Accessibility links
Montana Tribe Hoping To Finally Increase Coronavirus Testing The pandemic has exposed disparities in healthcare among people of color, and tribal communities are among the hardest hit. The state is trying to change that with free mass testing. 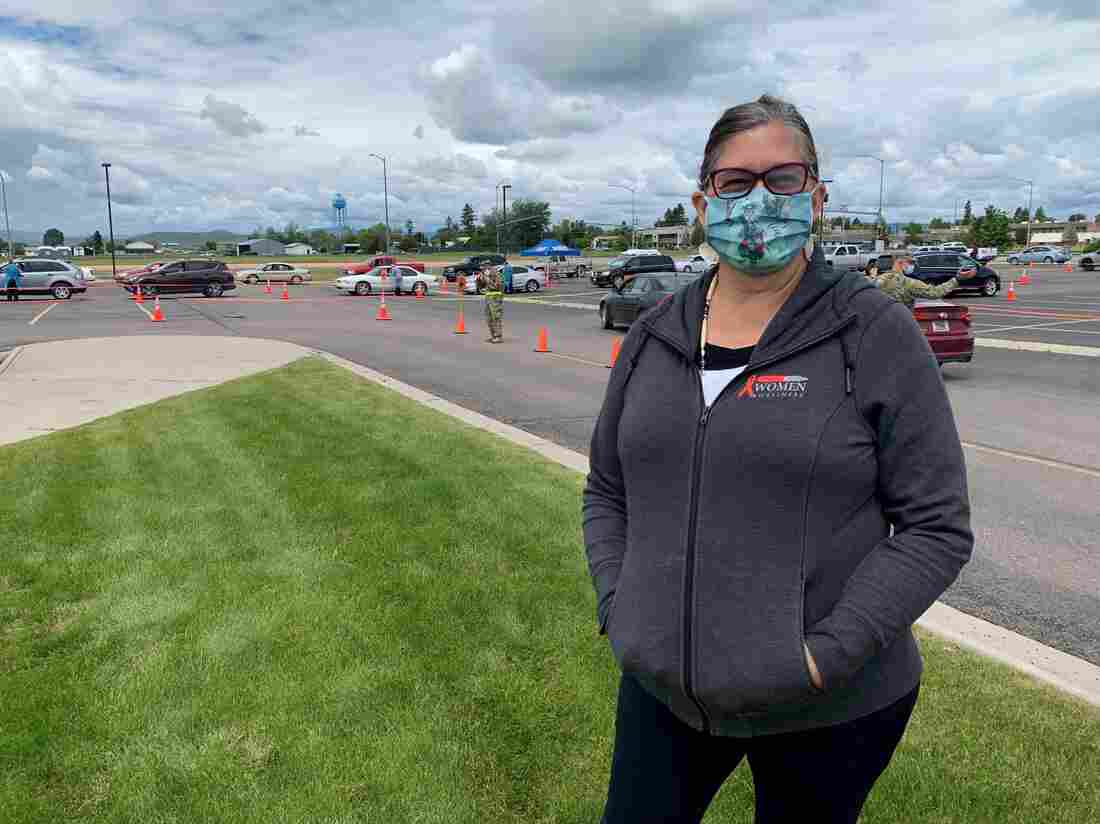 Confederated Salish and Kootenai tribal chair Shelly Fyant is worried COVID-19 case numbers will keep rising as Montana has opened up to out of state tourists. Kirk Siegler/NPR hide caption 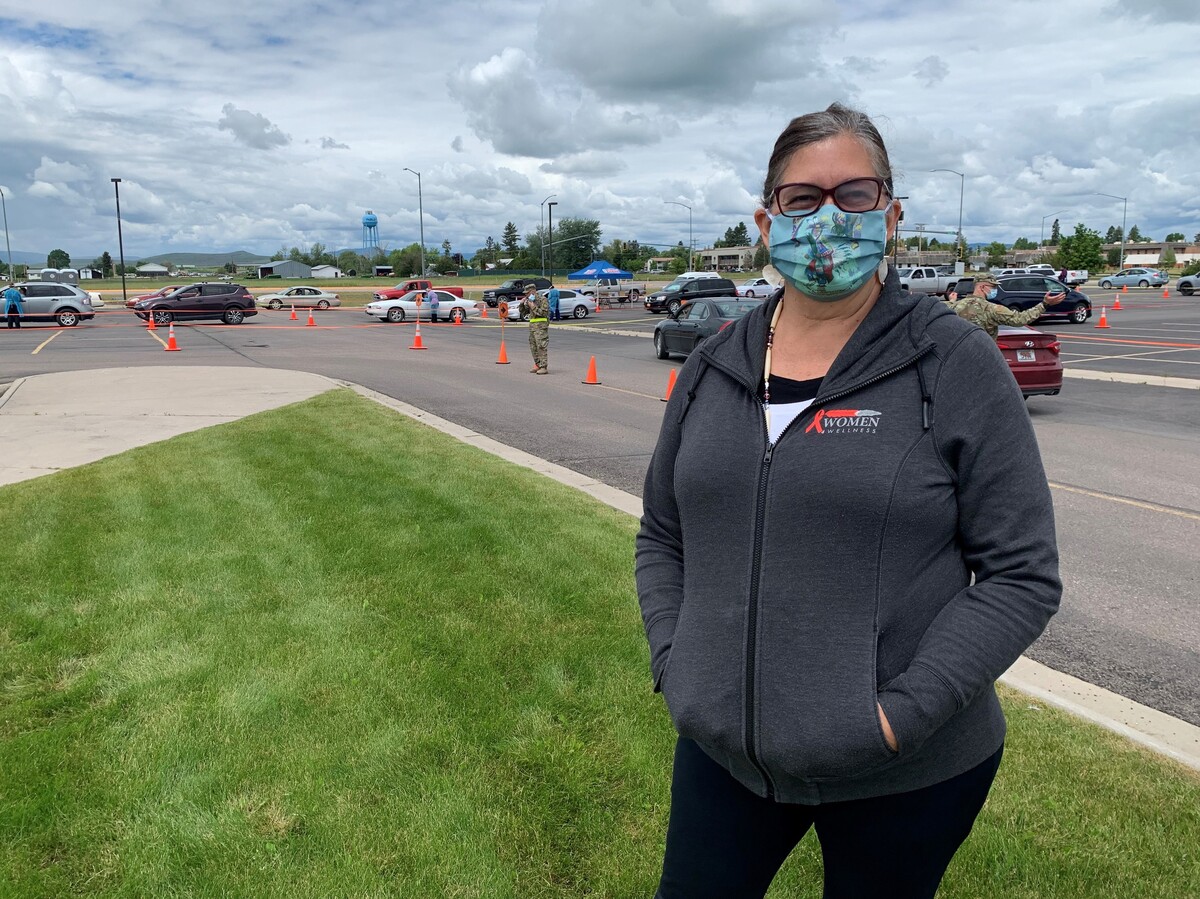 Confederated Salish and Kootenai tribal chair Shelly Fyant is worried COVID-19 case numbers will keep rising as Montana has opened up to out of state tourists.

More than three months into the pandemic, it can still be tough to get a coronavirus test, especially if you live in some of the country's more remote tribal communities.

Montana is finally trying to change that with "mass surveillance" testing events.

Until recently on the state's Flathead Reservation, you could only get a test if you were showing COVID-19 symptoms. So Eric Van Maanen was grateful to hear of a free day-long testing event in the parking lot of Salish and Kootenai College.

Van Maanen, 74, has been able to stay working ⁠— as a custodian ⁠— throughout the pandemic. But he came to get a test, he said, as a precaution. A month ago, he suffered a heart attack.

"That puts me at risk, so it's good to come and get it done," Van Maanen said.

As they waited in a long line in their car, Van Maanen's wife, Francine said she hoped getting tested would bring some peace of mind to she and her family. They'd just learned that someone they knew had passed away from the disease in the nearby community of Elmo, along the western shores of Flathead Lake.

"Some of the people brought it in from Washington," Francine said, "That influx of their relatives."

The Confederated Salish and Kootenai Tribes still have a shelter in place order. But the Flathead Reservation where they're located is carved up into a patchwork of non-Native and Native owned property, making enforcement difficult. Tribal leaders also say they noticed a large influx of 'snowbirds' returning to their vacation homes along Flathead Lake far earlier than normal, as cases spiked in other states.

CSKT chairwoman Shelly Fyant says the number of infections here is currently low but she expects that to change as Montana continues to reopen to tourists.

"We're on the route between Yellowstone and Glacier," Fyant said. "We're seeing a lot of out of staters ...we are worried."

Almost two-thirds of the tribe's enrolled members were already considered vulnerable health-wise before the pandemic. Rates of diseases like diabetes are disproportionately higher than national averages. There is also a large elderly population. 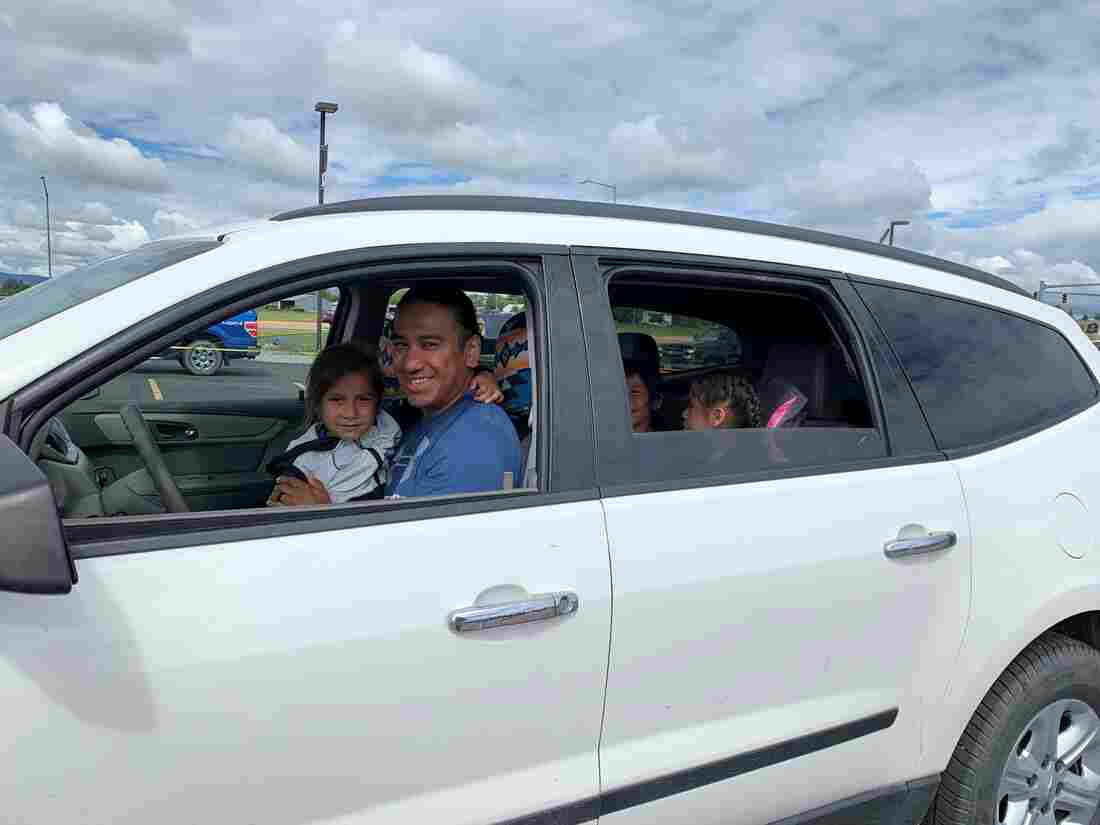 Dakota Swank brought his family to get free COVID-19 tests out of a precaution. Kirk Siegler/NPR hide caption 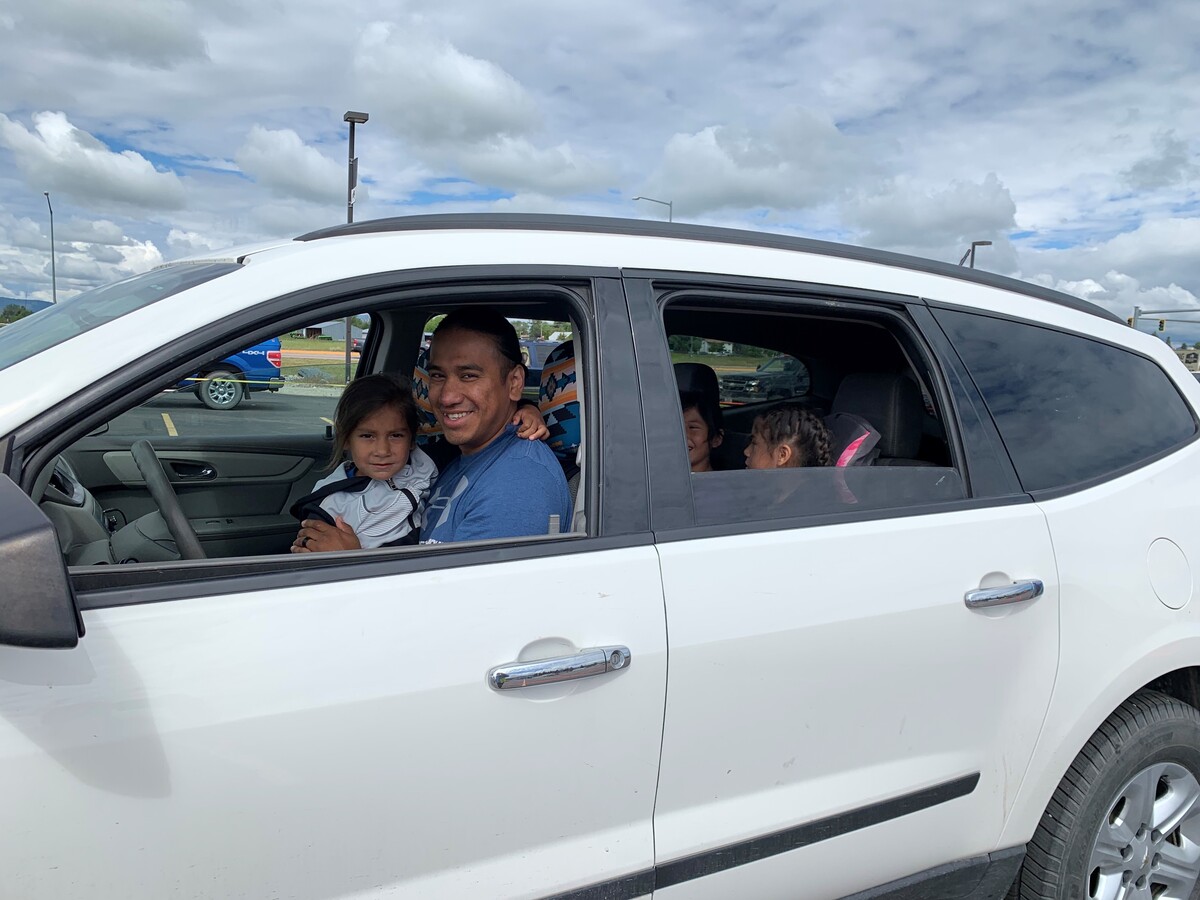 Dakota Swank brought his family to get free COVID-19 tests out of a precaution.

COVID-19 is seen as just the latest crisis to expose huge health disparities between Native and white populations in rural states like this. Fyant said the mass testing event will hopefully give her tribe some baseline data.

"Because we have no data to work off of," she said. "People were only getting tested if they were symptomatic."

There are wide disparities in testing even within Indian Country due to lack of infrastructure, according to statistics from the Indian Health Service.

Organizers were pleased with the turnout on the Flathead. Close to 2,500 people were tested over the the recent three-and-a-half-day event at four different sites on the reservation. Still, in the wider community, Francine Van Maanen said she thinks people aren't taking the virus seriously enough.

"I don't think they're taking their precautions as much as they should," she said. "They go out and they go shopping and they go gambling and all of these places you're exposed to other people."

The Van Maanens were told they may have to wait up to seven days to get their results, but they don't mind. They wear masks and said they don't go out much. But they added they think Montana reopened too soon.