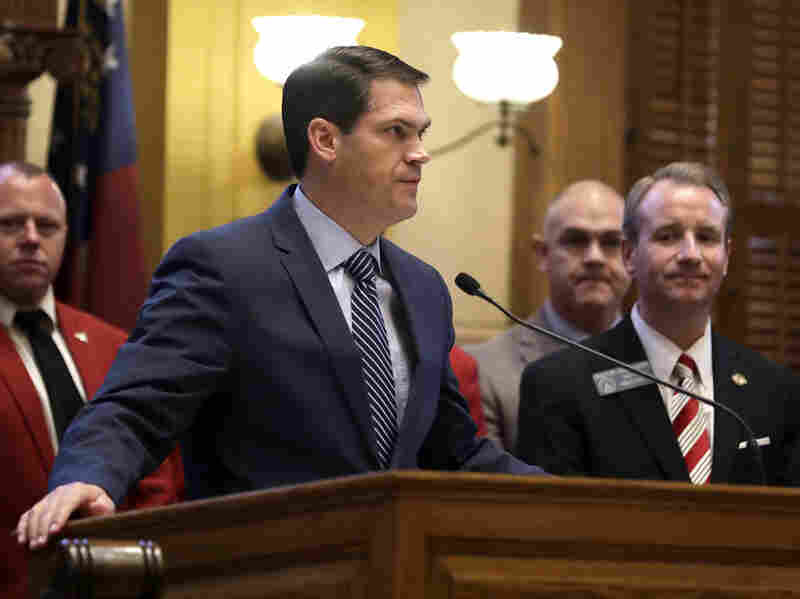 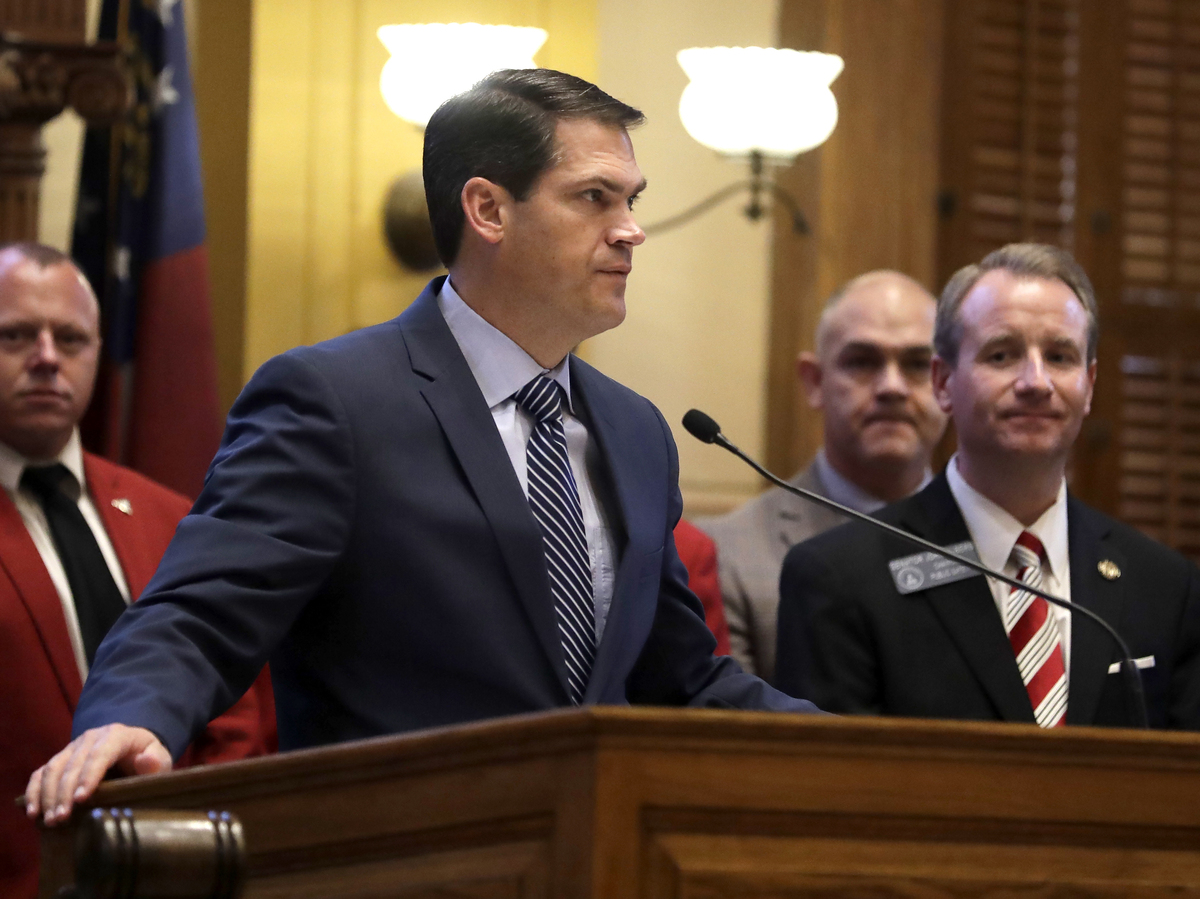 Lt. Gov. Geoff Duncan speaks on the floor of the Georgia State Senate on Feb. 4.

The state of Georgia is juggling three crises: a rising number of COVID-19 cases, problems with voting access as the general election approaches, and the killings of two Black men, Ahmaud Arbery and Rayshard Brooks.

Georgia hit a record high of new confirmed cases this week. But Lt. Gov. Geoff Duncan says he stands by the decision to begin opening up the state at the end of April.

"You can't just open a book and see exactly what to do and when to do it," he tells NPR's Ari Shapiro on All Things Considered. "This continues to be so valuable, for individuals to practice social distancing to the best of their abilities, to set up best practices inside of businesses. We're going to continue to take great strides in that direction."

The state is also reckoning with the deaths of Arbery, who was chased by three white men and fatally shot while jogging in South Georgia in February, and Brooks, who was shot and killed by Atlanta police in June.

In the aftermath, Georgia state lawmakers met to push for a hate crimes law. The bill passed the state legislature on Tuesday and now heads to Gov. Brian Kemp, who has indicated his support. Georgia is one of only handful of states that currently does not have such legislation on the books.

Earlier this month, many Georgia voters encountered long lines and delays during the primary election on June 9, due to logistical problems and technical issues that seemed to disproportionately affect Black voters.

Duncan discusses the state's urgency to find solutions to these crises in tandem.

On how the state should address the rise in coronavirus cases

I think we continue to make sure that we understand hot spots. I think that was a huge lesson learned by all 50 states. But we know that when we flood the zone with messaging, with PPE, with hospital resources and ventilators and all of the other tools and resources that we've learned over the past three months, that that absolutely is an imperative step.

On why it took so long to pass a hate crimes bill, and why he pushed for it now

Certainly there is a sense of urgency. The absolute tragedies that have played out all across the country — they have been brought into our living rooms, including mine, sitting on the couch with my three kids, trying to explain to them what was happening and what were the remedies.

On explaining this moment to his kids

Well, we walked through it, and that was a great example of the [state] General Assembly. Every day, my kids wanted to see what the progress was [on the hate crime bill], and my oldest son asked, the day that we passed the bill out of the Senate, tapped me on the shoulder, early that morning, and said, "Can I go to work with you?" So I was able to have my oldest, 18-year-old son, who's going to go off to college, be by my side, watching us pass what no doubt will be a story told way longer than anybody will ever remember me.

On polling place issues that resulted in long lines

I think the greatest starting point for all of us is to make sure that every voice is heard and every person has an opportunity to vote that shows up to the polls and we're going to continue to make sure that happens.

Dave Blanchard, Art Silverman and Justine Kenin produced and edited the audio version of this story.