Accessibility links
House Votes For Making D.C. The 51st State. Trump And The Senate Say No The Democrats who control the House want to make a political point with a vote to make the District of Columbia the 51st state. The GOP opposes it. 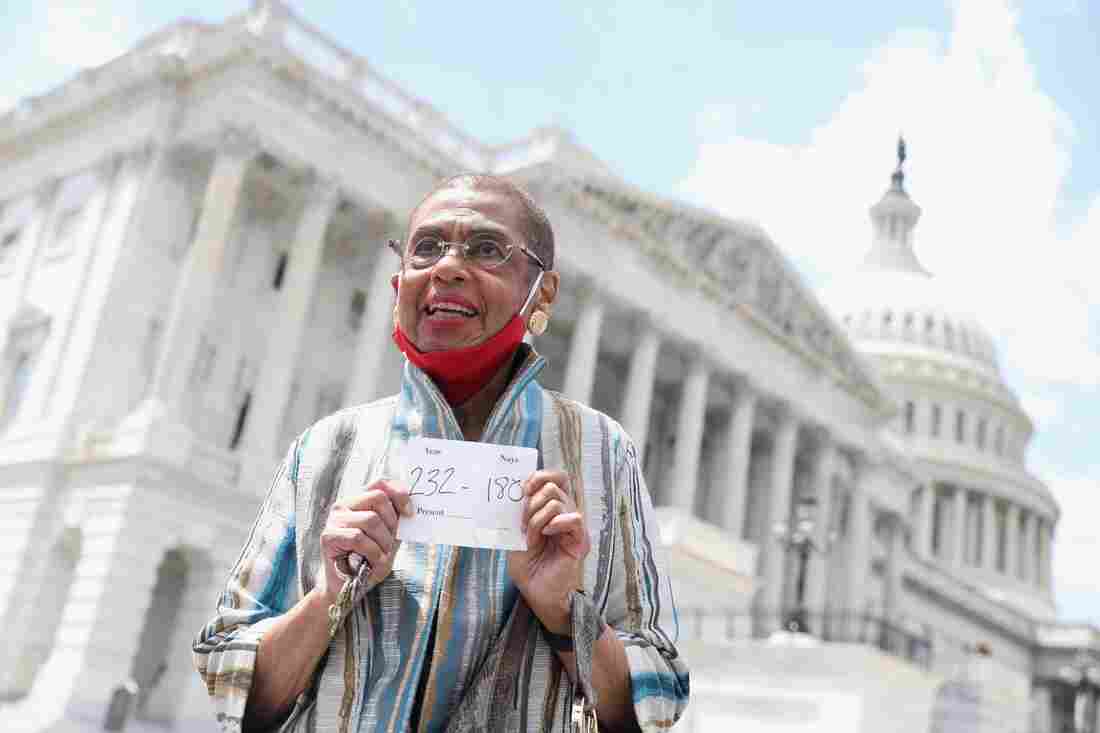 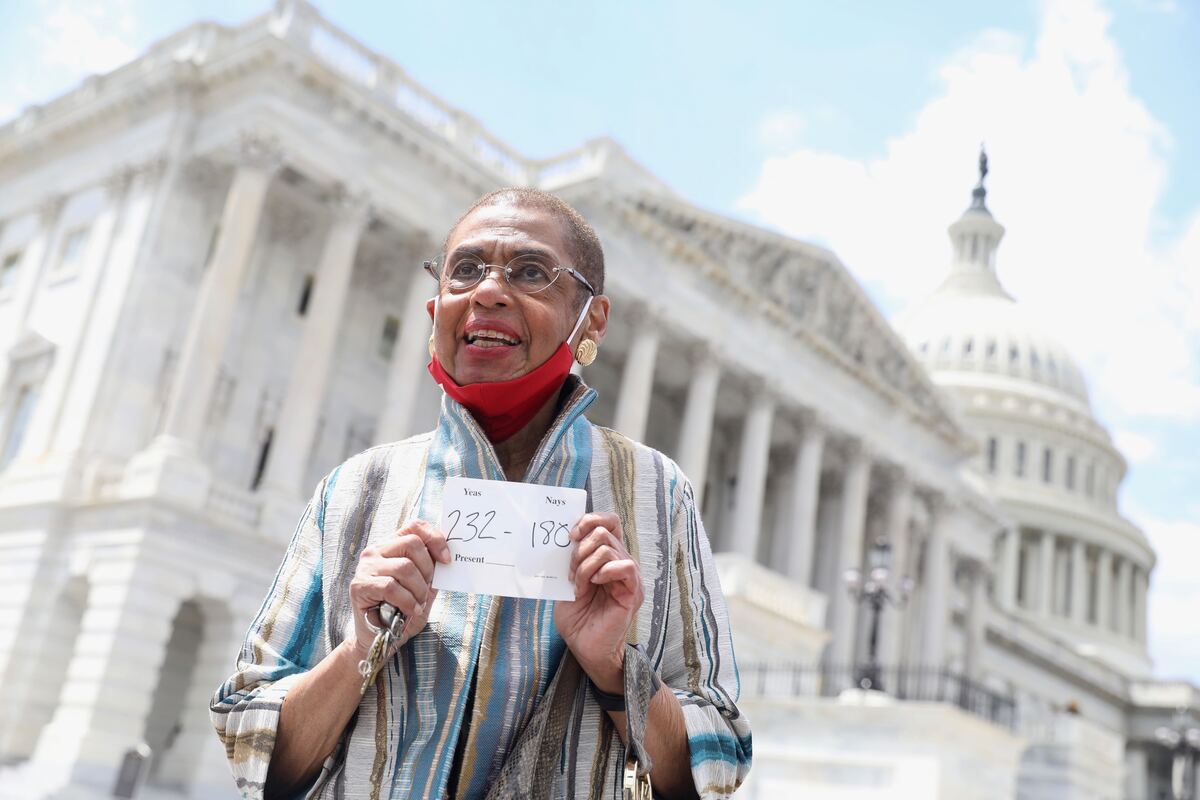 Delegate Eleanor Holmes Norton, D-D.C. stands outside Capitol Hill following the House's approval of her bill to grant statehood to the District of Columbia.

The vote was 232-180 largely along party and the legislation is expected to go no further in the face of opposition by Republicans in the Senate.

For decades, Washington, D.C., license plates have bemoaned the District of Columbia's lack of statehood, reminding viewers in bold blue letters of its "taxation without representation."

Despite having a population larger than that of Vermont or Wyoming, the District's 700,000 residents don't have anyone voting for their interests on the floor of the House or the Senate.

The bill was sponsored by the District's nonvoting delegate, Eleanor Holmes Norton, and the vote on it was announced last week by House Majority Leader Steny Hoyer, D-Md.

"My great-grandfather, who walked away from slavery in Virginia, got as far as the District of Columbia — got to freedom, but not to equality," she tells All Things Considered's Ari Shapiro. "And so what I think of this bill, at least for my family: I dedicate it to my great-grandfather, Richard Holmes."

Friday marked the first time since 1993 that Congress voted on D.C. statehood, an issue that has been debated for decades.

Norton remembered serving in Congress during that vote.

"We got more votes, by the way, than we thought we would," she told Shapiro.

Continued Norton: "It failed then because the House was dominated by Southern Democrats who tended to be conservative on many issues. We were pleased to have them as Democrats, but we could not pass that bill. ... So times change, and they have changed remarkably, and they are ready now, it seems certainly in the House, to make the District the 51st state."

Today's Democrats have tried to play up what they call their emphasis on voting, representation and racial justice, all of which underpin the political strategy on the D.C. statehood vote.

Passage in the Republican-controlled Senate is another story.

Senate Majority Leader Mitch McConnell, R-Ky., told TV host Laura Ingraham last year that any Democratic push for D.C. statehood is "full-bore socialism on the march in the House" and that "as long as I'm the majority leader of the Senate, none of that stuff is going anywhere."

President Trump has also scoffed at statehood efforts, telling The New York Post in May: "Why? So we can have two more Democratic — Democrat senators and five more congressmen? No, thank you. That'll never happen."

On Wednesday, the Trump administration issued a statement formally opposing Norton's bill and vowing that if the bill ever reached the president's desk, he would veto it.

And on Thursday, Republican Sen. Tom Cotton of Arkansas spoke on the Senate floor for 18 minutes to express his outrage over statehood efforts, calling it a power grab by Democrats.

"If Washington deserves to be a state, at 700,000 residents, how much more does New York City deserve to be its own state at 8 million residents?" he asked.

New York City residents already are represented in Congress via their state delegations to the House and the Senate.

Cotton also argued that Wyoming, while smaller than Washington in population, is a "well-rounded working class state."

"What vital industries would the new state of Washington represent? Lobbying? Bureaucracy?" he asked. "Give me a break. By far, the largest group of workers in the city are bureaucrats and other white collar professionals."

Senate Democrats, including Hawaii's Brian Schatz, faulted what they called the unfair standard Cotton was applying.

DC residents are Americans who pay federal taxes and they shouldn't get screwed just because Tom Cotton doesn't think they have the right jobs. https://t.co/IT3YLozu0H

"We pay taxes like every other American state. We fight and die in wars like residents of every state. And we deserve the same opportunity to have a voice in how our nation is governed," White tells NPR.

White says that even if statehood doesn't get a vote in the Senate this year, he believes the bill's passage in the House would represent a significant step forward.

"The D.C. statehood bill passing the House will elevate the profile of this issue, and as more Americans realize how uniquely disenfranchised D.C. is, I think it will increase the calls for D.C. statehood across the country," White says.

A 2019 Gallup poll indicates a long road ahead in shifting national opinions on D.C. statehood: 64% of Americans surveyed said they thought the District shouldn't be a state.

Want to know more about the District of Columbia's history and how its self-governance changed over time? WAMU has you covered.