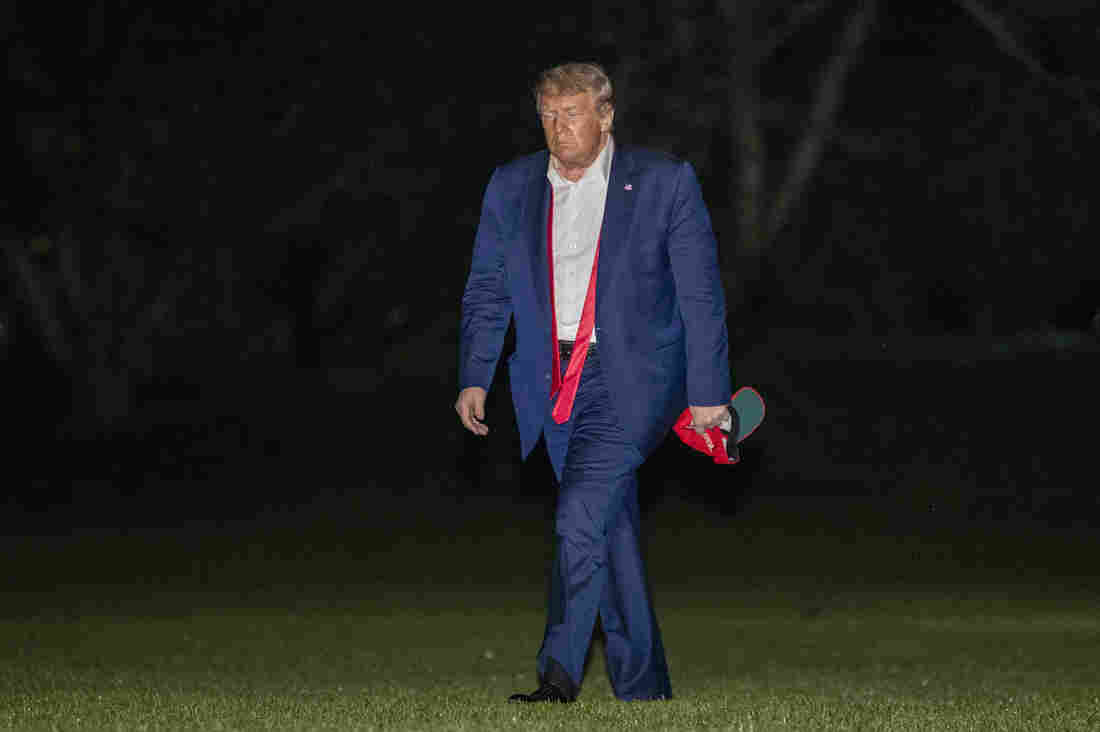 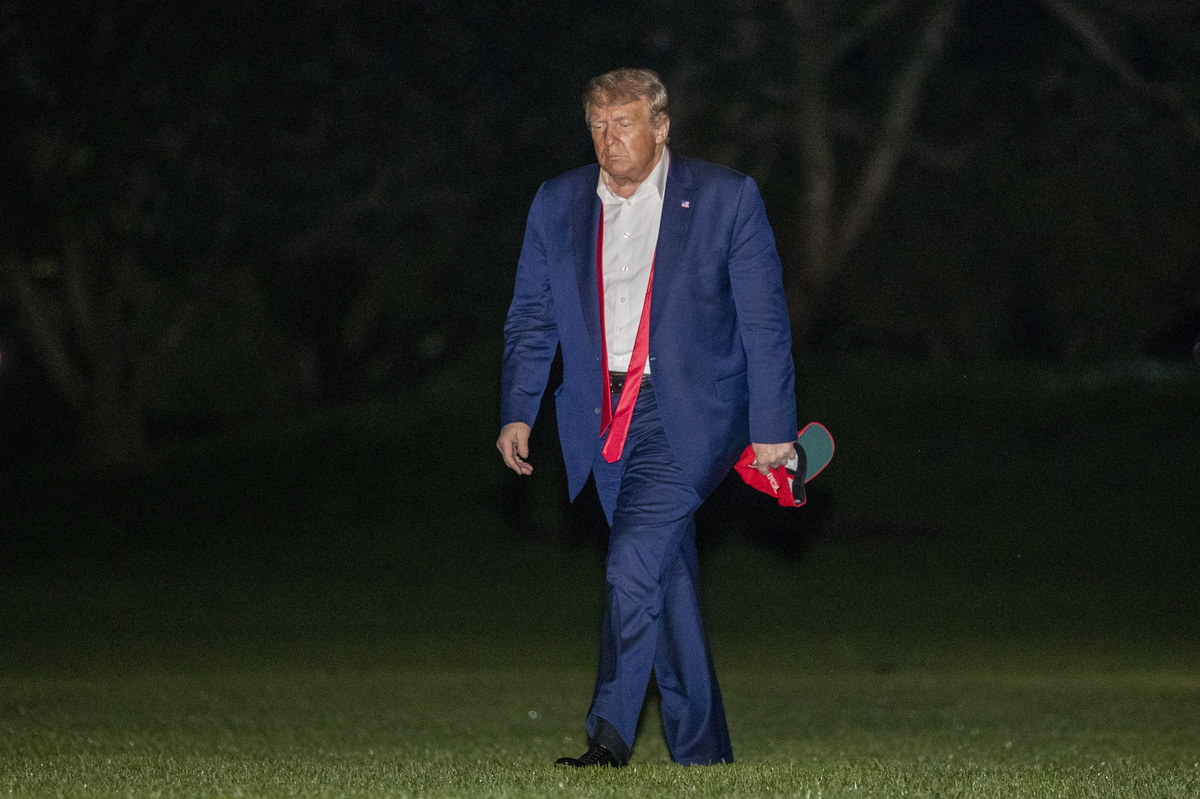 Just 40% of Americans approve of the job President Trump is doing and 58% disapprove, an NPR/PBS NewsHour/Marist poll finds.

After weeks of protests against police brutality and racism, and amid a renewed spike in coronavirus cases, the number of voters disapproving of the job President Trump is doing is at an all-time high, a new NPR/PBS NewsHour/Marist poll finds.

What's more, a whopping 49% of voters "strongly disapprove" of the job Trump is doing. That kind of intensity of disapproval is a record never before seen for this president or any past one.

In the general election matchup, former Vice President Joe Biden leads Trump by 8 percentage points, 52% to 44%. That's a considerable margin, and it's especially important that Biden is above — not just reaching — 50%.

But it's not as wide a lead for Biden as other surveys have found recently. And it's not dissimilar to what the NPR/PBS NewsHour/Marist poll found earlier this month. Then, Biden led 50% to Trump's 43%.

But Biden leads or is eating into Trump's margins with groups Trump won in 2016, including independents, whites, white men with college degrees and voters 65 and older.

Trump, for example, won white men with college degrees in 2016 by 53% to 39%. In this poll, Biden leads 54% to 42%. And for all the dissatisfaction about Biden voiced by young voters in the Democratic primary, 63% of voters ages 18 to 29 choose Biden over Trump. That's a higher percentage than the 55% Hillary Clinton won in 2016.

The one group Biden continues to underperform with slightly is Latinos — 59% of Latinos said they'd vote for Biden over Trump, but Clinton won 66% of their votes in 2016.

A major shift in American politics appears to be solidifying in America's suburbs. In 2016, Trump won the suburbs 49% to 45%. In this poll, like in other polls, however, Biden is ahead in the suburbs, 60% to 35%. That is a major shift, one that was seen in the 2018 midterms and that handed Democrats control of the House of Representatives.

The high level of disapproval and Biden's lead also coincide with two-thirds of Americans saying earlier this month in the poll that Trump has mostly increased tensions since George Floyd's death at the hands of police in Minneapolis.

The bad news for the president also comes on the heels of an underwhelming rally in Tulsa, Okla. His campaign had promised an overflow crowd and outdoor festivities and speeches, which never came to fruition.

These are all eyebrow-raising numbers, and Trump's handling of race and the coronavirus may have done irreparable damage to him, but his core voters are still enthusiastic for him — 90% of Republicans approve of the job he's doing and 91% say they would choose him over Biden.

And Democratic strategists believe this is a low-water mark for Trump and expect a tightening of the race as the election gets closer.

The survey of 1,515 registered voters was conducted from June 22 through June 25, with live telephone callers via cellphone and landline by the Marist Institute for Public Opinion. The poll has a margin of error of +/- 3.5 percentage points.