Accessibility links
Interview: Patton Oswalt And Liz Garbus On 'I'll Be Gone In The Dark' Comedian Patton Oswalt helped finish his late wife Michelle McNamara's true-crime book about the Golden State Killer, I'll Be Gone in the Dark. Now, it's being adapted into a six-part series for HBO. 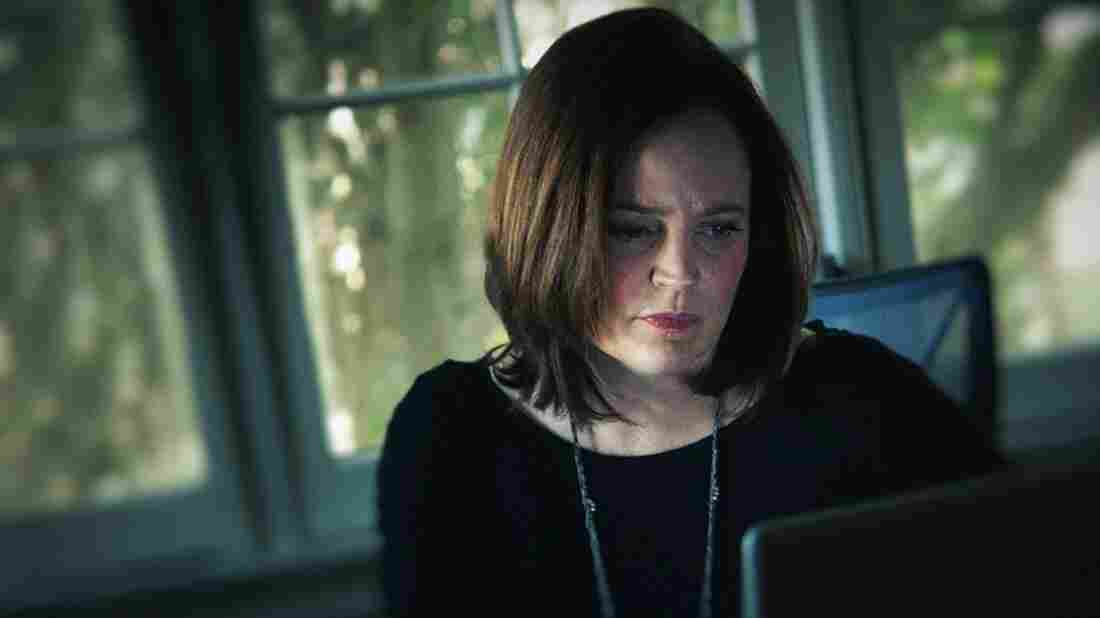 Michelle McNamara, as seen in the HBO adaptation of her book I'll Be Gone in the Dark. Robyn Von Swank/HBO hide caption 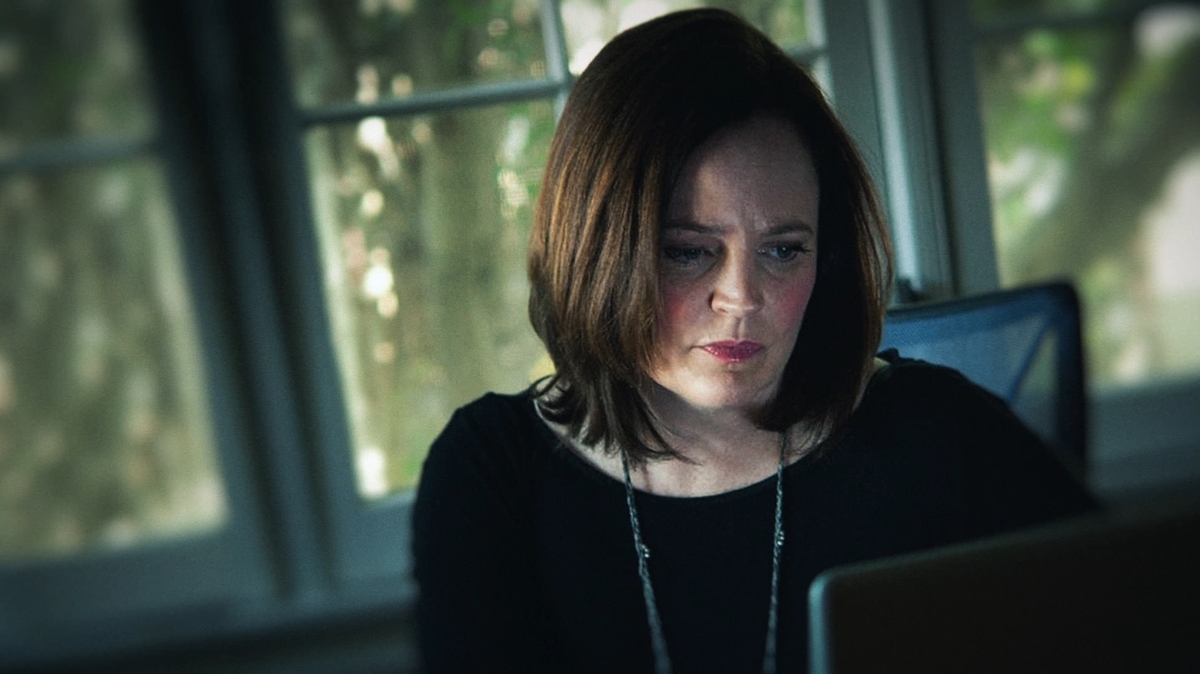 Michelle McNamara, as seen in the HBO adaptation of her book I'll Be Gone in the Dark.

In the 1970s and '80s, a string of violent, terrifying crimes went unsolved around California. The perpetrators got nicknames: The Visalia Ransacker. The East Area Rapist. The Original Night Stalker.

And then in 2013, true-crime writer Michelle McNamara connected the dots in a remarkable article for Los Angeles Magazine. She suspected they were all the same person, and she gave him a name of her own: the Golden State Killer.

Two years ago, police caught him. But McNamara never saw it. She died in 2016, of an undiagnosed heart condition and an accidental overdose of prescription medications, while working on a book about the case. Her husband, the comedian Patton Oswalt, helped to finish her book, I'll Be Gone in the Dark.

Now, HBO has adapted the book into a docu-series, directed by Oscar-nominated director Liz Garbus. Oswalt says his late wife made such a good detective because she had "a lot of cop instincts. The two main ones — being very, very dogged in the face of following the wrong lead for a while and not getting discouraged. And also the ability to, when questioning people and talking with them, to just sort of fall back and go silent and let them — the less you ask people, weirdly enough, the more they will talk."

Garbus adds, "What I love about Michelle's backstory is, you know, she came to L.A. and she was this aspiring writer and she worked on, you know, I don't know, America's Craziest Cop Chases ... But then she got a job working for a private investigator and like sitting on stakeouts, you know, and so it was kind of like there's two sides to her — the screenwriter and and then the lady on a stakeout."

On why they decided to make this series now

LG: First of all, when HBO sent me the manuscript, I didn't know about Michelle McNamara. I didn't know about the Golden State Killer. So my mind was was blown on both fronts. And Michelle just had this voice that I related to so, so deeply. I mean, first of all, she was just an incredible writer. And second of all, just as a mother and a working woman, and all of the things that she was trying to balance in her life, I really related to that.

NK: How did you make it through that?

I don't remember. Sloppily and badly. You're more like, I want to embrace life now rather than going over and over again. How, I mean, how I got through it was I woke up every morning and I went to bed every night and tried to, you know, just walk my way out of it. But you realize very quickly that you're not walking out of it. You're being put through it. So it's kind of out of your control.

On McNamara's role in solving the crime

... one of the good things has come out of this is that the survivors have gone to every one of his court hearings, and he cannot meet their gaze. They all look at him, and he can't raise his head and look at them. He's so reduced.

PO: Well, I mean, even before the DNA, the fact that she gave him the name the Golden State killer — and this is going to sound a little sick, but, you know, he was not given a cool name. And there is, unfortunately, a branding aspect that goes with solving a lot of cold cases, where if the killer doesn't have a cool name, it slips from the public's consciousness

On where they were when suspect Joseph James DeAngelo was arrested

PO: Oh, well, we were both in the lobby of the Sofitel in Chicago. We had done a book event the night before. And then the next morning, we're all getting up to fly to New York and we're all getting texts that he had been caught. And we're like, what in the hell?

LG: It was our first day of filming. We thought we were going to Chicago to just kind of do a chill shoot at a book event, a light lift. And then like Patton said, [we] woke up early. My cameraman was already on a flight somewhere else. And then all of a sudden we find out this has happened, and we're shooting Pat with an iPhone.

On the possibility of meeting Joseph DeAngelo

PO: It's not that I want to meet him. I just want to ask him the questions that Michelle has for him at the end of her book. You know, I would love it if I could just sit down and convey her question to him and see if he answers or not. I mean, one of the good things has come out of this is that the survivors have gone to every one of his court hearings, and he cannot meet their gaze. They all look at him, and he can't raise his head and look at them. He's so reduced.

This story was produced for radio by Bo Hamby and Matt Kwong, and adapted for the Web by Petra Mayer