Accessibility links
Coronavirus Task Force Flags Rising Cases, Renews Calls For Vigilance Vice President Pence acknowledges that key parts of the country are seeing new infections but said the U.S. has made progress overall and that the task force is working closely with affected states. 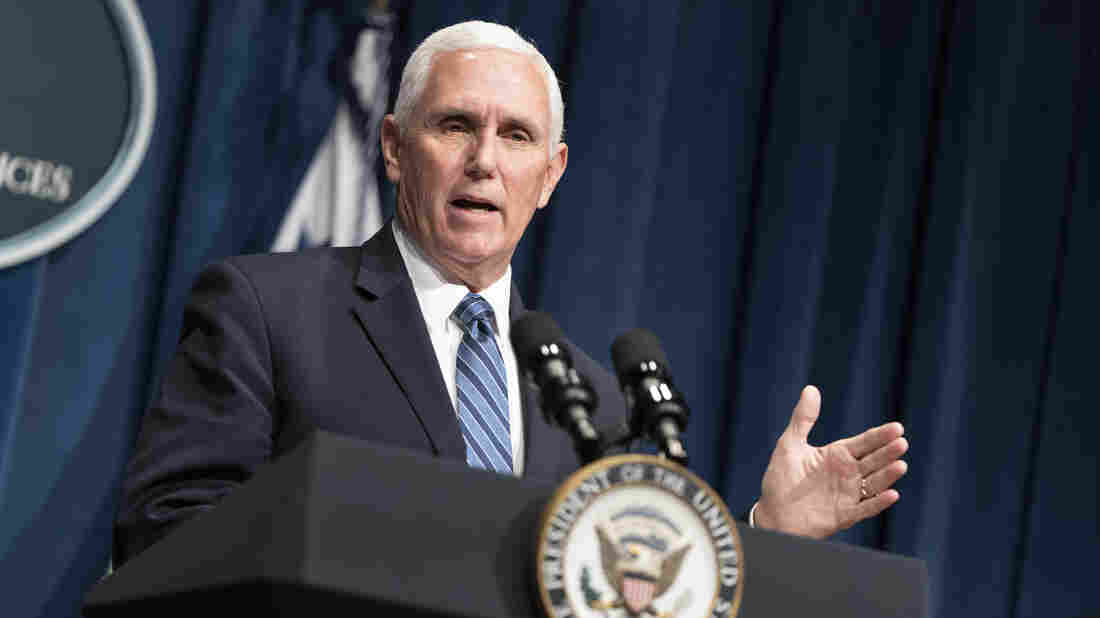 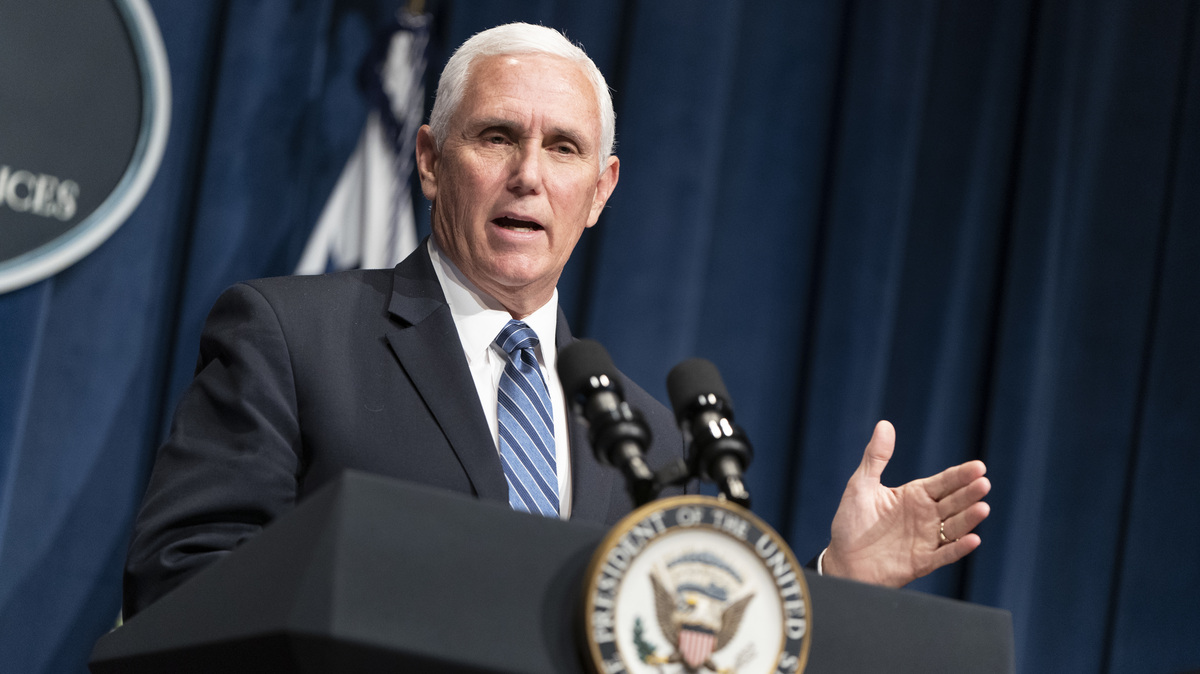 The White House Coronavirus Task Force renewed calls for vigilance on Friday, acknowledging rising cases across Southern states and in parts of California.

The U.S. set a new daily record for cases on Thursday, but Vice President Pence insisted "this moment is different" than what the U.S. was grappling with two months ago, noting that the percentage of people requiring hospitalization from the virus was considerably lower than it was early on during the pandemic and that the number of fatalities is declining.

"We're in a much better place," Pence said. But he urged young people to take precautions to avoid spreading the disease to those more vulnerable.

The group's first briefing in weeks, held at the Department of Health and Human Services rather than at the White House, comes as states move ahead with reopening.

CDC: At Least 20 Million Americans Have Had Coronavirus. Here's Who's At Highest Risk

The nation's leading health experts continue to struggle with how best to test for and contain the virus.

Dr. Anthony Fauci, director of the National Institute of Allergy and Infectious Diseases, on Friday said he did not want to assign blame for the resurgence of the virus, but he directed young people to take better precautions when assessing their risks.

"A risk for you is not just isolated to you, because if you get infected, you are part — innocently or inadvertently — of propagating a dynamic process of the pandemic," he said.

"If we want to end this outbreak — really end it, and then hopefully when a vaccine comes and puts a nail in the coffin — we've got to realize that we are part of the process."

The Washington Post on Friday reported that experts are considering "pool testing" patients, which would test groups of people at once, rather than a single test for each individual.

This method would allow for testing centers to conserve resources by testing multiple people at once. If a test of these clusters returned positive, then individuals from the group would be tested individually.

Friday's news conference caps off a month that included a relaunched travel schedule for President Trump as well as a rise in cases of COVID-19 — the disease caused by the coronavirus — in at least 20 states.

Public health experts have warned against large public gatherings such as the ones hosted recently by Trump, which many attended without wearing masks. But Pence insisted Friday that Americans have the right to choose to exercise their free speech and said they should keep in mind official guidelines and local case rates.

Pence has also recently restarted his travel schedule and plans to meet next week with governors and officials in Texas and Arizona to talk about the spikes in confirmed cases of the coronavirus in those states. Texas announced a "pause" to its reopening this week, with additional closures implemented on Friday.

"While you see in the news over the past week or so we have rising cases and outbreaks in several Southern states, I want to assure you that our task force and our entire administration is working continuously with leaders in those states to respond," Pence said Thursday.

Widespread protests against police brutality, sparked by the recent killings of George Floyd and Breonna Taylor, have further increased concerns of the virus spreading.

To that point, the World Health Organization has said it "fully supports equality and the global movement against racism," and encouraged protesters to take all safety precautions to help limit the spread of the virus at demonstrations.