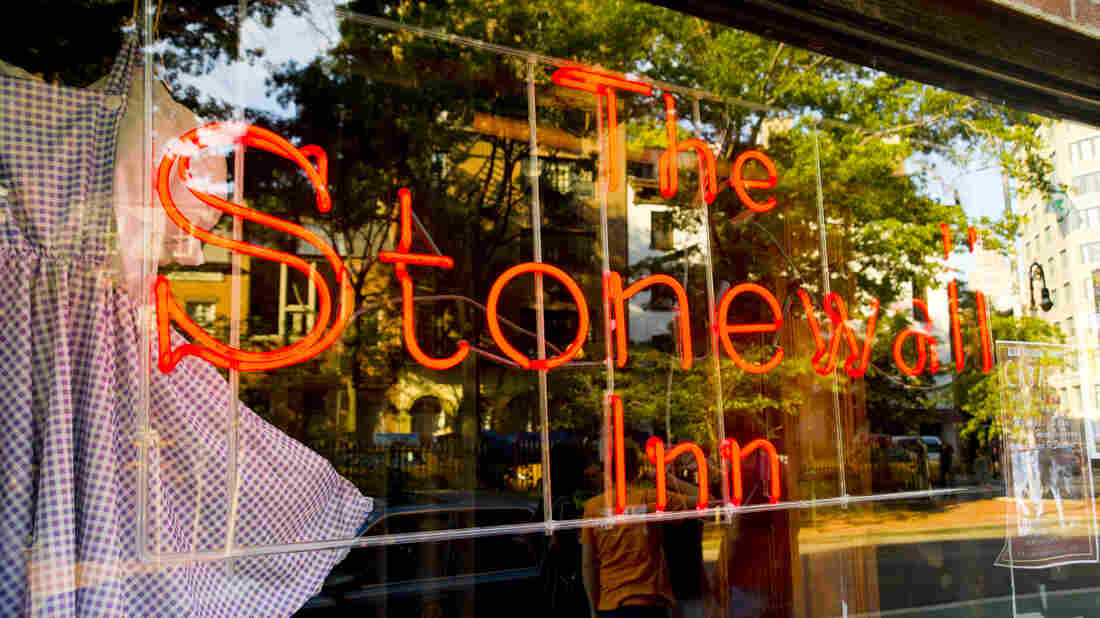 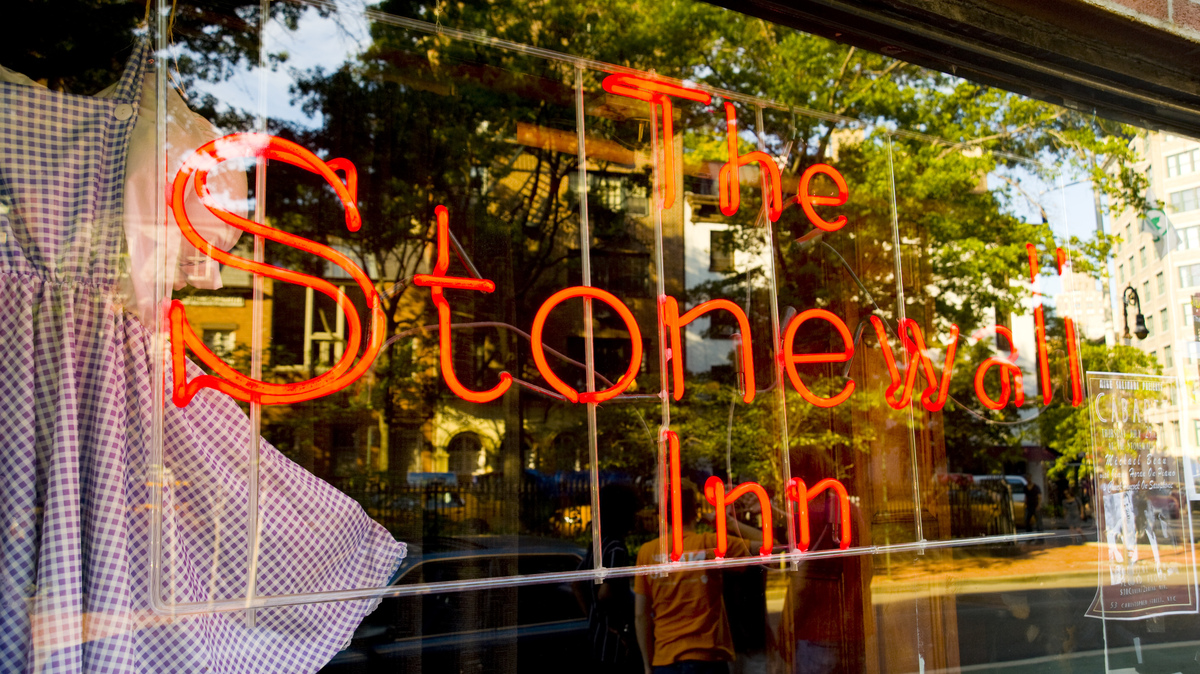 The 1970 New York City Pride Parade commemorated an uprising at the The Stonewall Inn the year before.

This weekend, the world is observing the 50th anniversary of the first New York City Pride Parade, that celebration of LGBTQ identity known for its floats, feathers and corporate sponsors. Because of COVID-19, there won't actually be a parade on Sunday. Instead, there's Global Pride, a 24-hour line up of performances and inspiring messages involving 500 organizations from all over the world.

"It's about helping individuals in the LGBTQ community know and understand that they're not alone," said Cathy Renna, a co-organizer.

But the first Pride parade didn't have celebrities or floats. It didn't even have speakers. It wasn't a parade at all, but a protest march.

"We set out to create a march on the first anniversary of the Stonewall Uprising. And if we hadn't done that, nobody would remember the Stonewall today," said Karla Jay, the first woman chair of the Gay Liberation Front and a retired women's and gender studies professor at Pace University.

The Stonewall Uprising, which some refer to as riots, was several days of demonstrations against police violence and systemic discrimination that could have been ripped from today's headlines. In 1969, the NYPD used billy clubs against protesters outside The Stonewall In, a gay bar. In response, the protesters slashed police car tires and broke the windows of businesses.

But Stonewall wasn't the only protest during that time - and it wasn't even the most intense. That designation often goes to the Snake Pit Riot, which lead to a man's death. But within a few days, flyers were already circulating that referenced Stonewall and called for a new kind of movement that wasn't polite and wouldn't stay in the shadows.

"I went down to the Stonewall the second night of the uprising - and there was a sign in the window that was hand-lettered from the Mattachine Society," Jay remembered. "And they said, 'Keep the peace. Cooperate with the police and go home and be quiet.' And I thought What? No! It's too late for that. And so when a group said, No, we're not going home, we're not going to be quiet, I said. 'These are my people.' "

When they started off, the marchers were few and brave. There were gay groups from Washington, D.C., and Boston, and college organizations from Rutgers, Yale and Columbia. Some transgender participants said that organizers asked them to march in the back, but they refused.

"The trans community said, 'Hell no, we won't go.' We fought for this as much as you did, or even started it," said Victoria Cruz. "And we just mingled throughout the crowd. There was no trans contingent. We just mingled."

The group began walking very briskly up Christopher Street, because participants were scared. There had been bomb threats. People worried they would be shot at or harassed again by the police.

Martin Boyce was there. He says he joked with others at the time that it was not the first march, but "the first run."

"I was worried about being single file, because I just watched a program on National Geographic about wildebeests. And I saw how the ones on the side were picked off. So I thought I would stay in the middle. But there was no middle," he said.

Reflections On What Makes This Pride Month So Significant

Reflections On What Makes This Pride Month So Significant

In archival film, the marchers look determined. Many wore long-sleeved, button-down shirts. They carried red, purple and yellow banners. The iconic rainbow flag had yet to be created. And they had signs on long wooden sticks that said "Gay Pride" and "I am a lesbian and I am beautiful."

When marchers reached Sixth Avenue, others started to join them.

"All of a sudden, I realized I was no longer alone," Boyce said. "There were people on my left, people on my right. Gays were joining us every three blocks."

The New York Public Library has an extensive collection of photographs from the parade.

Gay activists Lilli Vincenz and Cliff Witt produced a documentary of that day, interviewing people anonymously. In it, you can see that observers mostly watched in silence. People watched from the sidewalks, standing two or three deep, arms crossed. The documentary shows some shaking their heads and smirking a little, as if to say "Isn't this ridiculous?"

But there were darker notes from counter-protesters. There was a sign referencing Sodom and Gomorrah. One man told the filmmakers the march was a communist plot to divide America. He called it "disgraceful and disgusting."

The documentary Gay and Proud tells the story of the 1970 Gay Pride Parade in New York City.

But soon, the marchers started to relax and enjoy themselves. They held hands. They chanted things like, "Say it loud, gay is proud" and "Out of the closets and into the streets."

When the marchers got to Central Park, there were thousands of them.

There were no speakers, because the organizers hadn't thought they would even make it as far as the park. They had a "gay-in" instead, similar to the "be-ins" of the time. There was casual folk music. Men rested their heads on their lovers' stomachs, and women leaned on their partners' shoulders. They played kids' games like Red Rover. There was a kissing contest. The relaxed happiness in archival footage has some of the feel of Pride today.

Activist Victoria Cruz has pictures from Central Park that day. It was the first time she had publicly declared her identity like that, but she says she wasn't scared.

That evening, a similar march was held in Los Angeles. The following year came a march in Boston, and soon Washington D.C., London, Tel Aviv. And 50 years later, all those parades have come together to celebrate globally.