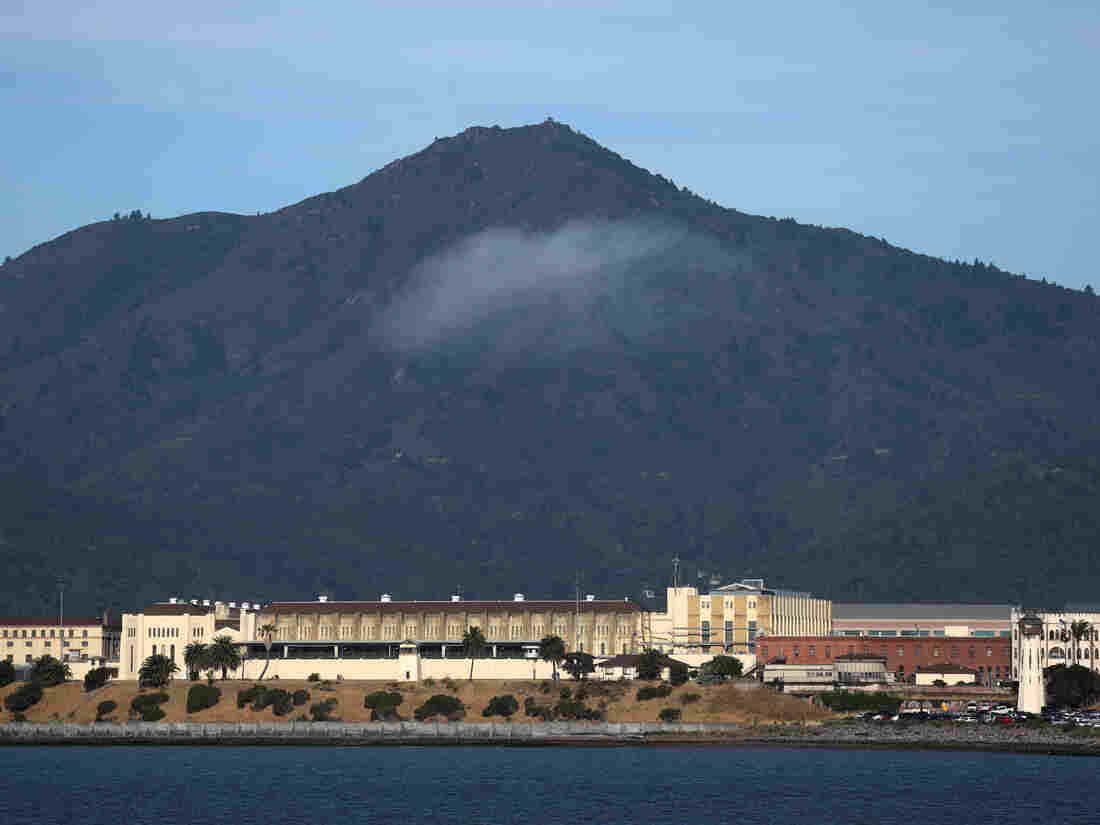 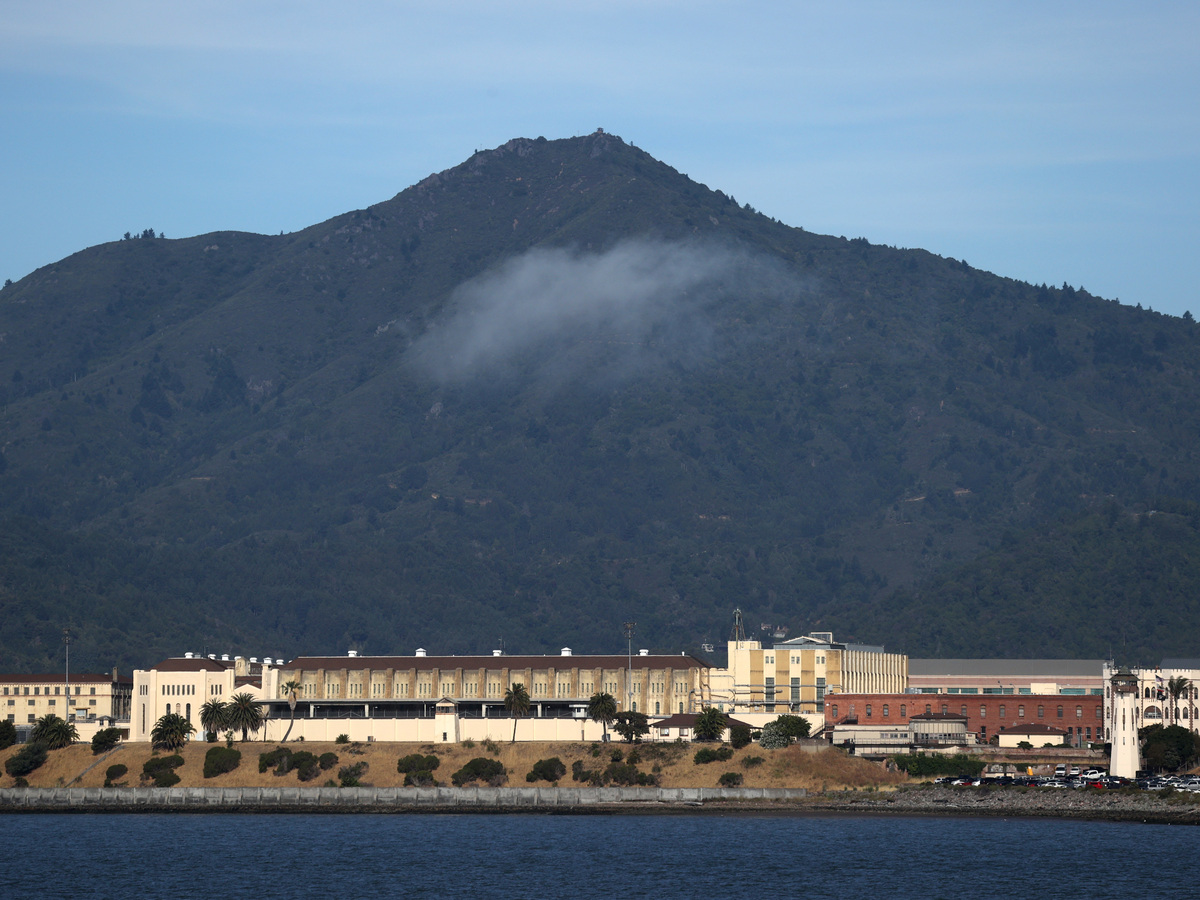 An explosion of coronavirus infections at California's San Quentin State Prison, the state's oldest, has public health officials there worried about its impact on prisoners, staff and the wider hospital system in the San Francisco Bay Area.

"Shocking, heartbreaking are certainly the words I would use to describe it," said David Sears, a physician and professor of medicine at the University of California, San Francisco. He recently toured San Quentin and warned officials about just such an outbreak.

"It's devastating how fast this has moved through the prison," he said.

There were no inmate coronavirus cases at the prison throughout March, April and May. Today, there are more than 600 infections. And the numbers are rising fast.

Public health officials and prison advocates say the outbreak was entirely preventable. They point to a transfer in late May of 122 inmates to San Quentin from an overcrowded state men's prison in Chino, where COVID-19 is ravaging the inmate population.

"Unfortunately, they arrived untested and were placed within San Quentin and really kind of seeded an outbreak in a second state facility," said Dr. Matt Willis, public health officer for Marin County, where San Quentin is located. "In the rush of trying to address that epidemic at Chino, that [testing] step may have been overlooked."

It's not clear why, during a deadly pandemic, the inmates were not tested upon arrival.

Willis said he's alarmed by the prison's rapid increase in cases and its potential impact on area hospitals.

"I'm concerned that we will see hundreds of more cases," he said. "Even if a small fraction of those people become so sick that they need to be hospitalized, it will stress our regional hospital system."

So far, no inmates or staff have died at San Quentin, which houses about 3,700 prisoners. But at least 20 inmates and two employees at other state prisons have died after contracting COVID-19. That includes 16 fatalities at the California Institution for Men in Chino.

In a statement, Simas said some inmates will be moved out of San Quentin next week to another prison facility. "The department is very concerned with the increase in positive COVID-19 cases in San Quentin, and in order to create more space to facilitate physical distancing, quarantine, and health care treatment efforts, CDCR will be transferring some inmates next week to North Kern State Prison," Simas wrote.

But some politicians and human rights officials said they worry that doing so may simply replicate last month's bungled transfer.

"It is the height of insanity that CDCR think they can follow the exact same plan and get different results," said James King with the Ella Baker Center for Human Rights, an advocacy center. "Moving people from one highly condensed prison to another just creates new hot spots and risks thousands of lives."

The center is calling on the Department of Corrections and Rehabilitation to expedite early release for thousands of vulnerable inmates.

The prison was to release about 80 nonviolent, eligible offenders who have 180 days or fewer on their sentences early to a state community custody program. It's not clear what, if any, impact the growing virus outbreak will have on those release plans.

Earlier this month, experts with UC San Francisco and the University of California, Berkeley toured the prison at the request of the body overseeing the facility. Overcrowding in the state's prison system and problems with its health care are subjects of a long-running legal case.

Afterward, the physicians warned the federal court-appointed receiver helping to oversee prison health care that "San Quentin is an extremely dangerous place for an outbreak, everything should be done to decrease the number of people exposed to this environment as quickly as possible."

The group of doctors recommended the prison take multiple, immediate mitigation steps. They included rapid, expanded testing, creation of an outbreak emergency response team, and reduction of San Quentin's population by half to avoid a potentially devastating outbreak there.

"Priority must be placed on reducing the prison population at San Quentin via decarceration as it will be extremely difficult to ensure the health and safety of all people in this extraordinarily old and complex facility."

Prison officials did not heed the warnings, health officials said.

"None of the cells except in one small area have walls on all sides," said Sears, the physician and UC San Francisco professor. He said that makes it "impossible, or nearly impossible, to effectively mitigate the spread of a virus within a prison that's overcrowded and was built over 100 years ago." Built in 1852, the prison is home to many older inmates and some who are in fragile health. Both are leading comorbidity risk factors for COVID-19, Sears said.

Despite the challenges of decarceration, Sears and his colleagues said quickly and carefully reducing the prison's population may be the only viable solution. "I know this is a politically charged topic, but this is a matter of public health and human rights" for inmates, staff, their loved ones "and the surrounding community in the Bay Area," he said.

Meanwhile, attorneys and families of inmates with the ad hoc group #StopSanQuentinOutbreak are also demanding urgent action to protect inmates and staff. They want more early releases as well more masks, hand sanitizer and cleaning supplies, among other moves.

Nationally, prisons and jails have come under withering criticism for failing to protect inmates and staff adequately during the coronavirus pandemic. A recent American Civil Liberties Union report alleged gross negligence and mismanagement.

"Despite having ample time and information to take the steps necessary to heed the warnings of experts and save the lives of those incarcerated in their prisons and jails, state governments across the country refused to adequately address the threat that the COVID-19 pandemic poses in jails and prisons," the report said.

Willis, Marin County's health officer, said California is moving toward setting aside one site to handle a surge of critically ill inmates for this outbreak and, potentially, others like it in prisons across the state. "A larger, single facility dedicated to this would protect community hospitals around the region," he said.