Accessibility links
Milton Glaser, Designer Behind The 'I ♥ NY' Logo, Dies On 91st Birthday Glaser co-founded New York Magazine and was also known for designing the poster of Bob Dylan with psychedelic hair.

Milton Glaser, Designer Behind The 'I ♥ NY' Logo, Dies On 91st Birthday

Milton Glaser, Designer Behind The 'I ♥ NY' Logo, Dies On 91st Birthday 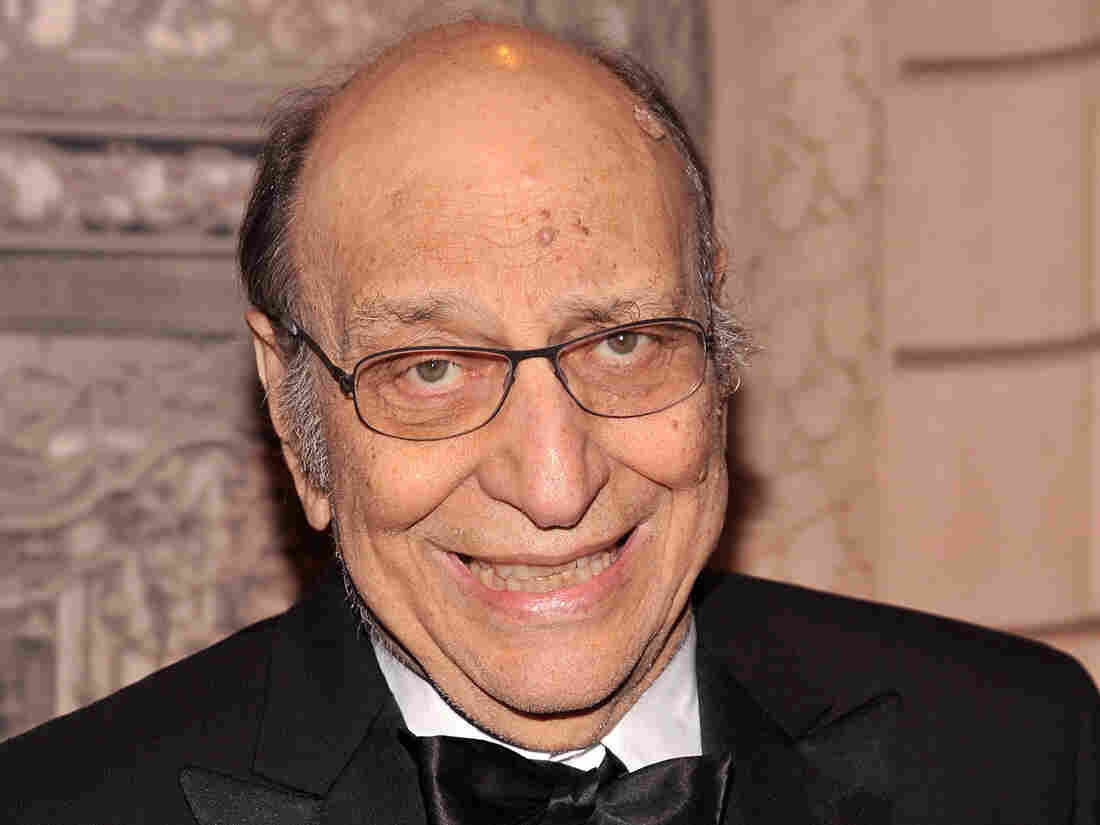 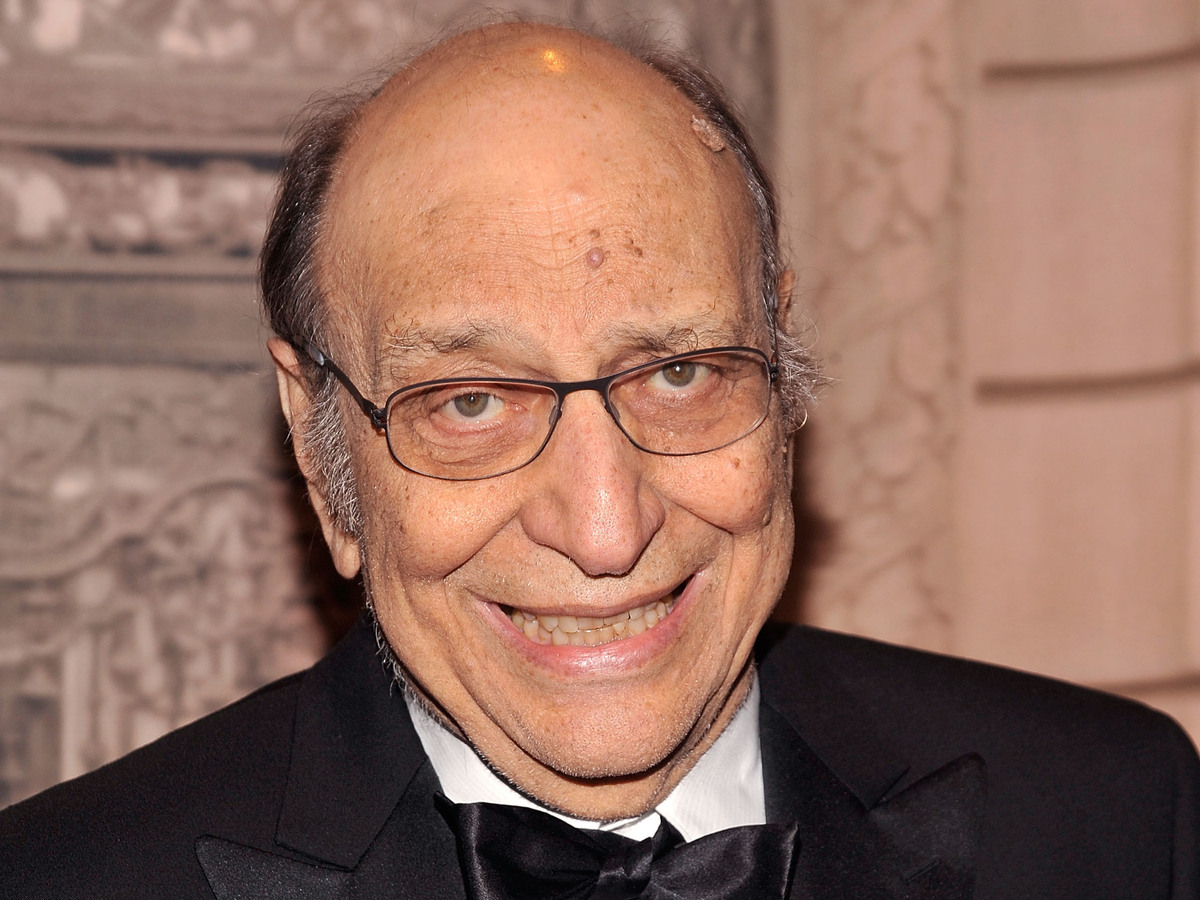 Milton Glaser, the graphic designer behind the iconic "I ♥ NY" logo, has died at 91.

Glaser's poster of Bob Dylan with psychedelic hair adorned the walls of Dylan's fans all over America. The co-founder of New York magazine died of natural causes on his birthday, according to the magazine's obituary.

"Around our office, of course, he will forever be one of the small team of men and women that, in the late sixties, yanked New York out of the newspaper morgue and turned it into a great American magazine," the magazine's city editor Christopher Bonanos wrote.

A New York native, Glaser was born in the Bronx on June 26, 1929. He studied at Cooper Union and formed the graphic design firm Push Pin Studios after graduating.

He designed the iconic "I ♥ NY" logo in 1977 as part of a tourism campaign for New York State. According to New York, Glaser came up with the logo in the backseat of a cab after pitching a different one to the city. He did the design free of charge, out of love for the city he was born and raised in. Since then, the logo has become as central a symbol of New York City as the Statue of Liberty. It has been plastered on t-shirts, mugs and keychains all over the nation. 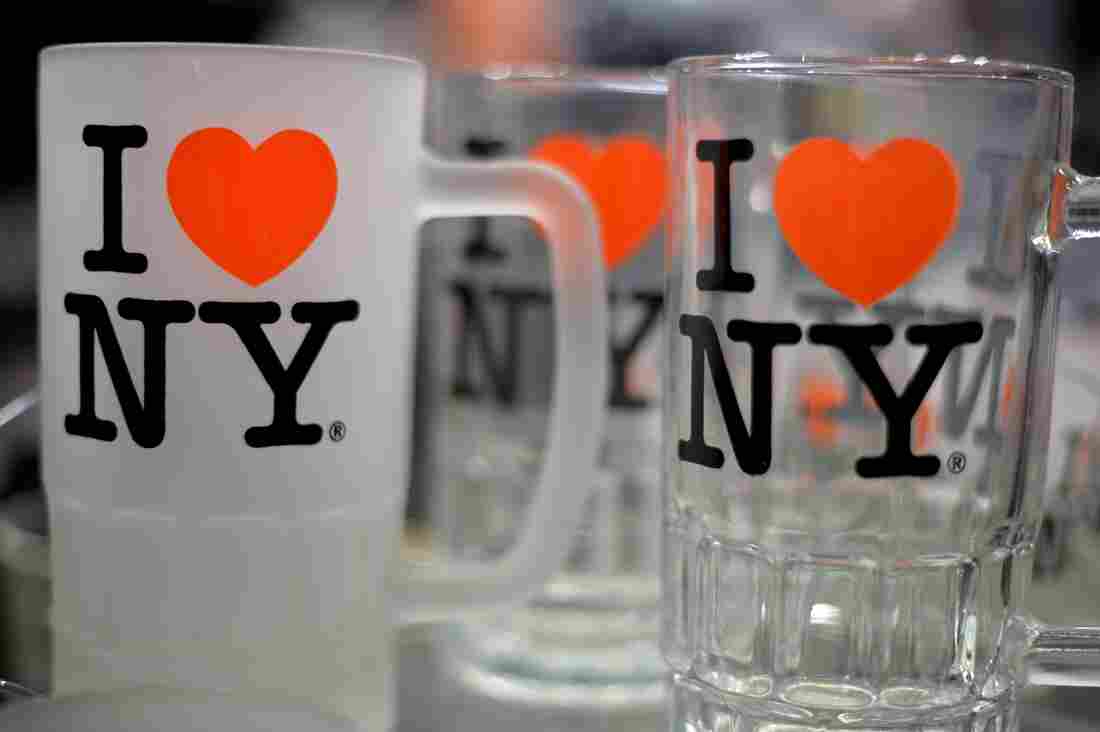 Glass mugs with the "I love New York" logo are seen in a souvenir shop in Manhattan on November 04, 2014 in New York. MLADEN ANTONOV/AFP via Getty Images hide caption 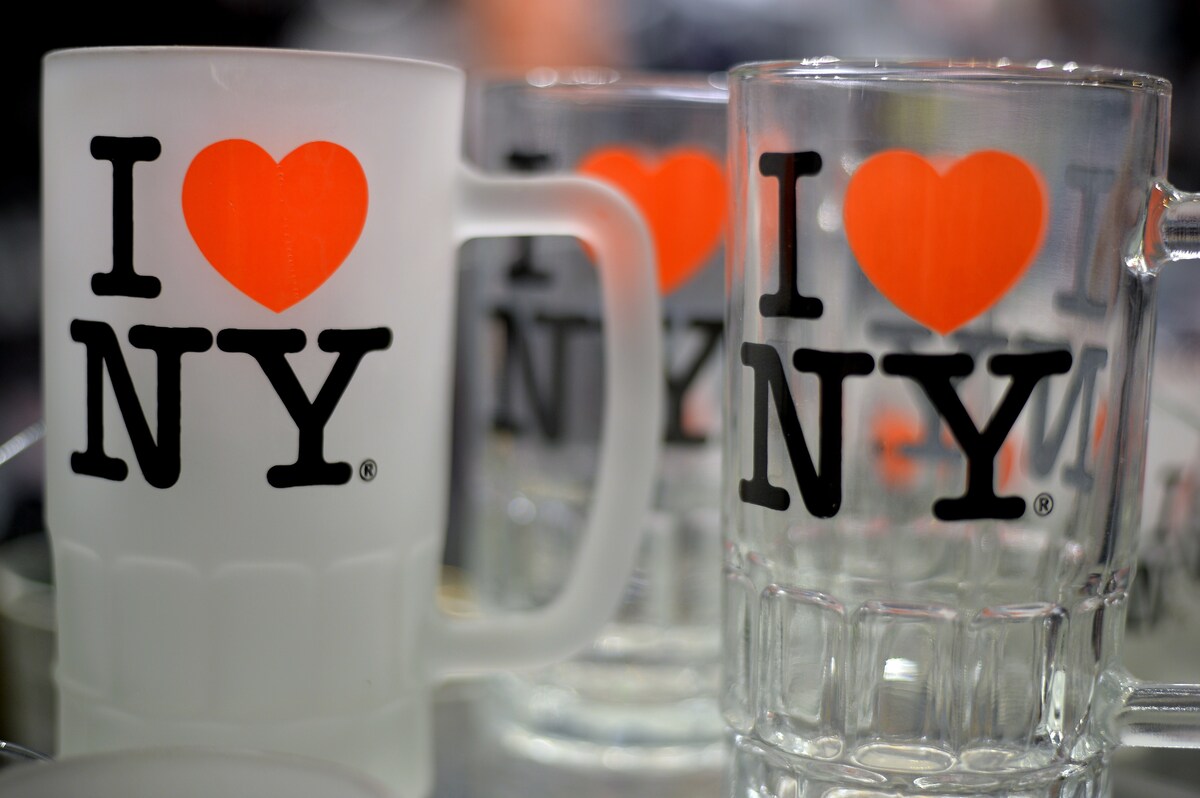 Glass mugs with the "I love New York" logo are seen in a souvenir shop in Manhattan on November 04, 2014 in New York.

The concept sketch for the logo, scrawled on a torn envelope in red crayon, is a part of the permanent collection at the Museum of Modern Art. The MoMA also keeps a lithograph of another version of the logo, created after the Sept. 11 attacks. Featuring a bruised heart, it says "I ♥ NY MORE THAN EVER."

"I'm flabbergasted by what happened to this little, simple, nothing of an idea," he told the Village Voice in 2011. "It just demonstrates that every once in a while you do something that can have enormous consequences."

Before the "I ♥ NY" became a symbol known across the U.S., Glaser burst into the graphic design scene with his poster of Bob Dylan. The poster featured a black and white outline of the singer's head, with wavy, colorful bands of hair bursting from his scalp. The design was inspired by Marcel Duchamp's work and Islamic art, according to New York. The poster was commissioned by CBS records and included in copies of Dylan's "Greatest Hits" album.

He told the New York Times in 2001 that the poster was meant as a freebie to encourage album sales. Like his New York logo would years later, his Bob Dylan design took on a life of its own.

Glaser is also known for creating the Brooklyn Brewery Logo and for his work on Mad Men. He is survived by his wife, Shirley.