Accessibility links
Review: 'Dark Blood Comes From The Feet,' By Emma J. Gibbon Horror may not be readers' first choice in times like this, but Emma J. Gibbons' new collection, influenced by both punk rock and classic literature, is full of great characters and genuine scares. 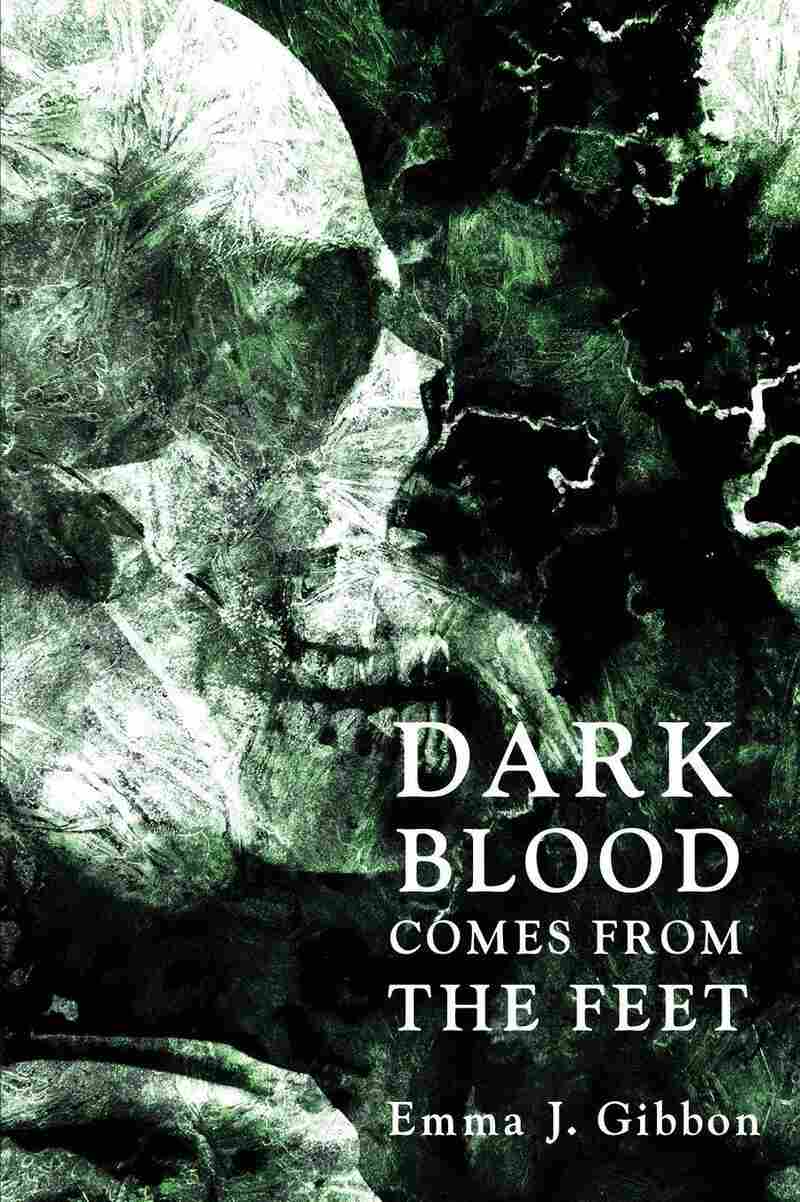 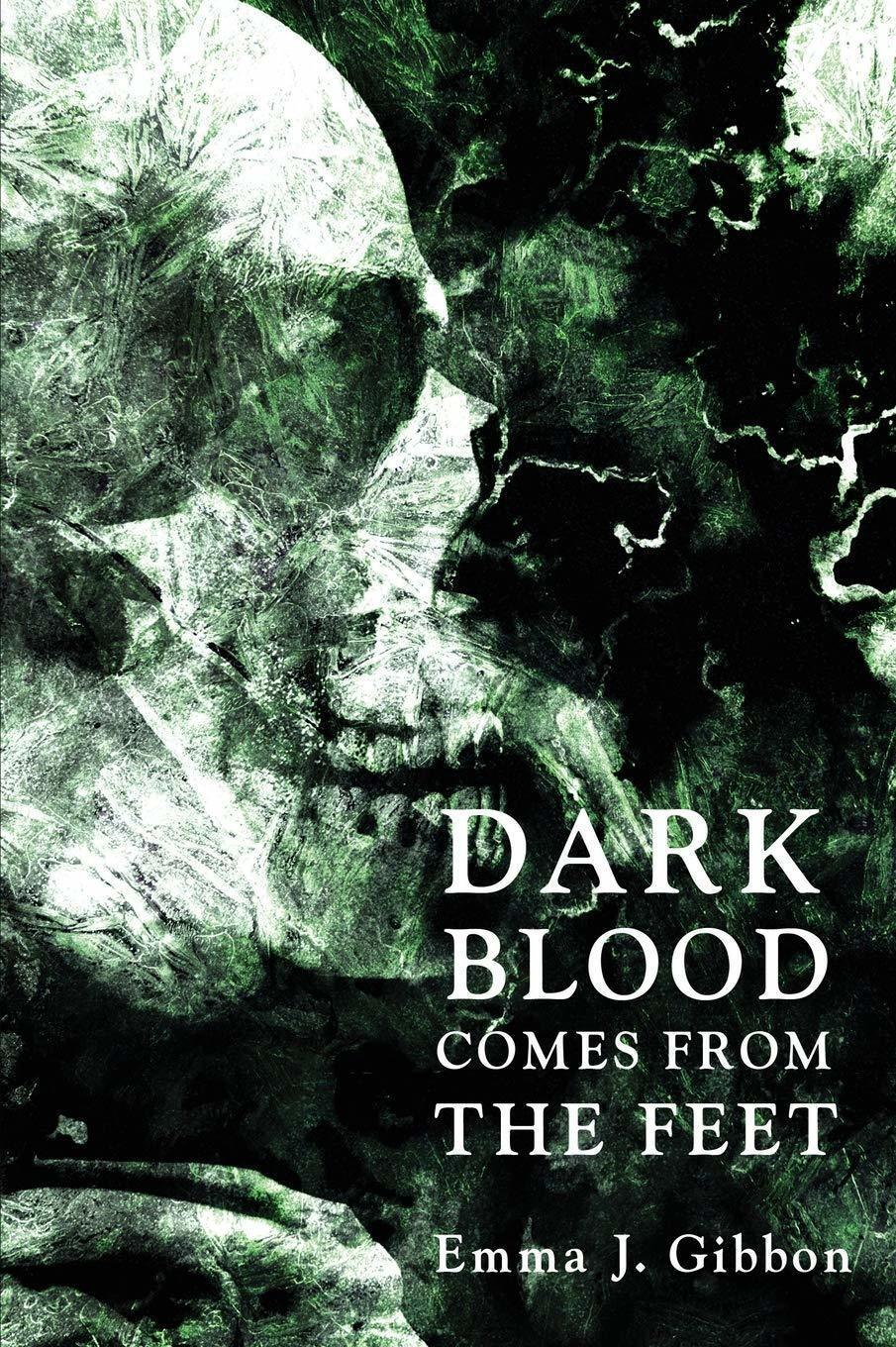 Horror isn't many readers' first choice during times like these. And while the prospect of wallowing in the murkier end of the emotional spectrum isn't exactly high on the list of anyone's self-care regimen right now, there's a lot to be said for confronting our demons on the printed page as well as in real life. Emma J. Gibbon gets it. The Maine-by-way-of-England author's debut collection of short stories, Dark Blood Comes from the Feet, is an assortment of seventeen scalding, acidic tales that eat away at society's thin veneer of normalcy, convention, and even reality. At the same time, these horrific confections leave a sweet aftertaste of humanity.

As with all great horror, Dark Blood puts its characters first. In "Janine," a reporter interviews a broken, middle-aged woman whose experience during her prom night in the '80s shattered lives as well as reality. It's the doom-laden, small-town fable of rich boy romancing a girl from the wrong side of the tracks, as if Stephen King had written Pretty in Pink instead of John Hughes.

Stories Within Stories Keep 'The Twisted Ones' Turning

"The Tale of Bobby Red Eyes" is more mysterious but no less sympathetic to its titular character. In it, a group of children set out to investigate a local urban legend. The ending isn't exactly happy. "If you say 'Bobby Red Eyes' three times in the mirror on Halloween, he'll be your reflection," whispers the story's narrator, and Gibbon builds that incantatory force until it's incandescently frightening. And in "The Last Witch in Florida," Gibbon etches an endearingly weird portrait of an elderly witch who's retired to the Sunshine State, stirring up magical mischief using pink plastic flamingoes and whatever she can scare up at the corner CVS.

Even when Gibbon's stories are charming character sketches, she invests them with a sense of urgency and a desperate momentum. These are people from trailer parks, with acne scars, burdened by personal ghosts. It only makes sense that Gibbon draws a lot of that fuel from punk rock and heavy metal, two subcultures near and dear to her. "The Limbo Lounge" imagines a tragicomic purgatory populated by strippers in love with the immortal sleaze of '80s hair metal. More substantial, "Sermon from New London" mixes post-apocalyptic desolation with cult horror — and matriarchal ritual based on vintage punk. Gibbon has cited Johnny Rotten as equally influential to her as Shirley Jackson, and "Sermon from New London" is spooky, snarling proof.

Jackson famously turned her settings into characters in their own right, and Gibbon follows suit in Dark Blood. The eponymous nightclub in "Black Shuck Tavern" seethes with Hollywood seediness and supernatural menace. More deeply, it taps into the mythology of urban existence, a kind of ancient foreboding that survives in a world of fractured concrete and blinking neon.

'Dark Blood Comes from the Feet' harrowingly captures the erratic pulse of today's strange world, a place in which the known and the unknown can't seem to make peace.

There's a tinge of Lovecraftian otherworldliness to the bizarre orphanage that serves as the stage for "St. Scholastic's Home for Children of the Sea." And in the vignette "Crab," a family's sunny day at the beach becomes the backdrop for the grotesque. Gibbon's writing verges on the plainspoken and direct, but she's also a Rhysling Award-nominated poet. A subtle lyricism lurks within her prose: "It was bulbous, shiny, a mosaic of military green and brown" is how she describes the rotting corpse of a sea creature that becomes a child's unlikely, ominous plaything in "Crab."

Gibbon doesn't shy away from tradition, to the point where she dares to tackle one of the most shopworn yet enduring tropes in horror: the haunted house. "Cellar Door" takes place in a modest New England home that comes to uncannily preoccupy the thoughts of its owner, a woman named Karen who is haunted in her own way. Her trauma-driven, unreliable narration only heightens the terrifying ambiguity of her surroundings. Gibbon wrote the story well before the COVID-19 pandemic, but it resonates unsettlingly in our age of quarantine and lockdown, when so many of us have been forced to spend more time in our homes — and more time dwelling on our mental states — than ever before. In much the same way, Dark Blood Comes from the Feet harrowingly captures the erratic pulse of today's strange world, a place in which the known and the unknown can't seem to make peace.