Accessibility links
The VA Resists Call To Make Its Motto Gender Neutral The Department of Veterans Affairs has a male-focused motto that some veterans and lawmakers say needs updating. 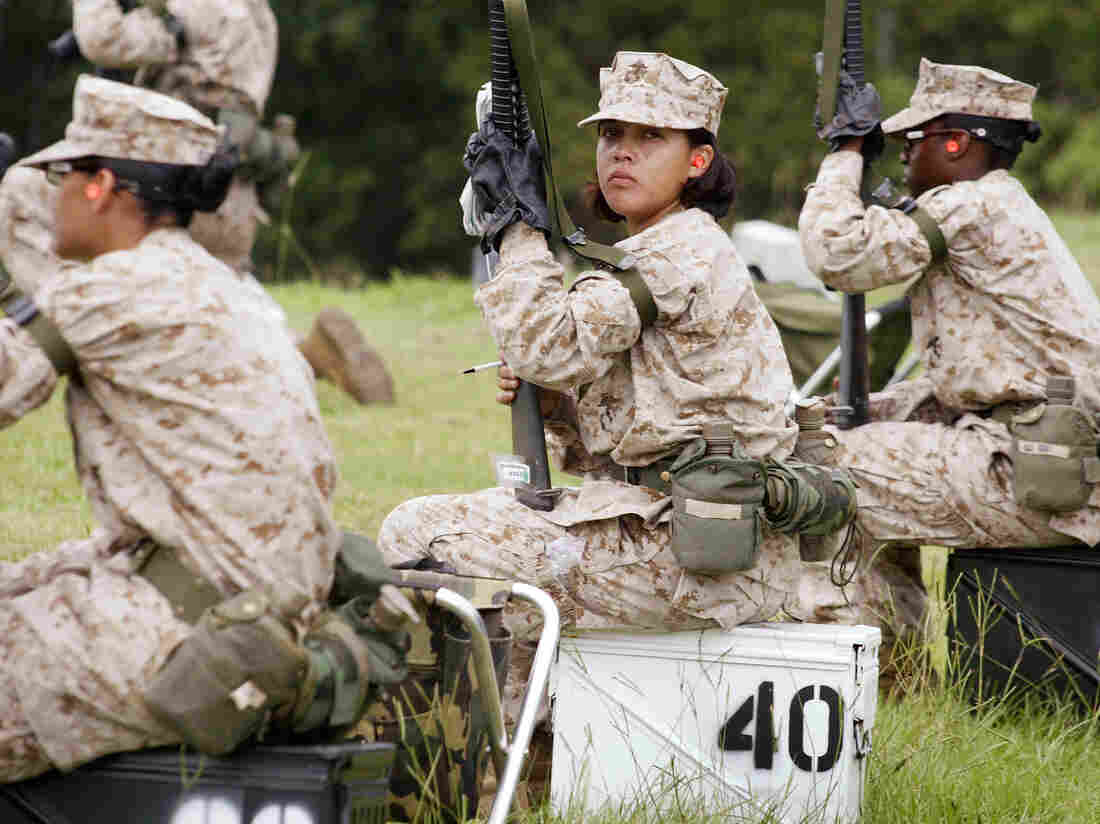 Female Marine Corps recruits train at the United States Marine Corps recruit depot June 21, 2004, in Parris Island, South Carolina. Some House Democrats and many veterans want the service of women and of all vets to be recognized in an updated motto for the Department of Veterans Affairs. Scott Olson/Getty Images hide caption 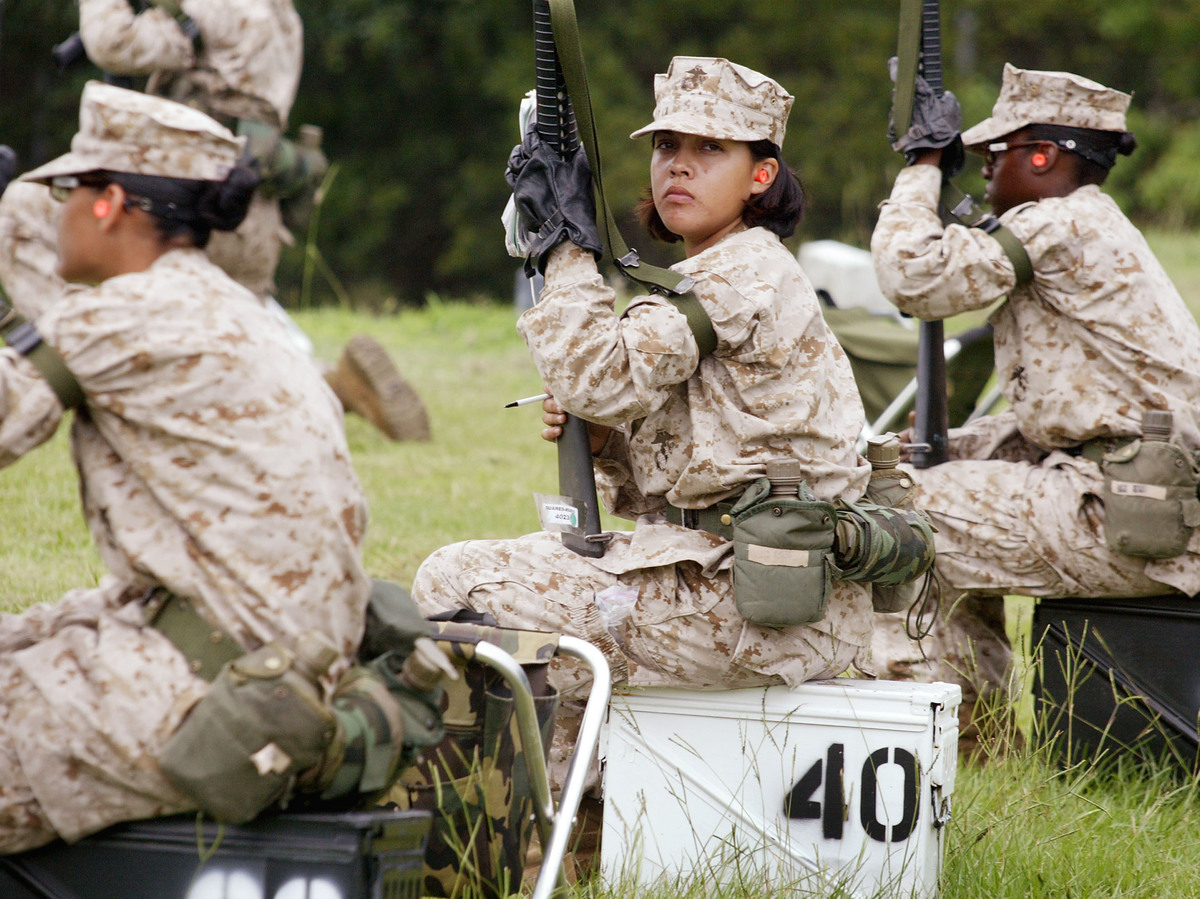 Female Marine Corps recruits train at the United States Marine Corps recruit depot June 21, 2004, in Parris Island, South Carolina. Some House Democrats and many veterans want the service of women and of all vets to be recognized in an updated motto for the Department of Veterans Affairs.

From Richmond to Seattle, cities are taking a fresh look at – and sometimes taking a sledgehammer to – statues of slave owners. U.S. military bases named for Confederate generals are under scrutiny, and the Marine Corps has banned Confederate flags. Some veterans would like to see this momentum help change the gender-exclusive motto of the Department of Veterans Affairs.

But the VA is doubling down, and planning to put additional plaques at 140 national cemeteries, bearing the line from Abraham Lincoln's second inaugural address that is its motto: "...To care for him who shall have borne the battle and for his widow, and his orphan."

The issue is that in all of America's wars, it was never just "him" bearing the battle. Women fired cannons in the Revolutionary War, led troops in the Civil War, flew bombers in World War II and the list goes on, right up to women fighting and dying alongside Special Forces in Syria.

"It should not be that difficult," said Sidney Covington, who served as a medic in Afghanistan. "Change it so that it's reflective of all service members who have risked their lives for this country."

Covington tells a story that's all too familiar for women at the VA, of being asked if she's the wife or dependent of a veteran – a male veteran. She'd like VA to change the motto to "...those who shall have borne the battle..."

"I'm not arrogant enough to say I want to change Abraham Lincoln's words," he said at a House Veterans Affairs Committee hearing in February 2019. He reiterated that point in his Memorial Day message this year.

Wilkie has argued it would be costly to change the motto on all of the VA's literature and facilities. But this year the department proposed adding plaques at most of the country's national cemeteries. VA spokeswoman Christina Noel said the new plaques will be in place by the end of the year.

"This was a direct quote from President Lincoln's second inaugural and is verbatim. The speech formed the basis of VA's subsequent creation and is part of our recognized mission," Noel said.

"Of course today, our mission is focused more broadly on the men and women veterans we treat in our medical facilities, provide earned benefits and inter in our national cemeteries and their families," she said.

The push for adding plaques at cemeteries spurred a letter from House Democrats this month, asking that VA adopt a new motto, to fulfill President Lincoln's promise and "reflect dedicated service to every veteran, regardless of gender or sexual orientation."

They suggest changing the motto to read, "To care for those who shall have borne the battle and for their families, caregivers, and survivors."

The veterans' advocacy group Iraq and Afghanistan Veterans of America has made updating the motto one of its top priorities – a survey of its members showed more support for changing the motto than leaving it unaltered.

A spokesman for the American Legion, a century-old veterans organization, pointed to a 2018 resolution against changing the motto. But the recent protests against inequality may have created a different political landscape.

"We certainly don't want to change what Abraham Lincoln said," Tennessee Rep. Phil Roe, a Republican, said during a Veterans Affairs hearing this month. "But it's time in the 21st century to change it to 'those who have borne the battle,' which would include all our veterans, whomever they may be."