Accessibility links
Lin-Manuel Miranda Sees The 'Language Of Revolution' In 'Hamilton' And Today Lin-Manuel Miranda says his musical Hamilton, which starts streaming on Disney+ this week, shows "everything that's past is present." 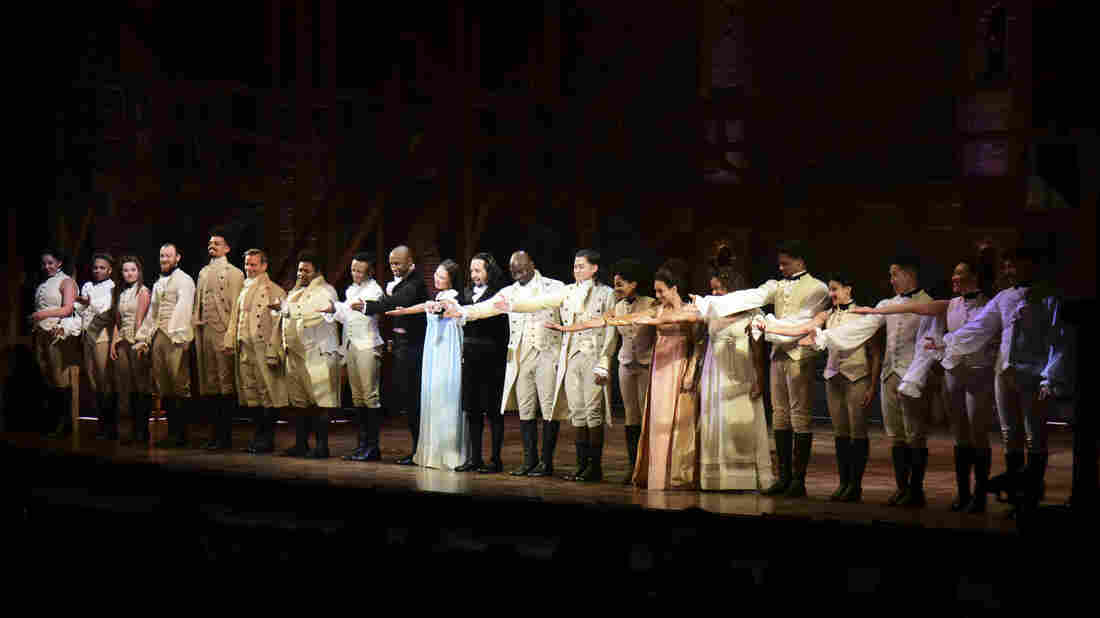 The cast of Hamilton, including its composer and creator, Lin-Manuel Miranda, center, receive a standing ovation in San Juan, Puerto Rico on Jan. 11, 2019. The musical is set to stream on Disney+ this week. Carlos Giusti/AP hide caption 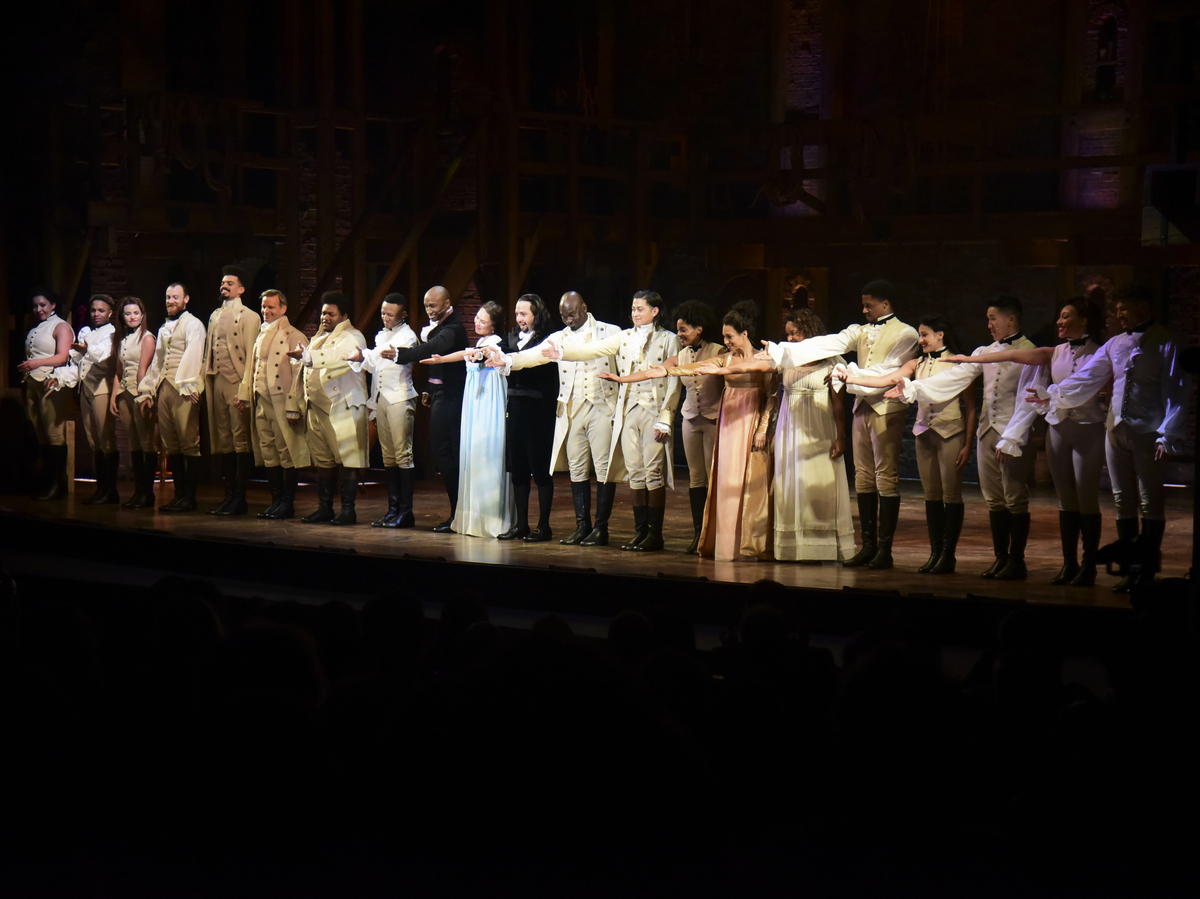 The cast of Hamilton, including its composer and creator, Lin-Manuel Miranda, center, receive a standing ovation in San Juan, Puerto Rico on Jan. 11, 2019. The musical is set to stream on Disney+ this week.

Lin-Manuel Miranda says he sees talk of radical change reflected not only in today's social and political moment but also in his musical Hamilton, which is based off of a political moment that took place 244 years ago.

"If there's any thesis about [Hamilton] it's everything that's past is present," Miranda tells NPR's Weekend Edition. "The contradictions that were present in the founding — the moment that those words 'life, liberty and the pursuit of happiness' were written and the ways in which we fall short of that — are still present."

Miranda says the musical, which first hit Broadway in 2015, manages to resonate with whatever time it is in.

"In the Obama era, some felt it was hopeful," he says. "In the Trump era, some felt it was defiant. And in this moment right now, what I'm seeing is the language of revolution everywhere. And so the language of revolution present in this show from 244 years ago is being felt again in this different way by the Black and brown future of this country reckoning with what we want the future of this country to be going forward."

Today, the nation is experiencing both a civil rights movement and a pandemic. Miranda says the "silver lining" of this moment is that the country now has "time to deal with" systemic racism.

All shows on Broadway are canceled at least through Labor Day as a result of the coronavirus pandemic. Miranda says he hopes once the shows do start back up, "we'll emerge in a more equitable space because I think those more difficult conversations are happening."

For now, Hamilton is heading to Disney+, a place Thomas Kail, the director, hopes fans will be able to "see what the original show looked like as filmed."

"One of the abilities that we had to play with, with the lens, is we gave everyone the same seat," Kail tells NPR's Weekend Edition. "There's no house left or house right. There's no mezzanine or rear mezzanine or orchestra. Everyone has the same seat."

As far as when fans will get to see Hamilton in person, Miranda says he is "optimistic about theater, not in the short term, but in the long term."

"Ours is the oldest art form of any of the art forms we're discussing," he says. "I think we will always gather in the dark to tell stories. And once we feel safe to do that again, we will do that again."

Denise Guerra and Melissa Gray produced and edited the audio version of this story.