Accessibility links
Q&A: Are Face Mask Requirements Legal? : Coronavirus Live Updates "State and local governments have really quite broad authority" to mandate the use of face masks during a pandemic, says the head of American University's Health Law and Policy Program, Lindsay Wiley. 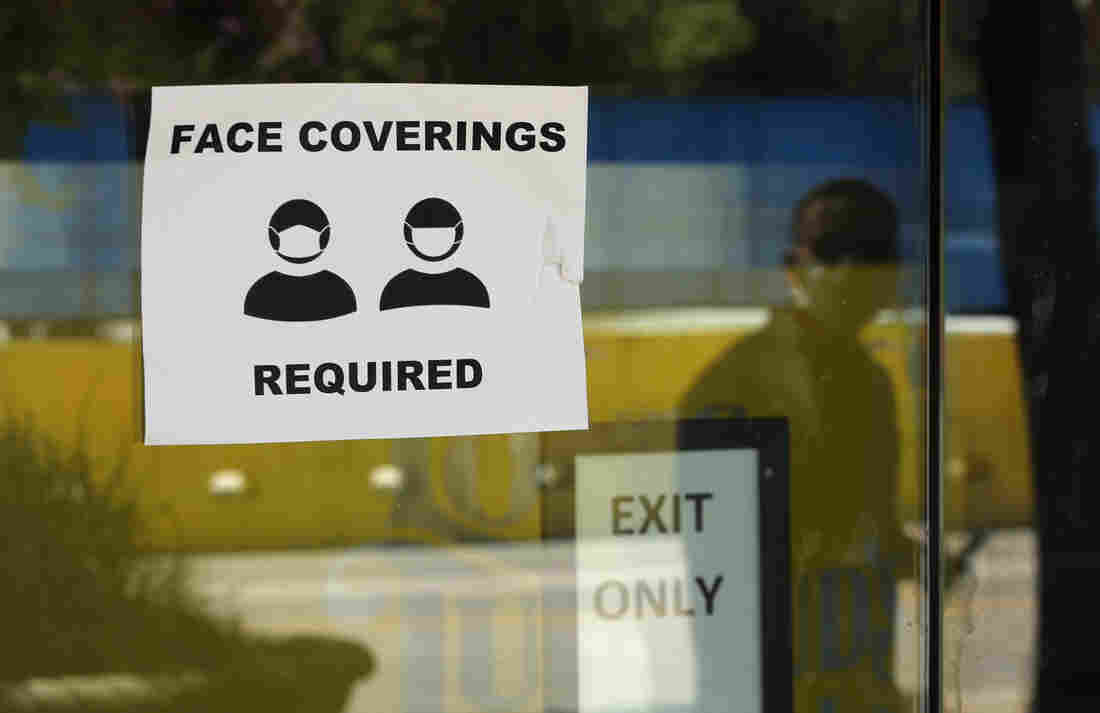 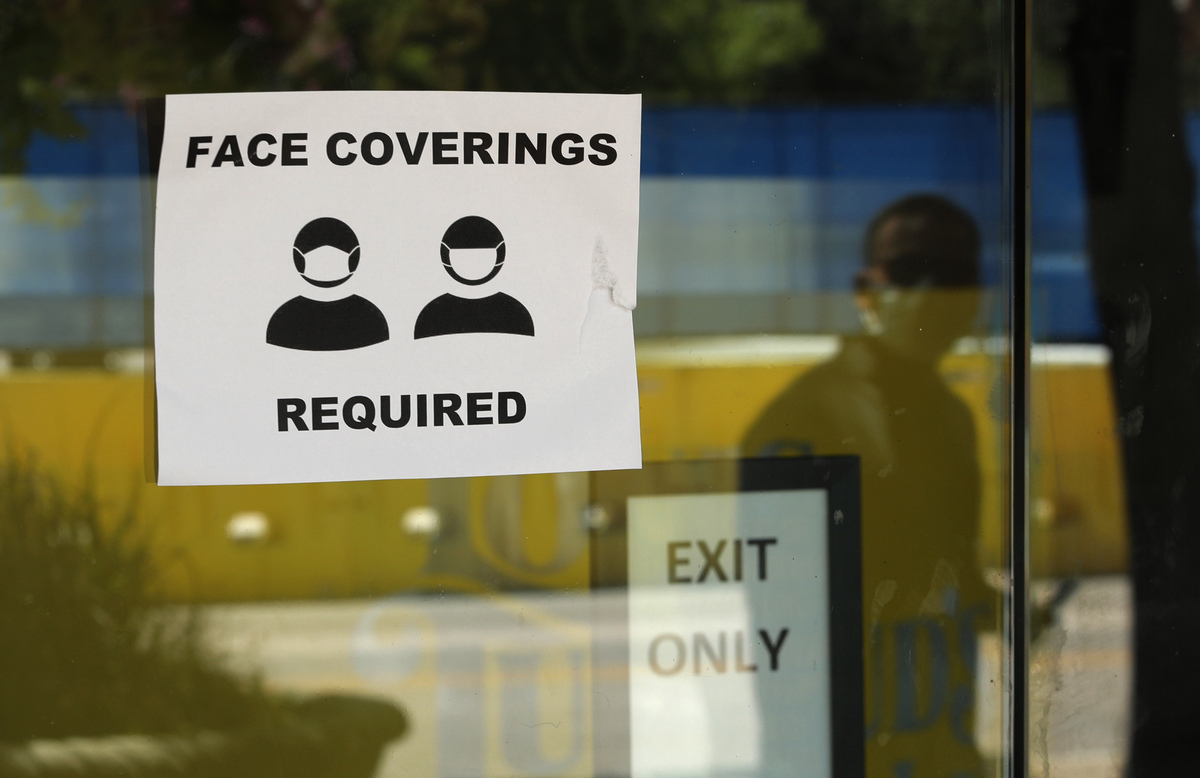 The governor of Texas is encouraging people to wear masks in public and stay home if possible, as the number of COVID-19 cases spikes in the state.

As the number of new coronavirus cases spikes in several states across the U.S., governors, county officials and business owners have been crafting laws and guidelines that mandate the use of face masks to help prevent the spread of the virus.

But even a simple cloth face covering has become political.

This month, for example, California Gov. Gavin Newsom issued guidance that requires most Californians to wear masks in most public settings. Public health officials say masks can prevent wearers, whether or not they're expressing symptoms of COVID-19, from spreading the virus to others. Newsom's mandate drew pushback from both residents and local officials, who argued that the governor doesn't have the legal authority to make masks a requirement.

But according to Lindsay Wiley, the director of the Health Law and Policy Program at American University, there is a legal basis for mandatory masks.

In an interview with NPR's Weekend Edition Sunday, Wiley said, "State and local governments have really quite broad authority" to require the public to wear masks during a pandemic. This interview has been edited for length and clarity.

What's the legal basis for making people cover their faces?

State and local governments have really quite broad authority, particularly in a public health emergency like this, to issue emergency orders. We're seeing some potential legal issues arise, though, regarding how these orders are being adopted, whether they're following the correct political process, whether it's the right part of government that's issuing the orders. And then we're also seeing some court challenges filed arguing that these orders violate individual rights.

This month, American Airlines kicked off a passenger from one of its planes after he refused to wear a mask. And that raises the question of what businesses can require in the private sector. Did it have complete discretion?

Business owners do have quite a lot of authority to require patrons and customers and employees as well to adopt face coverings as a protective measure. Where conflicts come in is in situations where the patron, for example, perceives the mask order to be coming from the business itself rather than from government.

So we're actually seeing some business owners and managers, as well, urge local governments or state governments to adopt mandatory mask requirements as a way of taking the pressure off of them. I think a lot of business owners would like to be able to point to the government and say, "If you don't like our rules, take it up with the mayor," instead of being positioned as requiring the masks themselves.

Even mask wearing has become political. Are there other examples in the history of public health and safety where we see these kinds of tensions between scientists and doctors and the public? And, you know, particular political affiliation?

Absolutely. Seat belt laws, motorcycle helmet laws, rules about who can sell cigarettes and where people can smoke them. Even the so-called Big Gulp ban in New York City — these public health rules are often seen as paternalistic. Mask mandates are being framed that way as well.

But that's not quite right. The message that wearing a mask protects other people isn't really getting through for some folks. So we're seeing a lot of rhetoric about how it should be a personal choice to decide to take a risk instead of focusing on how we don't know who's infected and could be spreading the virus to others.

Right now, we're seeing the virus running rampant in the United States, and we know from health officials that wearing a mask is one of the ways in which we as individuals can actually help to control this pandemic. What do you think should happen going forward?

I think the focus on masks is worth discussing. It's a commonsense step that people can take. But I hope that people don't get too distracted by the mask issue alone and let that distract them from being angry at the government for failing to find more testing and tracing so that we can implement a modern public health response.

Masks help slow the spread, but a well-funded and coordinated testing strategy is the foundation of that modern response that we know is far more effective even than mask wearing.