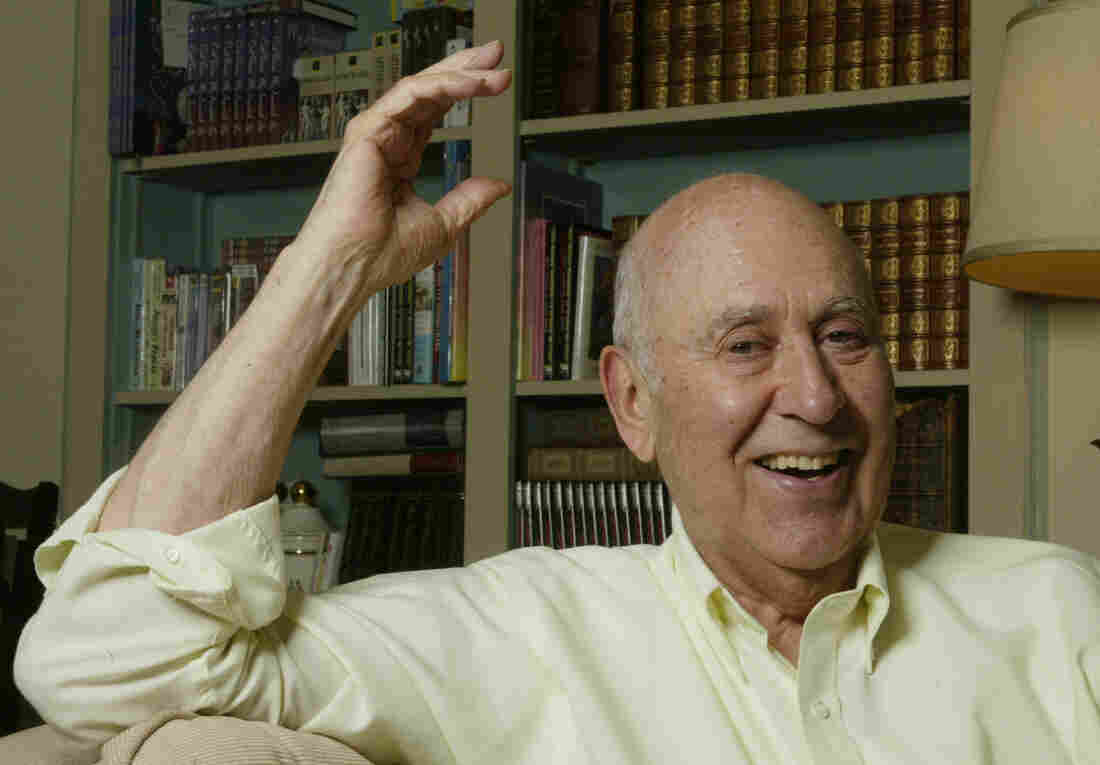 Actor, director and author Carl Reiner, pictured at his home in Beverly Hills, Calif., in May 2003. Damian Dovarganes/AP hide caption 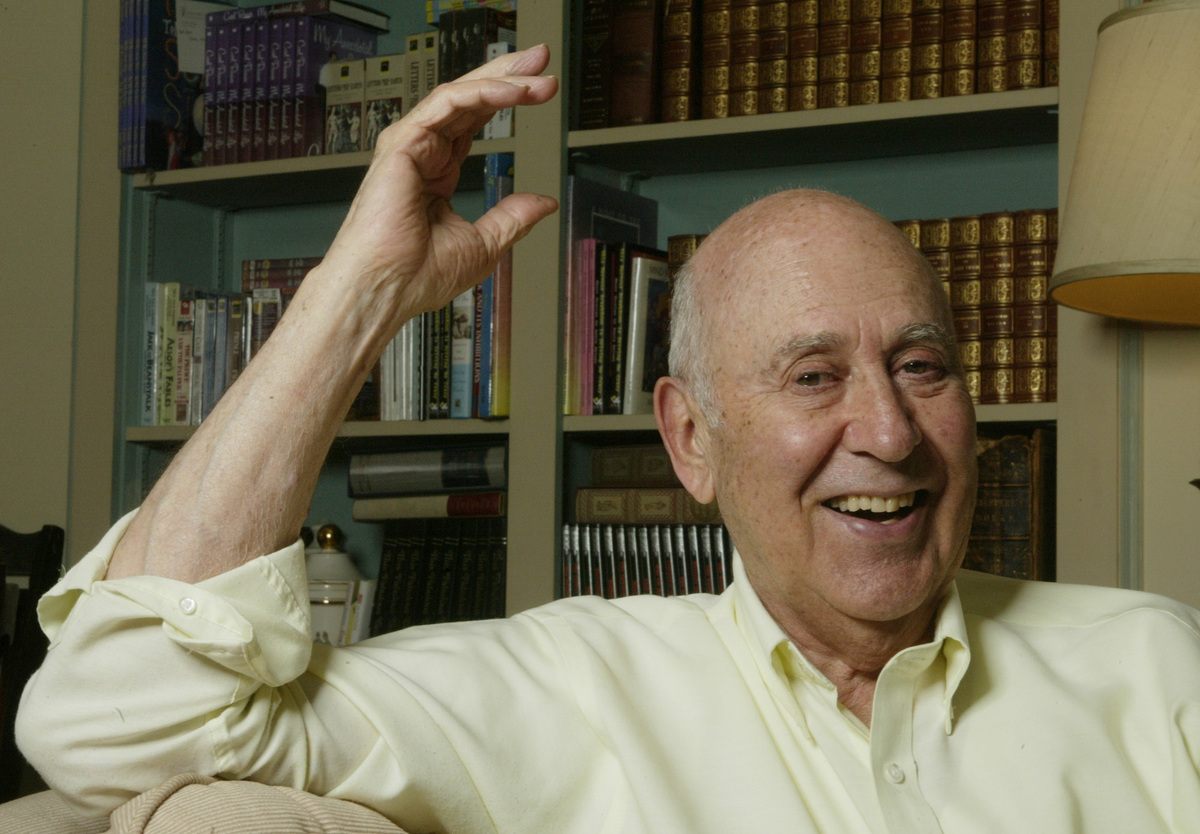 Actor, director and author Carl Reiner, pictured at his home in Beverly Hills, Calif., in May 2003.

Carl Reiner's career began at the dawn of television comedy in the 1950s and lasted more than six decades. The actor, director, writer and producer died of natural causes Monday night at his home in Beverly Hills.

Reiner belonged to a generation of Jewish comics who helped define American comedy in the 20th century. He was born Carleton Reiner in the Bronx in 1922 to parents who had emigrated from Europe. He began as a serious actor, then a stand-up comic. 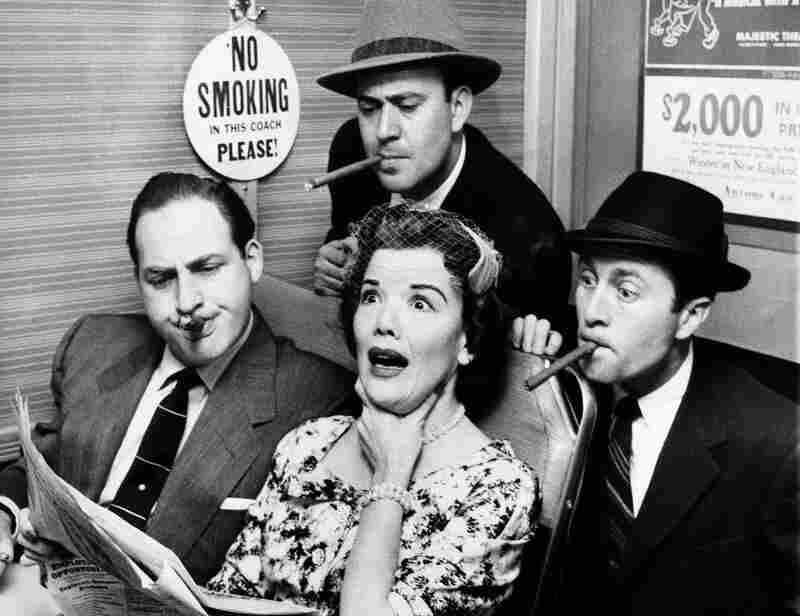 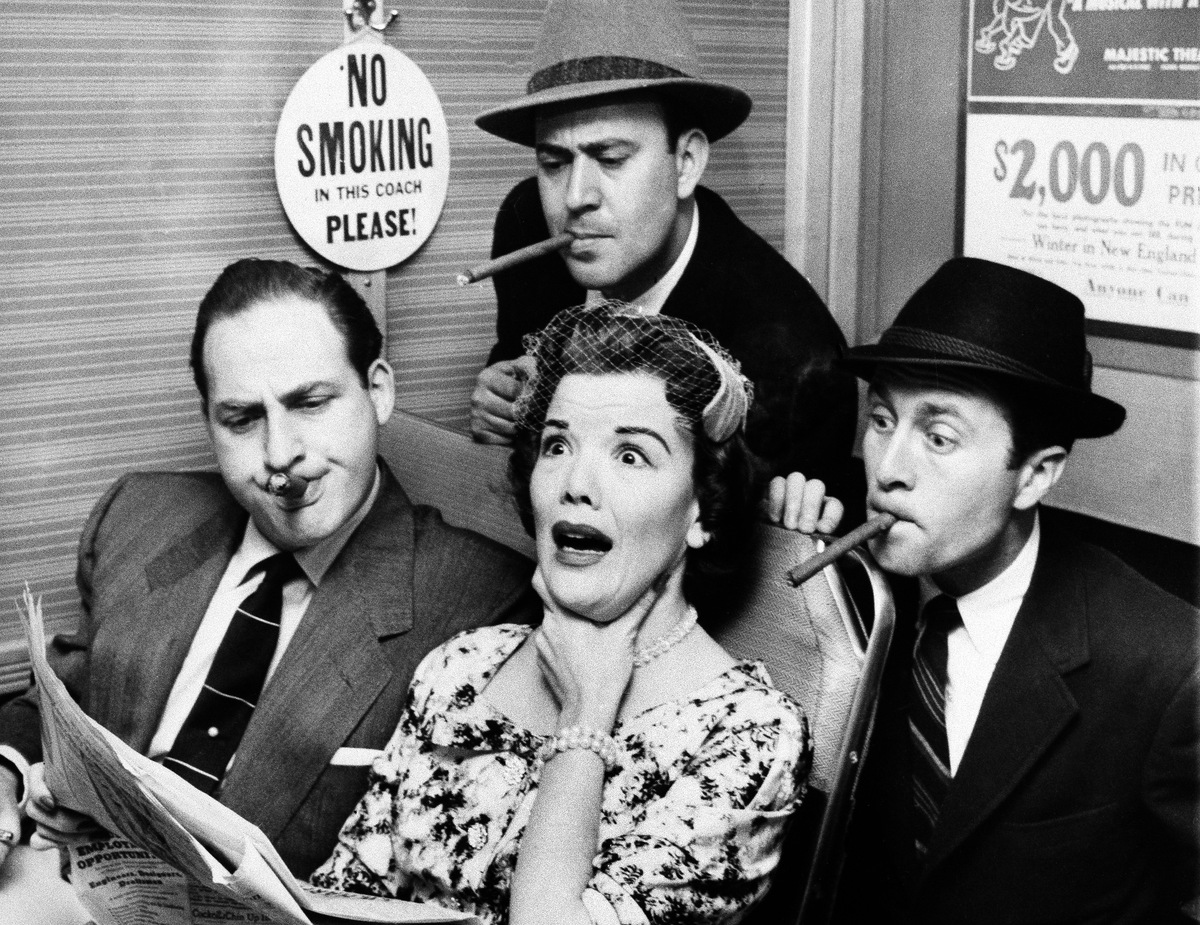 In 1950, comic actor Sid Caesar hired Reiner for the pioneering live TV sketch comedy program, Your Show of Shows. Reiner was a writer alongside Woody Allen, Neil Simon and Mel Brooks. He also acted as a supporting player.

"Being a second banana to such a massive first banana ... wasn't a comedown at all for me," said Reiner. "I realized I was working with the best."

Along with Brooks, Reiner co-created one of American comedy's most memorable characters — the 2,000-year-old man. It began as a party joke, and became a huge hit on albums, in clubs and on television. In the skit, Reiner would interview Brooks, who played the oldest man in the world.

"My job is the job of the audience," Reiner told NPR's Scott Simon in 2009. "I'm asking all the questions the audience would die to ask a man who lived for 2,000 years."

It was a combination of truth and incongruity that made it work.

Reiner Talks About His Autobiography 'My Anecdotal Life' In 2003

Carl Reiner Takes On the Past

Reiner's most memorable solo creation came in 1960, when he wrote a script for a TV sitcom called Head of the Family. It was about a TV comedy writer and he was the star. But Reiner couldn't sell the show until someone else was cast in the lead — that someone else turned out to be Dick Van Dyke.

The Dick Van Dyke Show was a milestone in American TV sitcoms. Reiner wrote many episodes and he played Alan Brady, the arrogant and egotistical star of the show within the show. The show ran from 1961 to 1966. It made stars of both Van Dyke and Mary Tyler Moore.

"He's not only been my mentor and good friend, but possibly the best comedy writer who ever lived," Van Dyke said of Reiner in a 2015 NPR interview. 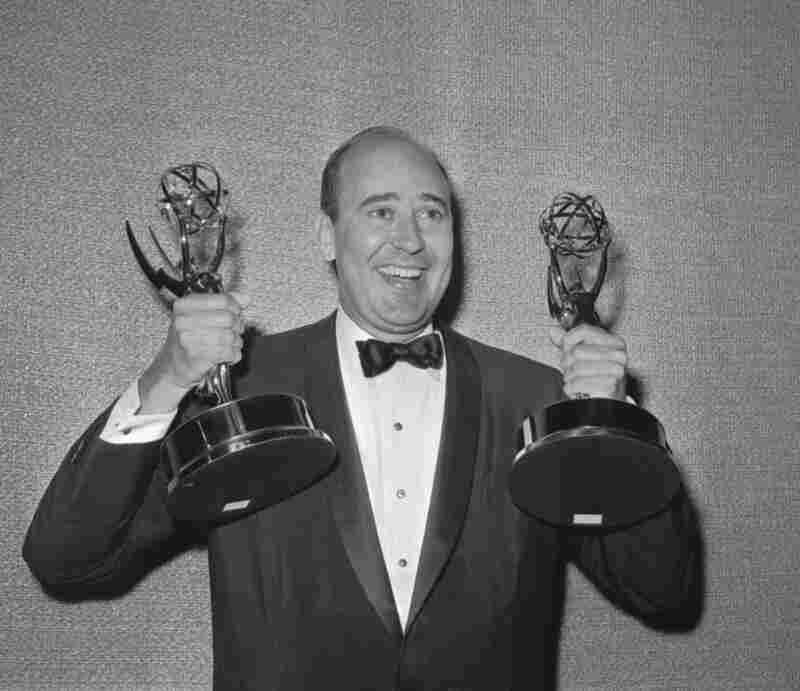 Reiner won an Emmy award for Outstanding Writing Achievement in Comedy for The Dick Van Dyke in 1963. AP hide caption 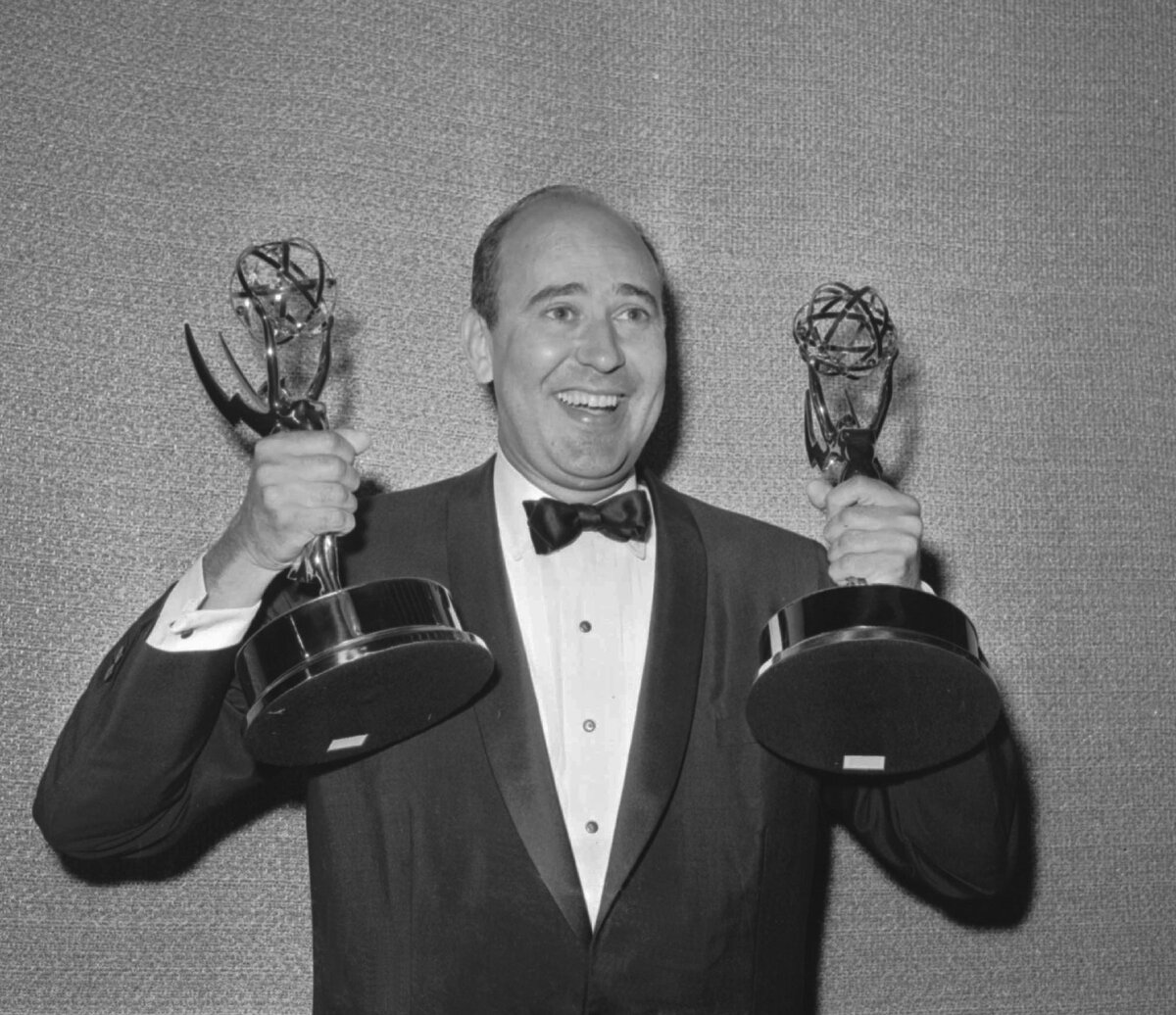 Reiner won an Emmy award for Outstanding Writing Achievement in Comedy for The Dick Van Dyke in 1963.

Reiner directed more than a dozen movies, including four with Steve Martin. "We became very, very close," Martin said. "He was like a father to me — although I wouldn't let him bathe me like he wanted to."

Reiner was a funny man. But if there's a theme to his career, it was that he made other comics funnier. He was a mensch. He won nine Emmys and a Grammy. And yet whenever it was time to take credit for something, Reiner would almost always deflect the credit to his partners, whether it was to his longtime collaborator Mel Brooks ("Mel Brooks is the single funniest human being that I ever met") or his wife of almost 65 years, Estelle ("I never felt that I had enough words to be a writer, but my wife is the one who gave me the key.")

Estelle Reiner died in 2008. They had three children, including Rob Reiner who — inspired by his father — has also directed and acted in dozens of movies and TV shows.

Reiner was active well into his 90s. On Parks and Recreation he played a politically-powerful senior. He did voice-overs for the TV series Bob's Burgers. And he tweeted.

The two old friends — Brooks and Reiner — had dinner together almost every night. In 2012, they did an episode of Jerry Seinfeld's Web series Comedians in Cars Getting Coffee. As Seinfeld walked out the front door of Reiner's house, he just had to tell one more joke.

"Hey Jerry," Reiner called. "You know the difference between a Jew and a Frenchman? A Frenchman leaves without saying goodbye. A Jew says goodbye and never leaves."