Accessibility links
Summer Young Adult Fiction Roundup For summer, we've got a roundup of great new young adult fiction that stretches from Brooklyn to Ireland to fantasy realms of sirens and wolf-people. 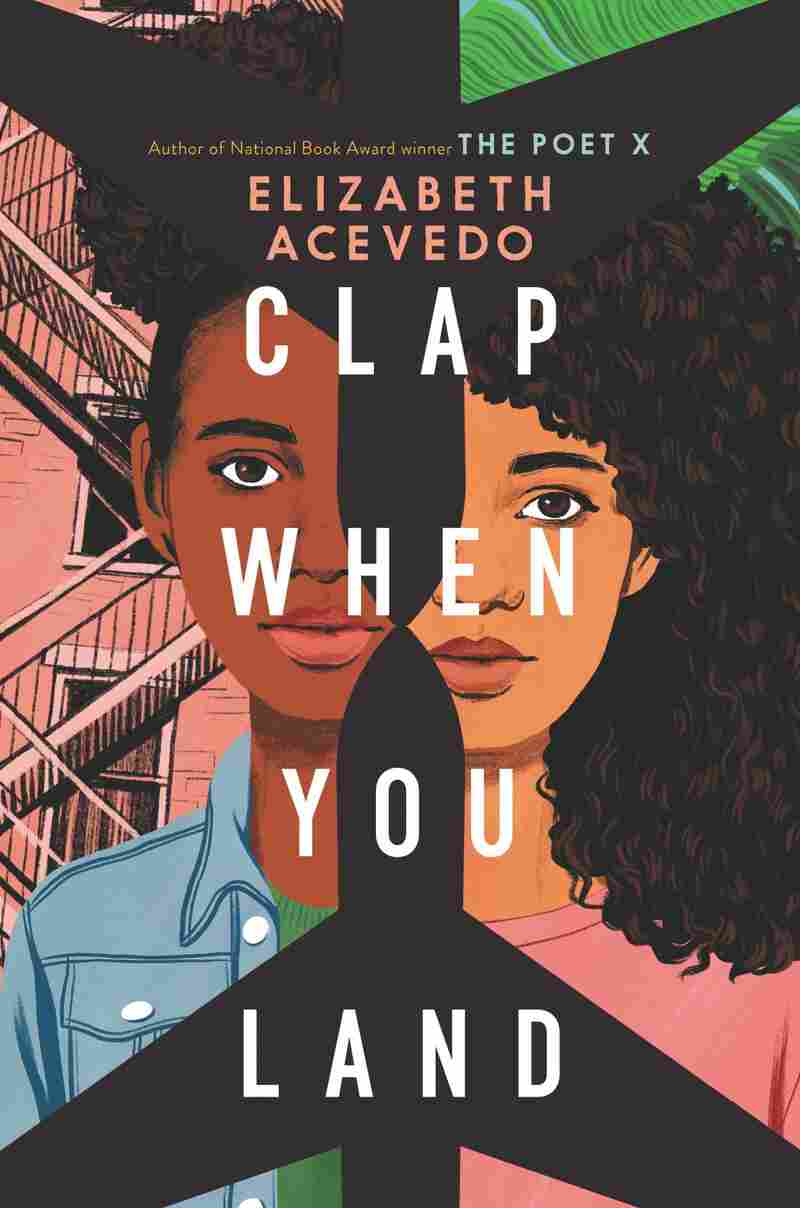 Clap When You Land by Elizabeth Acevedo

Camino lives in the Dominican Republic, helping her Tía treat the ailments of the neighbors and dreaming of one day becoming a doctor. Yahaira lives in New York City, preoccupied with school, being a chess prodigy, and her girlfriend. They have no idea that they're sisters, separated by the lies their father told them as he secretly split his life between two families. But when he dies suddenly in a tragic airplane crash, the truth comes spilling out. It's hard enough to lose a father — but harder still to realize that you shared him with a sister you've never even met.

Like Acevedo's award-winning The Poet X, this is a novel-in-verse that uses poetry to reach deep into the hearts of its characters. Camino and Yahaira live very different lives, but their words show how deeply they are connected by their love for their imperfect and beloved father. Every feeling and revelation pulses with intensity, drawing the reader effortlessly through verse and form. Tragedy creates fractures that can split a family apart — but maybe in this case, those fractures can become paths to reconciliation.

The Mermaid, the Witch, and the Sea by Maggie Tokuda-Hall 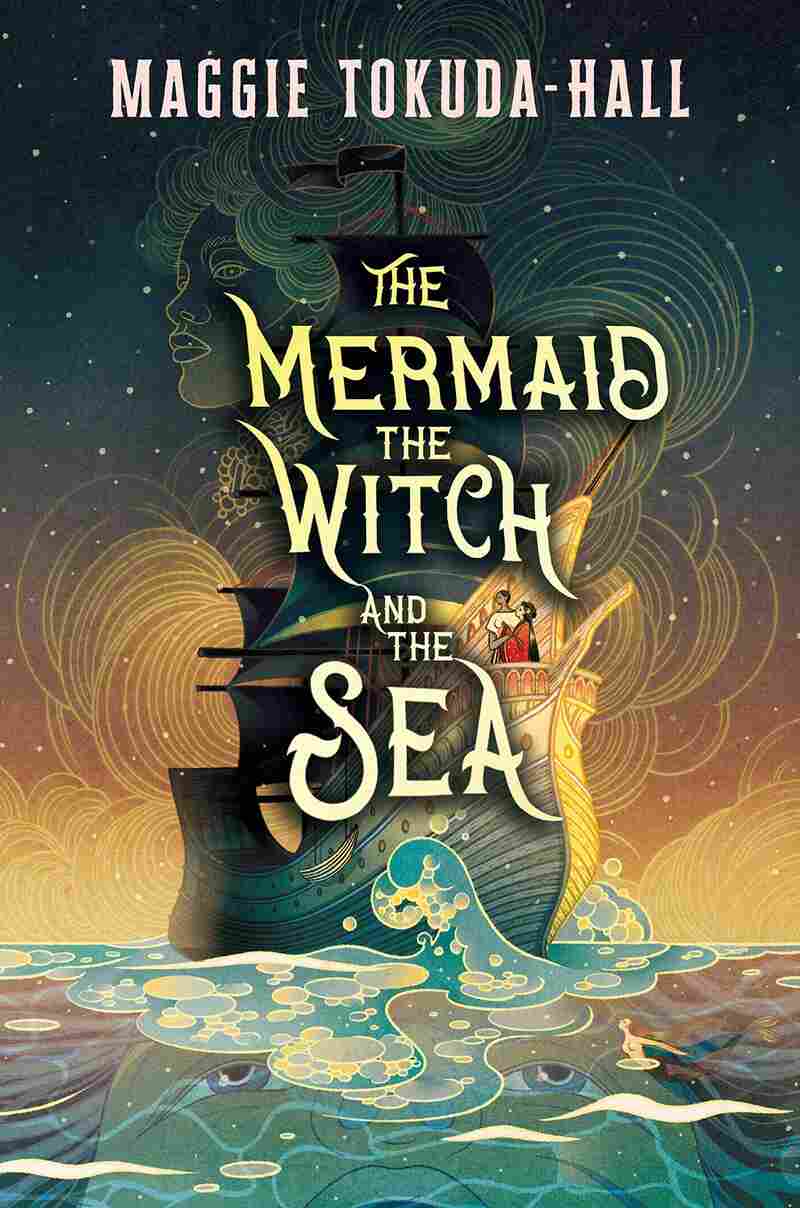 Florian is a pirate, and he does whatever violence he must to protect himself and his wayward brother — because before they joined the crew of the cruel Nameless Captain, Florian was Flora, a helpless street urchin — and Florian never wants to be helpless again. So he helps the crew trick and kidnap passengers to be sold as slaves, and looks the other way when they kill mermaids to drink hallucinogenic mermaid blood.

Lady Evelyn Hasegawa is an Imperial lady — a rich daughter of the ruling elite. On her way to an arranged marriage with an Imperial officer in the distant army, she embarks on what she thinks is a passenger ship. A sailor named Florian is assigned to guard her, and a bond begins to form between them. When the opportunity comes for them to save a dying mermaid and change their fates, they find themselves adrift in a conspiracy of empires, pirates, and the Sea herself.

Queer, diverse pirate romance with mermaids and magic is pretty much everything you could want from a summer read in 2020. The cover makes this look like it skews on the younger end of the YA spectrum, but in fact it is full of violence and double-crosses and kissing. It's an imaginative and adventurous debut that leaves enough questions and loose ends to make one hope for another story set in this world. 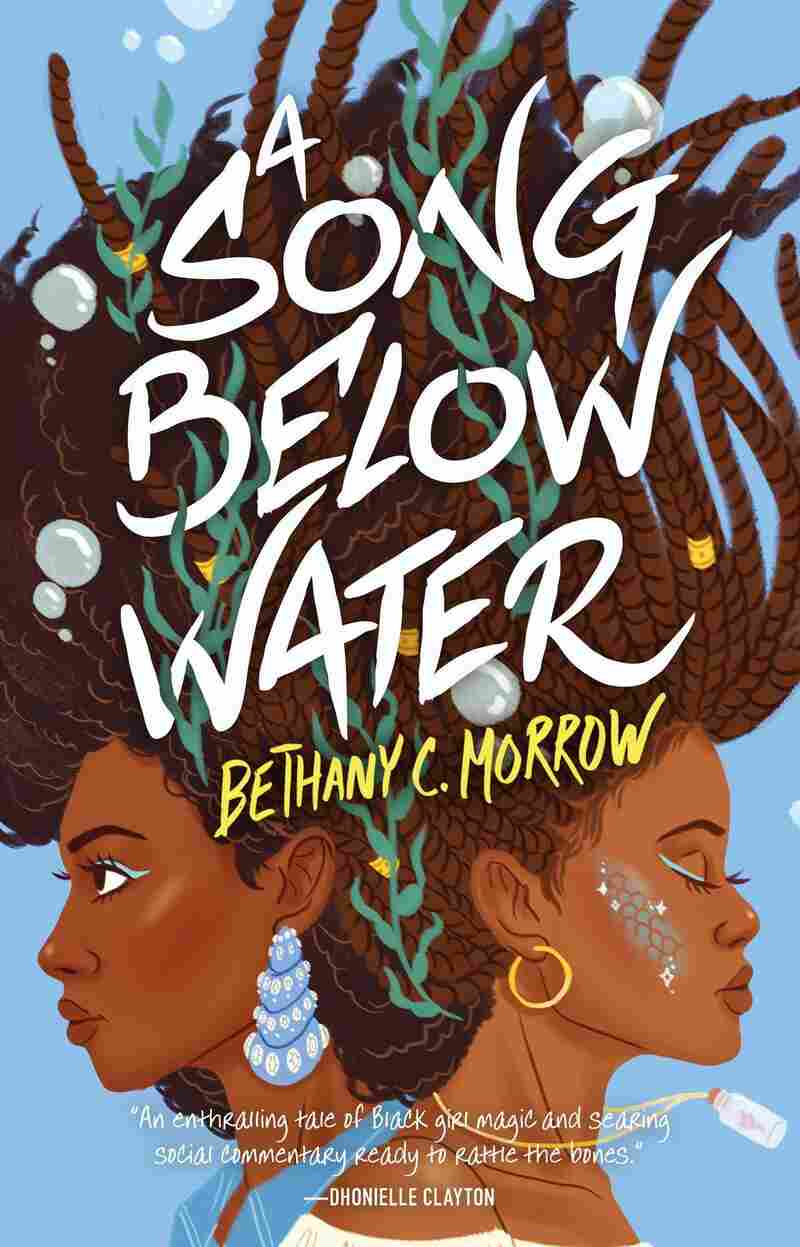 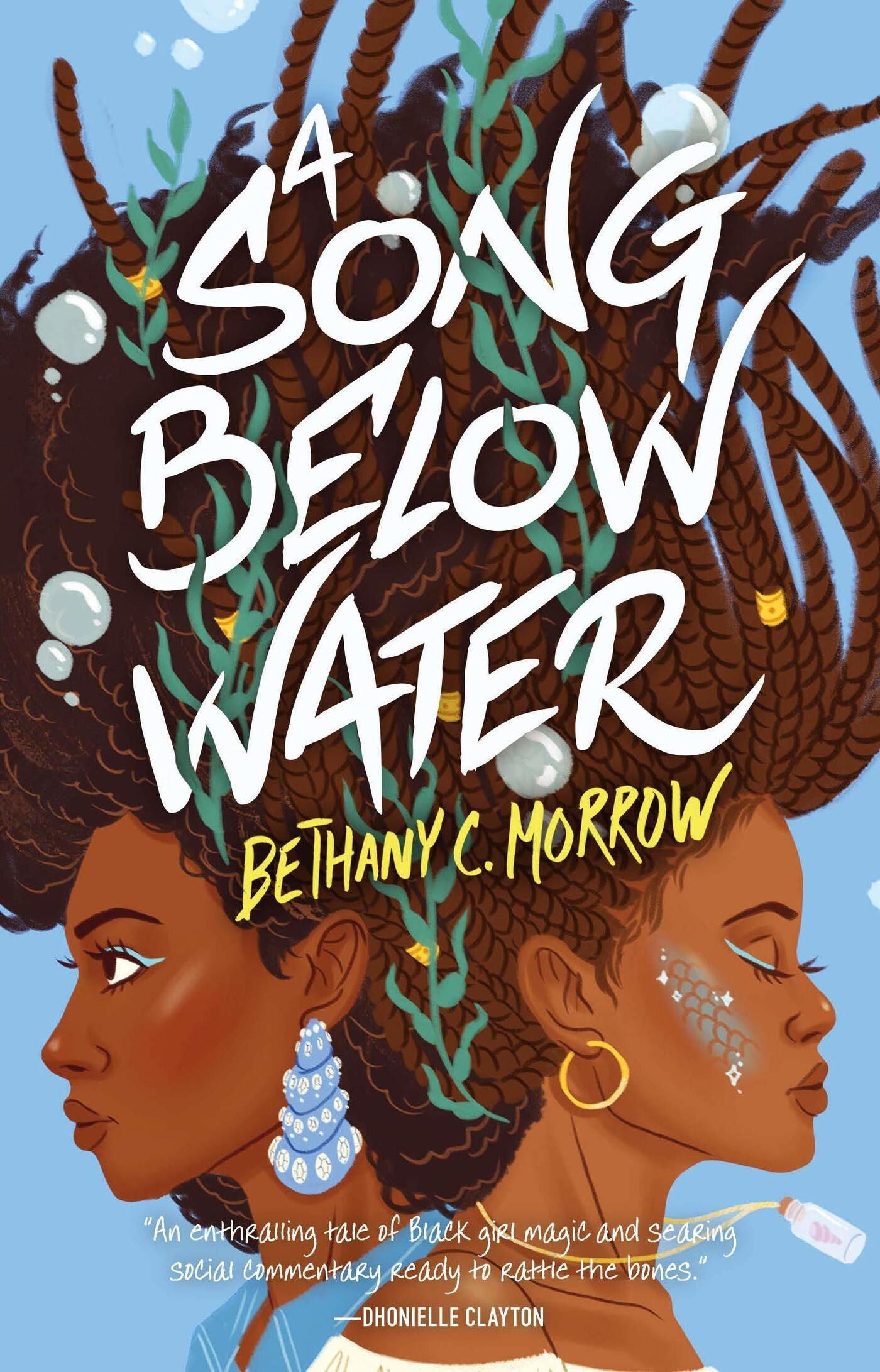 A Song Below Water by Bethany C. Morrow

Tavia is a siren, forced to hide her ability to compel others with her voice. Effie is trying to start over, leaving the traumas of her past behind. Their friendship sustains them as they try to seem like normal high school juniors and protect each other from the forces that seek to dismantle their literal Black Girl Magic. But when a local siren's murderer is let off the hook and Tavia reveals her own siren voice at the worst possible moment, these best friends find themselves leading the charge for justice. Their truths will either set them free, or condemn them.

A Song Below Water is a refreshing new take on the idea of the Supernatural Beings Walk Among Us trope. From sirens to mermaids to sprites and gargoyles, the magic is familiar — but different enough to be exciting. Morrow not only leverages the idea of prejudice against supernatural beings to dig deeper into America's problems with race, she also tackles anti-blackness and white supremacy head-on, while still giving Tavia and Effie the space to be realistic, flawed teenagers. In this magic-infused version of America, having a voice is literally a superpower — a powerful message for the times we're living in.

The Life and Medieval Times of Kit Sweetly by Jamie Pacton 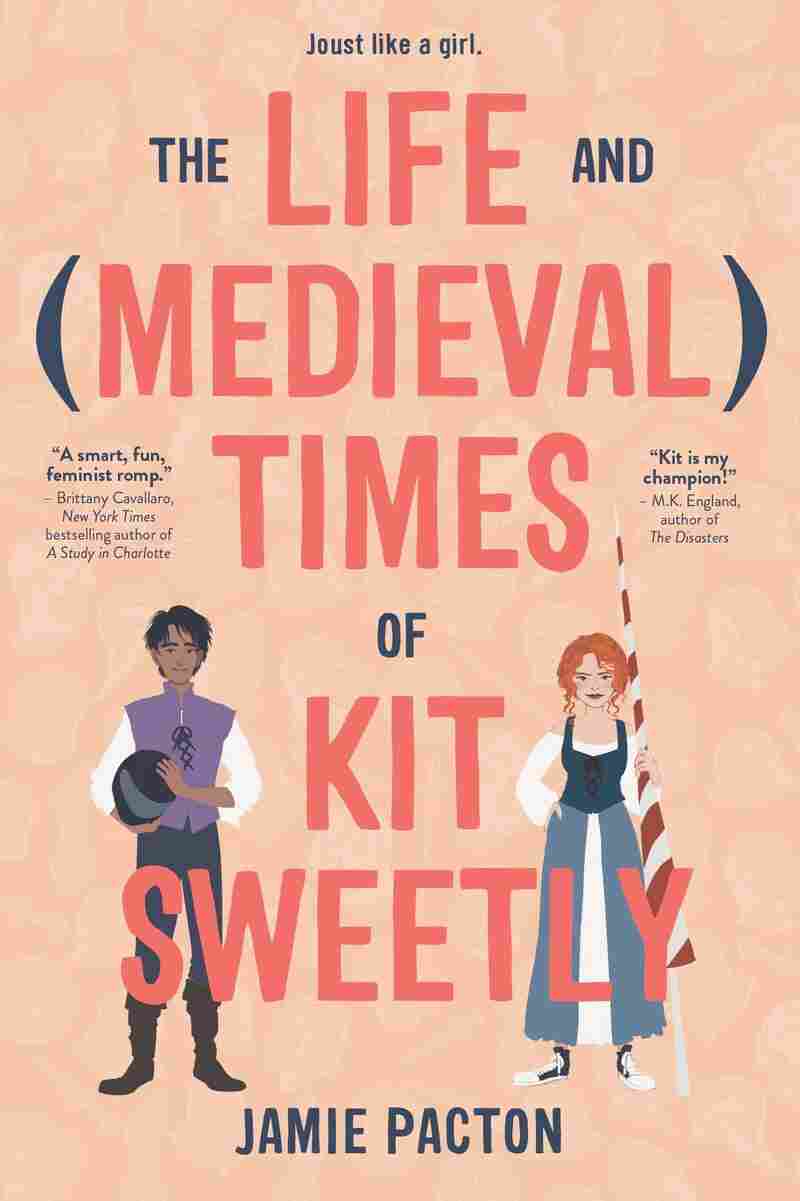 Kit Sweetly doesn't mind if you call her a Wench — that's literally her job title at the Castle, a medieval-themed restaurant extravaganza. She serves turkey legs to patrons while they watch jousting, but what she really wants is to be out in the arena, myth-busting the legend that only cisgender men can be Knights. Working at the Castle alongside her brother and friends gives her a sense of community and a stepping stone out of the poverty that constantly threatens her family, but when an opportunity comes to stand up against the sexist policy that keeps her out of the arena, she realizes that she's willing to risk it all for a chance at becoming a Knight.

Who among us, upon patronizing a certain medieval-themed restaurant and performance venue which shall remain unnamed, hasn't thought, I wonder what it's like to work here? Here we have a whole book that speculates about just that, from sexist corporate policy to crazy after-hours parties to real-life rivalry between knights to courtly intrigue and romance. One might worry that Kit and her comrades might be jaded, but in fact, they seem to love the pageantry and theatricality of it all. Kit is passionate about history and gender equality, and her enthusiasm carries this quirky tale of a modern battle set on an old-timey stage. 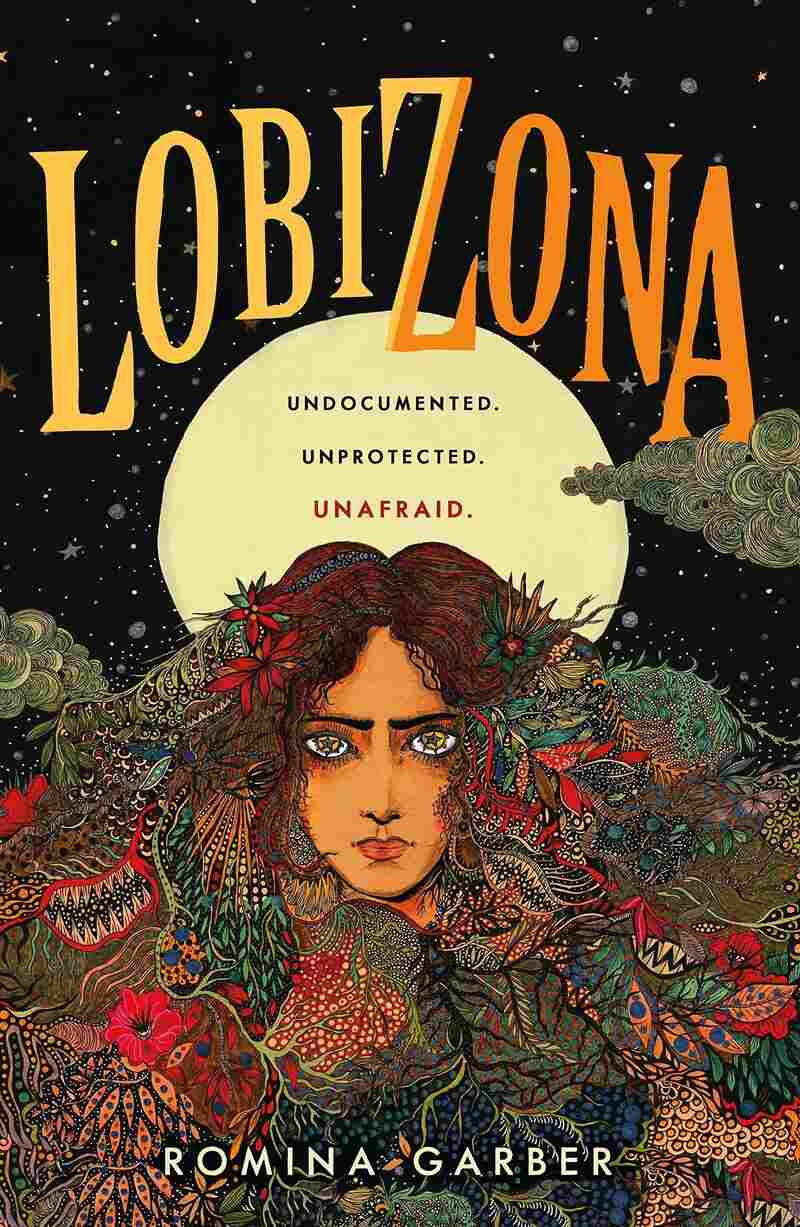 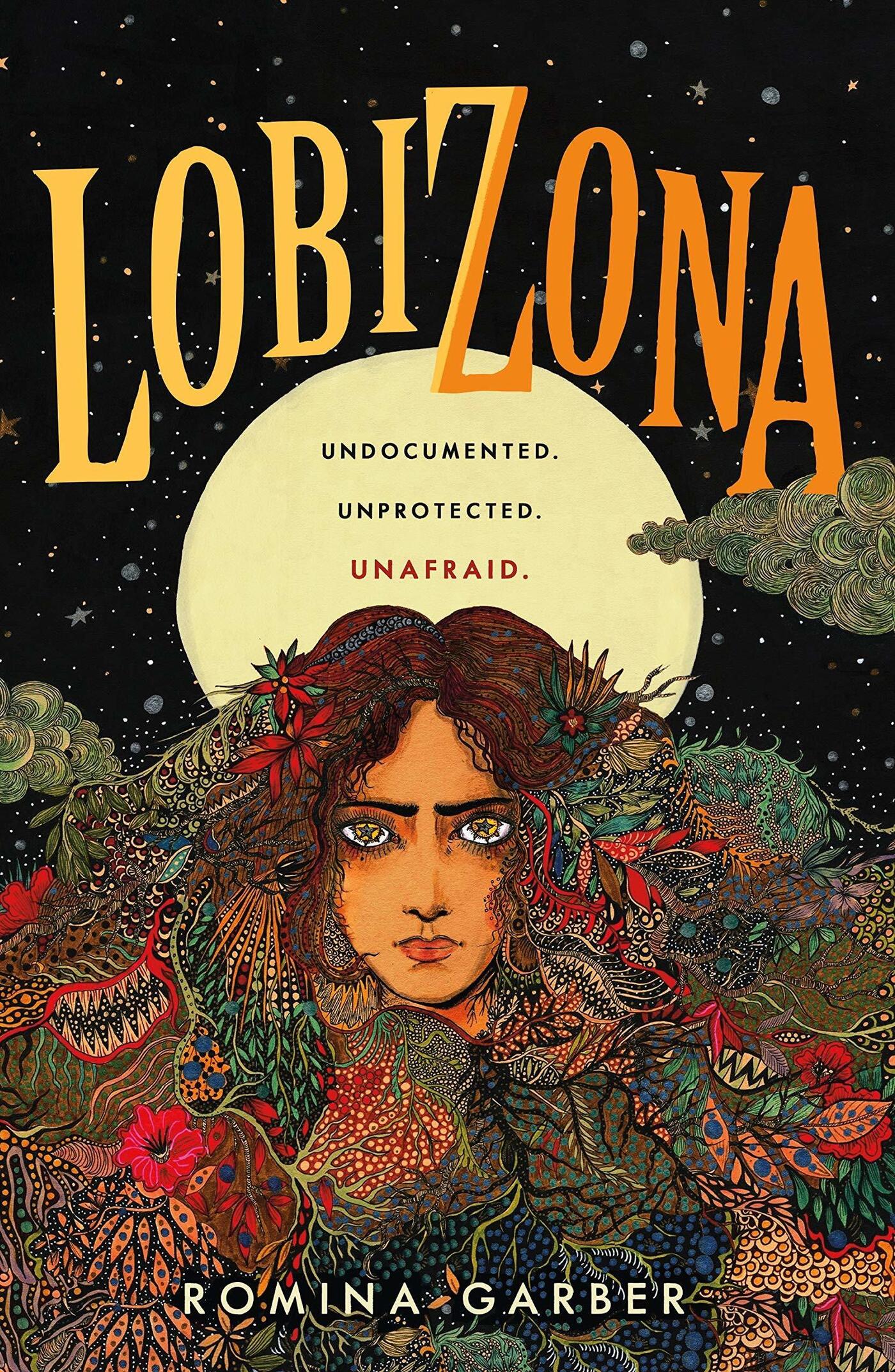 As an undocumented immigrant with glowing, star-shaped eyes that make it impossible to blend in, Manu has spent her entire life in hiding. When an act of violence and an ICE raid rip Manu's mother away from her, she discovers that everything she's been told about herself is a lie.

The truth is that she is the forbidden child of a human mother and a Lobizon father — a werewolf. A whole secret world exists, hinted at in Argentinian folklore, where the witch and werewolf descendants of a cursed city rely on rigid gender and societal rules to maintain their way of life and learn how to use their strength and power at a magical school for witches and werewolves. When Manu lies her way into the school, she finds herself among peers for the first time in her life. But if they discover the truth about her, she'll be more of an outcast than ever — because as a human/Lobizon hybrid, her very existence is illegal.

Garber doesn't shy away from discussing the atrocities committed in the name of nationalism, which at times feels a little at odds with the school-for-magic shenanigans that Manu encounters while making friends, taking classes, and joining the magic sports team. But it is high time for the xenophobia and gender rigidity so often present in magic school settings to be called out, and Garber blends the prejudices of both worlds to make a grander statement about belonging and acceptance. Lobizona somehow loves its genre while simultaneously tearing it apart with werewolf claws, reveling in earthy magic and righteous anger.

The Henna Wars by Adiba Jaigirdar 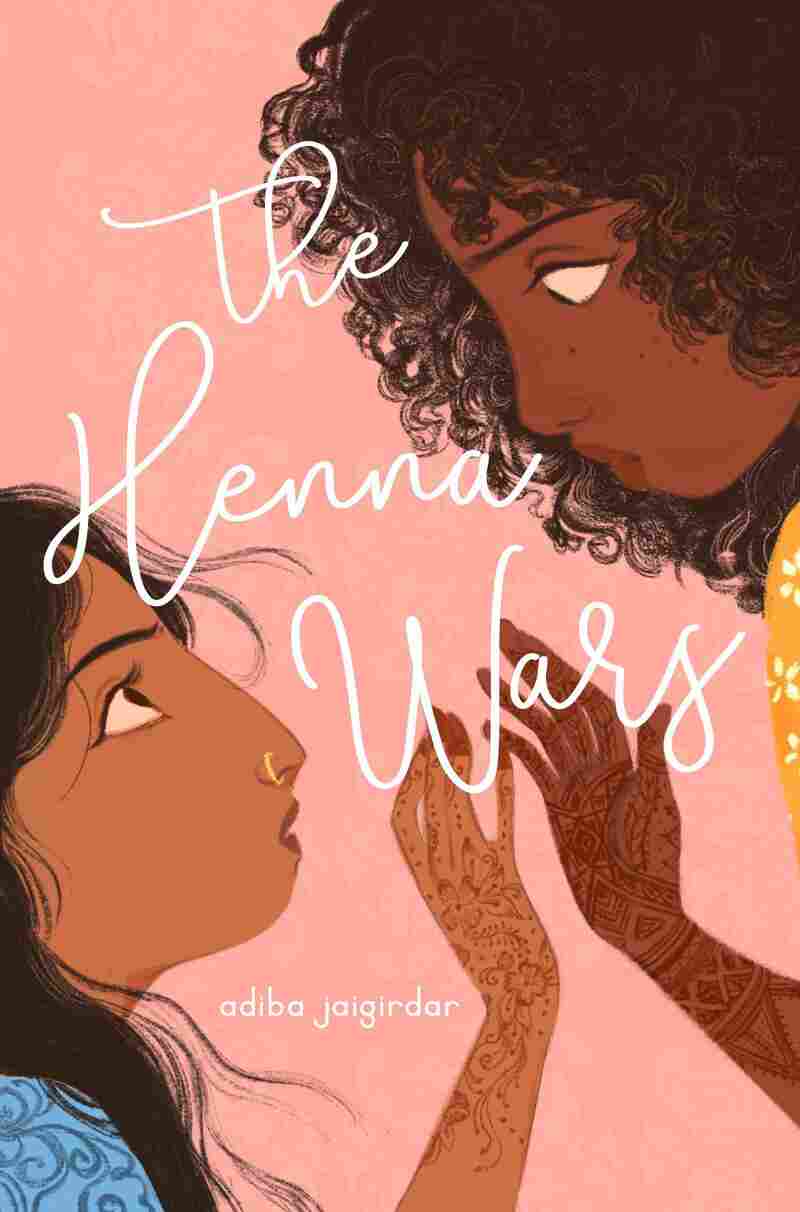 As a queer Bengali teen living in Ireland, Nishat has a lot of expectations to manage. After coming out to her parents in the wake of a big wedding, Nishat is afraid that her relationship with them will never be the same again, and that her family and culture will never embrace her for who she really is. She also needs a distraction from the overwhelming feelings she's having for the new girl at school, Flávia, who happens to be the cousin of her longstanding worst enemy. So when her class gets an assignment that involves becoming entrepreneurs and competing with each other, Nishat becomes obsessed with starting her own henna-painting business and winning the prize. She sees it as a way to connect with her heritage and show her Irish classmates how beautiful her culture can be. But then artistic Flávia, who isn't even Bengali, announces that she is also starting a competing henna-painting business, and Nishat's two obsessions collide head-on.

Who doesn't enjoy a good rivals-to-lovers romance? The Henna Wars certainly offers that dynamic, but more than anything, it's a story about the intersectional nature of race and queerness, and how everyone has to unravel questions of identity and privilege in order become a better person. Nishat and Flávia are both nuanced, brown girls struggling to express their identities in an environment determined to discriminate against them. This is a book that will speak to teens who are navigating their own tightrope of identities and assure them that it's okay to be messy, as long as you own up to your mistakes and try to be better moving forward.