Accessibility links
Delay Appears Likely In Israel's Plans To Annex Parts Of West Bank The proposal, which has Trump administration support, has hit resistance both inside and outside Israel in recent weeks. "It seems unlikely to me that this will happen today," says one Cabinet member. 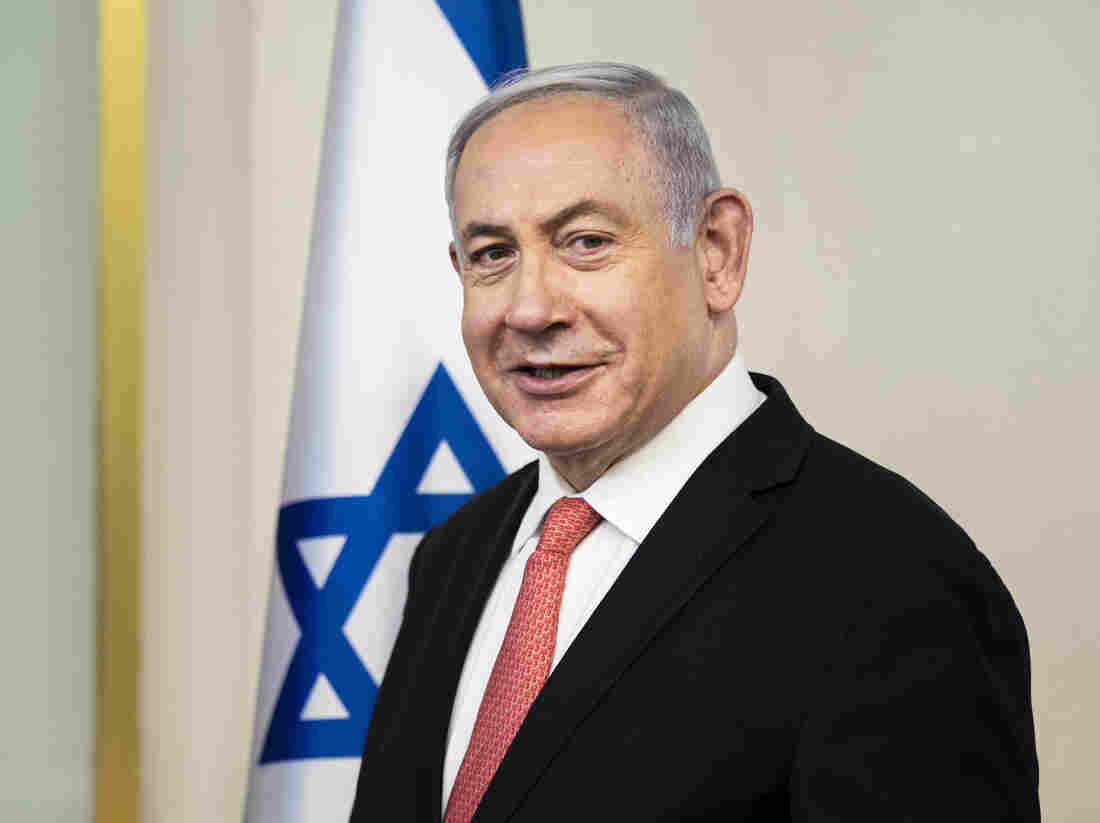 Israeli Prime Minister Benjamin Netanyahu, seen earlier this month in Jerusalem, has yet to decide publicly about the annexation of parts of the West Bank, despite a target date arriving Wednesday. Florian Gaertner/Photothek via Getty Images hide caption 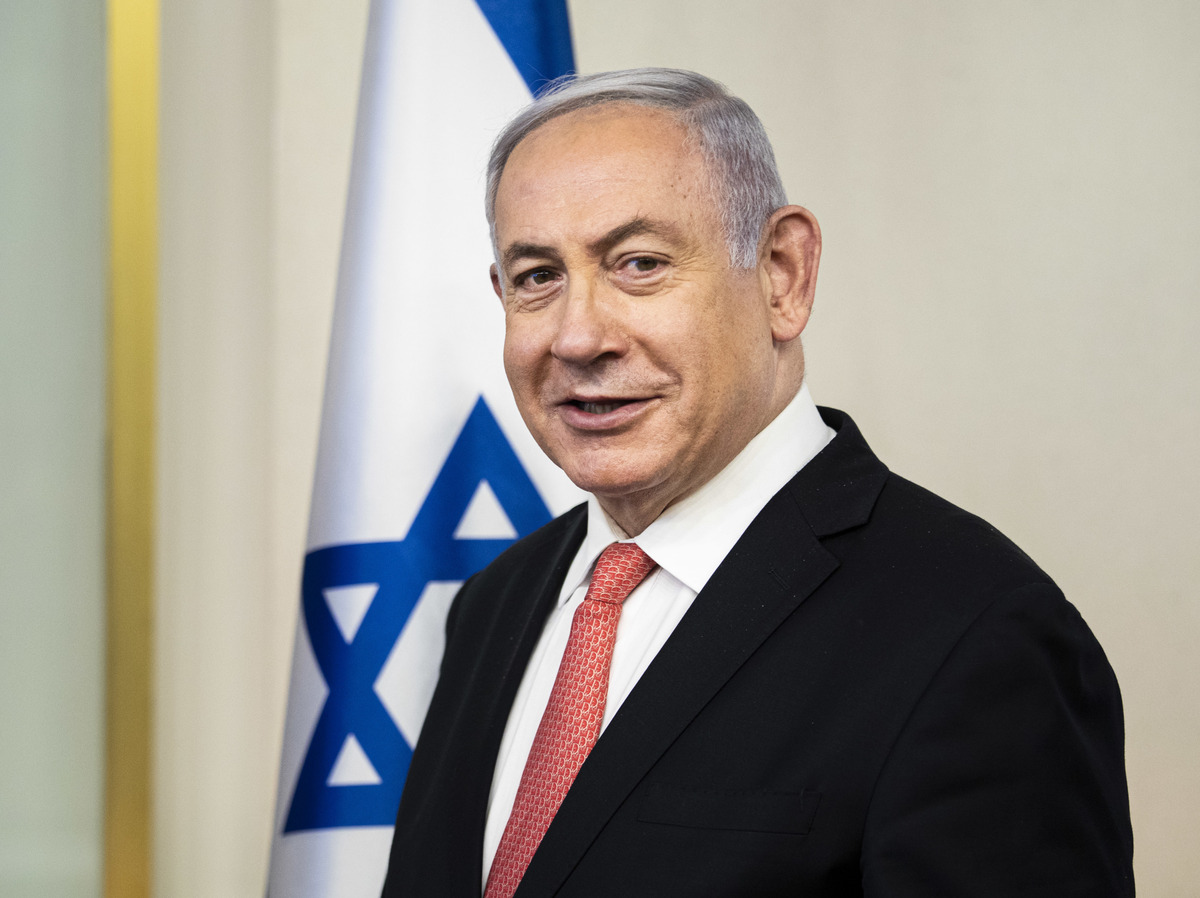 Israeli Prime Minister Benjamin Netanyahu, seen earlier this month in Jerusalem, has yet to decide publicly about the annexation of parts of the West Bank, despite a target date arriving Wednesday.

For weeks, observers of Israel and the Palestinian territories have had July 1 circled on the calendar. Yet, despite Prime Minister Benjamin Netanyahu's previous suggestions, it appears that the date will pass without a formal announcement concerning Israel's plans for annexing part of the occupied West Bank.

"It seems unlikely to me that this will happen today," said Foreign Minister Gabi Ashkenazi, a member of the Blue and White party, which partnered with Netanyahu's Likud in an uneasy coalition government earlier this year.

In comments to Israel's Army Radio on Wednesday, Ashkenazi cautioned that only the prime minister could clarify the timing with certainty.

Netanyahu himself said Tuesday that his discussions with U.S. officials would continue in the "coming days," suggesting a delay in plans to declare sovereignty over a significant chunk of the Jewish settlements in the region.

Annexation is opposed by most countries but was based on the Trump administration's peace proposal released in January.

Under the White House plan, Israel could annex as much as 30% of the occupied territory that it captured from Jordan during the 1967 Six Day War. That would mainly include the settlements themselves and connecting land. The remaining occupied territory would be left for Palestinians to govern autonomously, but without a military, control over borders or other characteristics of a sovereign state.

Netanyahu Plans To Annex Parts Of The West Bank. Many Israeli Settlers Want It All

Israel notes Jews' historic ties to the land and its strategic value.

But Palestinians have rejected the plan saying the pockets of territory they'd have left would fall short of what's needed for a viable independent state. Over decades, they've called for the world to stop Israel from placing hundreds of thousands of settlers in the West Bank, which is home to nearly 3 million Palestinians. The Oslo agreements of the 1990s envisioned the status of the West Bank being resolved in negotiations.

Netanyahu made the annexation of the more than 120 settlements in the occupied West Bank a cornerstone of his reelection campaign.

However, the plan has attracted criticism from the international community, which sees the settlements as illegal. Even British Prime Minister Boris Johnson, a key Netanyahu ally, expressed his resistance to the idea in a piece published Wednesday in Israel.

"Annexation would represent a violation of international law," Johnson said.

"I profoundly hope that annexation does not go ahead. If it does, the UK will not recognize any changes to the 1967 lines, except those agreed between both parties."

In addition to the Palestinians, U.N. Secretary-General António Guterres, the European Union and key Arab nations have all condemned it. None of the U.S. Arab allies has formally endorsed it.

Critics say the move is a violation of international law and undermines the creation of an independent Palestinian state.

Last week, Guterres said that the Israeli-Palestinian conflict is at a "watershed moment."

"If implemented, annexation would constitute a most serious violation of international law, grievously harm the prospect of a two-state solution and undercut the possibilities of a renewal of negotiations," he told the Security Council. "I call on the Israeli government to abandon its annexation plans."

Palestinian Prime Minister Mohammad Shtayyeh, speaking at a June 9 briefing with reporters, called annexation "an issue in which we cannot be silent."

"Annexation is an existential threat for our future," he said.

Palestinian President Mahmoud Abbas said the plan "belongs to the dustbin of history."

The pushback has been so great that Netanyahu, whose coalition government was formed only in May, has been rumored to be mulling a less-ambitious move — one that would save face for Israel but calm anger. One possibility is said to be annexing a small number of settlements near Jerusalem.

On the other hand, some settler groups have opposed annexation because they said it would short circuit their hopes of Israel maintaining control over the entire West Bank.

The Israeli prime minister has invoked religion to claim the territory as "the biblical Land of Israel" and insisted that the goal of annexing all the settlements, as well as the strategic Jordan Valley, is aimed at security.

However, Benny Gantz, alternate prime minister in the coalition, is known to be less than enthusiastic about the plan. U.S. officials have said they don't want to move forward without both leaders in agreement.

Gantz, who has said that the annexation "will wait" while Israel deals with the COVID-19 pandemic, also said earlier this week that the July 1 target date for the announcement is not "sacred."