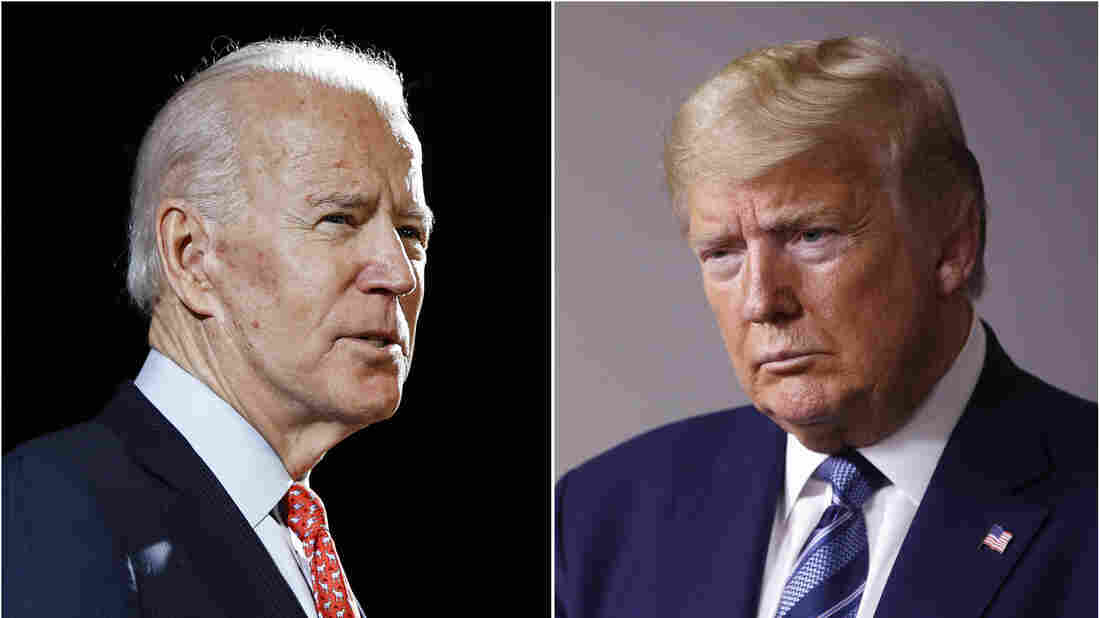 Joe Biden has an advantage over President Trump in new fundraising, according to numbers the campaigns released for June. Biden and the Democratic Party raised $141 million, against the $131 million Trump and Republicans brought in. AP hide caption 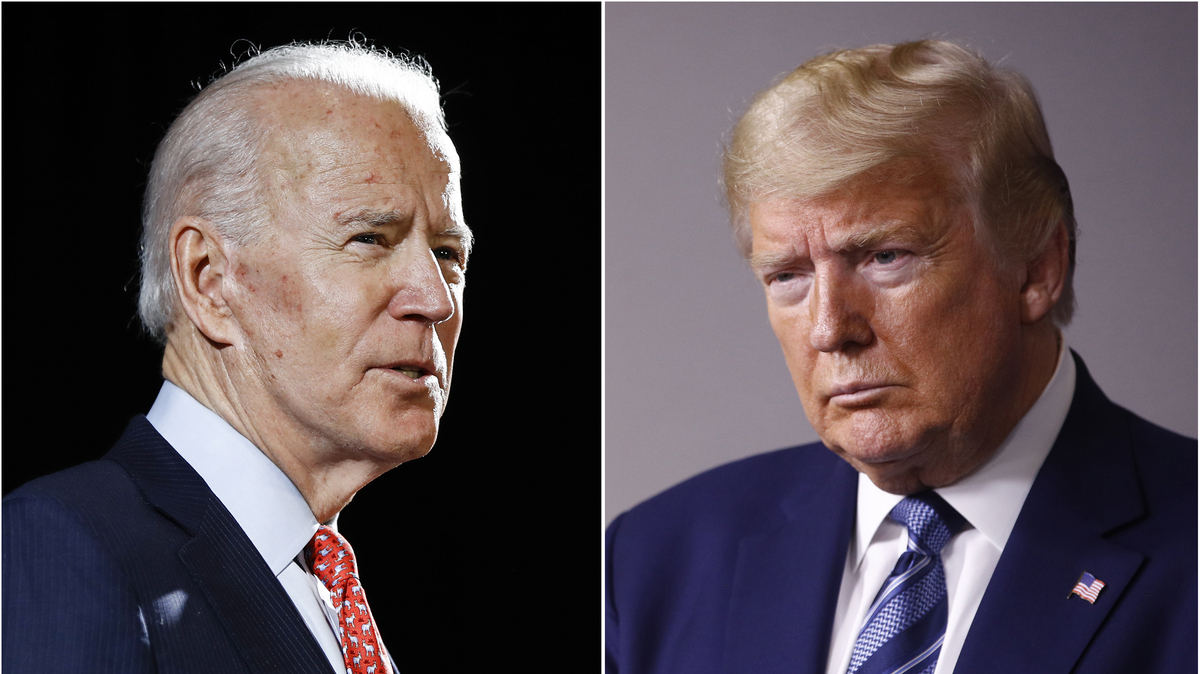 Joe Biden has an advantage over President Trump in new fundraising, according to numbers the campaigns released for June. Biden and the Democratic Party raised $141 million, against the $131 million Trump and Republicans brought in.

Despite a pandemic and the subsequent economic free-fall, Trump's reelection campaign and the Republican National Committee announced Wednesday evening they had raised $266 million for the three months ending June 30, including $131 million in June alone.

A few hours later, Biden's campaign and the Democratic National Committee announced that they had eclipsed Trump's totals, bringing in $282 million during the last quarter and $141 million in June.

It's the second month in a row that Biden has outraised Trump's campaign.

It's highly unusual for a challenger's campaign to raise more money than an incumbent president's.

"It's clear that voters are looking for steady leadership, experience, empathy, compassion, and character — and they'll find all of these qualities in Vice President Joe Biden," campaign manager Jen O'Malley Dillon wrote in an email to supporters.

While Biden has conducted frequent fundraisers with high-dollar donors, his campaign touted its success in growing its list of small donors and said the average online donation last month was $34.

The Trump campaign is touting its considerable cash-on-hand war chest — now up to $295 million — due in large part to the head start Trump got by launching his campaign and fundraising efforts as soon as he was sworn in.

"I'd rather be in our position than theirs," said campaign fundraising co-chair Jack Oliver, who also did fundraising for former President George W. Bush.

The Biden campaign hasn't said how much it has in the bank. Full numbers will be available no later than July 20.

Biden's fundraising surge comes as national and state polls show the president increasingly lagging behind the former vice president, due in part to the Trump administration's response to the pandemic and protests against racial injustice.

While Trump's campaign vowed this year it would try to flip several states won by Democrats in the past, its spending shows it is focused entirely on holding onto states that Trump won in 2016, including some that appeared safe for the president until recently.

The ad-buying firm Medium Buying said Tuesday that the Trump campaign had reserved nearly $100 million worth of ad time this fall in Arizona, Florida, North Carolina, Ohio, Pennsylvania and Wisconsin. The campaign is also buying ads in Georgia, Michigan and Iowa. Trump won all of those states in 2016, some by comfortable margins.

The most recent analysis of the Electoral College battleground from NPR showed that neither candidate appears to have the 270 electoral votes needed to win the presidency in hand, but Biden was closer with at least one state Trump previously won — Michigan — leaning his way, while the president has failed to make progress in states that Democrat Hillary Clinton won in 2016.