Accessibility links
Trump's Judges, Mostly White Men, Will Rule For Decades The Senate majority leader, boosted by President Trump, hits a new milestone in his effort to "leave no vacancy behind." The judges, who are far from retirement age, are largely white men. 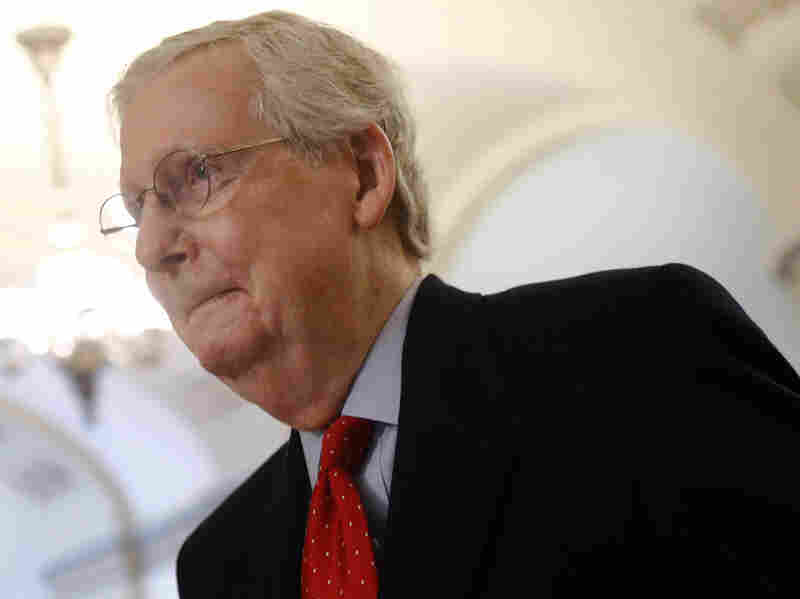 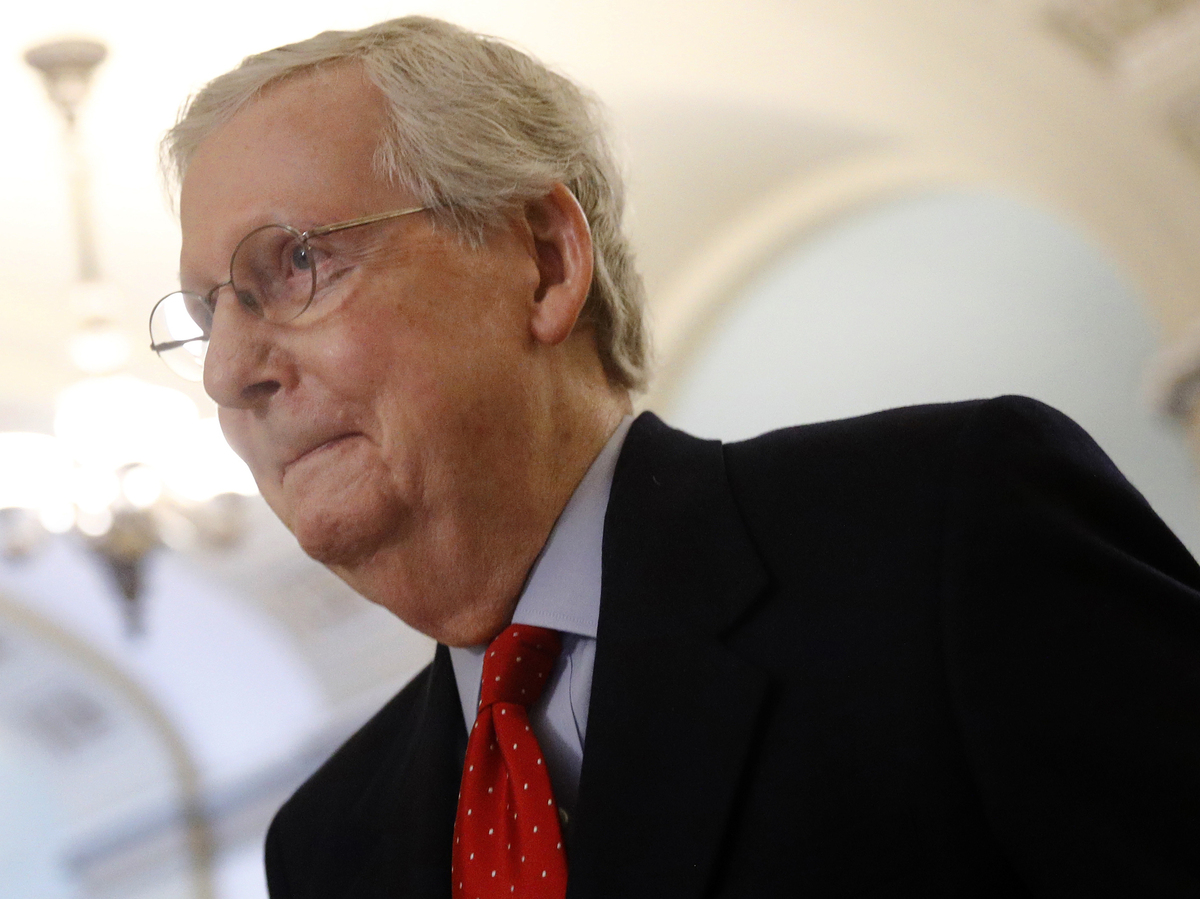 Senate Majority Leader Mitch McConnell, R-Ky., and the GOP majority have confirmed 200 judicial nominees by President Trump. It's a record that will affect U.S. law for decades.

With a boost from the Republican-led Senate, President Trump has now confirmed 200 federal judges. Each one has a life term, representing a legacy that could extend for a generation.

The president often trumpets the achievement in speeches and on Twitter. But the credit belongs as much to Senate Majority Leader Mitch McConnell, R-Ky., who took a victory lap last week.

"When we depart this chamber today, there will not be a single circuit court vacancy for the first time in at least 40 years," said McConnell, who's been advancing the judicial nominees with single-minded focus.

"Filling all of these circuit seats is an unmitigated success, no downside to that," said Severino, who leads the Judicial Crisis Network, a group that pushes for confirmation of Trump judges. "Let's, as leader McConnell has said, 'Leave no vacancy behind.' "

She pointed to Trump's record in appointing judges to the federal appeals court, one step below the Supreme Court. Over eight years, President Barack Obama confirmed 55 appellate picks. Trump already has installed 53 in just four years.

Democrats said there's a reason for that startling number — Republican stonewalling of the previous president.

"McConnell confirmed the fewest judges since President Truman during Obama's last two years in office," said Christopher Kang, who vetted judicial nominees in the Obama White House. "So the reason President Trump had 200 judgeships to fill in the first place is because McConnell obstructed."

Obama made the nominations, but McConnell kept them from being confirmed to wait for a Republican — in Trump — whose campaign the Senate majority leader then carried out with zeal, Kang said.

Aside from the sheer numbers of Trump judges, the other important thing is the longevity this cadre likely will have.

Many of the Trump nominees are in their 30s and 40s, not anywhere near retirement age. There is no minimum age restriction to serve as a judge.

Judge Allison Jones Rushing, who sits on the 4th U.S. Circuit Court of Appeals, was 36 years old when she was nominated. Justin Walker, who is preparing to take the bench on the U.S. Court of Appeals for the District of Columbia Circuit, is 38.

"Even if Donald Trump is gone from office in January, these judges are going to be ruling for decades to come," Kang said.

And, he added, they'll be ruling in cases that matter: abortion access, climate change, voting rights and more.

For some civil rights advocates, something else stands out about the Trump judge picks: diversity.

"They are largely white and male," said Vanita Gupta, who runs the Leadership Conference on Civil and Human Rights. "It is an astonishing lack of representation."

By her count, nearly 7 in 10 of the Trump judges are white men. Just 28 of the 200 are people of color. And, she said, there's only one Latina appeals court judge, and no Black appellate judges.

"You end up with a judiciary that is really out of step with where the country is as a whole because it takes a fair amount of work actually to end up with those statistics," Gupta said.

All three of them could appear on Trump's shortlist for the next Supreme Court vacancy. The president said he'll publish a new list by September before the election. Candidate Trump adopted a similar approach four years ago to signal that Republican voters could trust him.

Things worked well back then, Severino said. She said Trump's judges have been different — they're bolder — but not in a bad way.

"They're not simply trying to keep their heads down and become the blank slate that may have been the ideal nominee in a prior Republican administration — someone who really has no track record whatsoever," she said. "But instead these nominees are people who were willing to stand up for what they knew was right."

For Democrats such as Kang, that's not something to celebrate.

"These are far more extreme judges than even President George W. Bush put on the bench, and we're moving in the wrong direction," said Kang, who now works at Demand Justice, a group that's trying to mobilize Democrats' interest in the courts as an election issue.

Kang said he has no doubt that if more vacancies emerge later this year, Trump and McConnell will race to fill them while they control the White House and the Senate — underscoring how important judges are to Republican officeholders and the people who vote for them.