Accessibility links
On The Brink, Rural Hospitals Brace For New Surge In COVID-19 Cases Rural "critical access" hospitals, often some of the largest employers in small towns, have been operating on razor-thin margins throughout the coronavirus pandemic. 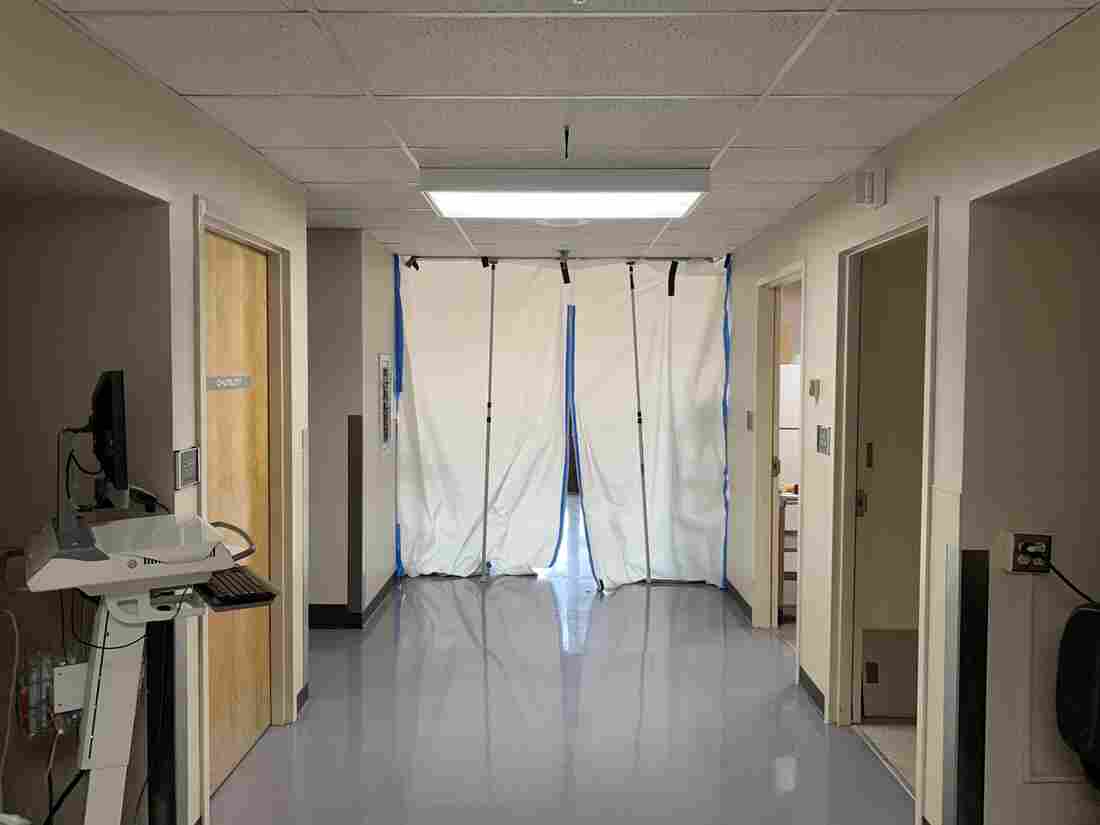 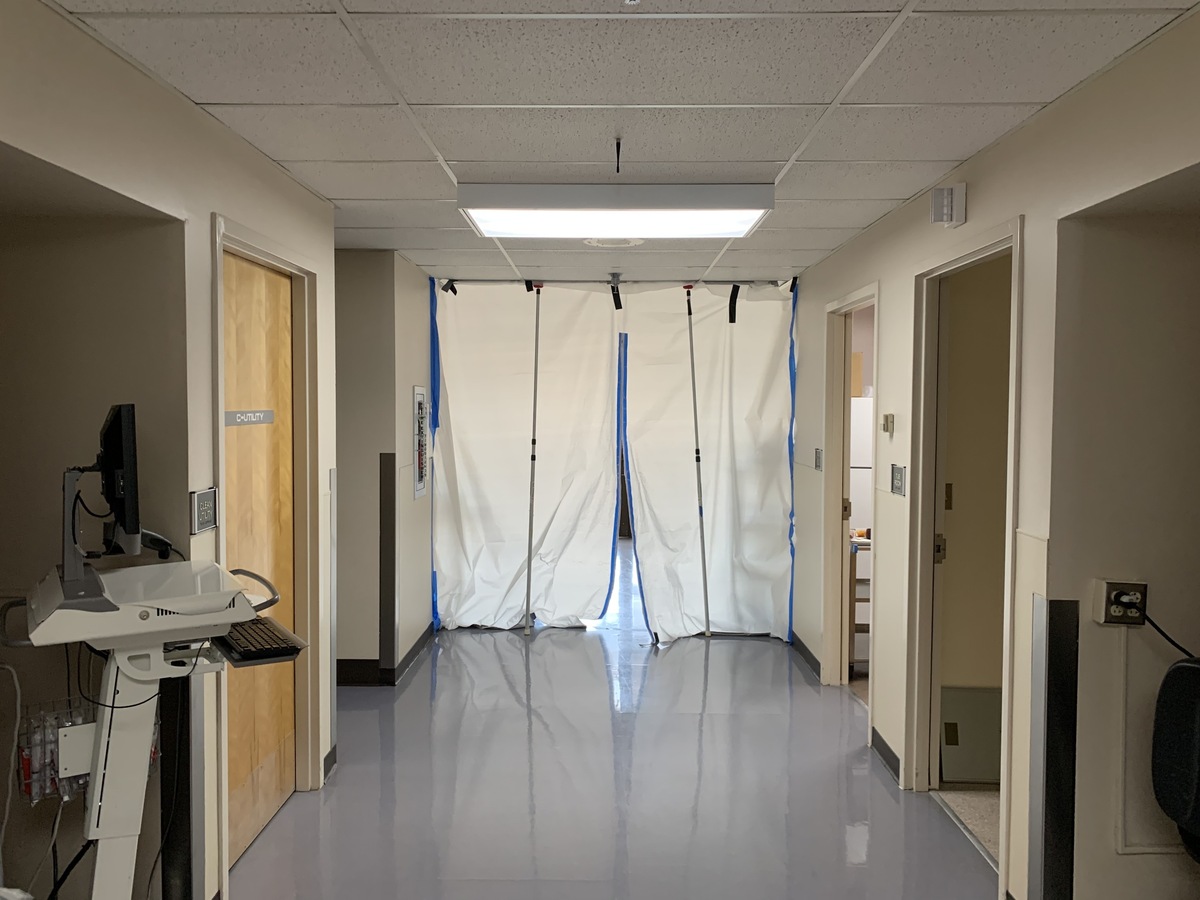 A hallway leads to a makeshift isolation ward for COVID-19 patients.

In the Idaho mountain town of Grangeville, population 3,200, signs in windows on Main Street advertise that Border Days "is on."

The annual Fourth of July celebration boasts street dances, Idaho's longest-running rodeo and even the world's largest egg toss. Like in a lot of small towns, Grangeville's economy has been struggling throughout this pandemic.

Border Days planners decided to go ahead with an altered, if slightly scaled back version of the festival this year amid worries about a possible spike in coronavirus cases.

"It's going to be a little risky," said Joel Gomez, owner of The Trails Restaurant & Lounge. "I feel like we're going to get hit with the corona after this."

With so many other July Fourth events canceled in the rural Northwest, local business owners such as Gomez are preparing for an onslaught of potentially thousands of tourists descending on the town.

Trails is one of the festival's street dance and live music venues. Gomez is moving everything he can outside, taking reservations and spacing out tables.

Border Days organizers say they're taking similar COVID-19 precautions. There have been only three confirmed cases in Idaho County since March. People around here have been taking the virus seriously, Gomez says, but after two months of shutdowns, his business is barely hanging on.

"It's one of those things that you have to survive," he said. "You've got people out there [trying] to feed their family. We are in the same boat."

Up the street, at the 16-bed Syringa Hospital and Clinic, CEO Abner King says his staff is prepared for a possible surge in coronavirus infections in a couple of weeks.

"It's pretty hard to do an egg toss in a socially distancing manner," he chuckles. 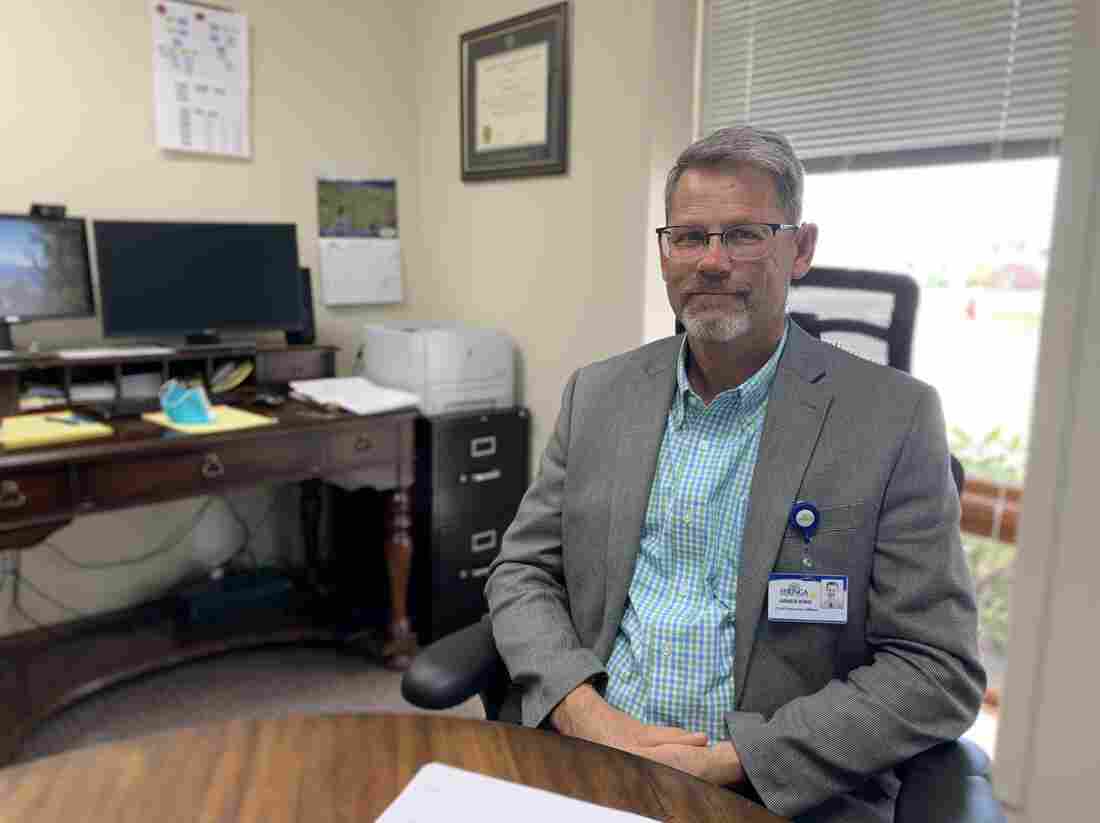 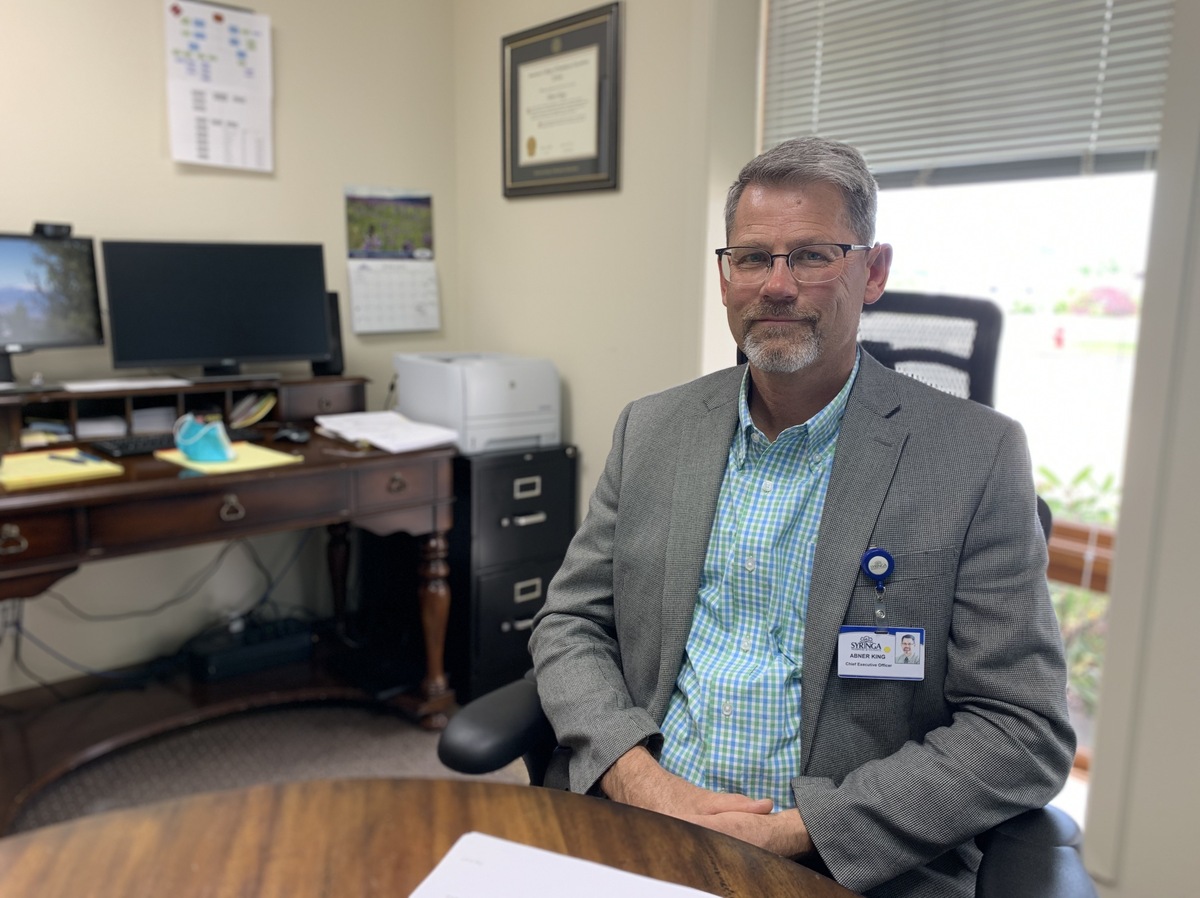 Syringa doesn't have an intensive care unit or even a ventilator. Most patients in need of critical care are transferred to larger regional hospitals, which so far during the pandemic have not been overwhelmed themselves as first feared.

Syringa staff members have been preparing and instituting precautions for months, yet to date they've not treated a single COVID-19 patient.

"That's the tough part about all this, because you get all ready for this big emergency and then nothing happens and then you have to fight complacency a little bit," King says. "We prepared for a flood, and then we were hit with a drought."

That "drought" has severely affected Syringa's bottom line. The irony is that small-town hospitals like this one are now on the brink of going broke during the pandemic. King says people just stopped coming into the hospital, its clinic and even its emergency room. All elective procedures were canceled. Since the pandemic took hold in March, revenue here has dropped by half.

Across the U.S., rural "critical access" hospitals were already closing at an alarming rate before the pandemic. Twelve have shuttered since the start of this year alone.

"Even without the pandemic, there's not a lot of room for surprises and errors," King said.

One of the main reasons that the hospital has stayed afloat since March is because of federal relief money. Among other things, it has helped pay for personal protective gear and other supplies as well as the construction of a temporary isolation ward for COVID-19 patients.

Past the hospital's small nursing station and down toward the end of a short corridor, there is a makeshift wall of heavy-duty plastic beneath the fluorescent lights. More air-handling units are on back order too, should the hospital need to convert more rooms to negative pressure.

That money is running out in the next few days, but King says business has recently picked back up to near pre-pandemic levels, as non-COVID-19 patients are starting to return to the clinic and hospital.

This is big, because in small towns like Grangeville, the hospital is often one of the largest employers.

"It's been stressful because it's just the unknown," said Melissa Holman, a nurse at the clinic. "You come to work and you never know if you're going to be exposed, and I have family members that are high risk."

Holman is back at work now after taking a voluntary furlough for 2 1/2 weeks this spring. It has been a struggle. Her husband is a rancher. They have two young kids, one in elementary school and another in day care; both the school and day care closed. A furlough did mean that she and her family could stay on the hospital's insurance.

Holman is watching as coronavirus cases are rising steeply elsewhere in Idaho. Worried about a similar fate for Grangeville, she's not convinced that school will reopen here as planned come fall.

"That could bring another hardship against our family trying to cover child care and homeschooling, along with maintaining a full-time job," Holman said.