Accessibility links
Pop Smoke's First And Final Album Falls Between Two Worlds The rapper quickly drew attention over the course of 2019, as one of the newest and brightest stars of an emerging generation of New York artists. 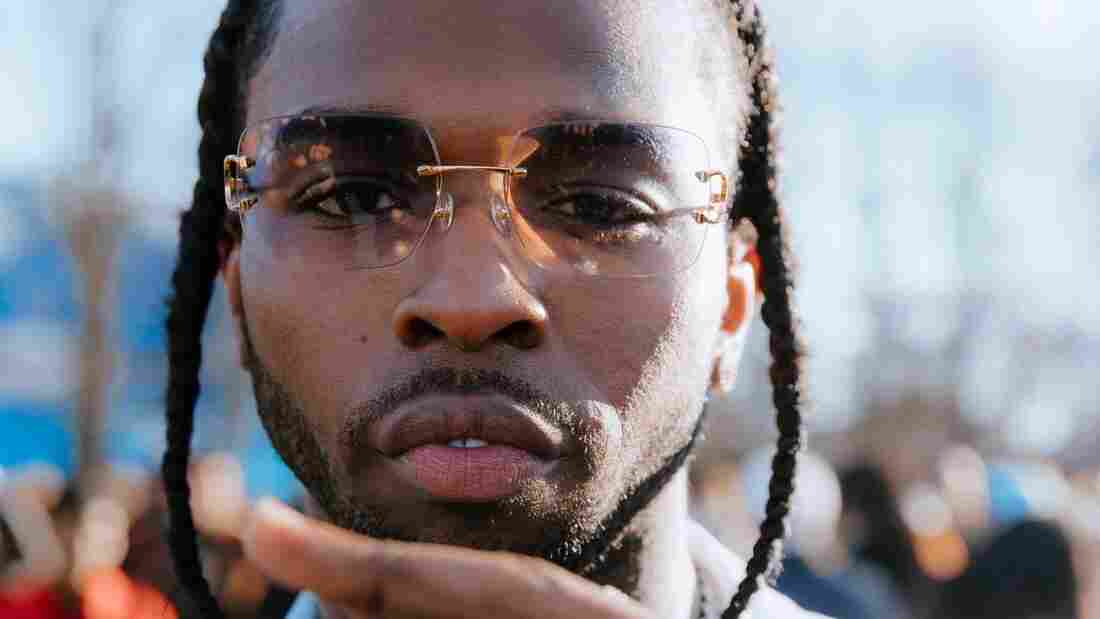 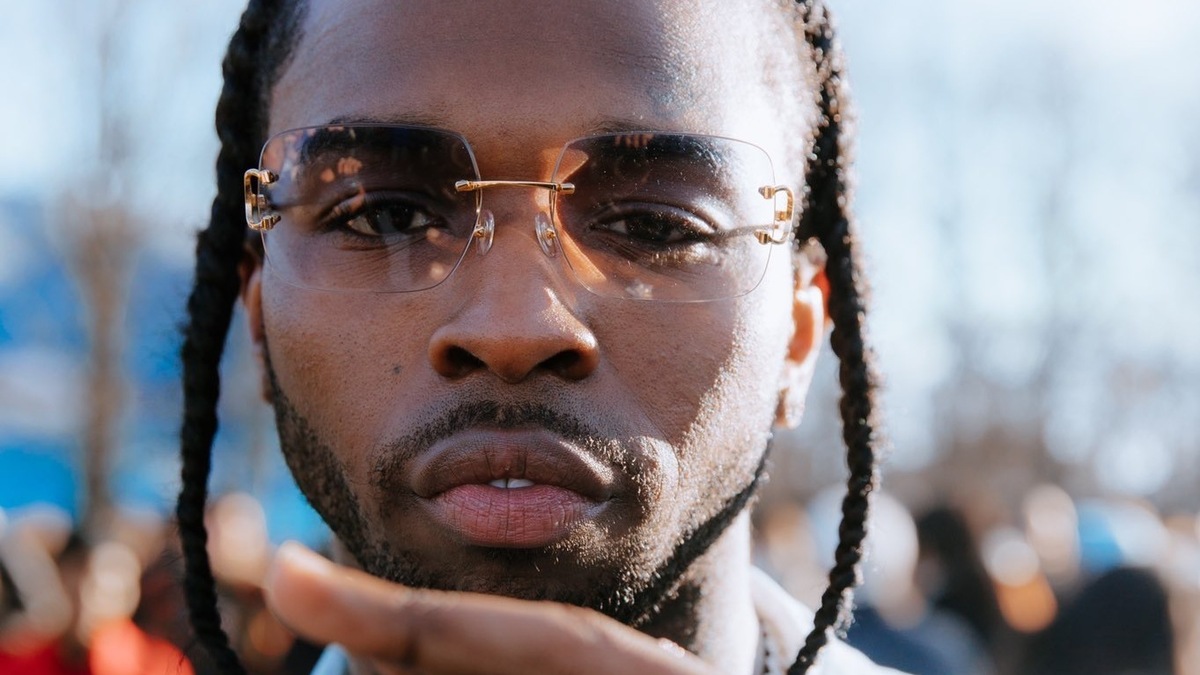 It's been five months since Pop Smoke's death and just over a year since "Welcome to the Party," the first single of his debut mixtape, Meet the Woo, began snaking through the firmament. Then it was joined by the even more irresistible "Dior." That music remains an artifact of the New York summer — the songs that once soundtracked the city's revelry have now been refashioned for protest, which only further cements his growing legend. In the studio, though, these hits were what he was up against.

The biggest critique of Pop's music, and the element that naysayers honed in on, was the homogeneity of his songs. Some wondered if he was a one-trick pony, skeptical that his voice could grow from its Canarsie roots to transcend the sonic signatures of Brooklyn drill, a spinoff of Chicago's homegrown subgenre, set to production inspired by the U.K.'s iteration of it and punched up with New York attitude. Before Pop, born Bashar Barakah Jackson, was shot and killed in a home invasion on Feb. 19, at the age of 20, he'd clearly set out to prove them wrong. Shoot for the Stars Aim for the Moon, his debut, arrives as a tribute and a sendoff, but also as a glimpse of the infinite. Many of the songs — Pop's contributions to them anyway — feel incomplete, like directions for the roads he'd intended to travel.

Pop's deep, baritone snarl was his instrument, and affixed a soulful quality to the sinister sound of his drill. It exists here on songs like "Aim For The Moon" and "44 Bulldog," which are continuations of the music that made him so beloved. The former takes into account the success he was only beginning to see, and thus has a triumphant sheen to it; the latter is vintage villainy that mirrors his earliest releases. Often, though, his voice shapeshifts into softer, more silvery versions of itself. The syrupy hook of "For The Night" stands out from Pop's usual fare, and "Yea Yea" thrusts his menace against a decidedly genial backdrop, to striking effect. Sometimes he's singing more so than rapping; sometimes it's as if he's simply trying to find new ways to pull tones from his vocal cords. On "Gangstas," "The Woo" and "Mood Swings," he sounds scarily like 50 Cent (one of the features on "The Woo" and an executive producer of the album), who came to the brink of death and returned with a new voice. 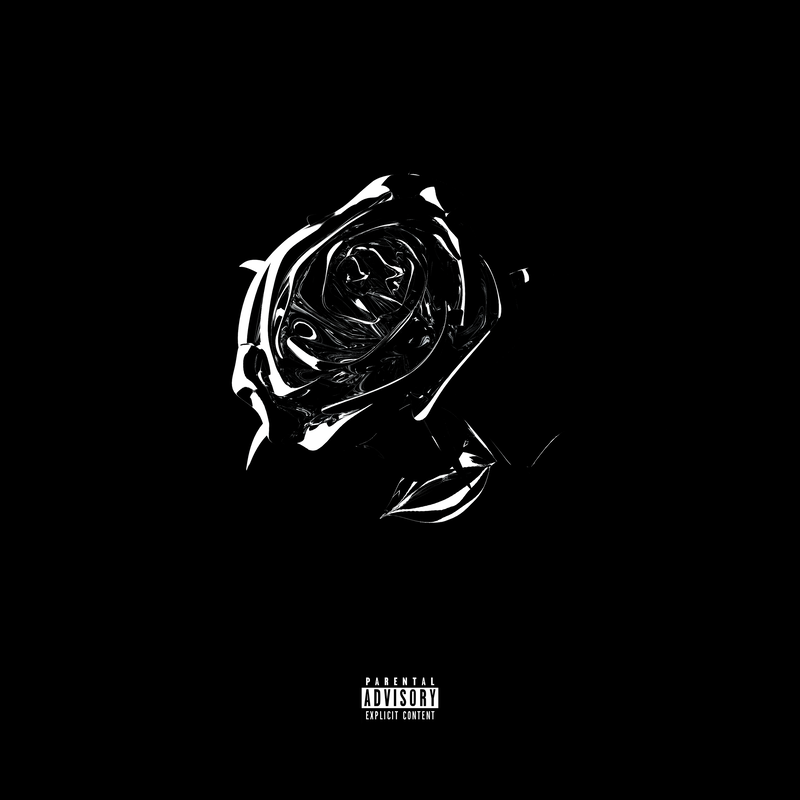 The (final) cover art for Pop Smoke's album Shoot for the Stars, Aim for the Moon. Courtesy of the artist hide caption

Brooklyn drill has a level of urgency built into the allure. The sense that Pop was trying to outrun his past — or time itself — came out in his voice like a chosen mode of protection. On the album's early tracks, that quality remains palpable. "Make It Rain" serves as an intimation of the stakes: When Brooklyn rapper Rowdy Rebel delivers his fiery verse over the jail phone, it's impossible not to think of how his and his associate Bobby Shmurda's run for glory was also unjustly cut short. The back half takes a turn towards the levity that comes when fight-or-flight stops being constant. Melody and contrast underscore Shoot for the Stars more than any of the work that preceded it, and the stretch of romance-centric songs, from "Enjoy Yourself" to "Diana," dial up his charm and playfulness in new ways. Some of this seems like the influence of 50, a proponent of gentleman-and-gangsta duality, but how Pop executes it is a testament to both his talent and the ways in which he was evolving. This kind of slippery melodicism marks a not-insignificant portion of popular rap, yet nestled among some of the most distinct voices of his time — Quavo, Young Thug, Future, Swae Lee — Pop still sounds so special. And still so New York. But when he's constantly flanked by a bevy of features, he also becomes a ghost haunting his own music. On "Creature," he gets a lone verse as Swae Lee holds down much of track's real estate. Future seems to honor him through imitation on "Snitchin," and DaBaby eulogizes him explicitly on "For the Night." These moments, when Pop is there but not really there, only magnify the tragedy that looms over the album.

By the time "Dior" rolls around, tacked on as a bonus track, it's the closest we get to resurrection. That's the thing about posthumous albums — they're forever framed by the circumstances under which they were released, forever tied to death. They become an exercise in myth-making as much as reminders of what has been lost. To listen to Shoot for the Stars is to wonder where Pop begins and ends, to search for him among his peers and imagine that their chart-topping and history-making ascents would've been his destiny as well. In his absence, we're left only with snapshots of his potential, possibilities refracted through other people's imaginations and suspended now within the span of the album. It could never be enough, but it'll have to do.