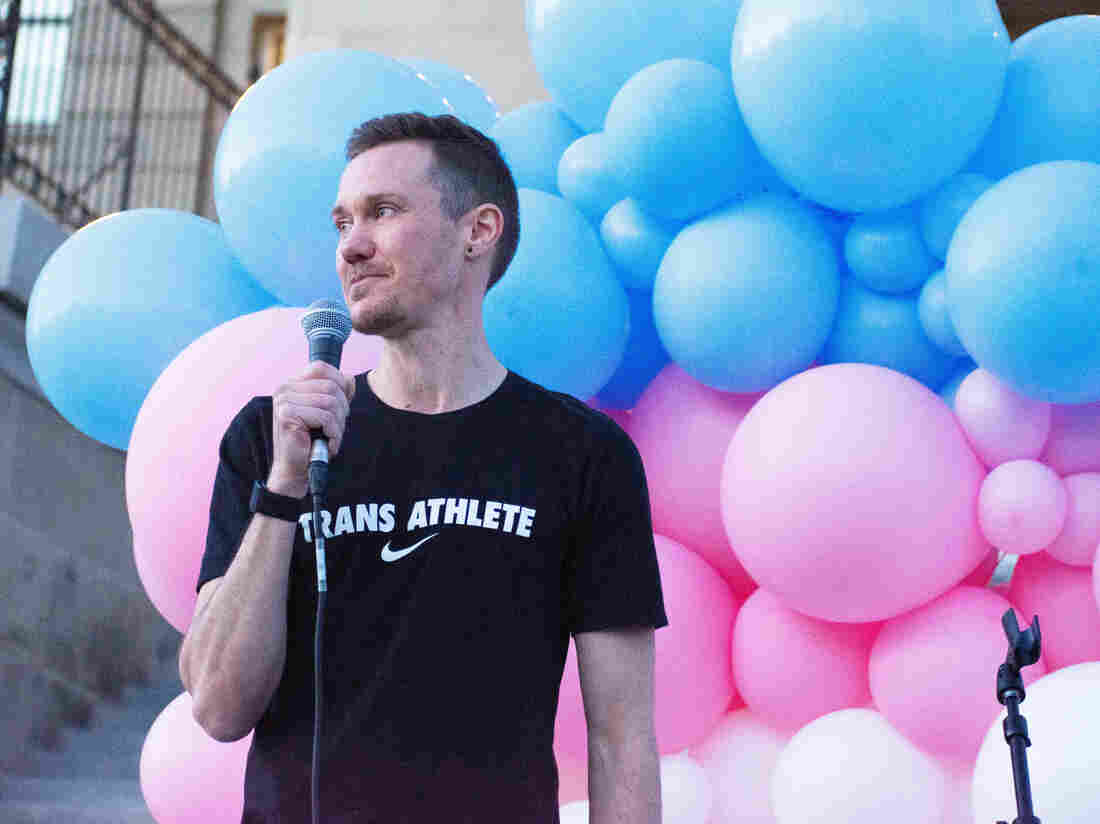 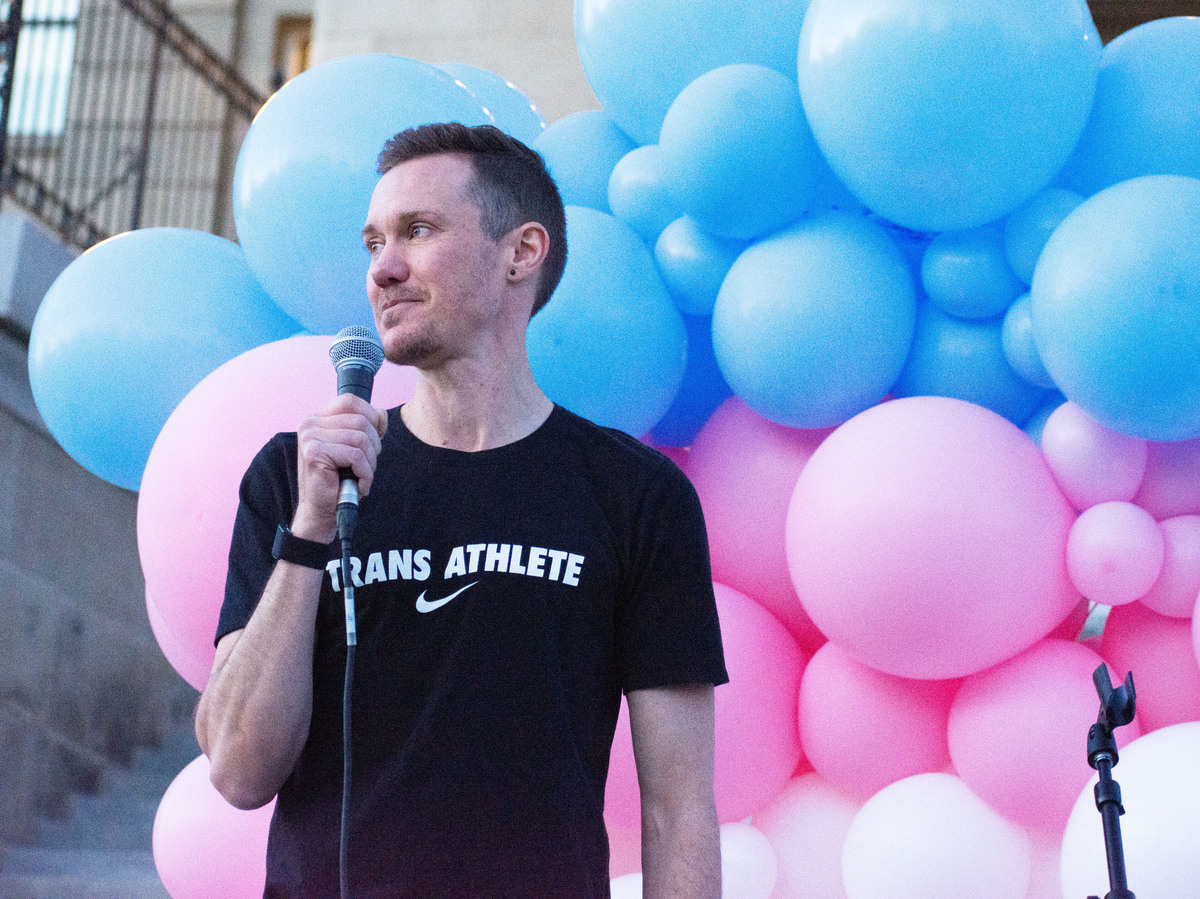 Chris Mosier, the first known transgender person to qualify for an Olympic trial, joined protesters in Boise, Idaho, to push back against legislation targeting transgender residents.

Two new laws went into effect in Idaho this week that target transgender residents. The enactment comes on the heels of a major U.S. Supreme Court decision in June, which greatly expanded LGBTQ rights.

One of the laws bans transgender people from changing the sex on their birth certificates while the other bars transgender girls and women from playing on sports teams that align with their gender identity.

"We are trying to solve a problem that doesn't exist," said Chris Mosier, the first transgender person to qualify for an Olympic trial. "We are not seeing widespread domination by transgender women and girls."

Earlier this year, as the bills came before Idaho's legislature, protesters rallied outside the state Capitol in Boise in an effort to uphold transgender rights. Mosier was at that rally in March, urging Idaho lawmakers to reject the bills.

Big businesses in Idaho spoke out, too. Tech giants HP and Micron, as well as Clif Bar and the yogurt maker Chobani, sent a letter to state legislators saying the proposals would hurt their recruitment efforts.

"If we're not able to attract that talent, ultimately, we don't get to the best innovation and that's what we're all striving for,"said Sharawn Connors, Micron's vice president for diversity, equality and inclusion. "On top of that, it's the right thing to do. But it's good for business as well."

Despite the businesses' lobbying and protests, the legislature passed the bills and Gov. Brad Little signed them into law. They went into effect July 1.

The transgender athlete ban law is the first of its kind in the country. State Rep. Barbara Ehardt, a former collegiate basketball coach, sponsored it. During the floor debate in the Idaho House, Ehardt defended the move as protecting access to sports for who she calls "biological" girls and women.

"You see, in sports we have requirements. We have standards, and it is not based on feelings, "Ehardt said. "We have these in order to participate to ensure fairness for all."

The law is now being challenged in federal court. It faces an uphill battle there in light of the Supreme Court's recent LGBTQ employment decision, according to Richard Seamon, a constitutional law professor at University of Idaho.

"The court's decision is going to support arguments that the concept of sex discrimination should be understood broadly in all of the areas — including public accommodations — where it's prohibited," Seamon said.

"Having to see my old name, or a dead name on paper, hear it over the phone, anything, it really is a big trigger for my gender dysphoria," Johnson-Waskow said.

Gender dysphoria is a condition where the mismatch between a person's sex assigned at birth and their gender identity can cause a lot of anxiety and stress.

Backers of the law banning changes to birth certificates argue the data is vital for tracking public health issues, for instance whether men or women are more affected by certain illnesses such as heart disease or high blood pressure.

But Johnson-Waskow said that information could be easily stored in a separate database.

"That seems like something pretty simple, to me, and something that we could easily do without hurting these individuals and hurting myself included."

Two years ago, a federal judge blocked an administrative policy in Idaho that prevented transgender people from changing their birth certificates. The state began accepting birth certificate changes in 2018, but this new law replaces that policy.

The same judge recently reaffirmed her permanent injunction last month but declined to rule on the constitutionality of the law. Now, LGBTQ advocates are weighing another legal challenge.