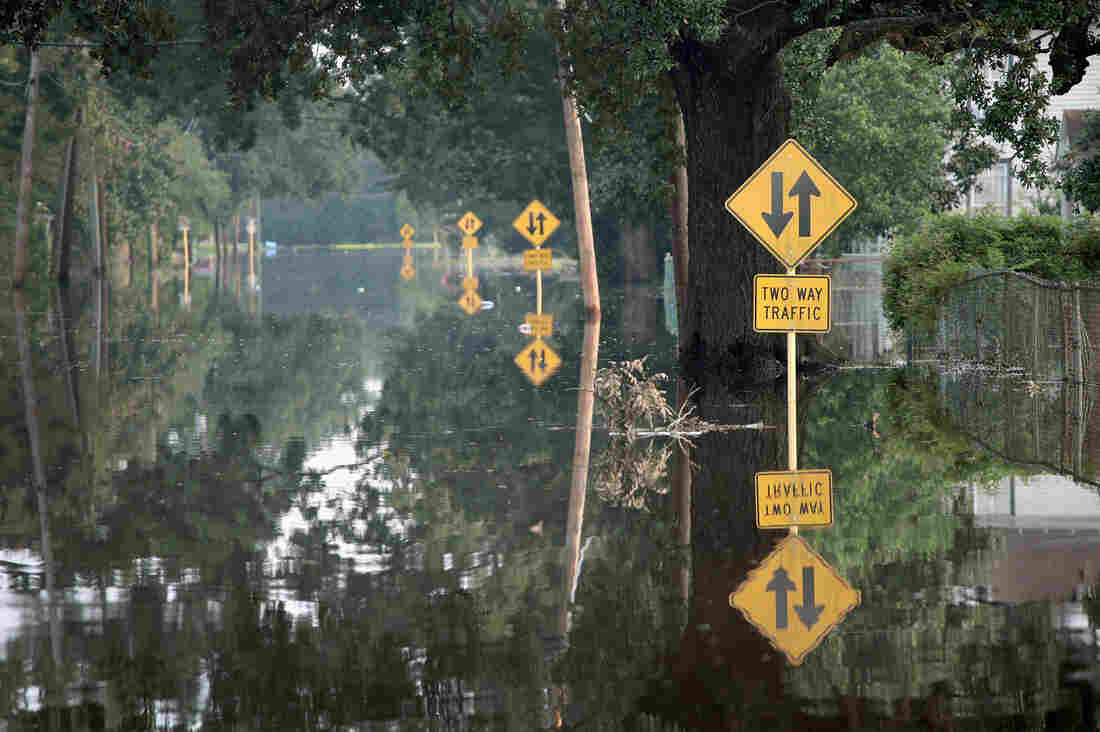 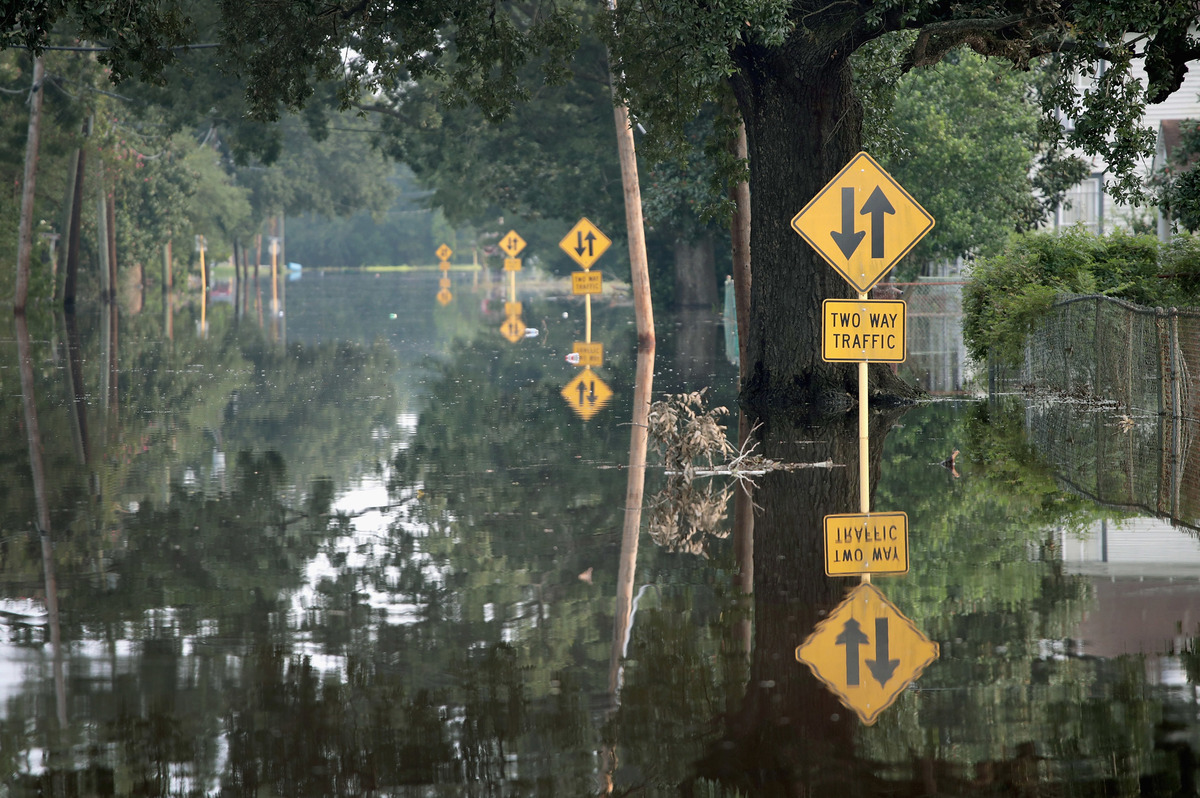 A handful of states are preparing to spend millions of dollars to address flooding, as extreme rain and sea level rise threaten communities along rivers and coastlines.

On July 1, Virginia's new Community Flood Preparedness Fund went into effect. It will set aside an estimated $45 million a year for flood mitigation projects. To fund the program, Virginia joined the Regional Greenhouse Gas Initiative, which regulates emissions in the Northeast and mid-Atlantic by auctioning off emissions allowances.

In Texas, the state legislature created a nearly $800 million flood infrastructure fund that is currently reviewing its first round of applications from local governments.

"It's very unique that states put their own money into this type of effort," says Laura Lightbody, the director of the flood resiliency program at the Pew Charitable Trusts. "They typically just wait for something to happen and then just get money from the federal government."

But as climate change and coastal development have converged in recent decades, flood risk in many places has skyrocketed. That means more demand for limited federal money.

"The resources at the federal level are really not sufficient for states to be able to go out and do what they want to do before a disaster happens," says Lightbody.

After back-to-back hurricanes in 2017, Congress set aside more money for pre-disaster projects, such as drainage upgrades, levees and sea walls to protect cities from flood water. But local officials from around the country must compete for those funds, which often puts smaller or poorer municipalities at a disadvantage.

For example, local governments can apply for FEMA money to purchase homes that are in floodplains. The house is demolished and the homeowner uses the money from the sale to move to a new, and presumably safer, area.

But FEMA requires the local government to share the cost of so-called home buyouts, and smaller or poorer towns may not have the money available.

Texas hopes to use its new flood fund to open up access to federal cost-sharing schemes for smaller communities. "We certainly want to leverage the resources our federal partners have made available," explains Peter Lake, the chairman of the Texas Water Development Board, which oversees the fund. "That was a key priority, making sure state dollars are available for local matches to draw down those federal dollars."

Lake says another priority is upgrading the maps that local planning and emergency officials use to make decisions about where, and how, to develop their towns. The federal government prioritizes coastal and heavily populated areas for map updates, which means FEMA's flood maps are years or decades out of date in many inland or rural places.

"Regardless if that's urban or rural, regardless of their economic profile, we've got a lot of local leaders out there trying to manage flood risk and protect their citizens with technical tools that pre-date the iPhone," says Lake.

The new state money could also help address structural inequities that are built into the federal government's flood mitigation funding.

Federal money is allocated for home buyouts as well as levees, dams and other drainage projects using a cost-benefit calculation that's meant to ensure that taxpayer money is used efficiently. But such calculations are based on the monetary value of homes and other buildings, which means homes that are worth less money often get less flood protection.

That can profoundly affect who ends up in harm's way. Legalized segregation followed by generations of housing discrimination have depressed home values for people of color in the U.S. A study published last year found that, nationwide, poor Americans are more likely to live in flood-prone areas.

Small and medium-sized cities hope that more state funding, with fewer strings attached, will help them protect their residents and adapt to climate-driven flooding. 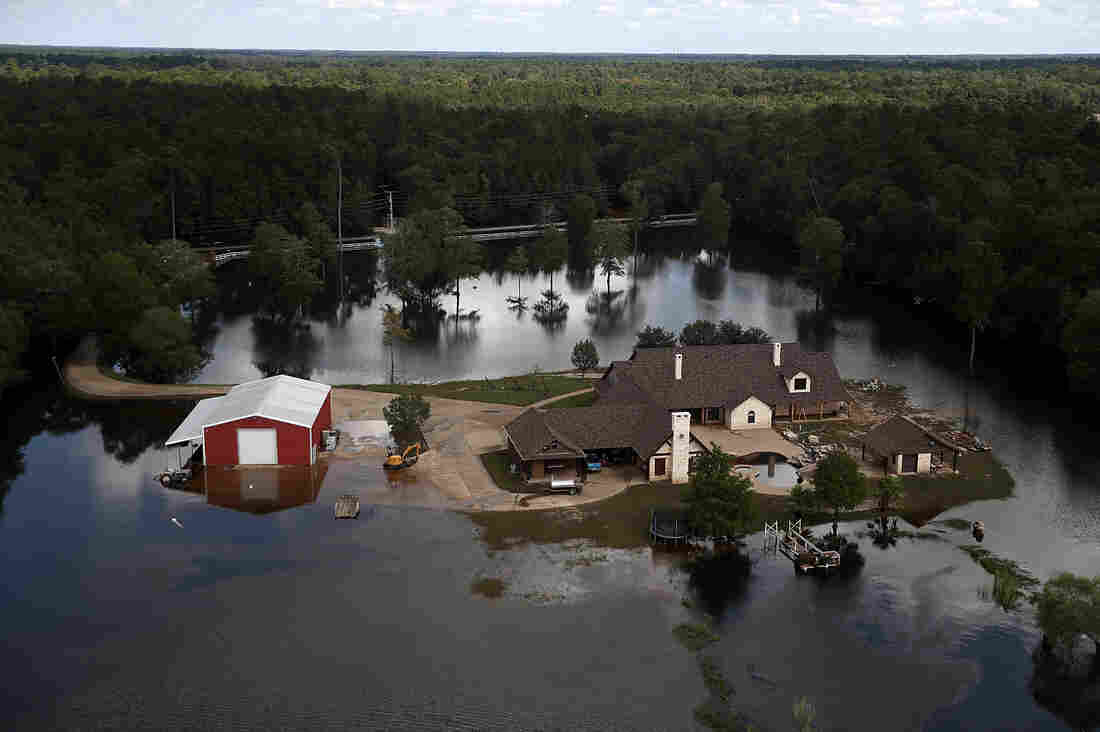 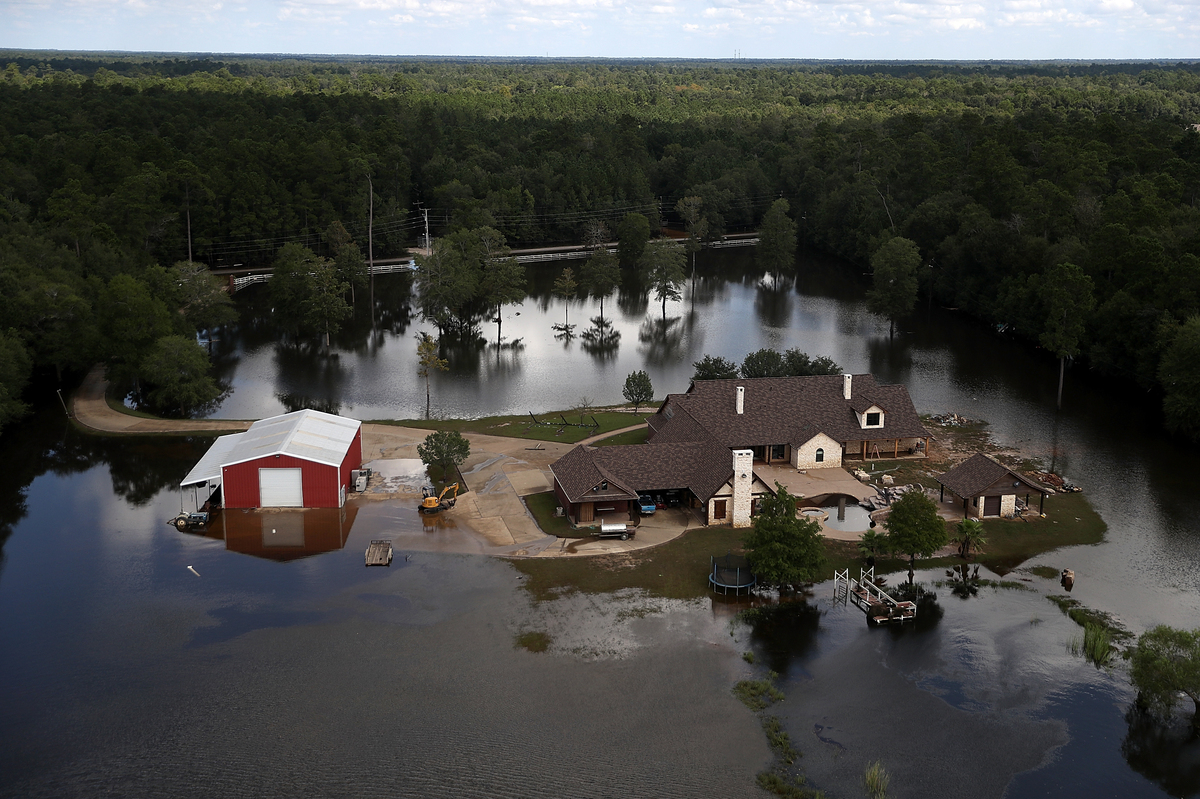 The western Virginia city of Roanoke has seen more frequent rain storms in recent years. "When we have significantly intense rainstorms, which seem to be happening more and more often, then the runoff from the hills and mountain-sides converge into the valley," explains Dwayne D'Ardenne, the city's stormwater manager. "Roanoke is the bottom of the bathtub, so to speak. If you look at an aerial map, we are the flood plain.

D'Ardenne says the city has relied on the federal government to fund years of drainage infrastructure projects and home buyouts. Since the mid-1980s, the Roanoke city government has acquired 119 homes in the floodplain, and helped those residents move to higher ground.

But there are still more than 1,300 structures in the city's floodplains, including about 75 that have been repeatedly damaged by flooding.

But D'Ardenne says in recent years federal money has been harder to come by.

"You have so many other localities in the U.S. that are experiencing flooding from these intense storms," he explains. Roanoke can't compete with, say, Charleston, S.C. or Houston, Texas where millions of people have been affected by flooding recent years, and major flood control projects are underway, he says.

Robbie Coates, the director of grant programs for the Virginia Department of Emergency Management, confirms that it no longer prioritizes individual home acquisitions and home elevations — where a house's foundation is lifted up to reduce flood risk — for FEMA funding applications.

Instead, the state mostly asks FEMA to help pay for larger projects, such as stream restoration and building stormwater retention areas, flood walls and pump stations.

D'Ardenne is hoping that the new state flood funding will provide more money to purchase homes in harm's way, and that the money will be available quickly after a disaster.

"Especially after a high water event, an intense storm that causes damage, there's a lot of interest" in selling flood-prone homes to the city, he says. "Over time, the enthusiasm wanes."

That's a problem, because FEMA often takes years to approve applications for home purchases. During that time, a family might be forced to own two homes, or pay rent while also paying a mortgage, which can put home buyouts out of reach for people with less wealth.

"We certainly would hope that a state-run program would be quicker than a federal program," D'Ardenne explains.

It's still unclear whether his hope will be realized. The rules and guidelines governing the new Virginia flood fund will be written in the coming months.