Accessibility links
Mexico's President Weathers A Torrent Of Criticism Over Meeting With Trump Andrés Manuel López Obrador's critics say he's making a mistake by going to Washington and is giving in to the U.S. president's whims. But López Obrador says, "We are going ... with our heads high."

Listen · 3:28 3:28
Mexico's President Weathers A Torrent Of Criticism Over Meeting With Trump 3:28 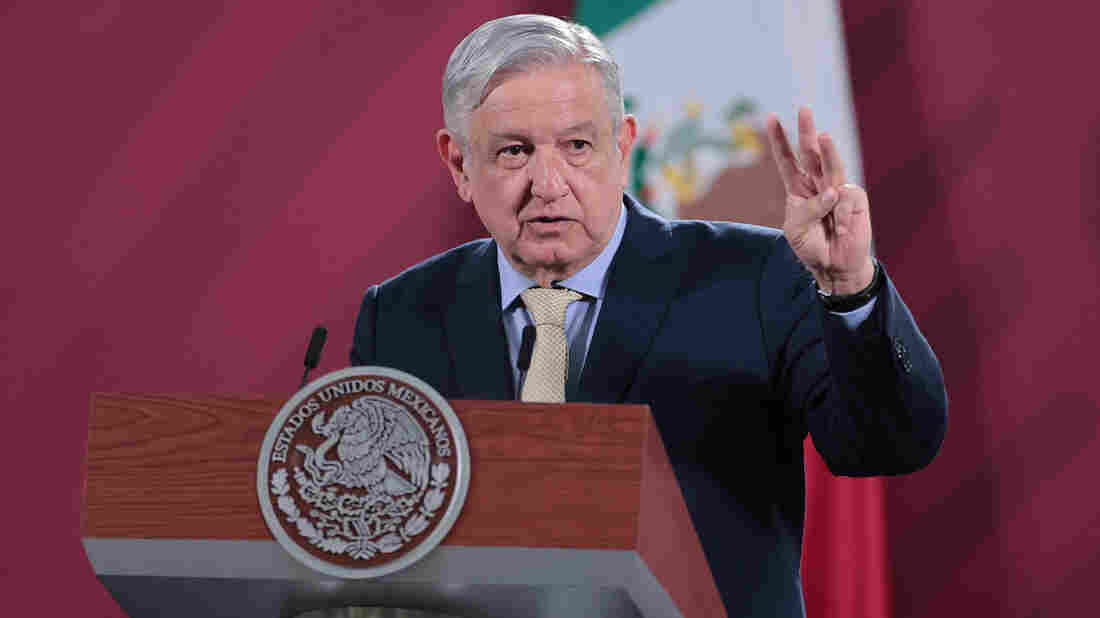 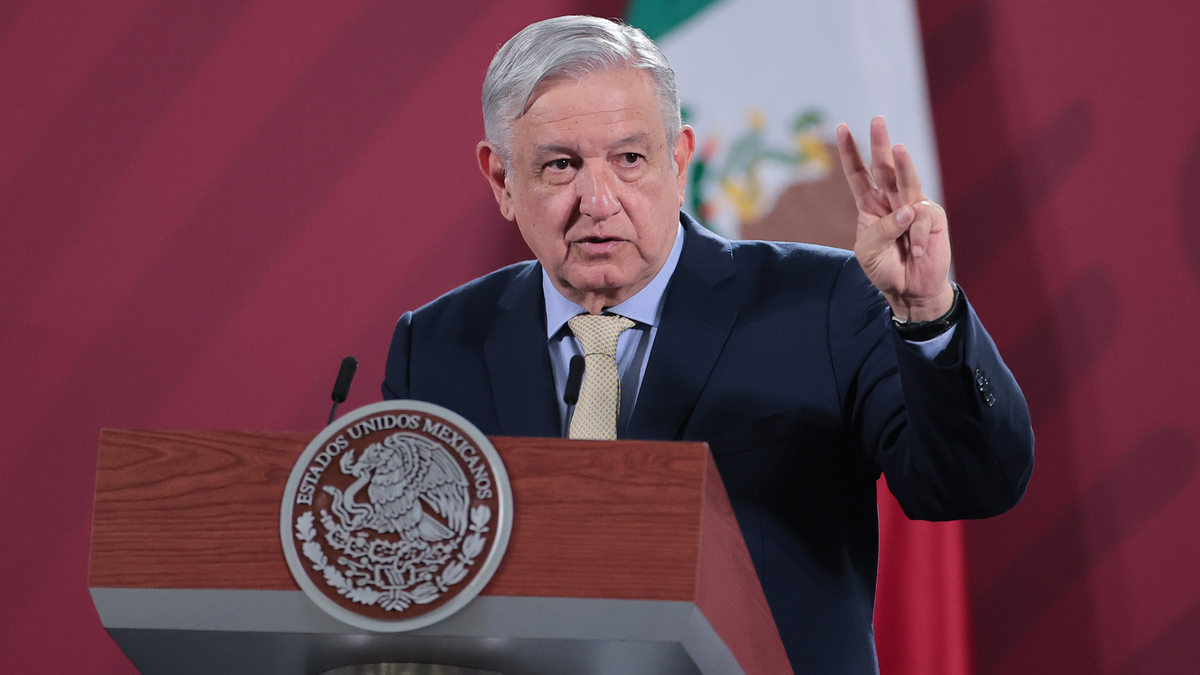 Near downtown Mexico City, Cristian Corte sells tacos and gorditas at a makeshift stand outside a metro stop. He pulls down his thin paper mask, anxious to vent his anger about the Mexican president's upcoming trip to Washington, D.C.

"I want him to tell Trump to stop stepping all over us and to treat everyone as equals," says Corte.

On Friday, President Andrés Manuel López Obrador appeared to be talking to Mexicans like Corte, skeptical of his visit on Wednesday and Thursday to the White House.

His critics don't see it that way. Former diplomats, columnists and political pundits have taken to social media and the airwaves daily to decry the visit. Many say López Obrador is making a huge mistake by going, that he is once again giving in to President Trump's whims and that he's helping the U.S. president politically during a tough reelection campaign.

"It is a very risky move," said Denise Dresser, a professor and political commentator in Mexico City. "Forever the Mexican president will be captured in a photograph standing next to someone who Mexicans view as xenophobic, as racist, as a leader who has humiliated Mexicans. ... By standing next to him, López Obrador validates those positions," she said.

Others say López Obrador is using the trip as a distraction from domestic troubles, especially the rising rate of infections from the coronavirus. Last week, Mexico surpassed Spain in the number of COVID-19 deaths.

Like Trump, López Obrador does not wear a mask in public and has opted for opening the economy over onerous lockdown measures. López Obrador has also said he has no need to get tested for the virus, even though several officials near him, including his treasury secretary, have tested positive.

Adding to López Obrador's risk, he will be flying on a commercial airline to Washington, D.C. He refuses to use the presidential plane, calling it too extravagant for a country as poor as Mexico. Without a direct flight from Mexico City to D.C., López Obrador will have to make a stop in a major U.S. city and arrive the night before his meeting with Trump. And he'll have to get tested in the U.S. too.

White House spokesman Judd Deere says everyone in the Mexican traveling delegation will be tested for COVID-19.

Despite all the health and political risks, Roberto Velasco, head of North American relations in Mexico's Foreign Ministry, says the trip is a vital trade and commercial mission. López Obrador wants to celebrate the start of the U.S.-Mexico-Canada trade agreement that went into effect last week, said Velasco.

"We do not get to pick and choose which governments we work with and which we don't, when there are citizens of ours and commercial interests and such important bilateral affairs to attend as is the case with the U.S.," he added.

For many Mexicans, though, the visit isn't such bad timing. Saúl Hernández, a construction worker on the site of a new apartment high-rise near downtown Mexico City, says maybe the presidents' meeting can help the bad economy.

"I hope they do something good and get investment to come here because jobs are hard to come by these days in Mexico," he said. Mexico has lost more than a million formal jobs because of the coronavirus pandemic and is slipping further into recession.

A recent poll showed that a majority of Mexicans are in favor of López Obrador meeting with Trump, even though the Mexican president's own popularity is slipping.

Carlos Bravo Regidor, a professor at the Center for Economic Research and Teaching in Mexico City, says López Obrador isn't going to lose too much support over the Trump visit.

"For Mexican standards López Obrador is still quite a positive president, his base sticks with him. It's chipping away but it is chipping away slowly," he said.

Bravo, who opposes López Obrador's visit, is a bit conciliatory, saying it must be tough to be president of Mexico with Trump in the White House.

"It's not like the president of Mexico can get in a fight with Trump. ... One way or the other we have to reckon with the fact that we have such an anti-Mexican president in the White House and find a way to work with him," he said.

A previous version of this story misspelled Roberto Velasco's last name as Valesco.