Accessibility links
Court Rules Dakota Access Pipeline Must Be Emptied For Now A federal judge has ordered the Army Corps of Engineers to produce a full environmental review. Until then, oil must stop flowing through the controversial pipeline. 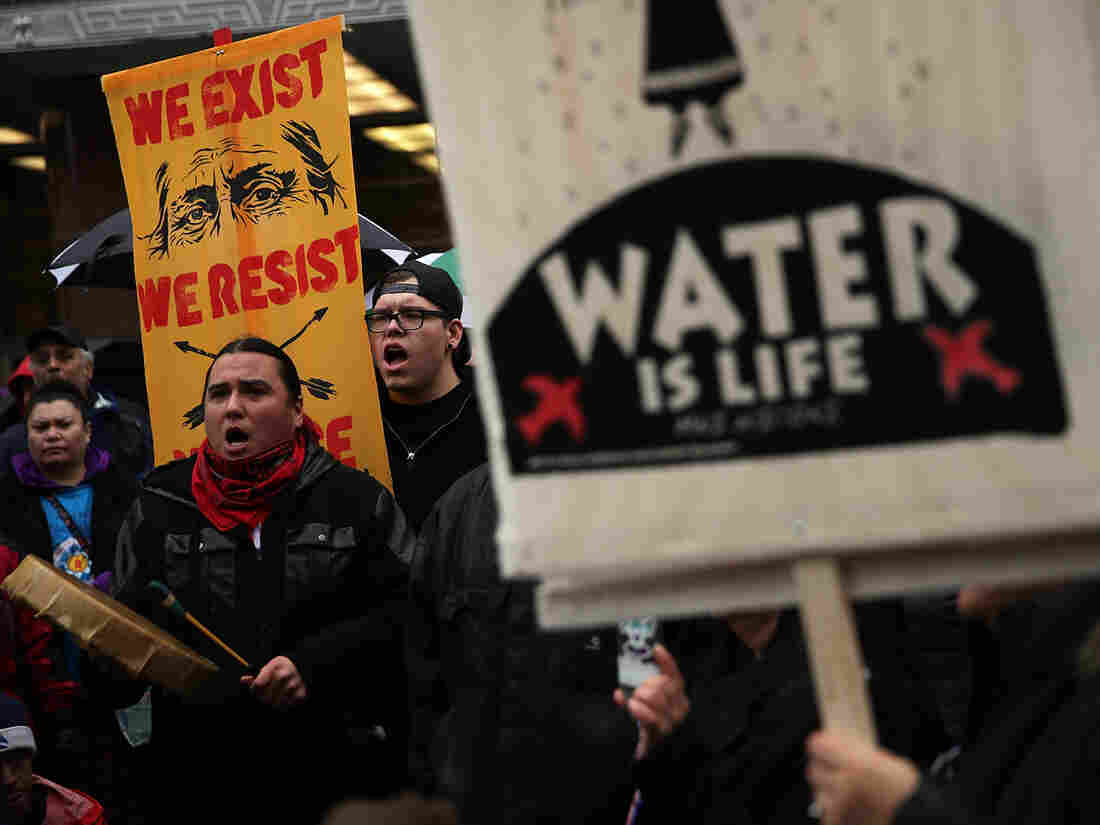 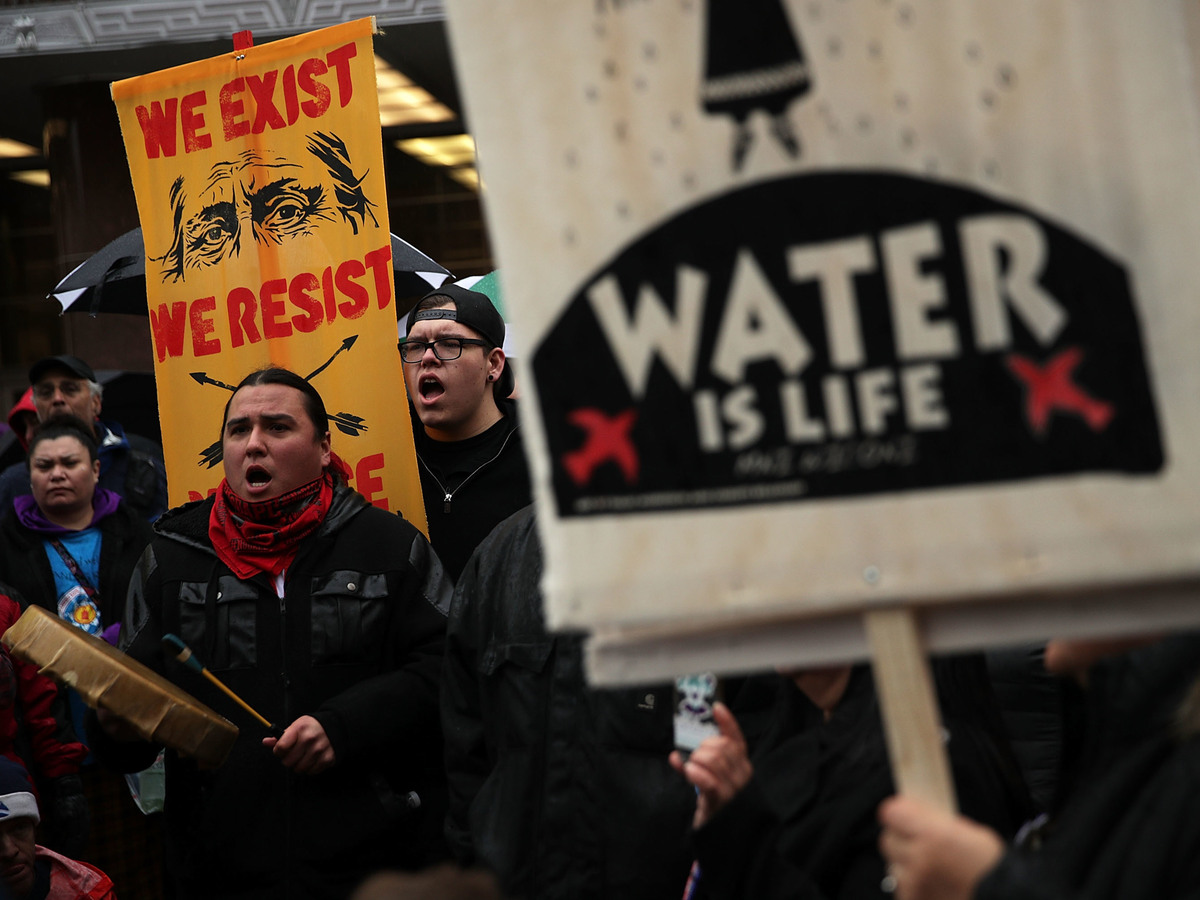 Members of the Standing Rock Sioux Tribe and its supporters, shown here during a demonstration in 2017, have opposed the Dakota Access Pipeline for years.

A federal judge has ruled that the controversial Dakota Access Pipeline must be emptied for now while the Army Corps of Engineers produces an environmental review.

In a decision posted Monday, U.S. District Judge James Boasberg said that it was clear shutting down the pipeline will cause disruption. But he said that "the seriousness of the Corps' deficiencies outweighs the negative effects of halting the oil flow" during the estimated 13 months it will take to complete the environmental impact statement.

The court vacated the Corps' decision to grant federal approval for the project, and will require the pipeline to be emptied within 30 days.

Boasberg, a judge in the U.S. District Court for the District of Columbia, ordered the Corps in March to conduct a full environmental impact analysis. He said that the Corps had made a "highly controversial" decision in approving federal permits for the project. Among other things, he said the Corps had failed to answer major questions about the risks of oil spills.

Members of the Standing Rock Sioux Tribe, whose reservation lies downstream of the pipeline, have been fighting against its construction for years. Crude oil began flowing through the pipeline in 2017. The $3.8 billion pipeline stretches more than 1,100 miles from North Dakota to Illinois, transporting 570,000 barrels of oil per day.

"It took four long years, but today justice has been served at Standing Rock," Earthjustice attorney Jan Hasselman, who represents the tribe, said in a statement. "If the events of 2020 have taught us anything, it's that health and justice must be prioritized early on in any decision-making process if we want to avoid a crisis later on."

The tribe sued the Corps in August 2016, alleging that the Corps had failed to consult tribe members adequately before approving the pipeline, and had violated the National Historic Preservation Act when it effectively authorized its construction without provisions to ensure against destruction of culturally important sites.

The pipeline company, Energy Transfer, called the decision "ill-thought-out" and said that the crude will now be transported by rail instead, increasing environmental risks to counties along the transport corridors.

"We believe that the ruling issued this morning from Judge Boasberg is not supported by the law or the facts of the case," the company said in a statement. "We will be immediately pursuing all available legal and administrative processes and are confident that once the law and full record are fully considered Dakota Access Pipeline will not be shut down and that oil will continue to flow."

"It is disappointing that, once again, an energy infrastructure project that provides thousands of jobs and millions of dollars in economic revenue has been shut down by the well-funded environmental lobby, using our Nation's court system to further their agenda," U.S. Secretary of Energy Dan Brouillette said in a statement.

Monday's ruling is the second major win for pipeline opponents in as many days. On Sunday, Dominion Energy and Duke Energy canceled the Atlantic Coast Pipeline project.

The companies said the cancellation was necessary "given the legal uncertainties facing the project." The 600-mile natural gas pipeline was to have run from West Virginia to population centers in Virginia and North Carolina, crossing at one point under the Appalachian Trail.

The companies' CEOs said that "this announcement reflects the increasing legal uncertainty that overhangs large-scale energy and industrial infrastructure development in the United States."