Accessibility links
Sen. Duckworth Waiting For White House Promise Not To Block Vindman's Promotion Sen. Tammy Duckworth tells NPR that she'll hold up hundreds of Army officer promotions unless she gets assurance that the Trump administration won't interfere with that of Lt. Col. Alexander Vindman. 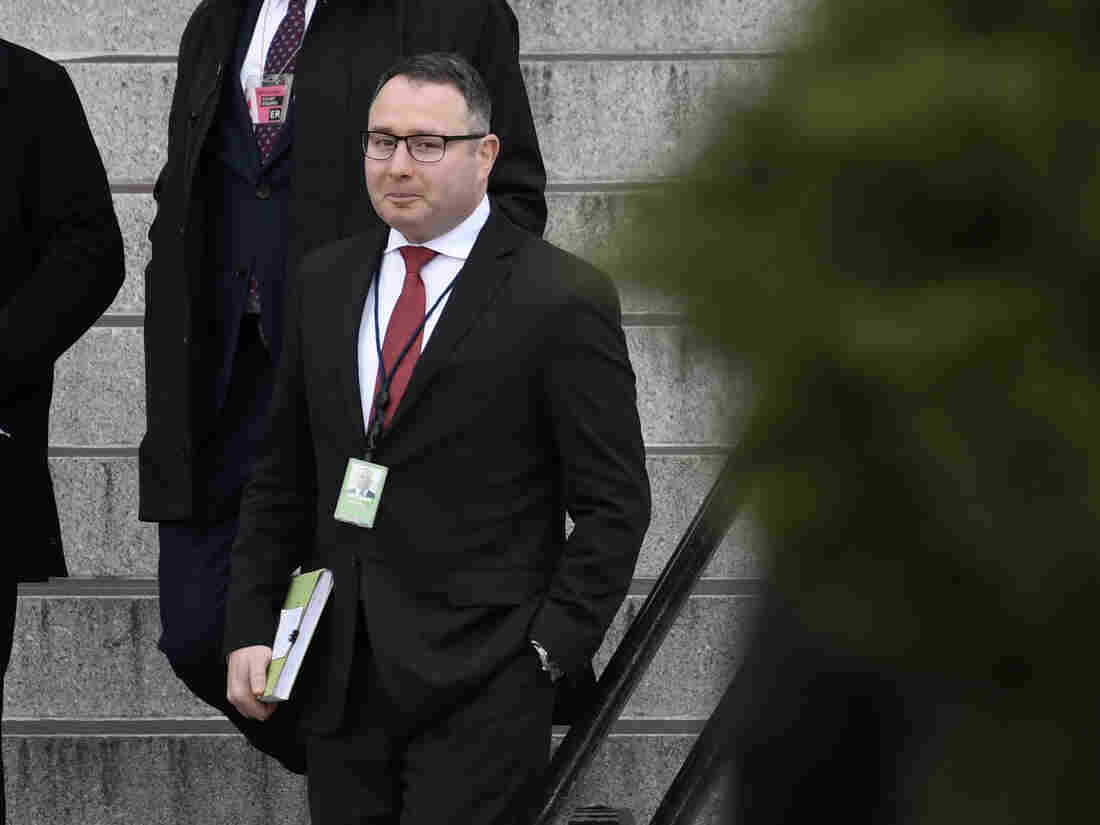 Army Lt. Col. Alexander Vindman, a military officer at the National Security Council who testified during the impeachment hearings on Capitol Hill, is seen at the White House complex in January. Susan Walsh/AP hide caption 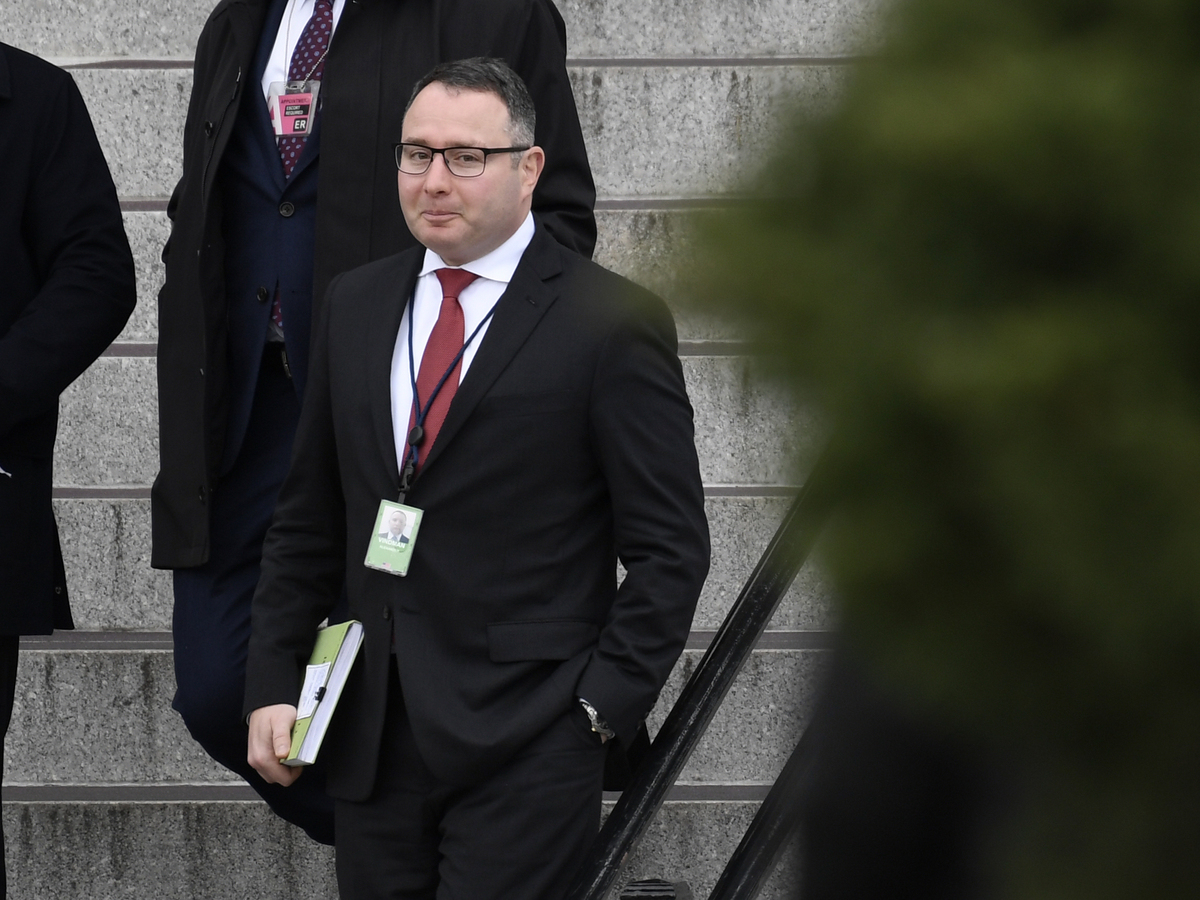 Army Lt. Col. Alexander Vindman, a military officer at the National Security Council who testified during the impeachment hearings on Capitol Hill, is seen at the White House complex in January.

Sen. Tammy Duckworth tells NPR she still hasn't been assured by the secretary of defense that the administration won't block the routine promotion of impeachment witness Lt. Col. Alexander Vindman.

Duckworth said last week that she would hold up the promotions of more than 1,100 senior Army officers unless Secretary of Defense Mark Esper guaranteed in writing that if Vindman is on a Pentagon promotions list, as expected, the White House won't interfere with his advancement to full colonel. 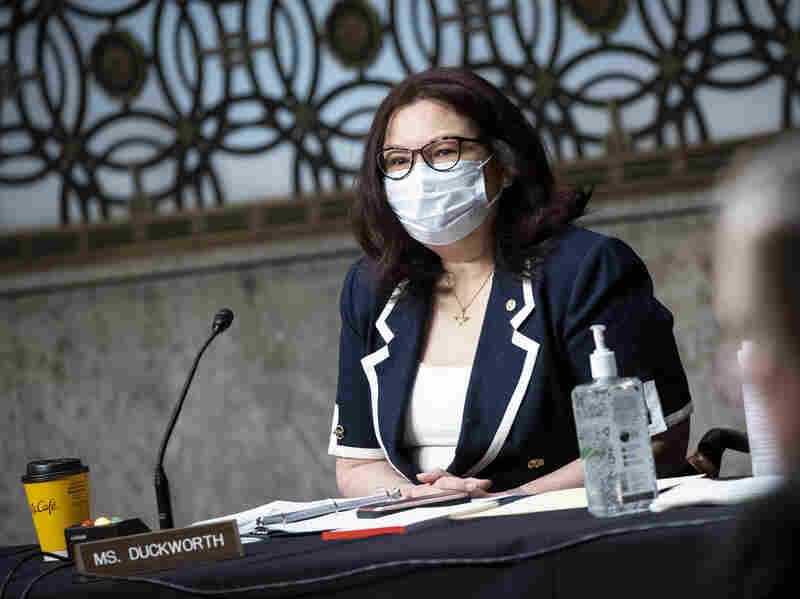 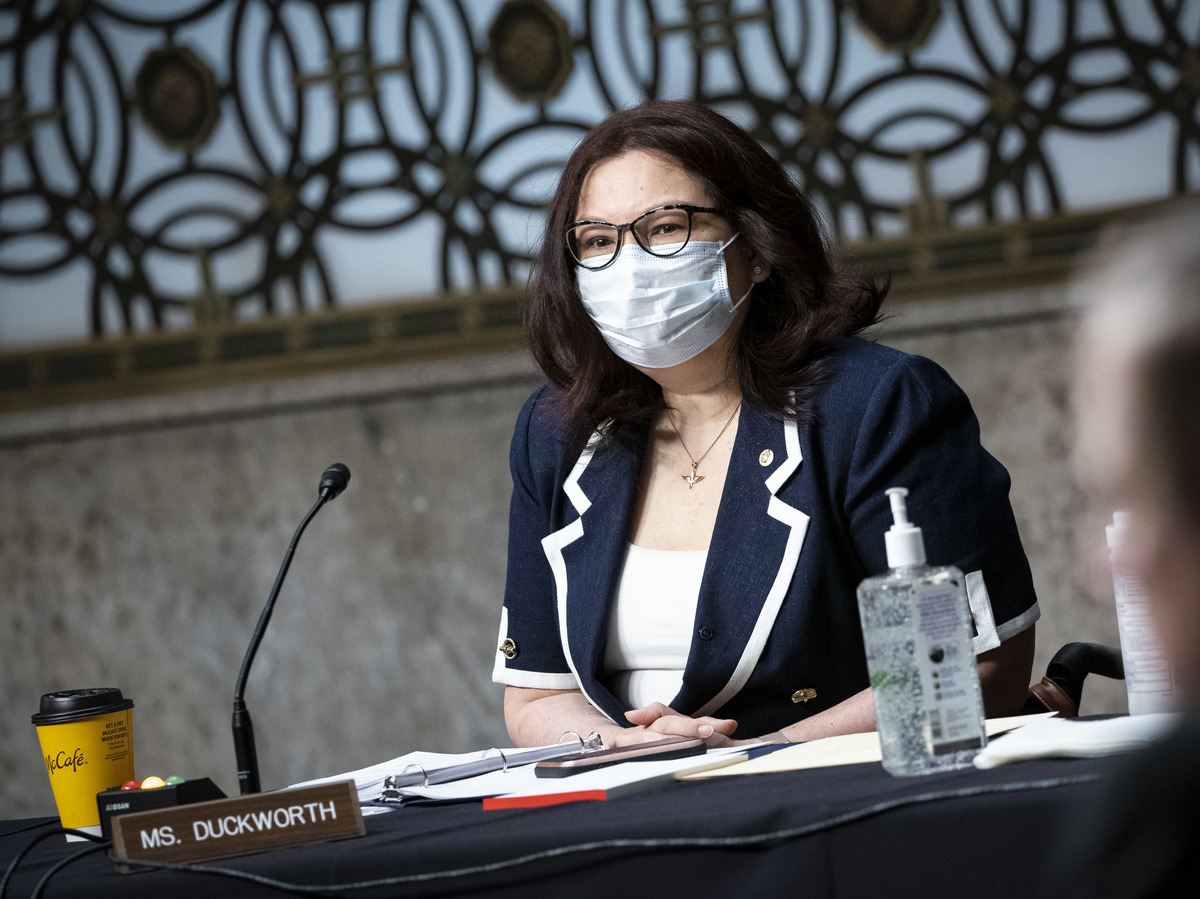 Senator Tammy Duckworth, a Democrat from Illinois, wears a protective mask during a Senate Armed Services Committee hearing in May.

Speaking with All Things Considered host Mary Louise Kelly, Duckworth, a military helicopter pilot who lost both legs after being shot down over Iraq, decried White House meddling "in what should be routine military affairs."

Interview With Sen. Tammy Duckworth on 'All Things Considered'

Sen. Duckworth To Hold Up Military Promotions Unless Vindman Is Treated Fairly

The Senate reviews the annual promotions list and the White House must also sign off on it. Specifically referring to Vindman, Duckworth said if he is on the list, "[Three] higher ranking officers had to agree that he should be promoted."

"And if he's on the list, he deserves to go forward in a routine way, as everyone else," she said.

In February, Vindman, an immigrant from Ukraine, was fired from his position as a National Security Council staffer and escorted out of the White House, according to his lawyer. His twin brother, Yevgeny, who did not testify at the impeachment hearings, was fired the same day from his job as an ethics lawyer at the NSC.

In a tweet afterwards, the president said Alexander Vindman was "very insubordinate, reported contents of my 'perfect calls' incorrectly," adding, "In other words, 'OUT'."

Duckworth said she hasn't heard from any service members whose promotions are at stake who disagree with Vindman's promotion – in fact, several have called to express support, she said.

The Illinois Democrat also condemned what she called the president's use of the military "for political gain."

"[W]hether it's trying to use them as props with a military parade like he did last year, or whether it is to use them to silence peaceful protesting like they did this year," she said.

"The military does not like that. And that's not the role of our military. That's why it's one of the few institutions left in this country that is really respected by Americans," Duckworth said, adding, "And we dishonor the sacrifice of our troops when we politicize them."

On another military development, a day after remains were identified as Army Spc. Vanessa Guillen, who was reportedly bludgeoned to death after being sexually harassed, Duckworth said: "In this particular case, I am very concerned that she did not feel that the system that's in place was going to be responsive to her."

She said she had asked the Government Accountability Office to investigate whether Department of Defense programs for reporting of sexual harassment and sexual assault "are actually working or not."