Accessibility links
In 'A Silenced Voice,' Journalist Kim Wall Is More Than a Victim, Kim Wall was 30 when she was killed by a source. Her parents are working to make sure her name will not be a warning but a tag under ambitious investigative pieces, a line on resumes, a calling card. 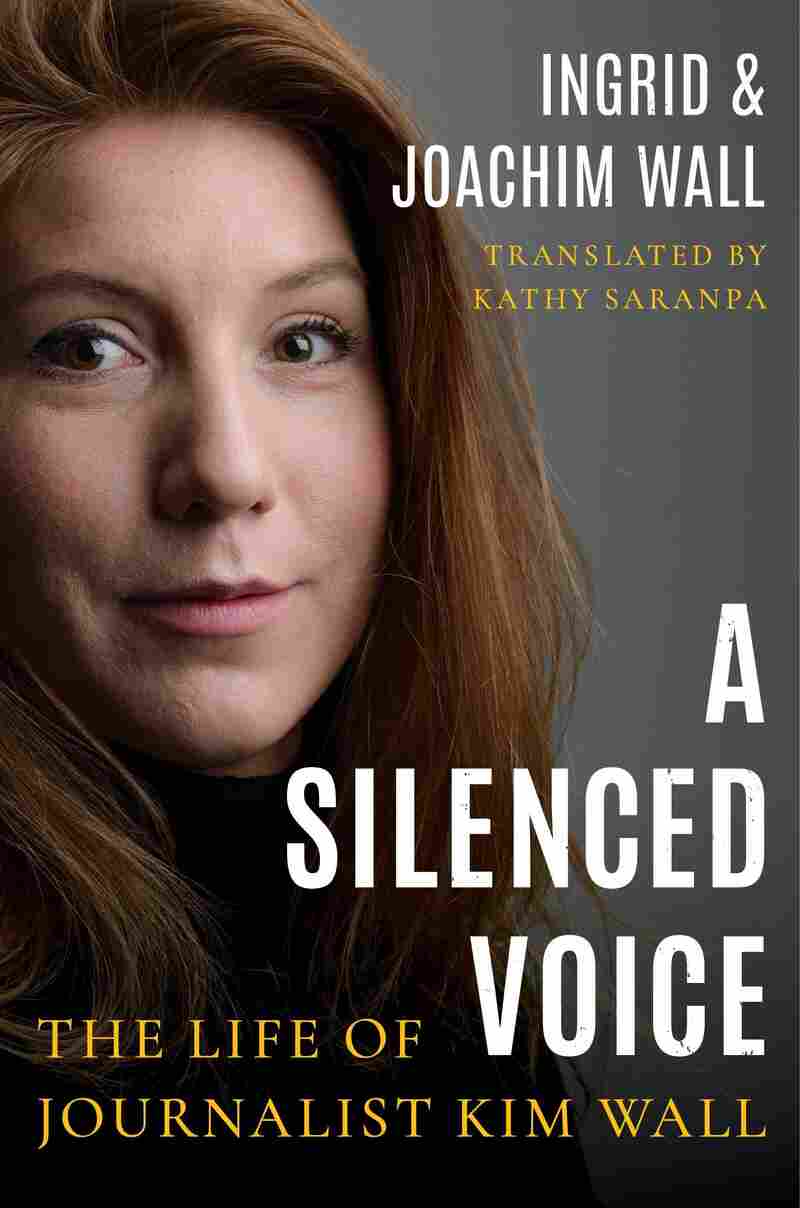 I think about her when I'm getting into a strange car, or meeting a source alone. I think about her when I'm flying to a new part of the world, when I take an assignment on spec, when a story seems too good to be true. Like most reporters, I would have gotten on the submarine. That is the whole point of this job, this embattled, brittle, irreplaceable profession: the way it offers access to invisible worlds, right down to the bottom of the sea.

Kim Wall was 30 when she died. She was getting ready to move to Beijing with her boyfriend when a source she had been chasing for a long time finally agreed to talk. She skipped her own going away party, and was last seen disappearing into the Copenhagen harbor with Peter Madsen, the man who would be convicted a year later of her torture, murder, and dismemberment.

"In August 2017, our daughter Kim was murdered aboard a homemade submarine while she was on an interview assignment," begins A Silenced Voice: The Life of Journalist Kim Wall, a portrait of Wall by her parents, journalists Ingrid and Joachim.

It was an assignment, like so many others, that she gave herself. Journalism grants a kind of license to curiosity, legitimizes it, gives it a professional guise. Under its mantle, we are emboldened to ask questions, to go places we couldn't otherwise reach. It is permission in a job title. For freelancers, like her and like me, it is a self-conferred permission, a press pass we print ourselves. Kim used it to get herself around the world, to report from Cuba, Uganda, and North Korea. But her story also shows how tenuous, how fragile that feeling of permission can be — its disappearance must have been like the moment in dreams when the dreamer realizes the ground they are walking on is air. When the structures of legitimacy and protection ripple and falter like a hologram and you remember you are a body in space.

A Silenced Voice, translated from Swedish by Kathy Saranpa, is about everything else Kim was. Of the trial, Ingrid writes, "For hours and hours, we've heard about stab wounds, hard disks, vents, text messages, and sharpened screwdrivers. We've heard descriptions of blood stains on clothes, straps, bags with their contents, water hoses, and [Peter] Madsen's previously published blog pieces on heaven and hell. But where's Kim? Nowhere."

If the law represents one form of justice, one of the promises of journalism is to enact another: doing justice to the people you write about, justice to the things they care about, justice to the person behind the story. A Silenced Voice is an exercise in that pained, loving, generous justice. It insists that the story of Kim's murder include the details only parents remember: childhood ceramics projects, her favorite type of pen, the kinds of presents she brought her family home from travels around the world. The book alternates between chapters on Kim's early life — university in London, graduate school in New York — and the months after her disappearance. It is also full of her clips — daring, intelligent reporting from Cuba, Haiti, and the Marshall Islands. They are uncompromising stories about what happens to individuals swept up against the larger forces of profit and power.

The Walls are careful to keep the focus away from Madsen: "He's not uninteresting — after all, he's been charged with robbing me of my daughter — but he's not going to be allowed to move into my soul, my mind," Ingrid writes. "I have no use for hate or revenge."

Instead, incredibly, the book becomes a catalogue of gratitude: for the police who investigated the murder, for Kim's friends, for the strangers who send cards or hug them in stores and airports, and even for the journalists who will not allow them privacy to grieve: "Nonetheless, it's through the work of the industrious reporters that we stay informed — they'll tell us minute by minute what's happening."

There is also a more tangible form of generosity: The book is intended to raise awareness for the Kim Wall Memorial Fund, an organization they set up to send women on reporting projects around the world. "Through her fund, Kim will do what children are supposed to do: Outlive their parents," the Walls write. After all, for a reporter, what legacy could be worse than to live on as a cautionary tale, a reason not to pursue a story? The Walls are working to make sure that Kim Wall's name will not be a warning, but a tag under ambitious investigative pieces, a line on resumes, a ticket, a calling card. Through it all you can see how desperately important it is for them, like it was for her, to get the story right.