Accessibility links
Mary Trump's Book Offers Scathing Portrait Of The President Mary Trump offers a scathing portrait of the president in a book that very nearly was blocked from publication. Now its publisher is bumping up the release date. 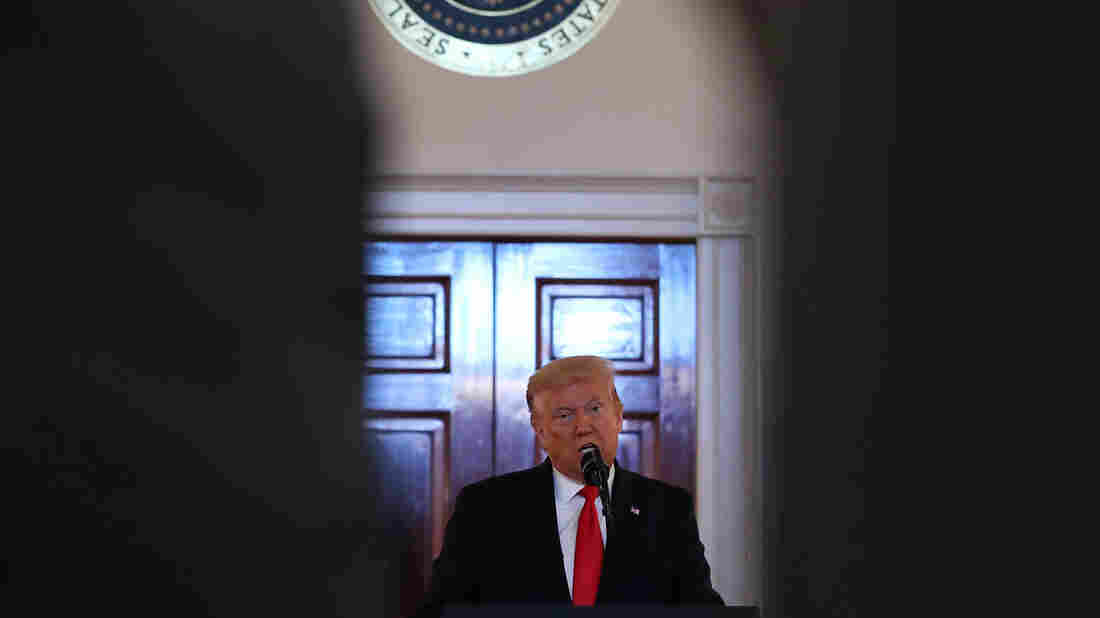 President Trump, seen last week at the White House, is the subject of another scathing book that also faced a court battle. The release date for the new book by his niece, Mary Trump, has been moved up to July 14. Chip Somodevilla/Getty Images hide caption 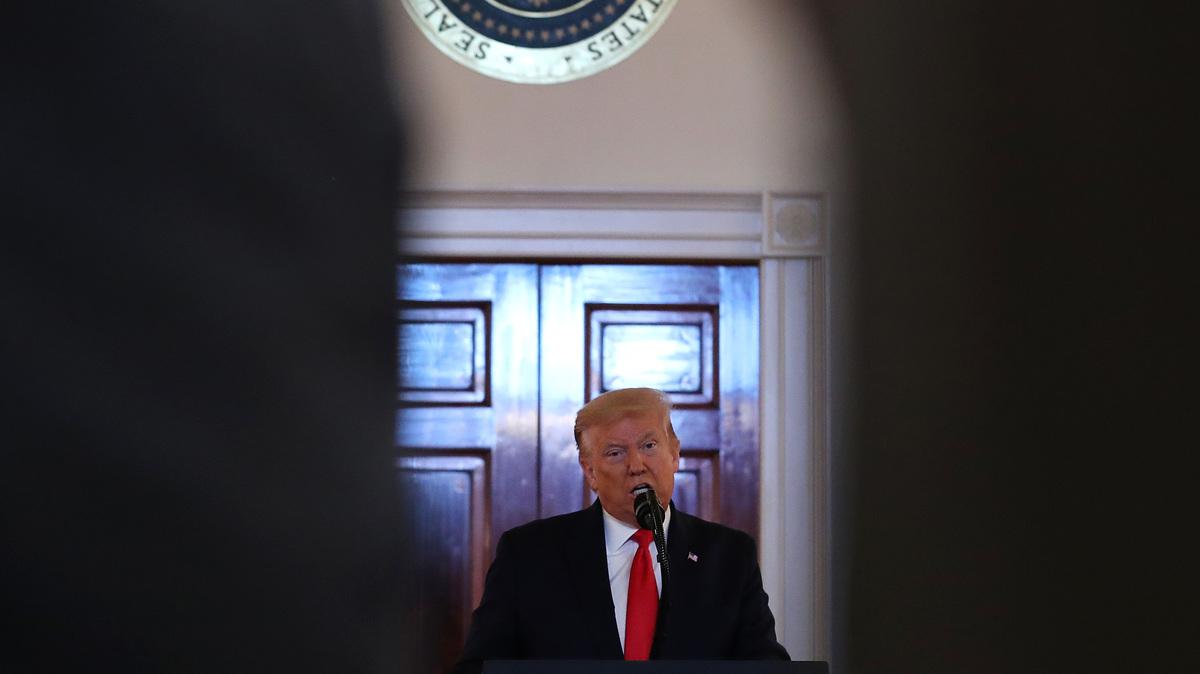 President Trump, seen last week at the White House, is the subject of another scathing book that also faced a court battle. The release date for the new book by his niece, Mary Trump, has been moved up to July 14.

After a good deal of legal wrangling, an incendiary book by President Trump's niece is beginning to come to light. A slew of excerpts surfaced publicly Tuesday, ahead of the expected release of Mary Trump's book next week.

"Honest work was never demanded of him, and no matter how badly he failed, he was rewarded in ways that are almost unfathomable. He continues to be protected from his own disasters in the White House," Mary Trump writes in Too Much and Never Enough: How My Family Created the World's Most Dangerous Man.

"But now the stakes are far higher than they've ever been before; they are literally life and death. Unlike any previous time in his life, Donald's failings cannot be hidden or ignored because they threaten us all."

NPR obtained a copy of the book, which Simon & Schuster bumped up from its original July 28 release date "due to high demand and extraordinary interest," according to the publisher. Release is now set for July 14.

The book offers a scathing portrait of the president — one that nearly did not survive the courts.

Initially, a temporary restraining order requested by the president's younger brother, Robert, blocked the book's release. But that order later was narrowed considerably in appeals court.

Justice Alan Scheinkman found that the restraining order should apply only to Mary Trump — daughter of the president's other brother, Fred Jr. — because of a years-old nondisclosure agreement that she signed with the Trump family following a financial settlement after her grandfather's death.

Scheinkman's decision continued to block Mary Trump, a trained psychologist living in New York, from publishing her book on her own or from giving interviews. But at the same time, it effectively freed up her publisher to move forward with the book.

"This is unprecedented that a publisher can proceed with a publication of a book but the author cannot," Simon & Schuster observed in a statement shared with NPR.

The niece's account details what the publisher describes as "the dark history of their family in order to explain how her uncle became the man who now threatens the world's health, economic security, and social fabric."

"No one knows how Donald came to be who he is better than his own family. Unfortunately, almost all of them remain silent out of loyalty or fear. I'm not hindered by either of these," Mary Trump writes in the prologue to the book.

"I hope this book will end the practice of referring to Donald's 'strategies' or 'agendas,' as if he operates according to any organizing principles. He doesn't."

Among the accusations Mary Trump levels at the president: She alleges he cheated on the SAT by paying someone to take the test for him, but offers no corroborating evidence.

The White House dismissed the book, which spokeswoman Sarah Matthews said "is clearly in the author's own financial self-interest."

It's far from the first time Donald Trump has found himself the subject of a highly anticipated tell-all. Just last month, John Bolton, his former national security adviser, overcame the Trump administration's legal objections and published his own blistering memoir of his time working with the president.