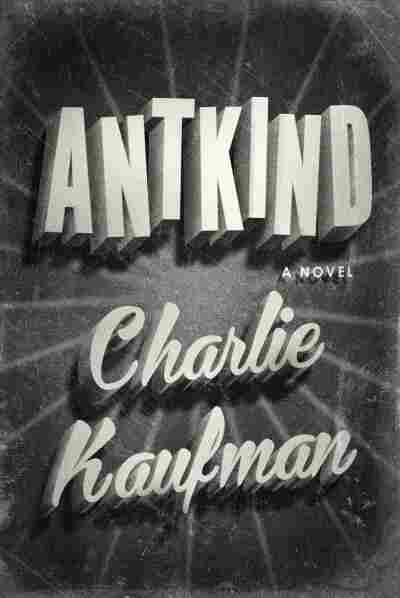 Charlie Kaufman's Antkind is a novel only Charlie Kaufman could have written. I'm aware of how vague that sentence is, but I assure you it fits the novel perfectly. Antkind is strange, disjointed, and obsessive. It's also a wildly imaginative narrative in which Kaufman mentions himself several times, discusses his own work, and claims no one has made a "real" movie about New York. You could call it a brilliant piece of metafiction or a marvel of postmodern storytelling and you'd be right — but you could also call it bloated or a flashy, eloquent mess and you'd also be right. Ah, subjectivity.

B. Rosenberger Rosenberg is a film critic and scholar who thinks his work is underappreciated. When he finds an unseen film made by a strange man, B. becomes convinced his career will skyrocket and thinks the movie — a stop-motion film that's three months long and took nine decades to make — will shock the film world. Unfortunately, the film is destroyed, and B. is left with only a single frame of it. Using that frame, he must recall the entire film so he can share its brilliance with the world.

The above paragraph maybe conveys 3% of the things Antkind contains. For example, the first 50 or so pages are mostly about how awful B. is. He is truly a memorable character, because he is unlikeable and has a mind that won't stop throwing curveballs. He is obsessed with race and can't stop talking about his African American girlfriend. He wants everyone to know he isn't Jewish. He is extremely preoccupied with transgender people and preferred pronouns. He wants everyone to know there is a huge difference between pedophilia and hebephilia. He even resents the fact that he wasn't sexually assaulted as a child because no one found him attractive enough.

B. is someone most of us have interacted with online, and his words echo those of people whose social media accounts you are better off blocking: "We have become a country of politically correct sheep." That all of this comes from a straight white man who constantly tries to deny the privilege of his position is not lost on Kaufman, though that doesn't make the character any more enjoyable. But the discomfort is intentional; Rosenberg is how Kaufman pokes fun at woke internet dudes and mansplaining.

If we are to measure great novels by their ability to surprise readers, then 'Antkind' is a great novel. You never know what will come next.

If we are to measure great novels by their ability to surprise readers, then Antkind is a great novel. You never know what will come next. It could be an explanation of transgender people in cinema, Gwyneth Paltrow, or a discussion of the work of Mario Puzo or Jean-Luc Godard. Kaufman gave his main character a series of fixations and then milked them for all they're worth, while simultaneously offering a thinly veiled critique of the role of social media in our daily life and writing a bizarre love letter to movies.

The one thing that can be said about this book with certainty is that Kaufman is a master of language. He shows this time and again throughout the 750-page reading experience that is Antkind. His sense of humor injects many passages with a unique electricity that makes them memorable and the characters, cultural products, and events he's created speak volumes about his seemingly endless imagination. Take, for example, the logline he created for A Florida Enchantment, a real silent film from 1914 directed by Sidney Drew that is known for dealing with homosexual and transgender themes:

One of the subtle underlying themes in Antkind is that perception is everything — a theme which applies to the book itself. On one hand, it is everything we have come to expect from Kaufman: A sharp study of humanity that is aware of place and pays attention to our inner worlds and the ways our filters and preconceived notions affect everything we see and do. On the other hand, this is — to use Kaufman's own words — "muddled, incoherent, and fetishizing." The debates about race, for example, add nothing of value to the discussion. In fact, they are the mental meanderings of a white man trying to understand what Otherness means, and we have enough of that already.

But that's just one aspect of a novel that is packed with different elements. Antkind is a bit overstuffed, but we all overstuff ourselves at a buffet once in a while. What matters is this is that this is an entertaining, unapologetic book that never steers clear of — well, anything. And watching Kaufman recklessly throw himself at everything with a backpack full of words is a sight to behold.