Accessibility links
More States Require Masks In Public, But Enforcement Is Uneven Governors and mayors in some regions with rising COVID-19 counts have made masks mandatory in public places. But sometimes their own police refuse to enforce the mask rules. 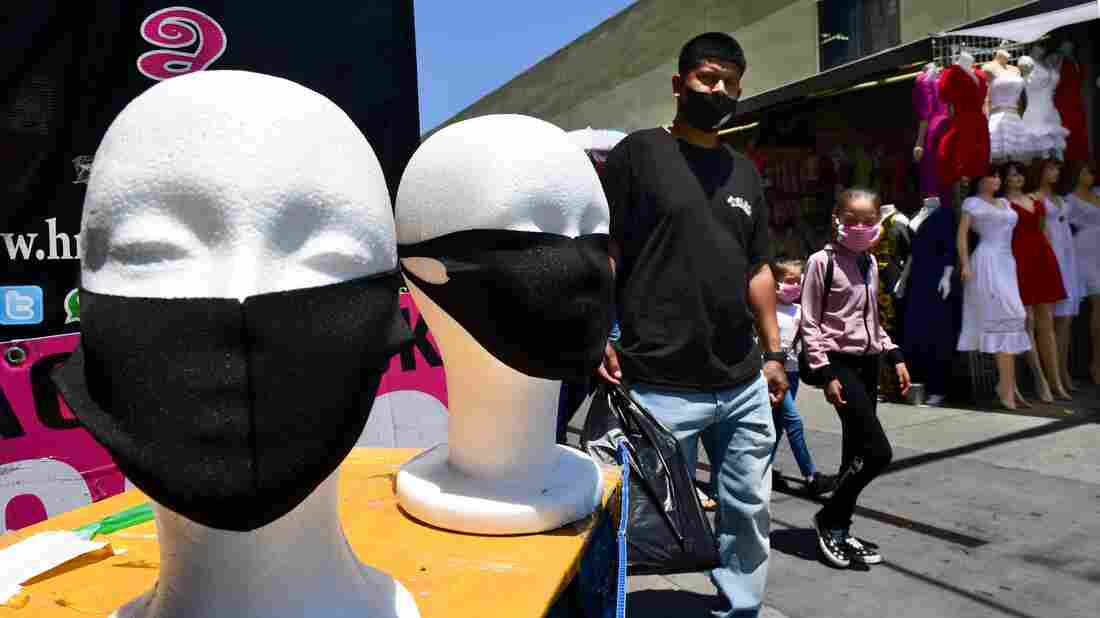 Face coverings are seen on display in Los Angeles on July 2. California Gov. Gavin Newsom threatened this week to withhold up to $2.5 billion in aid to local police departments that refuse to enforce mask rules and other pandemic-related mandates. Frederic J. Brown/AFP via Getty Images hide caption 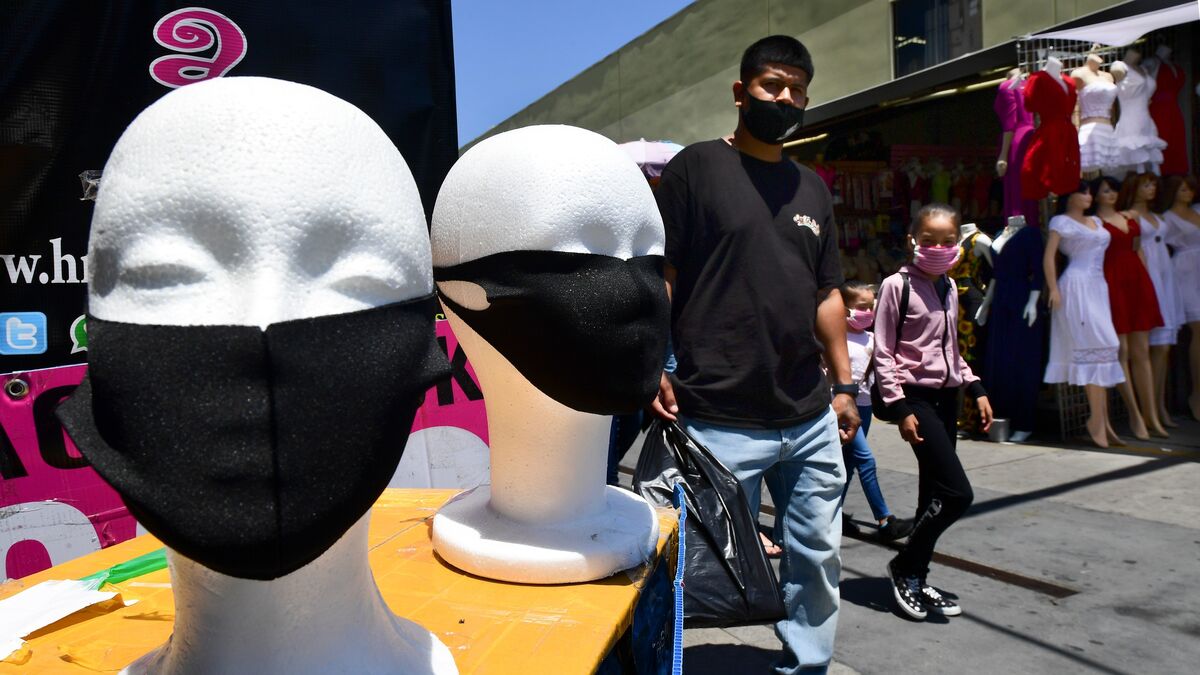 Face coverings are seen on display in Los Angeles on July 2. California Gov. Gavin Newsom threatened this week to withhold up to $2.5 billion in aid to local police departments that refuse to enforce mask rules and other pandemic-related mandates.

A growing number of governors and mayors are working to slow the spread of the coronavirus by requiring people to wear masks in public places.

Experts say these public health rules will reduce the risk of people getting sick. But some local police and sheriffs are refusing to enforce the rules.

"COVID-19 is not going away. In fact, it's getting worse," warned Texas Gov. Greg Abbott, when he announced his state's mask mandate ahead of the July Fourth weekend.

"One of the best ways to keep businesses open while also slowing the spread is for everyone to wear a face covering," he said.

Abbott said people who don't comply face fines of up to $250.

Legal experts generally agree that government officials have the authority to take these steps. The science is clear that masks help reduce new infections.

But Jason Bridges, the sheriff in Nacogdoches County, Texas, announced in a Facebook video that he won't enforce his state's rule.

In addition to Bridges' civil liberties concerns, he also said public health enforcement during the pandemic "is not something we have time to be doing."

Police in Arizona and California have issued similar public statements.

In California, Sacramento County Sheriff Scott Jones said because of the "minor nature of the offense" and the "potential for negative outcomes," his deputies won't enforce the state's mask mandate.

In response, Gov. Gavin Newsom threatened this week to withhold up to $2.5 billion in aid to local police departments that refuse to enforce the mask rule and other pandemic-related mandates.

"If they choose to not do that, we will redirect those dollars to communities that are," Newsom said, noting that state employees have already stepped up their efforts.

"Over the last few days, we significantly increased enforcement, with close to 6,000 in-person visits to bars and restaurants," he said.

But Mical Raz, a physician and historian of public health policy in Rochester, N.Y., says some enforcement "is necessary to show that we're serious about this."

Enforcement is mostly about messaging, Raz said. She pointed to an incident in San Francisco during the deadly influenza pandemic in 1918, when the mayor of San Francisco was seen flouting that city's mask rule.

"He was fined and he had to pay. I think that was a valuable moment to show this rule affects everybody," she said.

But as the economy reopens in much of the U.S., enforcing mask mandates won't be easy.

This week, outside a convenience store in upstate New York, Brian Nguam acknowledged breaking his state's rule when he shopped for snacks without a face covering.

Without more enforcement, businesses are often left to decide how and when to confront customers who don't comply.

Retailers and chambers of commerce in Maine are broadcasting a public service announcement imploring people not to "get upset" with employees when they require people to don masks.

"They're just doing their job and trying to make it safe for you," the ad says.

This week the Retail Industry Leaders Association, a national trade group, published a public letter saying workers had faced "instances of hostility and violence" from customers who refused to wear masks.

The group called for all states to impose mask requirements and enforce them. "This should no longer be up for debate," the letter said.