Accessibility links
Russia Denies Allegations It Paid Militants To Kill U.S. Troops As 'Nonsense' A bounty program on U.S. soldiers would constitute a "massive escalation" in Moscow's testy relations with Washington, says one Russia expert. A Russian lawmaker asks: "What would we get out of this?" 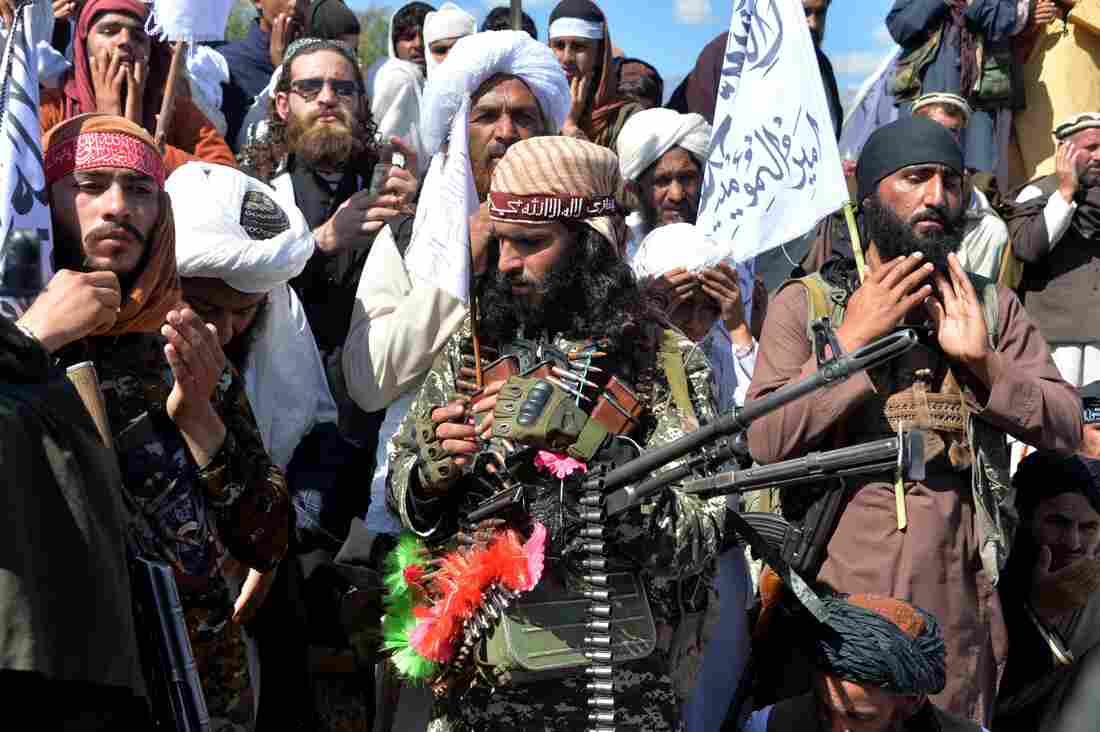 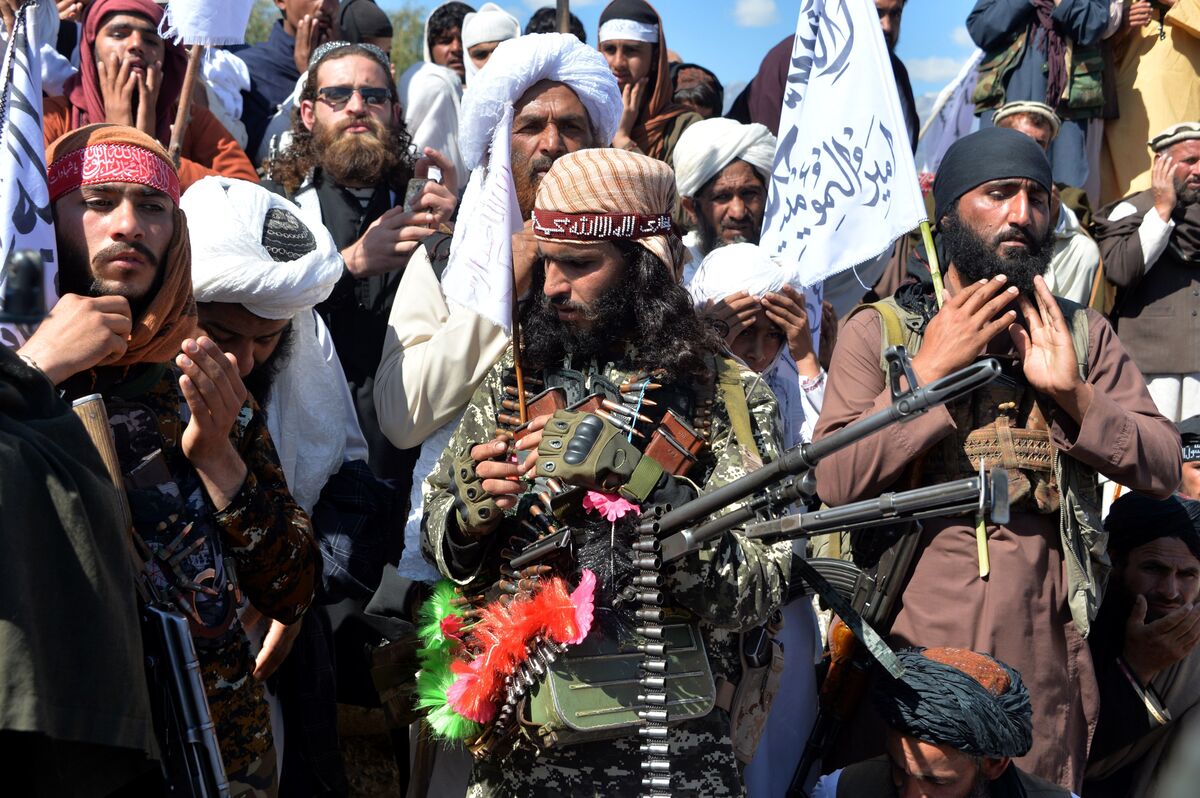 The Kremlin reacted the same way the White House did to news reports that U.S. intelligence had allegedly found Russia offered bounties on American troops in Afghanistan.

Russian officials spend a lot of time refuting allegations of malfeasance, from the poisoning of a former Russian spy in England to election interference in the United States. That Russian military intelligence may have paid bounties for killing U.S. and allied troops in Afghanistan appears to be just the latest accusation Moscow has categorically denied.

"Of course, they're going to deny. They're in the unfortunate position of having cried wolf so often that it becomes hard to know quite what to believe," said Mark Galeotti, a senior associate fellow at the Royal United Services Institute in London. "There is a sense of 'How stupid do you think we are?' "

Galeotti, an expert on Russia's security services, said a bounty program on U.S. soldiers would not only be foolhardy but would constitute a "massive escalation" in Moscow's testy relations with Washington.

"What would we get out of this? Who can give me a clear explanation?" Klintsevich said in an interview. "What do we get if the Taliban kill two or three American soldiers? The Russian intelligence services have neither a political nor an economic nor a military interest in it."

Klintsevich, a member of the ruling United Russia party, said the reports of the bounties are more about a domestic political struggle in the U.S. where Russia is being used as a "bogeyman" to hurt President Trump's reelection chances.

Klintsevich served as a captain in the Soviet army's disastrous nine-year war in Afghanistan and heads an influential veterans' organization. He recalled how the U.S. financed and armed Afghan guerrillas known as the mujahedeen, who fought successfully against Soviet forces. But Klintsevich said the United States went into Afghanistan in 2001 for the right reason: to fight the Taliban.

In the months after the Sept. 11 attacks, Putin — in his second year as Russia's president — tried to use a common front against terrorism as a way of deepening relations with the United States.

As President George W. Bush began bombing Afghanistan, Putin said Russia was ready, if necessary, to assist in search and rescue operations of U.S. military personnel. During a presidential summit in November 2001, Putin spoke at Rice University in Texas, saying he agreed with Bush that terrorists needed to be hunted down in Afghanistan.

The Soviet Union's stinging withdrawal from Afghanistan had taken place a little more than a decade earlier, and Russia still had a lot of expertise to share.

"I myself took part and talked about my feelings, experience and knowledge with your specialists," he said. Klintsevich says he warned the Americans that invaders as far back as Alexander the Great had struggled to dominate Afghanistan.

Even as U.S. and Russian interests converged in Afghanistan, bilateral relations began to deteriorate over disagreements in other parts of the world. Putin was vehemently against Bush's war in Iraq and the continuing enlargement of NATO, while the U.S. was opposed to Russia's subsequent military interventions in Georgia, Ukraine and Syria.

When it lambasted the reports on bounties on American troops, the Russian Foreign Ministry said that U.S. intelligence may have leaked the story to scuttle efforts by Russian and U.S. diplomats to facilitate the peace process between Taliban fighters and the Afghan government. The ministry also accused U.S. intelligence of drug trafficking in Afghanistan.

Though Russia has banned the Taliban as a terrorist organization, leaders of the group have traveled to Moscow for talks hosted by Russian Foreign Minister Sergei Lavrov.

Many Russians who fought in Afghanistan consider the Taliban the descendants of the U.S.-backed mujahedeen. But lingering resentment from those times is unlikely to have motivated Russia to pay bounties on U.S. troops, said Galeotti, who authored a book on the Soviet war in Afghanistan.

While Russia is still deeply involved there, he said, paying bounties to Taliban-linked fighters carries a political price that's too high to bear.

Galeotti also discounted the possibility of a rogue element within Russian military intelligence.

"That guy is not going to be able to get signoff on large transfers of money without convincing lots of other people," he said. "The Russian security apparatus does not just simply hand out money willy-nilly. They're just like every other government bureaucracy."

Russian lawmaker Klintsevich said he has no hard feeling toward the Americans.

"It seems to me the U.S. military is doing the right thing by fighting terrorists, and that's important for the world," he said. "That's why I'm on the side of the American soldier who has gone into combat on the orders of his government."