Accessibility links
Vindman, Key Impeachment Witness, Retires Over 'Bullying, Intimidation' By Trump Vindman is retiring "after it has been made clear that his future within the institution he has dutifully served will forever be limited," his lawyer said Wednesday. 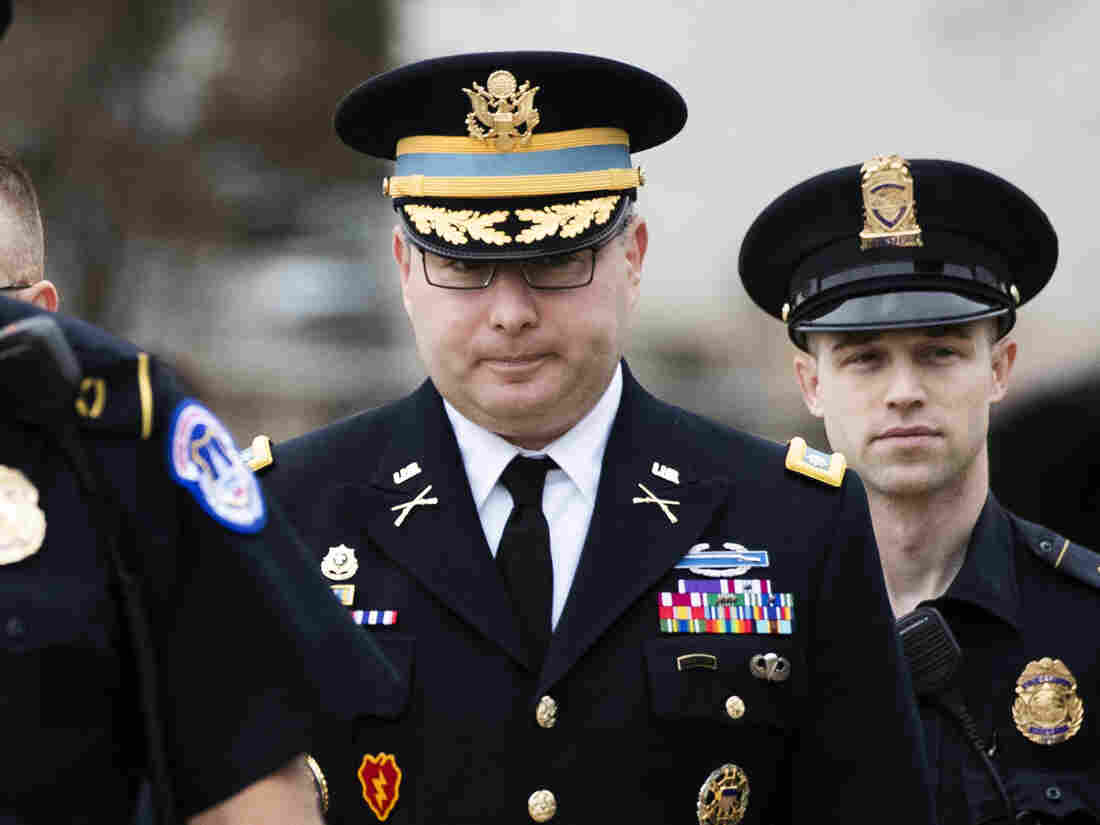 Army Lt. Col. Alexander Vindman arrives on Capitol Hill in October as part of the impeachment inquiry. Controversy has grown over an abnormal stall in Vindman's promotion to the rank of full colonel. Manuel Balce Ceneta/AP hide caption 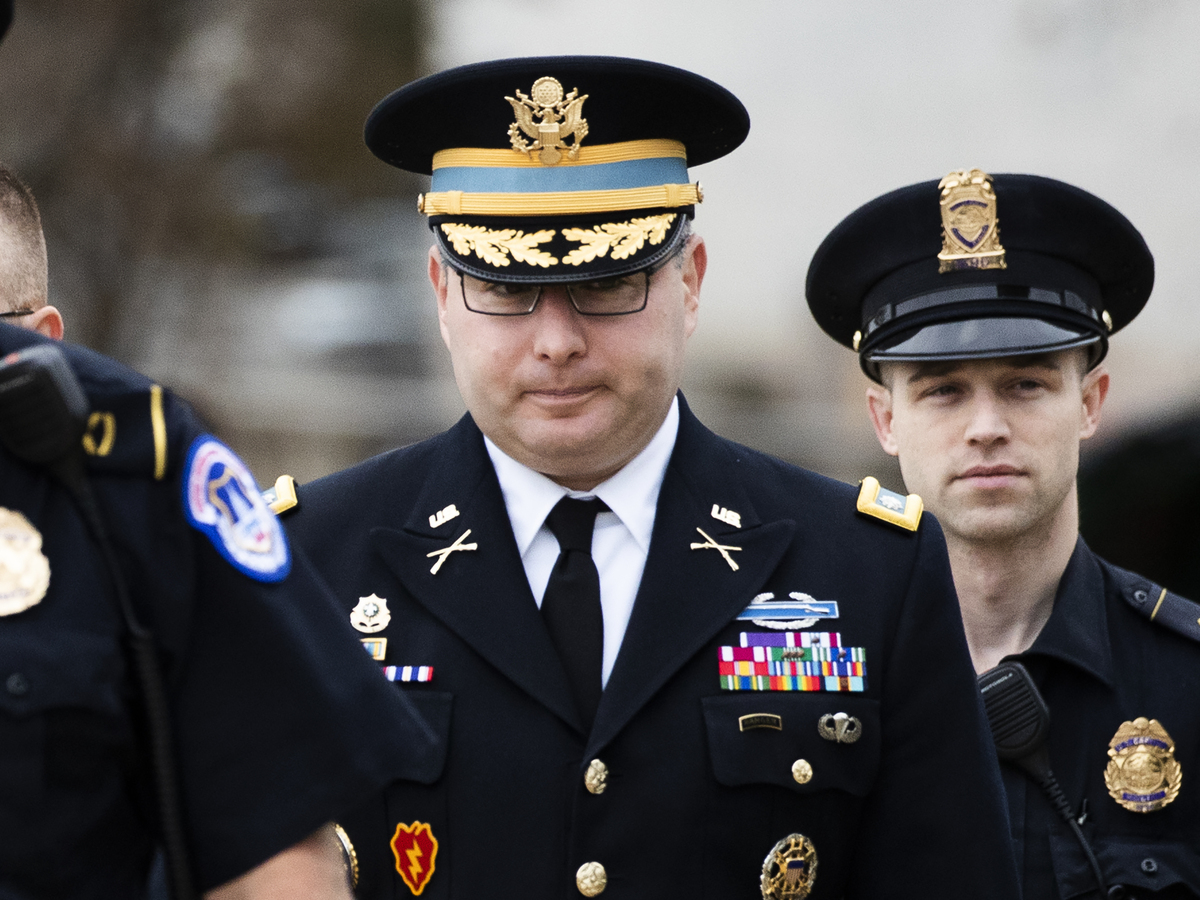 Army Lt. Col. Alexander Vindman arrives on Capitol Hill in October as part of the impeachment inquiry. Controversy has grown over an abnormal stall in Vindman's promotion to the rank of full colonel.

Lt. Col. Alexander Vindman, a key witness in the impeachment trial of President Trump, will retire Wednesday after 21 years in the military.

Vindman is leaving the Army "after it has been made clear that his future within the institution he has dutifully served will forever be limited," his lawyer, David Pressman, said in a statement. Recently, controversy has grown over an abnormal stall in his promotion to the rank of full colonel.

"Over the last months, LTC Vindman has been guided by a very simple and very American principle: 'here, right matters.' He has spoken publicly once, and only pursuant to a subpoena from the United States Congress. Compelled to testify, this decorated soldier was thrust into a conversation that goes to the heart of our country's values, and its future," the statement continued.

"Through a campaign of bullying, intimidation, and retaliation, the President of the United States attempted to force LTC Vindman to choose: Between adhering to the law or pleasing a President," Pressman wrote. "Between honoring his oath or protecting his career. Between protecting his promotion or the promotion of his fellow soldiers. These are choices that no one in the United States should confront, especially one who has dedicated his life to serving it."

Vindman testified last fall under subpoena after he raised concerns to his superiors about a call he listened in on between Trump and Ukraine President Volodymyr Zelenskiy.

Alexander Vindman, who received a Purple Heart for his actions in Iraq, emigrated from Ukraine with his family as a child.

The Army has been delayed in releasing its colonel selection list this year, one that was expected to include Vindman. Government officials, including Sen. Tammy Duckworth, grew concerned that the White House would meddle with Vindman's promotion to full colonel.

Duckworth, D-Ill., said last week that she would put a hold on the promotions of more than 1,100 senior Army officers unless Defense Secretary Mark Esper guaranteed in writing that if Vindman were on a Pentagon promotions list the White House wouldn't interfere with his promotion.

"Secretary Esper's failure to protect his troops sets a new, dark precedent that any Commander in Chief can interfere with routine merit-based military promotions to carry out personal vendettas and retaliation against military officers who follow duly-authorized subpoenas while upholding their oath of office and core principles of service," Duckworth said in a statement Wednesday after Vindman's retirement was announced.

A failure to be promoted can mean the end of a military career. Vindman apparently decided to stop waiting.

"LTC Vindman's patriotism has cost him his career. Today our country loses a devoted soldier, but it is incumbent upon all of us to ensure it does not lose the values he represents," Pressman said.