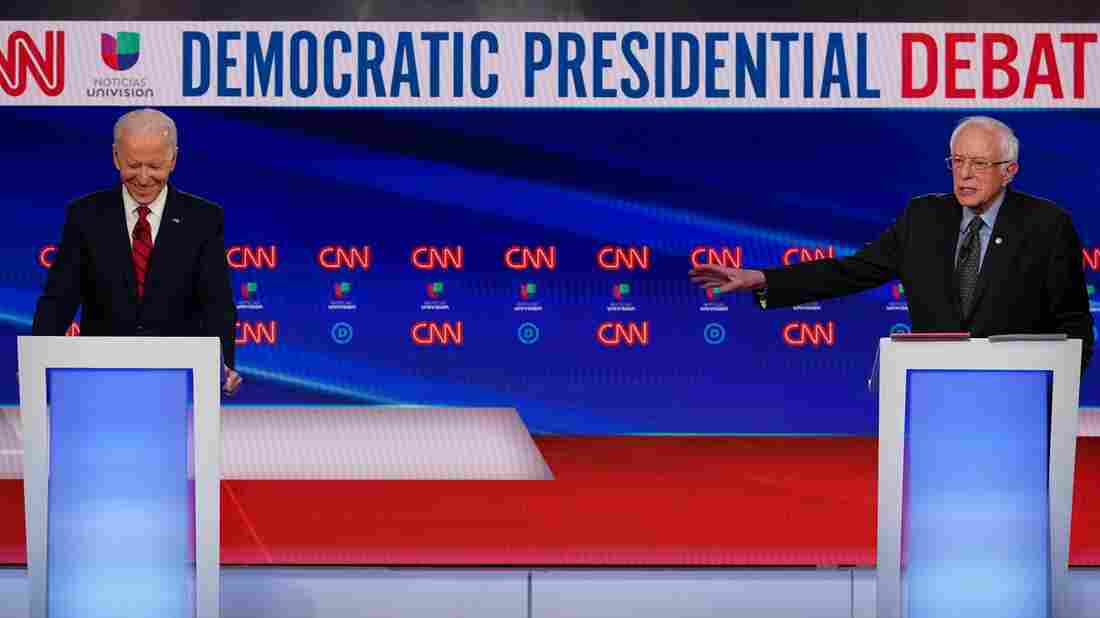 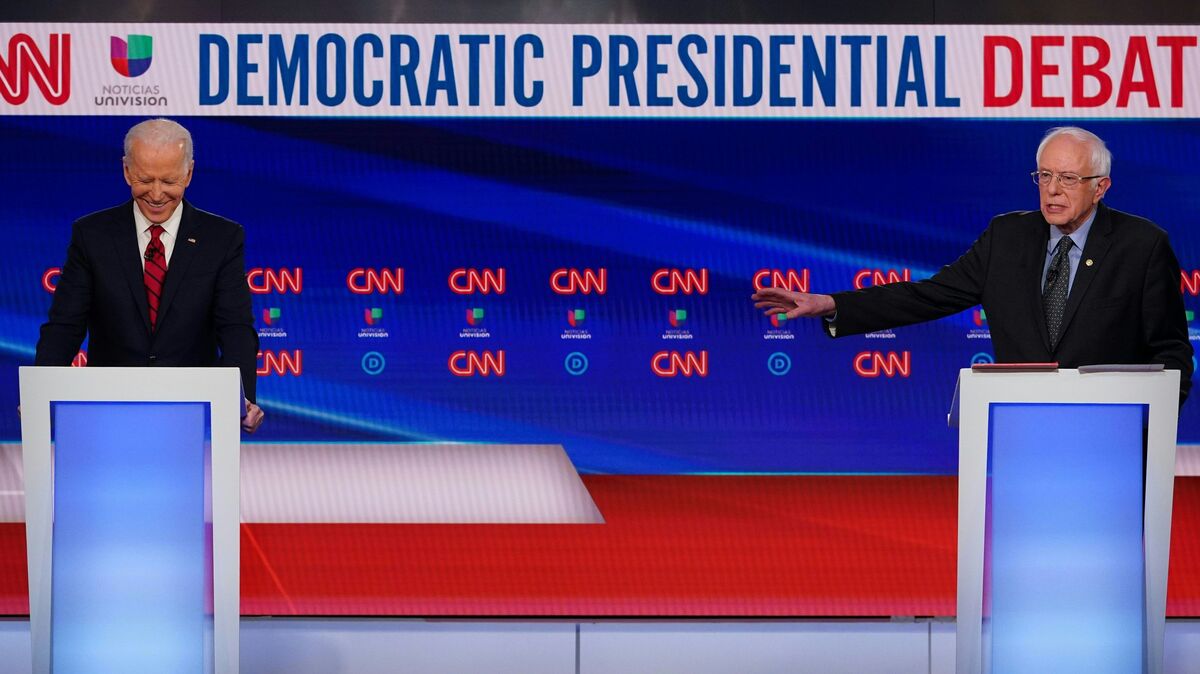 Throughout the Democratic primary, Biden stuck to a more moderate platform, while Sanders, Massachusetts Sen. Elizabeth Warren and much of the rest of the crowded field courted progressives and advocated for broader structural changes. But as the United States faces a growing pandemic and unemployment rates at the highest levels in generations, Biden has been talking more and more about a presidency that approaches Franklin Delano Roosevelt's, with bold progressive ambitions.

The policy document — the work of six joint task forces appointed by Biden and Sanders in May — would give the former vice president a road map to that goal.

"The goals of the task force were to move the Biden campaign into as progressive a direction as possible, and I think we did that," Sanders told NPR. "On issue after issue, whether it was education, the economy, health care, climate, immigration, criminal justice, I think there was significant movement on the part of the Biden campaign."

The document recommends that Biden commit to eliminating carbon pollution from power plants by 2035 and to zeroing out net greenhouse gas emissions across the entire economy by 2050. The task forces call for funding universal prekindergarten across the country, expanding Social Security, raising the national minimum wage and eliminating cash bail, among many other long-sought progressive stances.

"I commend the Task Forces for their service and helping build a bold, transformative platform for our party and for our country," Biden said in a statement on Wednesday. "And I am deeply grateful to Senator Sanders for working together to unite our party, and deliver real, lasting change for generations to come."

Biden's campaign has yet to publicly commit to doing anything other than "reviewing" the recommendations.

If he adopted them, the recommendations would shift Biden to the left, but they would not completely transform the platform he has been running on for more than a year.

"We did not have any impressions that we were going to turn Joe Biden into Bernie Sanders. That was not going to happen. That did not happen," said Faiz Shakir, who managed Sanders' presidential campaign and helped coordinate the task forces.

Washington Rep. Pramila Jayapal co-chaired the health care task force. She has long pushed, like Sanders, for a single, government-run health insurance program but didn't bring that recommendation to the table in any of the meetings or negotiations.

"Obviously our candidate who is pushing for 'Medicare for All' did not win," she told NPR. "There was a lot that Biden had already said on health care, which somewhat limited our ability to perhaps get as much as we wanted to get."

Still, Jayapal was happy with the recommendations, which include expanding the benefits and lowering the costs of the public health insurance program Biden wants to add to the Affordable Care Act, as well as insisting that Medicare, not any private health insurance company, would administer the plan.

The task force also called on Biden to pursue requiring employers to offer employees the option to sign up for government-administered health care, rather than company plans.

"I feel like I can go and legitimately sell this as something that the movement achieved, something that we were able to do that pushed Vice President Biden further than he has been and solidified the need for universal, high-quality, low-cost coverage for everybody provided through public providers, not private insurance companies," she said.

The leftward shift of the policy recommendations could provide more fodder for President Trump, who has tried, at times, to paint his Democratic challenger as "a helpless puppet of the radical left."

Courting progressives might not be as essential for Biden as most Democrats once expected it to be. Poll after poll shows Biden with a double-digit national lead over Trump and several swing states moving toward the Democratic column.

Still, even as he cleared the presidential field faster than any Democrat in decades, party members have remained less excited and fired up about his candidacy and more motivated by the idea of defeating Trump.

Sanders hopes this document will get more progressives excited about the goals, not just the existence, of a Biden administration. "When I talked to Joe a while back, he said that he wants to be the most progressive president since FDR," Sanders said. "Do I believe that Biden believes that now is the time for bold action to protect the working class and lower-income people in this country? Yes, I do believe that's the case."