Accessibility links
Review: 'Collective Gravities,' By Chloe N. Clark Love isn't the main subject in Chloe N. Clark's debut collection, but it's an important one — these stories dig into the ways we evolve towards each other, form bonds, and feel the earth spin. 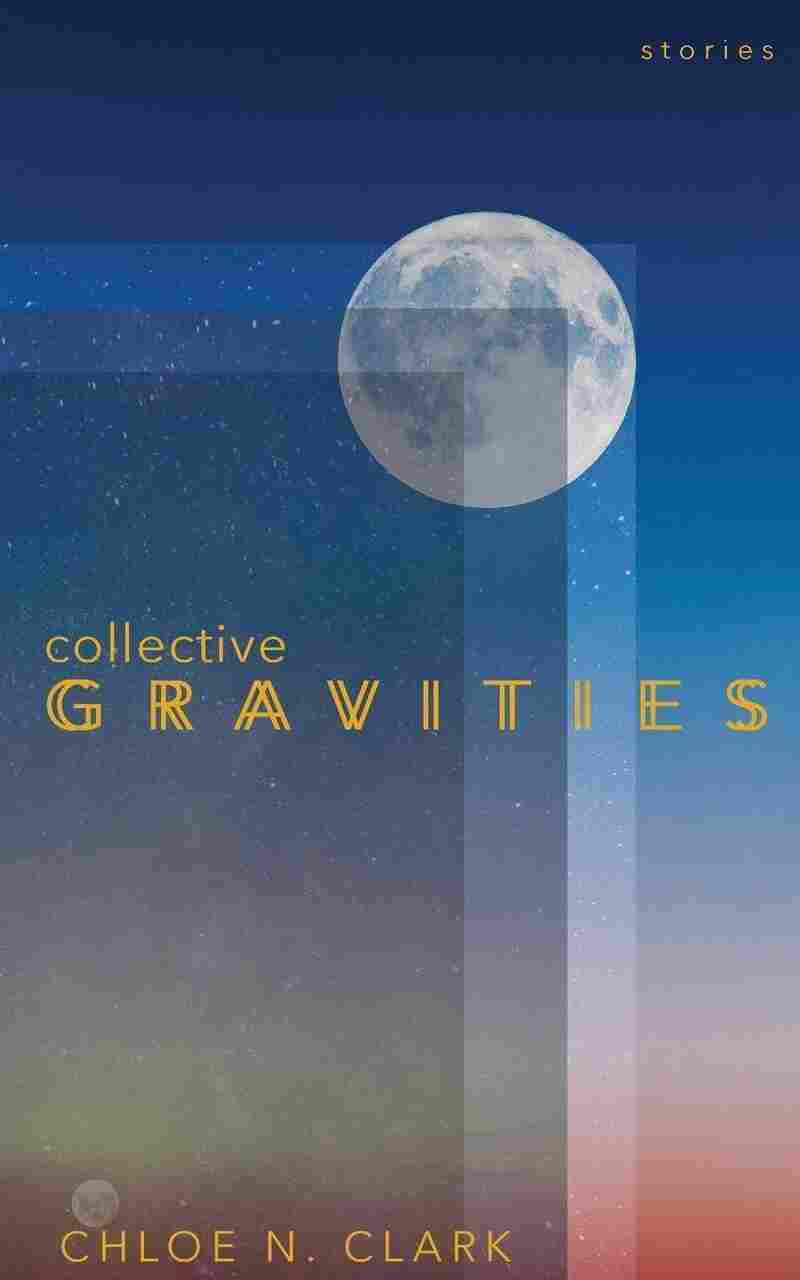 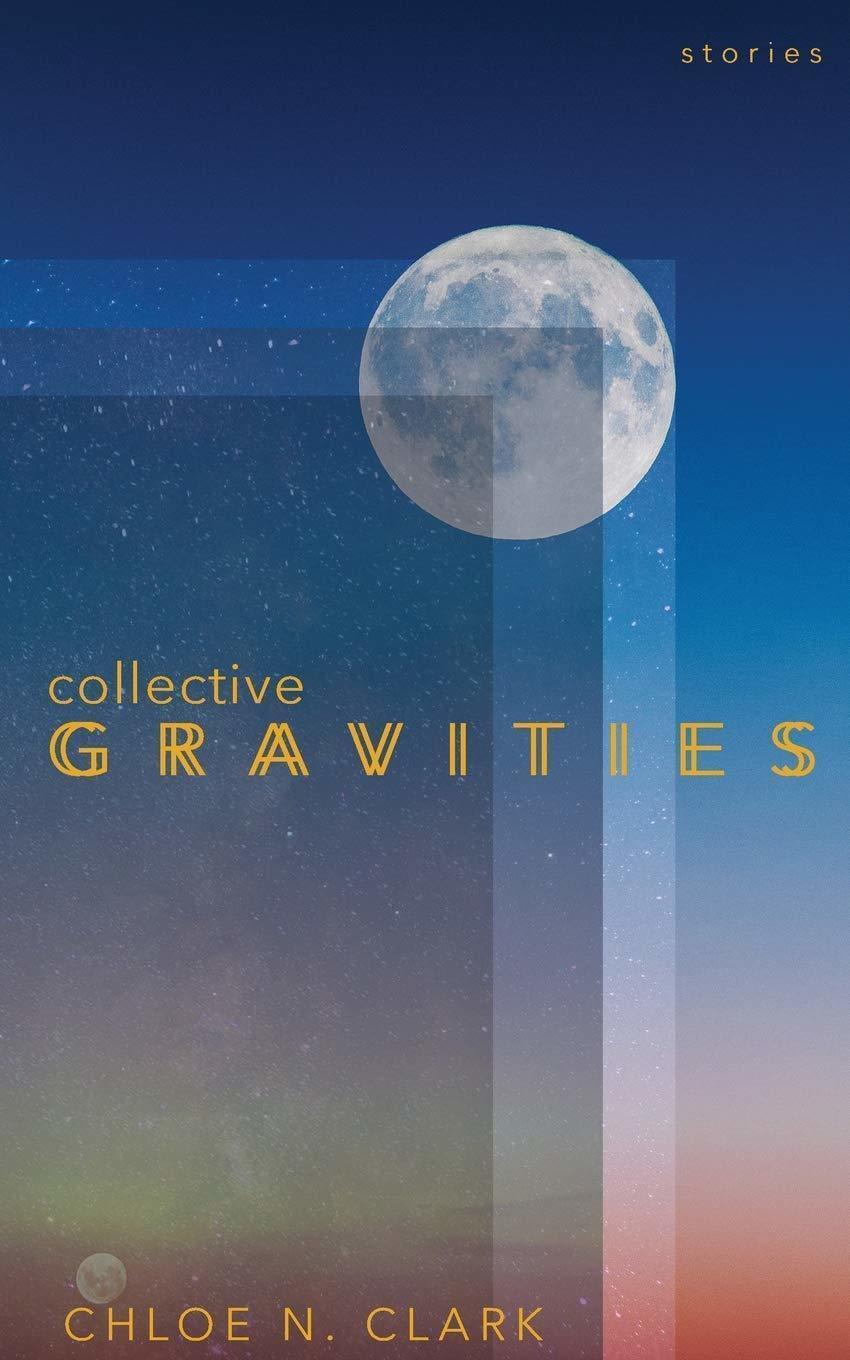 "My lover first tells me that he is turning into a chart on a Tuesday." So begins "Thematic Cartography," one of the most curious and compelling entries in Collective Gravities, the debut collection of short stories by Chloe N. Clark. In it, one lover cares for another who is succumbing to the eeriest disease: the gradual appearance of line graphs and snatches of text across his skin. As the disease progresses, so does the mystery of its incomplete information. It's an exquisite study of how humans continually evolve in an attempt to complete each other, and the way our bodies and identities, in today's digital reality, can feel like aggregations of data.

Love isn't the main subject that Collective Gravities dwells on, but it's a major one. "Between the Axis and the Stars" is a science fiction story that traces a love triangle between "Jumpers" and their "Voices," two types of workers in outer space whose intimate, life-or-death reliance on each other becomes far more than professional. In one sense, it's a clever spin in the contemporary notion of work spouses; in another sense, it wrings raw heartache out of the substance of the unknown. "We can send people to the stars, but we can't understand their brains," says the main character, a woman balancing two lovers against a backdrop of the cosmos. The narrative ping-pongs in stark juxtaposition between a space station and rural Iowa, and the ending hurls them together in a lung-crumpling punch.

Work spouses aren't the only relevant romantic topic that Clark tackles. In "Bound," a group of scientists navigate a crumbling marriage and conflicting attractions — all while trying to find the source of, and cure for, a mysterious pandemic. Saying that the story is a prediction of the coronavirus crisis might be a stretch, but it's certainly a premonition. And it cuts to the bone of what millions of people are going through right now: The desperate question of how to maintain connection in an age of separation, and certainty in an age of the unknown.

Like Kelly Link channeling Ray Bradbury, Clark has a flair for grounding the extraordinary in the ordinary and making sweet music of the dissonance.

The book counterweighs love with loss, and "Like the Desert Dark" strikes a breathtaking balance between the two. As a near-future tearjerker involving space research and parallel universes (make that "alternate planes"), it's a neat slice of science fiction. But as the drama of a father coping with the loss of two scientists he loves — his daughter and his wife — it's transcendent. Like Kelly Link channeling Ray Bradbury, Clark has a flair for grounding the extraordinary in the ordinary and making sweet music of the dissonance. Zombies abound in the outrageously titled "They Are Coming For You, So You Better Run, You Better Run, So You Can Hide," but Clark modulates the campy tropes something far more poignant — and cutting. After the brunt of the zombie apocalypse passes, life goes on, but the scars remain. And what we consider to be civilization begs for a reckoning.

Clark's scale isn't always so grand. "So This" is a four-page sketch of a woman whose adoption of a dog named Catnip underscores the loss of her unnamed baby girl. The story's only resemblance to speculative fiction comes in the form of an underwater dream she shares with Catnip, a dip into magical reality that brings her blurry grief into sharp focus. While some stories, such as "So This," benefit from their brevity, others flash by a bit too quickly to fulfill their promise. In "Thematic Cartography," Clark's mention of the real-life inventor of the statistical graph, William Playfair, feels like the setup for a more detailed look at his pioneering work — not to mention how that milestone might parallel the strange tale of a lover morphing, Kafka-like, into the kind of chart that Playfair devised. But that tempting thread is left dangling unsatisfyingly in the story's rush to arrive at its haunting conclusion. Mostly, though, Clark's tendency to err on the side of concision is a smart choice, granting her vignettes the ghostly impression of images faintly glimpsed and people aching to more fully exist.

Collective Gravities takes its name from "The Collective Gravity of Stars," one of the book's most stunning stories. Callie is a young woman who has always felt the Earth spin beneath her feet, like a "teacup ride." No one believes her, so as a girl she learned to hide it. But after a debilitating accident, she's forced to revisit the possible reasons for her uncanny sense of planetary movement — and the ensuing revelation is as small and quiet as it is ecstatically profound. In the same sense, all the gently weird and sadly wonderful stories in Collective Gravities house bright, gemlike epiphanies. Together they beam.