Accessibility links
The Many Electronic Surprises To Be Found In The Nation's Vast Archive Of Folk Music Smithsonian Folkways is beloved for its historic collection of recordings and ephemera from folk and roots traditions — but the label's archive of electronic music is just as formidable. 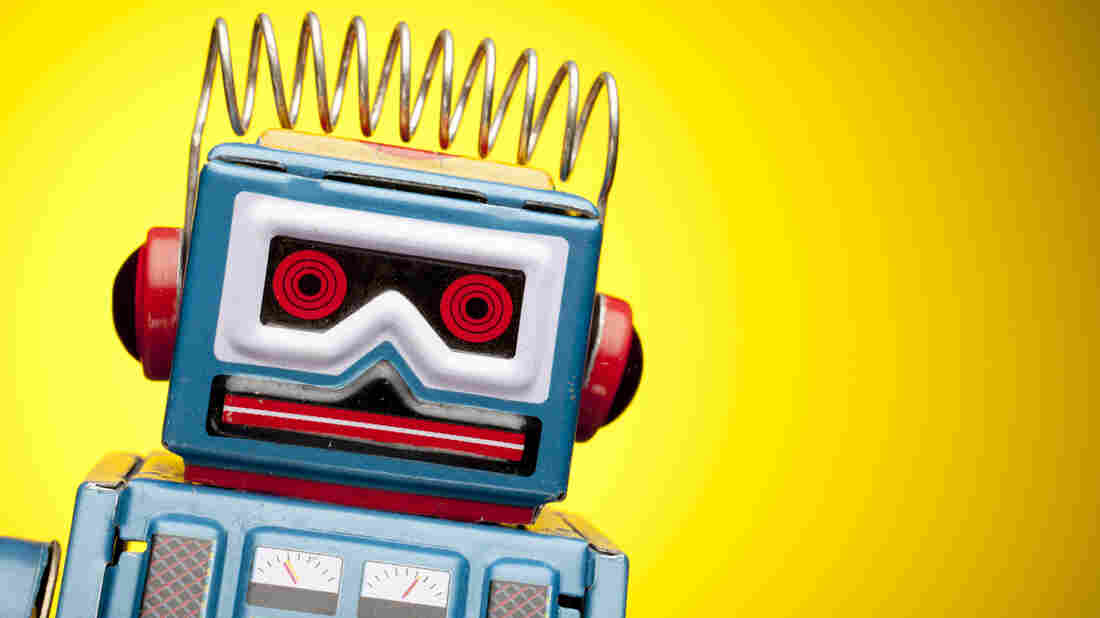 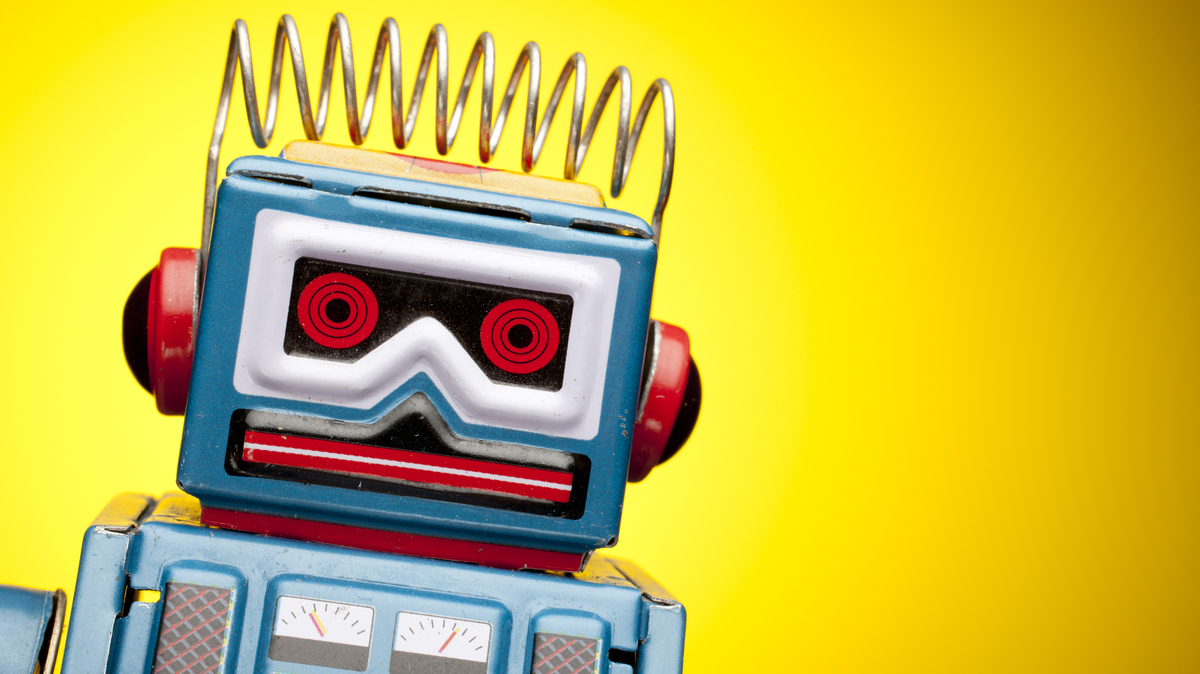 Smithsonian Folkways' vast historical archive of folk music has some surprising and futuristic entries among its aisles.

Think "Folkways Records" and what springs to mind is, well, folk. Founded in 1948 by Moses Asch, the New York label was conceived primarily as an audio library of American traditional music, but it also released a great number of ethnomusicological field recordings from around the world. The packaging of Folkways' albums reinforced this documentarian aura: sturdy cardboard sleeves, a somewhat frumpy design palette of earth tones, murky greens and somber purples, deeply educational liner notes. The idea of Folkways as a preservationist project was further strengthened when the label, following Asch's death, was incorporated into the Smithsonian Institution.

At 70, Smithsonian Folkways Is An Antidote To Music Algorithms

But there's another side to Folkways that is far less known, reflecting Asch's interest in music that could not be further from the label's famous releases, such as popular albums by Leadbelly and Pete Seeger, or Harry Smith's iconic and influential 1952 box set Anthology of American Folk Music. That is, the sporadic but sustained string of experimental and electronic recordings from Folkways that were, if anything, the antithesis of traditional. Recently, a couple of these avant-garde albums — Ann McMillan's Gateway Summer Sound: Abstracted Animal & Other Sounds, from 1978, and Craig Kupka's Crystals: New Music for Relaxation 2, from 1982 — were reissued by Smithsonian Folkways. They came out on vinyl, a marketing move similar to the way that salvage labels like Soundohm and Light In The Attic unearth obscure works and present them in attractive, repackaged forms for a niche audience of analog-format fetishists. It's just that, whereas the reissue specialists harvest out-of-print releases from long out-of-business labels, Folkways is ransacking its own archives.

The label's electronic releases, with their spatialized movements of sound and alien, inorganic timbres, didn't and don't sound like its usual fare, which tended to be acoustic and recorded "flat," in mono, often using a single microphone. They didn't look like the other Folkways releases either: in-house designer Ronald Clyne would generally switch to abstract patterns and stark geometries. One of his most striking sleeves is 1967's Electronic Music, whose slant-wise typography echoes the graphic innovations of revolutionary-era Soviet modernists like El Lissitzky. The music inside the packaging, all recorded at the University of Toronto's Electronic Music Studio, was just as startling, and includes a bona-fide early classic of musique concrète: Hugh Le Caine's "Dripsody," an exquisite miniature based around the tape-manipulated plink of a single droplet of water.

A bubbling little piece of musique concrète from Canadian artist and scientist Hugh Le Claine that's likely to put a smile on your face.

According to Richard Carlin, who worked at Folkways from the mid-1970s to early '80s and later wrote the official label history Worlds of Sound, Asch's interest in the avant-garde actually predated the formation of the company. At his short-lived precursor label, Disc, Asch put out a couple of John Cage records in 1947. That connection resumed with the Folkways release of Cage and David Tudor's Indeterminacy in 1959, but before that there had been Sounds of New Music, issued on the Folkways sub-label Science and featuring heavyweights of modernist composition like Edgard Varèse and Henry Cowell. Asch didn't just go for the big names with established reputations, though: he was amenable to anyone with an intriguing pitch. Hence 1959's Highlights of Vortex, the audio document of an outlandish experiment in mixed-media "total art" that is rarely referenced in histories of electronic music or the counterculture. The brains behind the Vortex events, which took place at San Francisco's Morrison Planetarium, belonged to sound artist and Beat fellow-traveler Henry Jacobs and abstract filmmaker Jordan Belson. Combining disorienting light projections and surround-sound noisescapes, Vortex was an attempt to create "the theater of the future" – a sensory bombardment that would affect the audience on a "non-intellectual, non-educational, and non-referential" level. 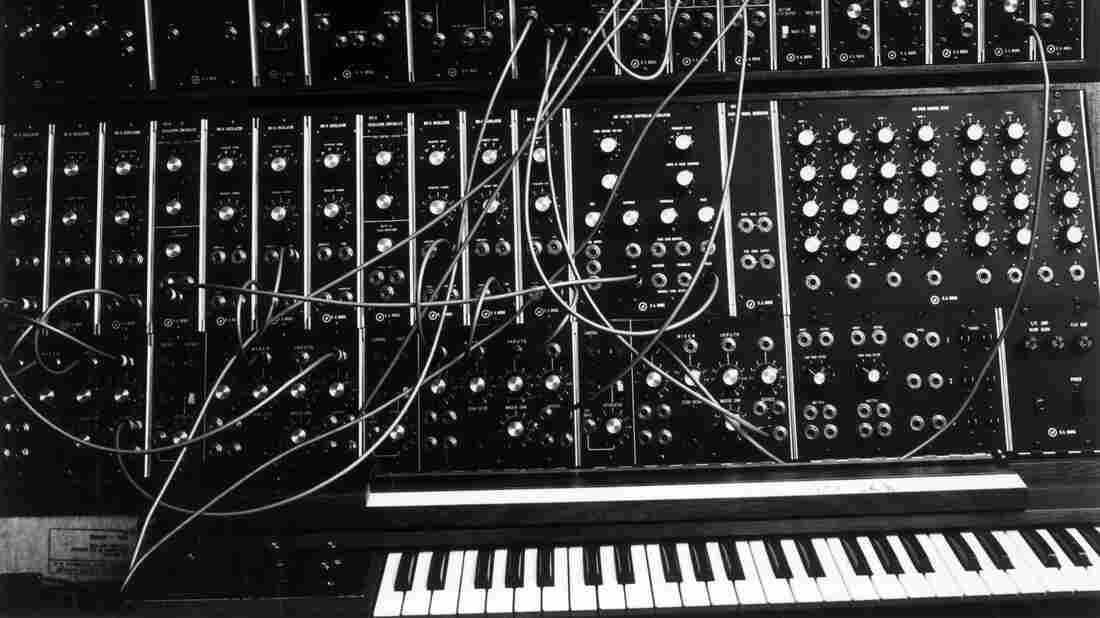 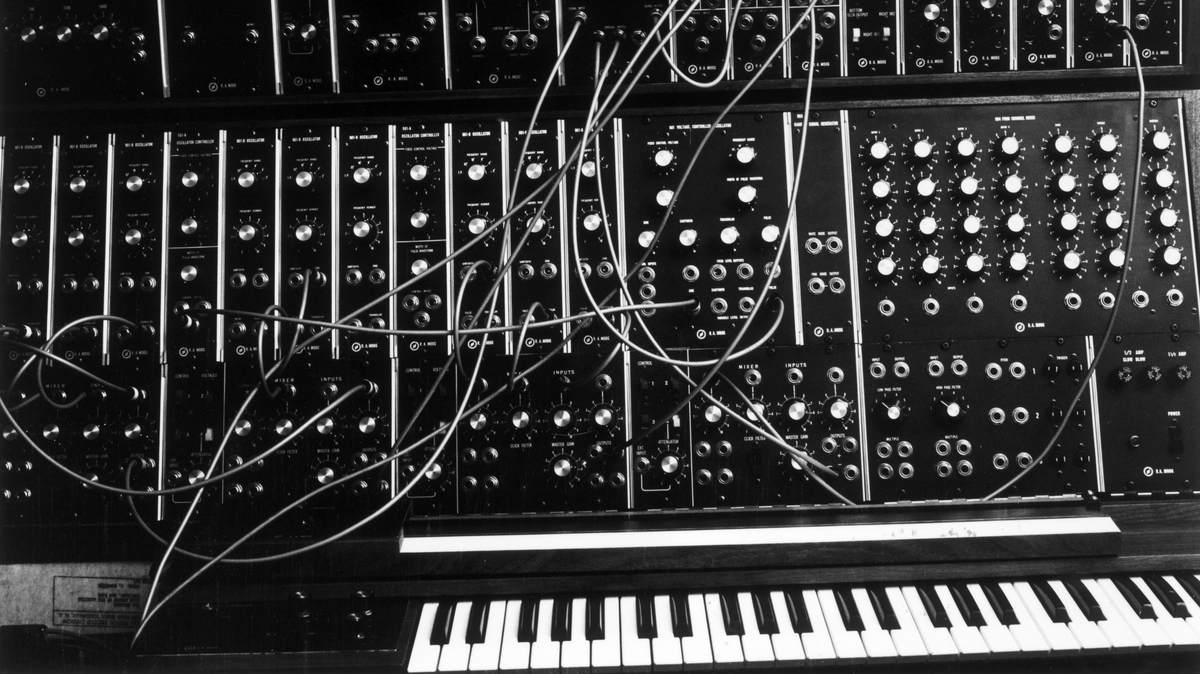 These electronic releases reflected Asch's drive to "document all sound on Earth, human and non-human," says Carlin. That's why the label also put out many recordings of nature sounds (frogs, insects, sea creatures) and urban noises (the clangor of the junkyard, the chatter and clatter of the office workspace), as well as bizarre listening experiences like the entire album that catalogs different mechanisms of voice production used by people who've had their larynxes removed. It wasn't so much that Asch had a particular penchant for electronic music, says Carlin, and more that he wanted Folkways to be "an encyclopedia of sound. If there were gaps, it was simply because he hadn't got to them yet."

Ann McMillan's Gateway Summer Sounds, one the label's recent vinyl reissues, involves a convergence between Folkways interest in environmental recordings and musique concrète, the techniques of splicing and processing sounds recorded on tape pioneered in France by Pierre Schaeffer from the 1940s onwards. A former assistant to Varèse, McMillan became excited by the new auditory frontier of hitherto inaccessible animal and deep sea creature sounds that scientists were starting to capture in the 1950s. By the '70s, she was able to procure recordings of sea animals from researchers at Narragansett Marine Laboratory. Using this material and the sounds of frogs, insects, thrushes and monkeys she acquired from other scientists, McMillan created the abstracted collages that can be heard on Gateway Summer Sounds and its Folkways follow-up, Whale – Wail, in Peace, En Paix. The records have an undertone of ecological concern: in the Gateway liner note, McMillan writes about the travesty of elephants in a zoo having to be equipped with ear muffs to protect them from the damaging din of aircraft passing overhead.

McMillan died in 1994, but Craig Kupka is alive and well and living in suburban Los Angeles. I managed to catch the 74-year-old composer just before heading off on a camping trip with his son. His two Folkways albums, Clouds and Crystals, are the only releases on the label that could really be described as New Age. That genre's rehabilitation over the course of the past decade — Clouds was included in one hip magazine's list of Best New Age Albums ever — caused the small number of original pressings to escalate in value, with copies selling for hundreds of dollars. Smithsonian Folkways noticed.

A relaxing trombone? Craig Kupka and his wife tested his ambient album, Crystals, in relaxation classes and dance studios.

Instead of Clouds, though, they went with the lesser-known and more interesting of the two, Crystals. The LP's first side is taken up by "Trombones of Lithia," a snowy-textured drone tapestry that reflects Kupka's academic training in trombone playing and the pivotal impact of Terry Riley's minimalist masterpiece "In C." (That title, in case you're wondering, comes not from any place's name but a Star Trek episode, in which engineer Scotty talks about the starship's power source in "dilithium crystals.") On the flip, its side-long title track sets the aleatory tinkle of wind chimes against meandering synth patterns of spidery delicacy played by Kupka and his accomplices. Crystals is based around the studious avoidance of dissonance and disruption, with the weave of fluffy textures smudged further by the use of a delay unit. Kupka talks of removing "any 'edge' in the overtones" to ensure the effect was "soothing," while in the original liner notes his wife Nancy wrote about how the absence of a fixed meter resulted in an undulating elasticity to the music. The liner notes draw attention to the fact that all the musicians had practiced one form of meditation or another, that the music had been field-tested in yoga and dance-and-stretch therapy situations, and that it would help listeners with the "renewal of your life-light."

Immediately prior to making Clouds, Kupka had recorded far more kinetic music in the form of a three part series of Modern Dance Technique Environments albums, reflecting his work as an accompanist to modern dance performances. After hearing Steve Halpern's New Age landmark Spectrum Suite, he and his musical colleagues decided to make a record that would foster stillness rather than incite movement. "We had to 'slow' ourselves down, jam non-pulsed music for quite some time, before we achieved the results found on Clouds and Crystals." Although Folkways had nothing remotely like those records on its roster, Kupka found Asch "very receptive" to "the concept of 'Music for Relaxation'. He had a 'broad' sense of music."

In 1986, four years after Crystals came out, Asch – who'd had a series of strokes and, according to Carlin, was virtually deaf in his final years – died, bringing to an end a project that over the course of four decades had amassed some 1,800-plus releases. The Smithsonian swiftly stepped in to acquire the label and its archive. One condition of custody was that they would keep the enormous catalog in print.

On the liner notes of the Kupka and McMillan vinyl reissues, a newly added snippet of text affirms the Smithsonian's commitment to "continuing the Folkways tradition by supporting the work of traditional artists." In an odd way, that now applies equally to the electronic, computer music, and other experimental recordings, which constitute "a tradition of the new" – a venerable, time-honored approach to creating music outside the vernacular popular forms. The future has become the past.