Accessibility links
The Economy May Be Losing Its Impact On Presidential Elections Conventional wisdom (and some logic) says that a bad economy will hurt President Trump in November. But growing polarization may be severing the tie between economic health and voters' choices. 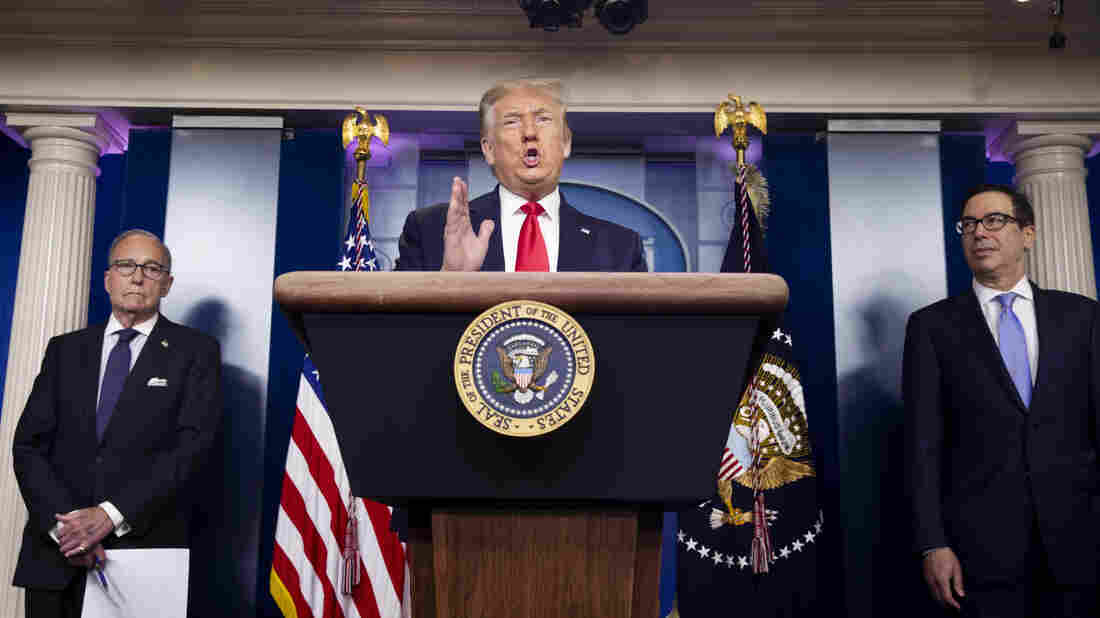 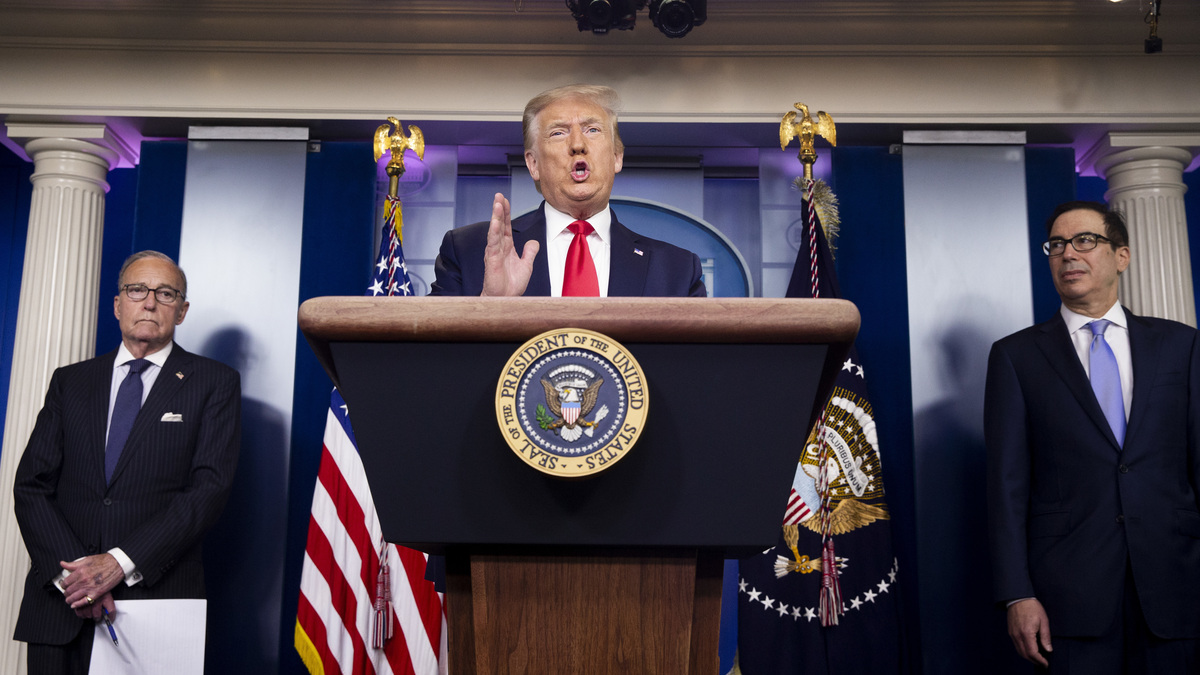 Here's one way of understanding just how far off the map the U.S. economy is right now: The U.S. has now had two straight months where it has added more jobs than it did in all of 2019.

And still, the job market has not even halfway recovered from the devastation of the coronavirus — the nation is still nearly 15 million jobs below where it was before the pandemic. Not only that, but with new spikes of coronavirus cases, there's a good chance that more job losses are to come.

Against this bleak backdrop, the presidential campaigns are making their economic cases in dueling events on Thursday. Vice President Pence is doing a roundtable on the economy in Pennsylvania, and Democratic candidate Joe Biden will be giving a speech on his plan to rebuild the economy in the same swing state, followed by his surrogates doing a series of economy-focused events.

A badly flagging economy of course works more to Biden's political favor than Trump's. But it's also possible that the economy will simply matter less in this election than in past presidential contests.

The economy matters — but how much?

The bottom line is that come November, the economy could be a strong headwind for the incumbent president. Just last week, the nonpartisan Congressional Budget Office projected that unemployment will still be above 10% around election time.

However, that doesn't necessarily mean an easy Biden victory, according to Mark Zandi, chief economist at the economics research firm Moody's Analytics. Its presidential election model factors in a range of economic indicators.

"The winner is Joe Biden. The [former] vice president beats Donald Trump, but it's not a slam dunk," he said. "So despite everything, despite double-digit unemployment, it's still going to be a close election, at least according to our modeling."

The next update of the Moody's model, he said, will show Biden defeating Trump 279 to 259 — a win, but hardly a blowout, even despite the potential for mass joblessness on Election Day.

The relatively narrow margin, Zandi says, is because of a few factors working in Trump's favor: He's an incumbent, his base is sticking with him and the Electoral College favors him.

Importantly, the model isn't just about headline figures like the national unemployment rate. In line with the Electoral College, Zandi looks at things on a state-by-state basis. So, there are a few key swing states, like Pennsylvania, Michigan and Wisconsin, where local economies will be particularly important.

The election is determined on the margins, in other words. Plenty of people know how they'll vote, regardless of their income or even whether they have a job on Election Day. But for those people in swing states without strong party affiliations, the economy could nudge their voting decisions one way or the other.

Even while he believes the economy will play a determining factor in the election, Zandi also acknowledges that polarization may have lessened the economy's power in elections.

"I do think the tribes have become more ossified," he said. "People's identities become wrapped up in their party affiliation, and they're going to vote for whoever is at the head of their party, regardless of what's going on in the rest of their life."

One way of seeing this is in voters' views of the economy. A partisan divide in economic optimism has opened up in recent years, according to the Pew Research Center — during Republican administrations, Republican voters see the economy as doing well, and the opposite is true during Democratic administrations. But those gaps are far wider now during Trump's presidency than they were under Barack Obama, mirroring levels last seen during George W. Bush's administration.

How Coronavirus Could Widen The Gender Wage Gap

In fact, an economist at the University of Michigan has found wider partisan gaps than ever in consumer sentiment: "It soon became apparent after the election of Trump that party affiliation was having an unprecedented impact on consumer expectations," wrote Richard Curtin in a 2018 paper.

This may mean that the economy is becoming decoupled from presidential election outcomes, according to Amy Walter, national editor of the Cook Political Report. She sees Trump as both a symptom and a cause of that phenomenon.

"He is someone who came into an already polarized moment. He didn't create it, but then he pumped it full of steroids," Walter said.

And in fact, Trump had a slight advantage over Biden when the Pew Research Center asked voters in mid-June whom they have confidence in on the economy. However, Biden led Trump on a range of other issues, including sizable leads on how he'd handle race relations and how well he'd be able to unite the country.

"When you are saying, 'I like the economy, and I like how Trump handles it. But I don't like the job he's doing as president, and I don't think I can vote for him,' that's a very different kind of calculus than we've seen in recent years," she said.

Trump of course touts positive economic numbers when they arise — he's well known for tweeting about the stock market and positive jobs reports. But his non-economic policies, as well as the inflammatory way he tweets and talks about so many non-economic topics, obscures that message.

What this means is that a very weak economy come November might not eat away much at Trump's base of support — but an improving economy also might not benefit him as much as it might another president.

"The rules we normally use — which are, 'How's the economy doing? Are we at a time of war or peace?' — those are usually things that drive voters' perceptions of a president," Walter said. "This is a president who's driving perceptions of himself every minute of the day, with every tweet, with every press gaggle he does in front of the helicopter, with every off-the-cuff remark he makes. And that is what's so different."