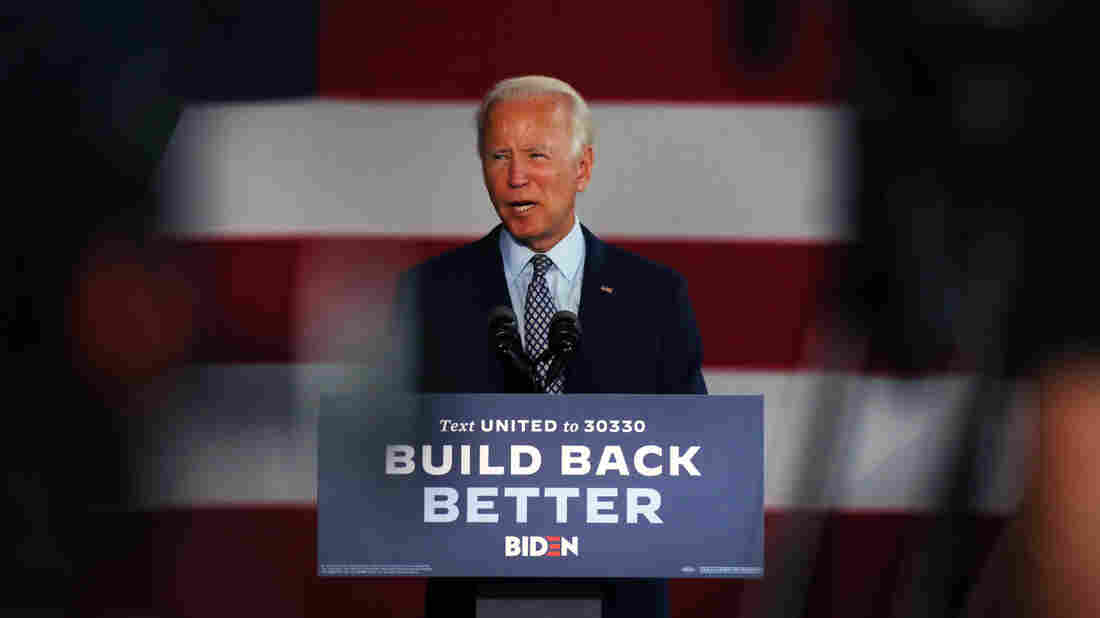 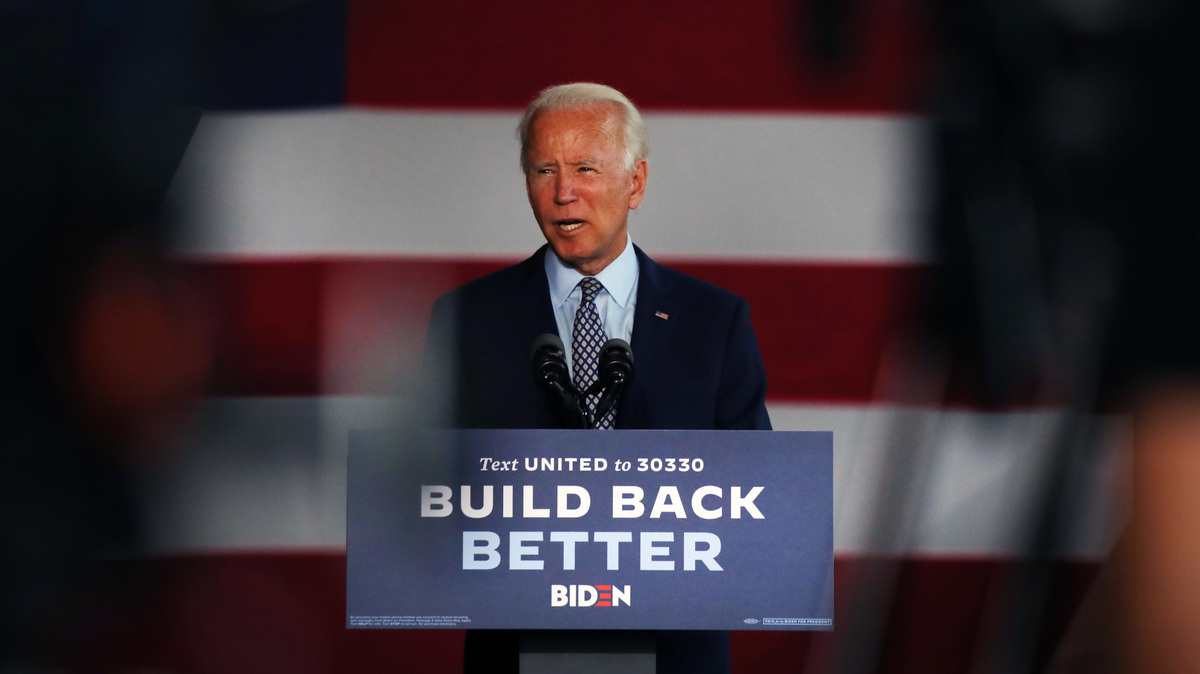 Former Vice President Joe Biden, the presumptive Democratic presidential nominee, laid out a key plank of his economic agenda for the country — dubbed "Build Back Better" — in a half-hour speech Thursday, offering a competing vision of economic nationalism that President Trump has trumpeted in recent years.

"The truth is throughout this [coronavirus] crisis, Donald Trump has been almost singularly focused on the stock market — the Dow and Nasdaq — not you, not your families," Biden said during his remarks Thursday afternoon in Dunmore, Pa., near his hometown of Scranton. "If I'm fortunate enough to be elected president, I'll be laser-focused on working families, the middle-class families that I came from."

Biden's economic plans to date have focused on immediate relief for families, small businesses and communities struggling amid the coronavirus pandemic. But the proposal he detailed Thursday centered around manufacturing and innovation.

He outlined an agenda to "Buy American," which includes a $700 billion investment in procurement and research and development for new technologies such as biotech, clean energy and artificial intelligence.

"This will be a mobilization of R&D and procurement investments in ways not seen since World War II," Biden said.

"I do not buy for one second that the vitality of American manufacturing is a thing of the past," Biden said, adding that he believes the future should be "made in America, all in America."

And when the federal government spends taxpayer dollars, Biden said, the focus should be on buying American products that would support American jobs. He said as president, he would intend to focus on rules that would help make that happen.

Biden also reiterated his plan to boost the corporate tax rate back up, to 28%, after Republican tax cuts in 2017 lowered the rate to 21%.

"The days of Amazon paying nothing in federal income tax will be over," he said.

In recent weeks Biden has insisted that his economic agenda will do more than simply respond to Trump's handling of the coronavirus crisis and the economic side effects of the pandemic.

Earlier this week, Biden spoke about the need to onshore more American goods — specifically vital medical equipment and pharmaceuticals — so that the United States would be better equipped to deal with future crises without relying on importing critical goods from China or elsewhere.

That's an issue Trump has also stressed, with his "America First" economic and trade policies.

"We don't need to guess what a Biden economy would look like since Americans have been forced to live through it once already," Hogan Gidley, the Trump campaign's national press secretary, said in a statement. "Biden's policies caused the slowest economic recovery since the Great Depression, anemic job growth, and depressed wages for the workers left."

Also speaking about the economy in Pennsylvania on Thursday was Vice President Pence, underscoring the importance of the state as a presidential battleground.

Biden's speech Thursday was the first in a series of planned rollouts in the lead-up to the Democratic National Convention in August. Biden said he'll announce plans around infrastructure and clean energy next week. And in the coming weeks, he also intends to address, child care and racial inequality.

On Wednesday, Biden's "unity task forces" with Sen. Bernie Sanders of Vermont released a 110-page policy wish list of recommendations for the former vice president that included plans for universal pre-K and 12 weeks of paid family leave. The effort was the result of six joint task forces appointed by Biden and Sanders in May.