Accessibility links
Seoul's Mayor Found Dead After Massive Search Mayor Park Won-soon's daughter told police he left a verbal message similar to a will, and later turned off his mobile phone. His body was found in a wooded park early Friday, police say. 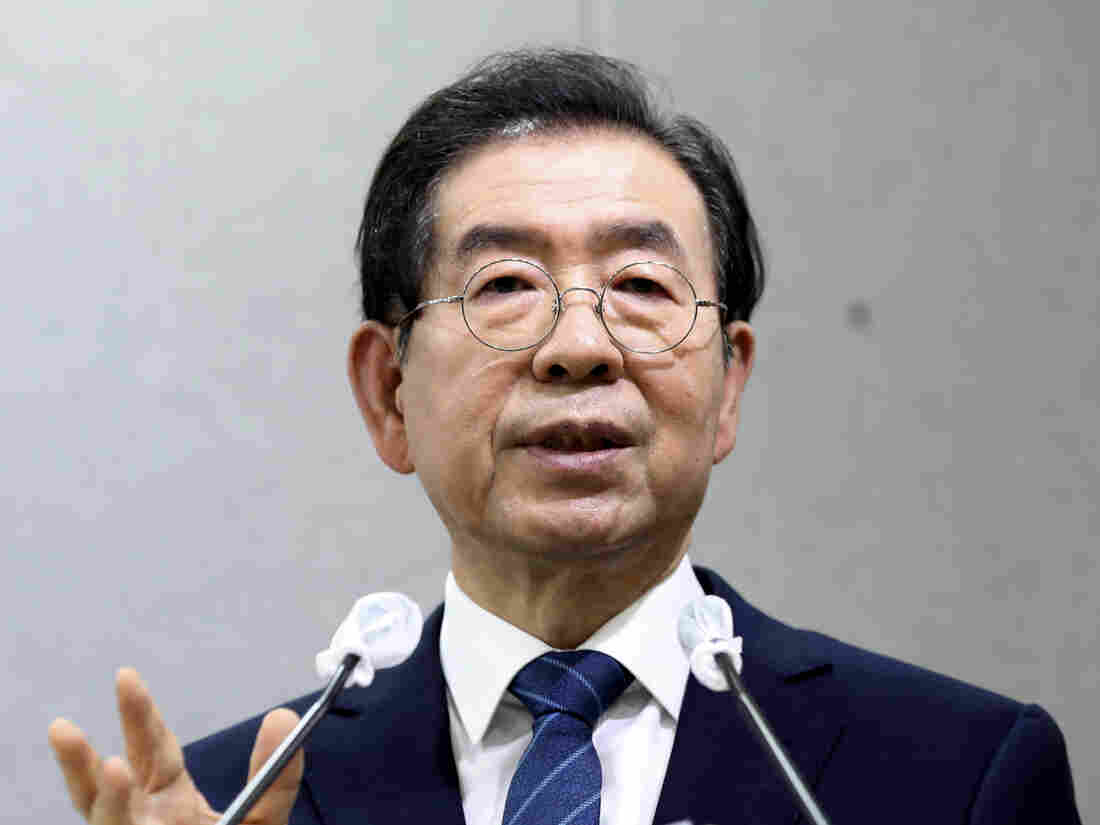 Police say that Seoul Mayor Park Won-soon, shown during a press conference earlier this month, was found dead in a wooded park. A police official says the cause of death is under investigation. Cheon Jin-hwan/Newsis via AP hide caption 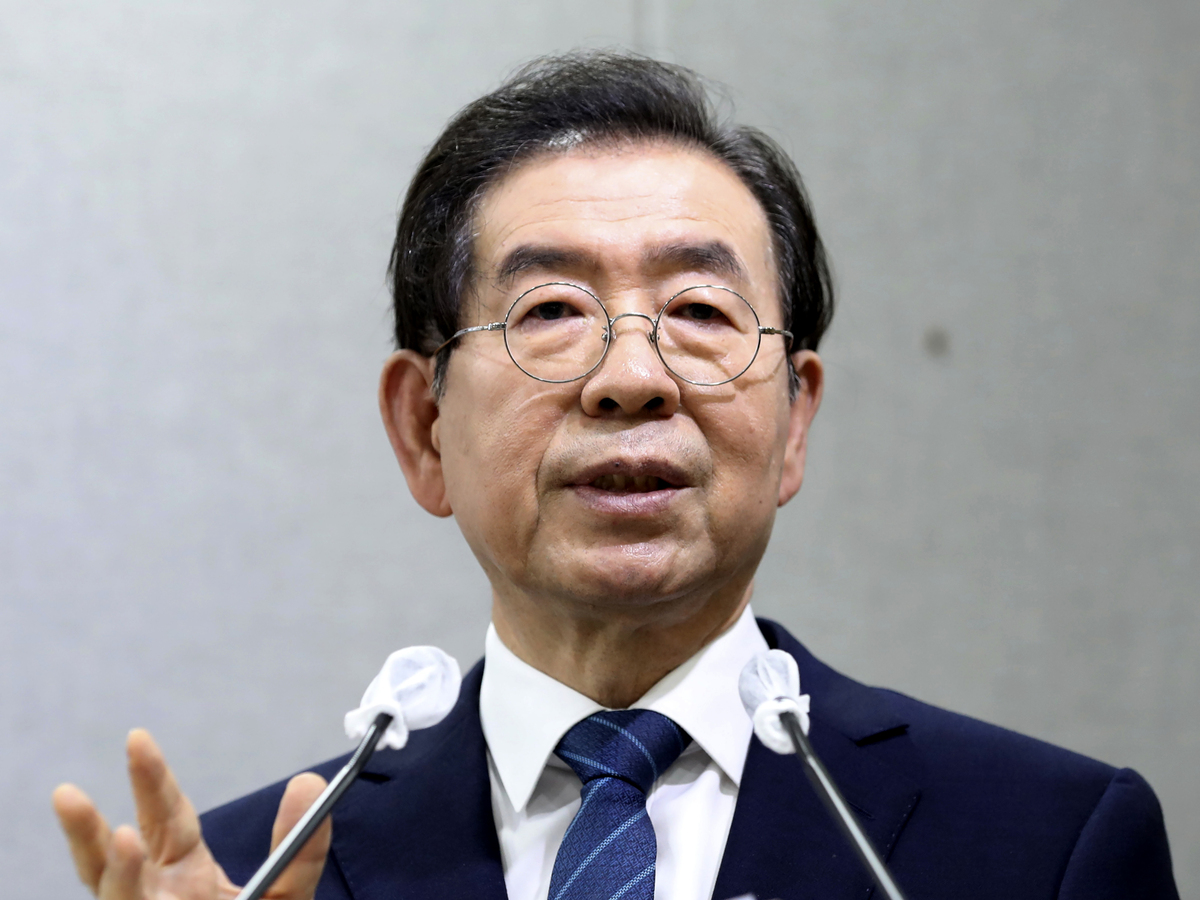 Police say that Seoul Mayor Park Won-soon, shown during a press conference earlier this month, was found dead in a wooded park. A police official says the cause of death is under investigation.

Choi said the cause of death is under investigation, but there is no evidence of homicide so far.

South Korea's Yonhap News Agency reported that Park's daughter filed a missing persons report Thursday afternoon. She told police her father had left a verbal message that sounded like a will and had later turned off his mobile phone.

Police earlier told reporters that Park was last seen in surveillance camera footage in a nearby park just before 11 a.m. Thursday. Park did not come to work Thursday and canceled an afternoon appointment for unspecified reasons.

Hundreds of police, firefighters and rescue teams, along with dogs and drones, then scoured the hilly, forested park area.

Choi said Park's phone, bag and business cards were found near his body, but there was no note or message with them.

Following local media reports that a municipal employee had filed a sexual harassment complaint against Park, Choi confirmed that police had received a complaint, which they were investigating, but he did not elaborate.

Like South Korean President Moon Jae-in, Park was a human rights lawyer and activist in the fight against the former military government that ruled South Korea for nearly three decades until the late 1980s.

He was briefly jailed and expelled from college in the mid-1970s over protesting the rule of former President Park Chung-hee.

Park was a visiting research fellow at the Harvard Law School's Human Rights Program in 1993.

The following year, he founded the People's Solidarity for Participatory Democracy, a progressive coalition later involved in the "Candlelight Revolution" in 2016-2017.

Those street protests culminated in the impeachment and removal of former President Park Geun-hye — the daughter of Park Chung-hee.

Park Won-soon was first voted in as mayor of Seoul in 2011 and won an unprecedented third term in elections in 2018. He was considered a contender for presidency in 2022 elections, after the conclusion of Moon's single five-year term.