Accessibility links
#Goyaway: Calls To Boycott Goya Foods After CEO Praises President Trump Speaking at the White House, the CEO of Goya Foods praises the president as a "builder." 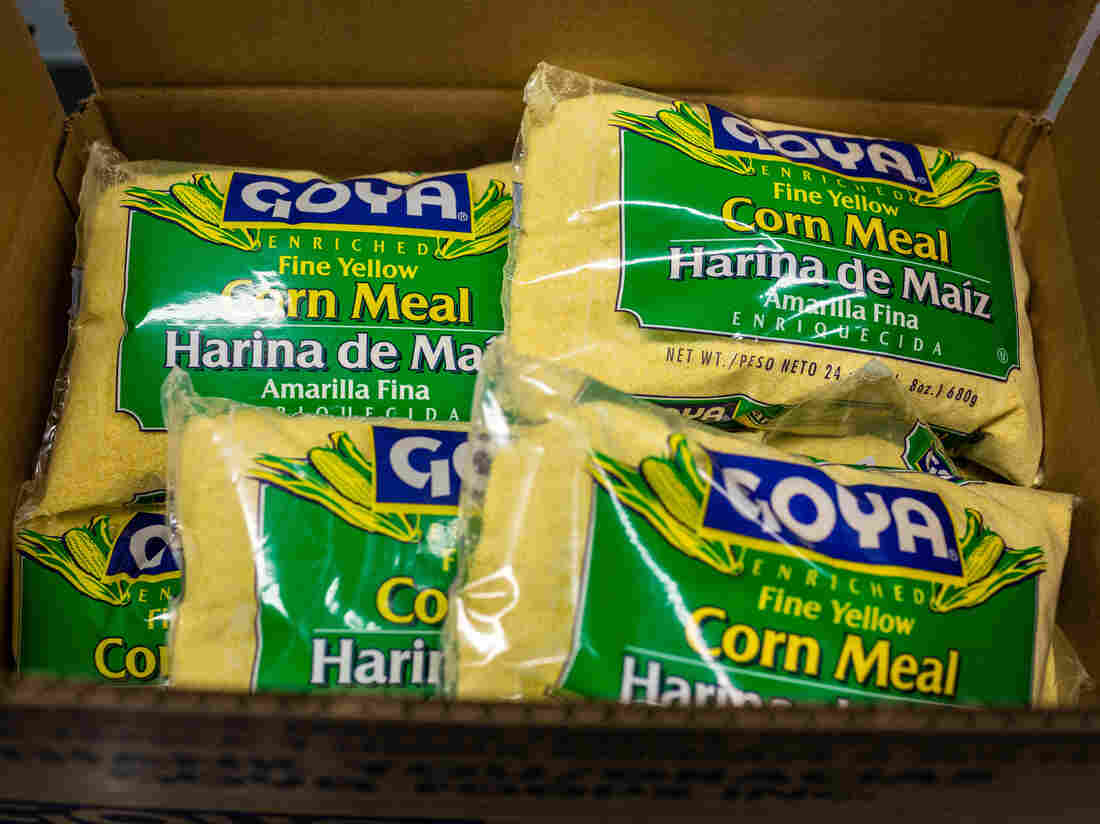 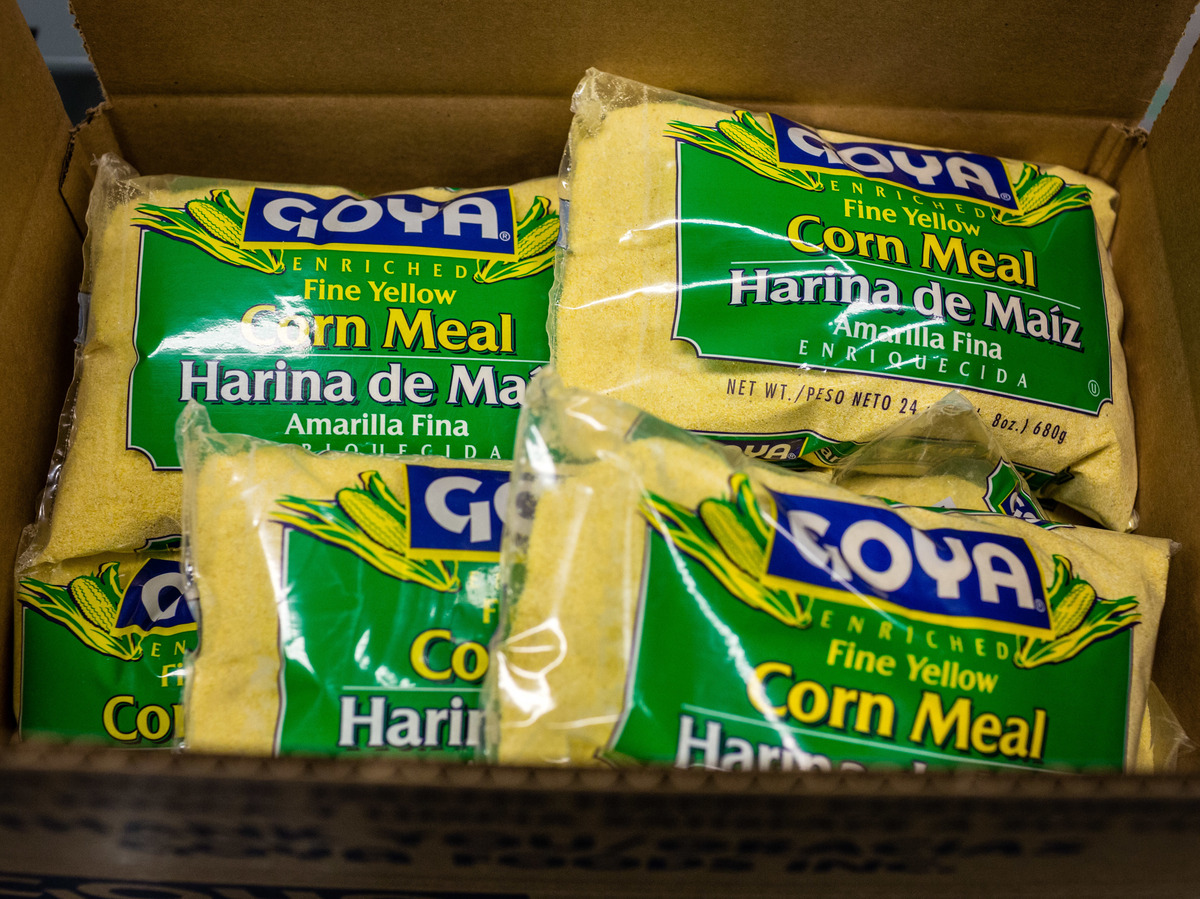 Packages of Goya Foods Inc. corn meal sit in a box at the company's production facility in Secaucus, N.J., in 2018.

Twitter users are calling for a boycott of Goya Foods, a brand most known for its Hispanic-staple food offerings, after the CEO of the company lavished praise on President Trump during a Thursday visit to the White House.

Robert Unanue, chief executive of the family-owned operation since 2004, said the country was "blessed" to have Trump at the helm, during remarks following a roundtable with Hispanic business and political leaders from across the country.

"We're all truly blessed at the same time to have a leader like President Trump, who is a builder," Unanue said during the Rose Garden speech.

"We have an incredible builder. And we pray. We pray for our leadership, our president, and we pray for our country — that we will continue to prosper and to grow."

Unanue also announced a plan, along with some partners, to donate 1 million cans of Goya chickpeas and 1 million pounds of food to food banks.

A statement issued late Thursday by Goya Foods did not address the negative reaction from some in the Hispanic community to Unanue's White House appearance and praise of Trump.

In the statement, Unanue reiterated his support for the president's Hispanic Prosperity Initiative, which Trump established by executive order at the White House roundtable.

Oh look, it’s the sound of me Googling “how to make your own Adobo” https://t.co/YOScAcyAnC

"Our country faces a time of historic challenge but we will meet that challenge together and continue to work towards greatness, focus on a strong recovery, and hold onto the hope for a healthier future for all," Unanue said in the statement.

Trump has maintained a tenuous relationship with much of the Hispanic community since his first campaign speech for the presidency, in which he described Mexican immigrants as "rapists" and "criminals."

Unanue, a third-generation Spanish American, enraged many with his remarks at the White House, including some high-profile Democrats who also signaled that they would no longer support Goya's products.

"Oh look, it's the sound of me Googling 'how to make your own Adobo,' " Rep. Alexandria Ocasio-Cortez tweeted on Thursday evening, referencing the popular seasoning.

.@GoyaFoods has been a staple of so many Latino households for generations.

Now their CEO, Bob Unanue, is praising a president who villainizes and maliciously attacks Latinos for political gain. Americans should think twice before buying their products. #Goyaway https://t.co/lZDQlK6TcU

By Thursday evening, "Goya," #BoycottGoya and #Goyaway were trending topics on Twitter.