Accessibility links
'Who Does This To A Kid?' D.C. Family Mourns 11-Year-Old Killed By Crossfire Davon McNeal was one of several children killed by gun violence over the July Fourth weekend while doing everyday things: playing in the yard, walking through a mall, watching fireworks. 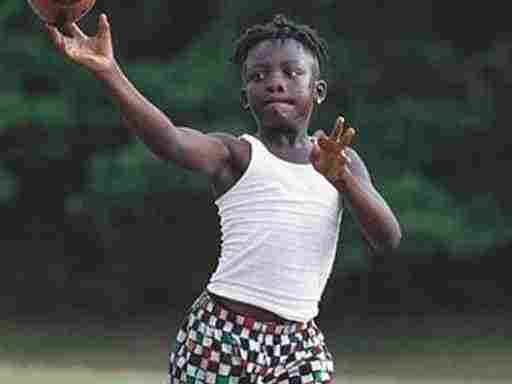 Eleven-year-old Davon McNeal was one of several children gunned down by gun violence over the Fourth of July weekend. His dream was to play for the NFL and buy his mother "the biggest house." Courtesy of John Ayala hide caption

When his phone died, 11-year-old Davon McNeal was at a Stop the Violence cookout in Washington, D.C., that his mother had helped organize. She took him to his aunt's house close by to borrow a charger and John Ayala, his grandfather, says the little boy hopped out of the car.

"At that moment shots rang out. Pop, pop, pop, pop, pop. He goes to the ground. You know, you hear bullets, you get out the way," Ayala said.

Davon was caught in the crossfire, a shooting sparked by a neighborhood beef. An 18-year-old man was arrested on Thursday for the shooting and charged with first-degree murder.

Davon was one of several children across the U.S., who were killed by gun violence over the Fourth of July weekend. They were doing everyday things — playing in the yard, walking through a mall, watching fireworks with family — when random bullets ended their lives. Secoriea Turner from Atlanta and Royta Giles from Hoover, Ala., were 8. Natalia Wallace from Chicago was 7. And Jace Young from San Francisco was 6.

"This is ridiculous," Ayala said. "Our babies are being gunned down, this has got to stop."

Wanda Ayala, Davon's grandmother, who is called "mama" by all her grandchildren, says she'll never forget the phone call she received a little after 10 p.m. with the news. Everything else is a blur. Racing to the hospital. Having an anxiety attack. Praying Davon would be OK.

When she saw him, he looked very small and very still.

"I said, 'Davon, baby, wake up, baby, mama's here.' He's lying on the table. This can't be right. Who does this to a kid?" she said, while sobbing uncontrollably.

Davon's family has a history of community service and trying to keep neighborhoods safe. His grandfather started a chapter of the Guardian Angels in D.C. They patrols streets, provide counseling and act as role models to at-risk youth. Davon's mother, Crystal McNeal, works as a city violence interrupter, mediating between gangs to resolve conflicts and prevent retaliation. It's a program D.C. has used more in the past couple of years as homicides have spiked.

Wanda says Davon loved his friends, videogames and football. Ever since his older brother started playing, Davon wanted to as well. So Wanda signed him up for coaching.

"From that point on, his goal was to go to the NFL. That's all he talked about," she said. "[He would say] 'And when I make it, I'm buying my mother the biggest house I can find.'"

Wanda said neither she nor her husband had a lot of money growing up. Even when they had kids, finances were tight. So when they could finally afford vacations, they were determined to spoil their five grandchildren. 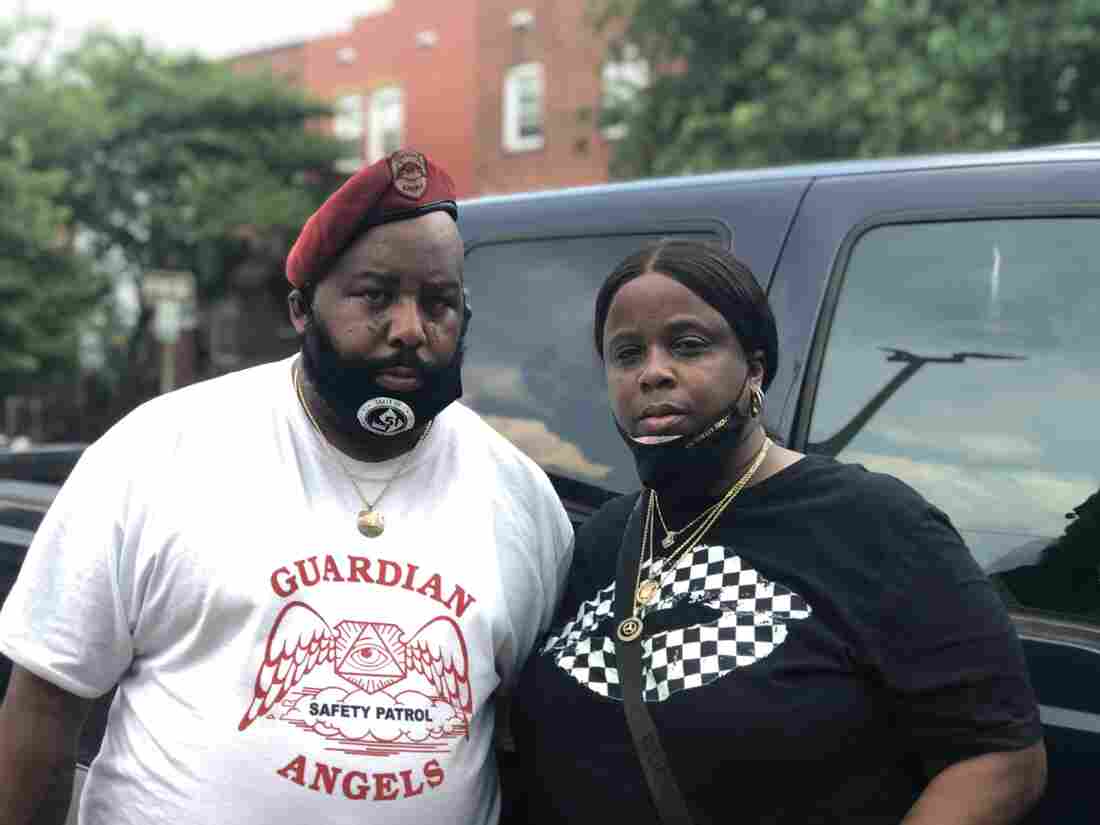 John and Wanda Ayala are devastated by their grandson's death. "This is ridiculous," John Ayala says. "Our babies are being gunned down, this has got to stop." Kavitha Cardoza hide caption 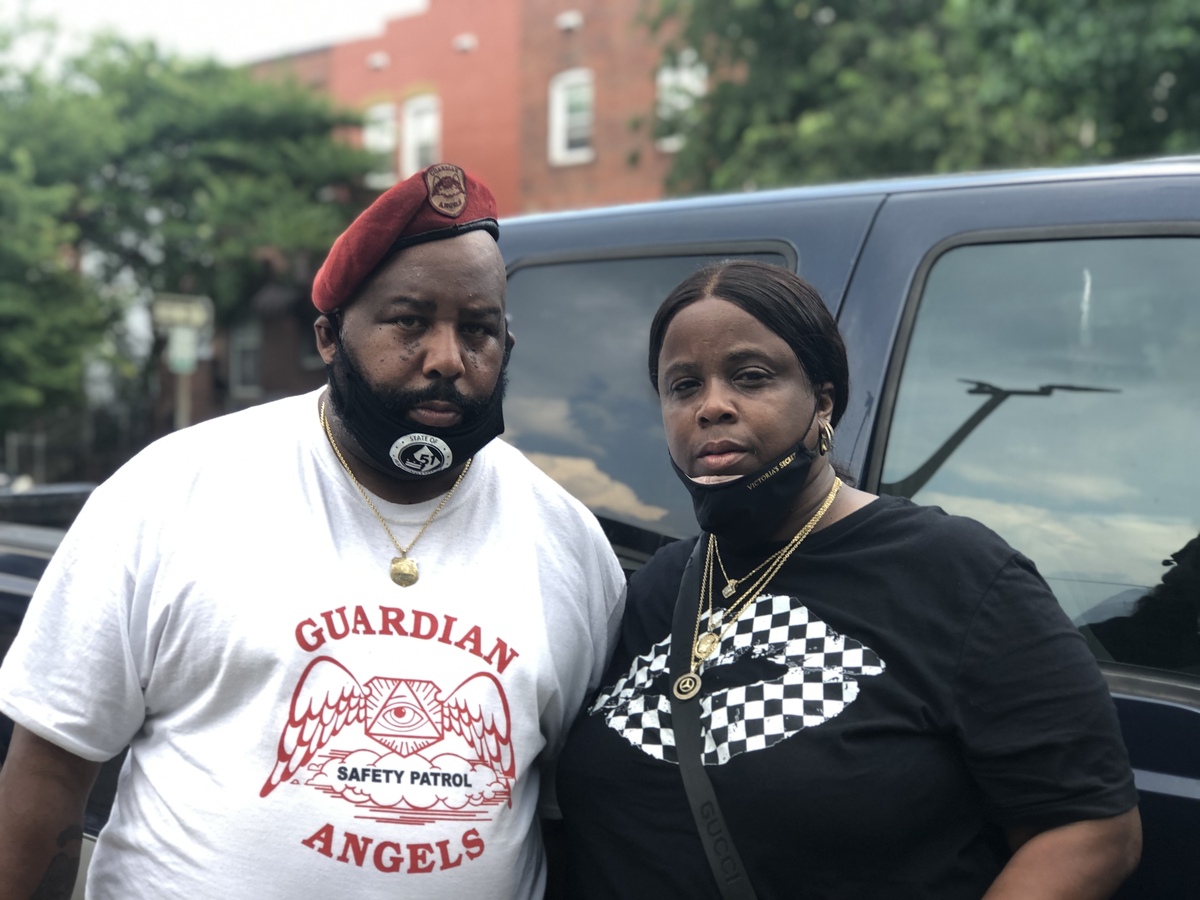 John and Wanda Ayala are devastated by their grandson's death. "This is ridiculous," John Ayala says. "Our babies are being gunned down, this has got to stop."

"It's the difference between being a mom and a grandma," she said. "So with the grandkids, we just wanted to do everything with them."

They took vacations every year with the children. One time they took all the grandchildren to New Jersey, to go to Six Flags. They visited all three parks and came back home to D.C.

"I unpacked everybody's bag, washed everybody's clothes, repacked the bags, got back on the road to Ocean City," she said, laughing. "We did a 10-day trip!"

Wanda has lots of happy memories with Davon, but then she remembered there are no more memories to make, no more Davon to spoil.

Her face crumpled and the tears flowed.