Accessibility links
Nearly 6 Years After MH17 Was Shot Down, Dutch Prosecutors Say They Will Sue Russia Russia has denied any involvement in the 2014 crash of the Malaysian jetliner that killed nearly 300 people. Investigators say it was hit by a Russian-supplied surface-to-air missile. 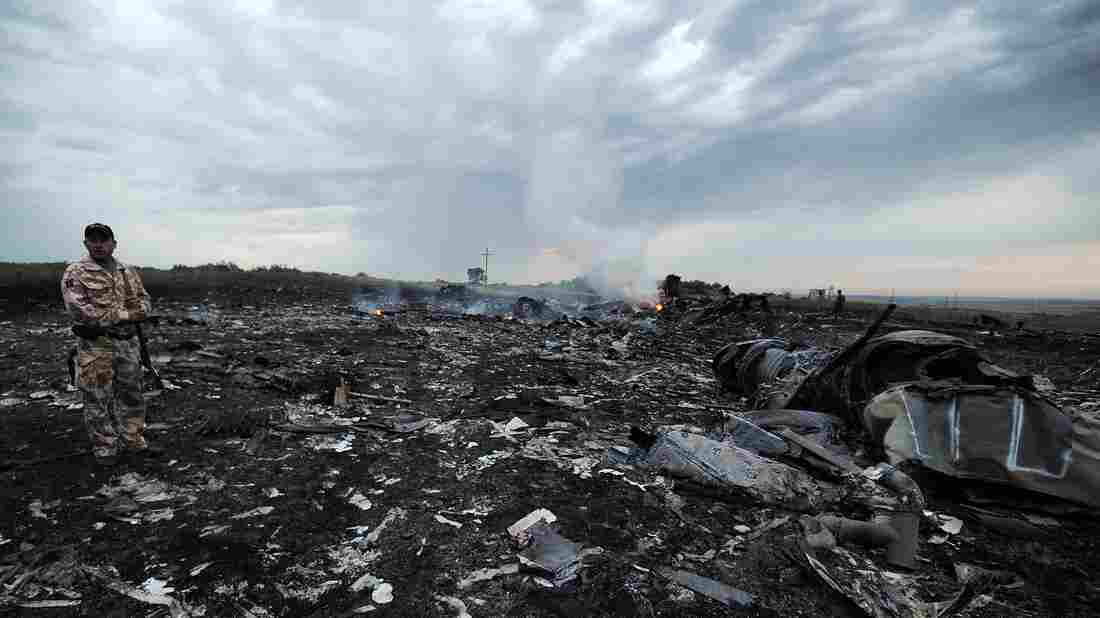 A man wearing military fatigues stands next to the wreckage of Malaysia Airlines MH17 carrying 298 passengers and crew, that crashed in eastern Ukraine six years ago. Dominique Faget/AFP via Getty Images hide caption 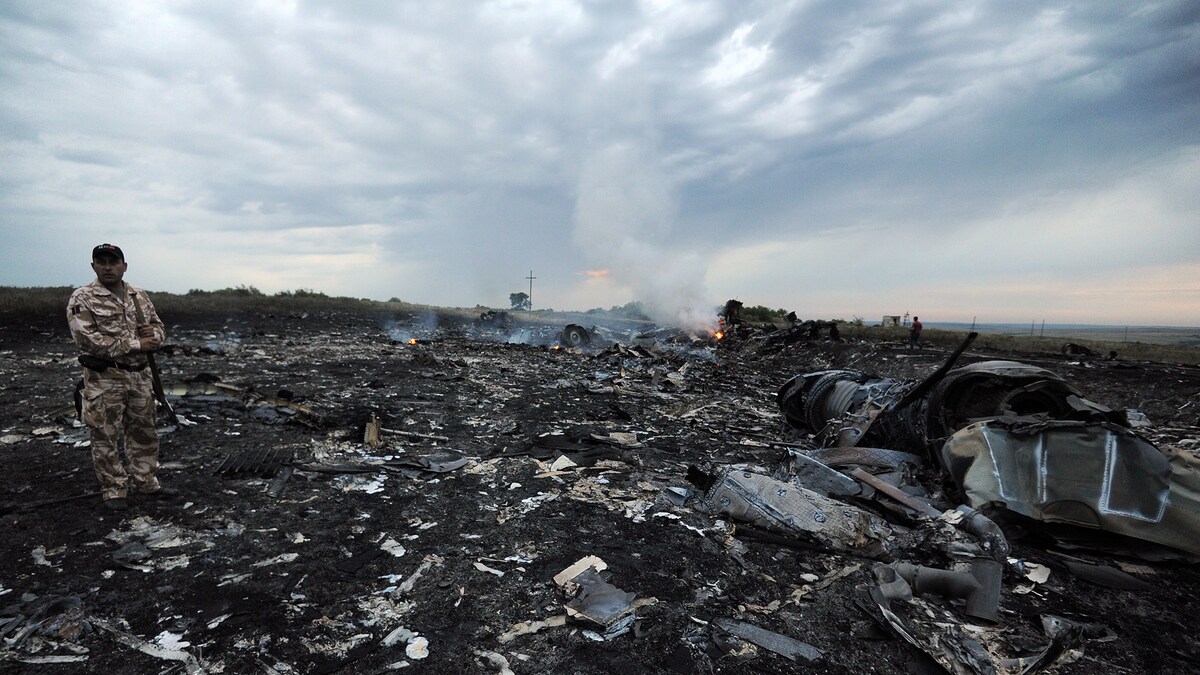 A man wearing military fatigues stands next to the wreckage of Malaysia Airlines MH17 carrying 298 passengers and crew, that crashed in eastern Ukraine six years ago.

The Netherlands said Friday that it will sue Russia at the European Court of Human Rights for Moscow's alleged role in the shooting down of an airliner over Ukraine six years ago that killed all 298 aboard, two-thirds of whom were Dutch.

Russia has denied any involvement in the crash of Malaysia Airlines Flight MH17 from Amsterdam to Kuala Lumpur, which went down on July 17, 2014. However, Dutch investigators have concluded that the Boeing 777 was hit by a surface-to-air missile supplied to pro-Russian rebels in eastern Ukraine. A similar conclusion is widely accepted by Western intelligence.

"Achieving justice for 298 victims of the downing of Flight MH17 is and will remain the government's highest priority,'' Foreign Minister Stef Blok said. "By taking this step today ... we are moving closer to this goal."

In a letter to parliament, the Dutch government said it hopes to get "truth, justice and accountability" for those who died in the crash.

M.V. Zakharova, a Russian foreign ministry spokesperson, called the move by the Netherlands "another blow to Russian-Dutch relations."

"The Hague from the very beginning embarked on the path of unilateral blaming Russia for the crash of flight MH17," the spokesperson said in a statement. "We believe that this step will only lead to further politicization and will complicate the search for truth."

Last year, Dutch prosecutors charged four individuals – three Russians and one Ukrainian who it said were responsible for downing the jetliner. The most prominent of the four is Igor Girkin, who prosecutors contend is a former Russian intelligence officer who operated out of the rebel-held eastern city of Donetsk.

Girkin has denied that the rebels shot down the plane.

Russia refuses to extradite its citizens and the Ukrainian charged is believed to have acquired a Russian passport. As a result, the four are being tried in abstentia in a Dutch court.

Investigators concluded that Russian forces transferred a Buk mobile surface-to-air missile battery to the rebels, who used it to shoot down the airliner, likely because they mistook it for a Ukrainian military transport.

The suit against Russia is meant to support individual cases brought by relatives of 65 of the Dutch victims.

"Many relatives have begun procedures and have now entered a phase where they need evidence," Blok wrote in his letter to parliament. "We have that evidence and providing it to the court by starting this procedure is the best way to help them."