Accessibility links
Review: 'Survivor Song,' By Paul Tremblay Paul Tremblay's new novel, about a viral outbreak that locks down New England, hits close to home. Taking place over just a few hours, it's both a zombie horror tale and a focused, personal drama.

You Know How 'Survivor Song' Will End. It's Still Horrifying

You Know How 'Survivor Song' Will End. It's Still Horrifying 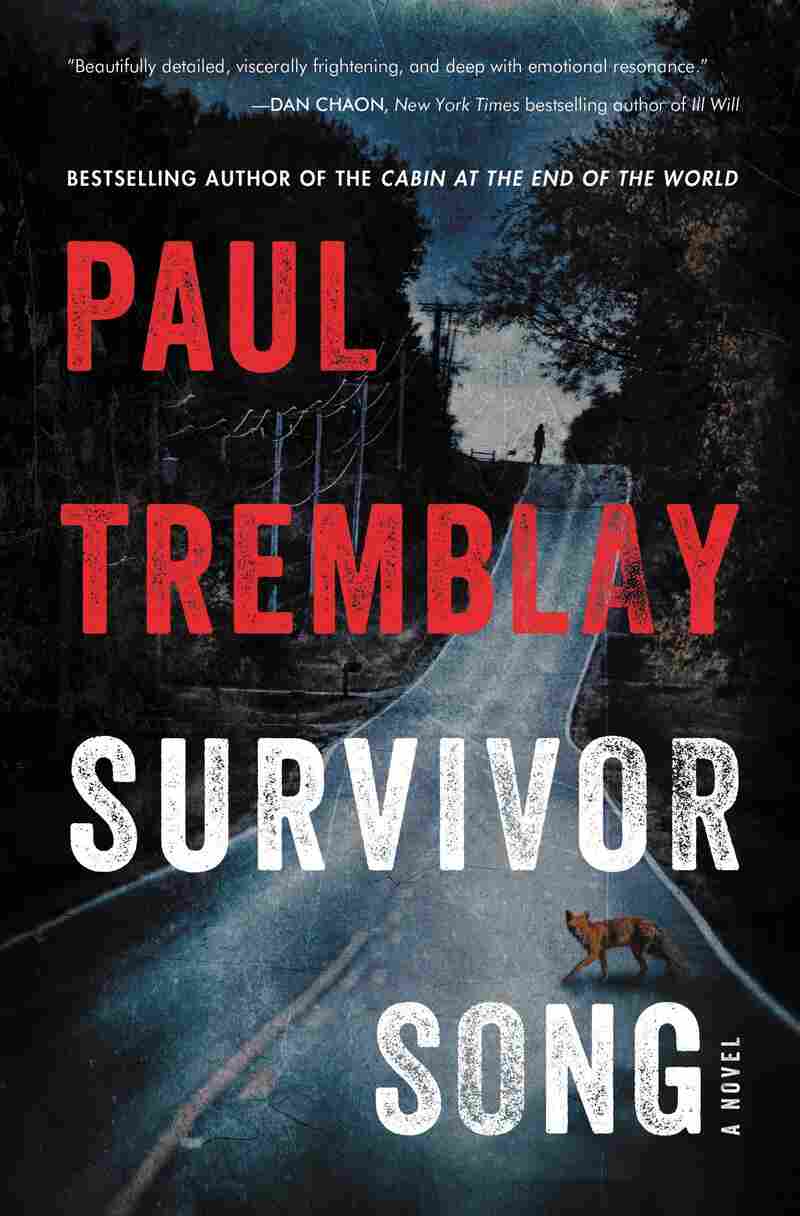 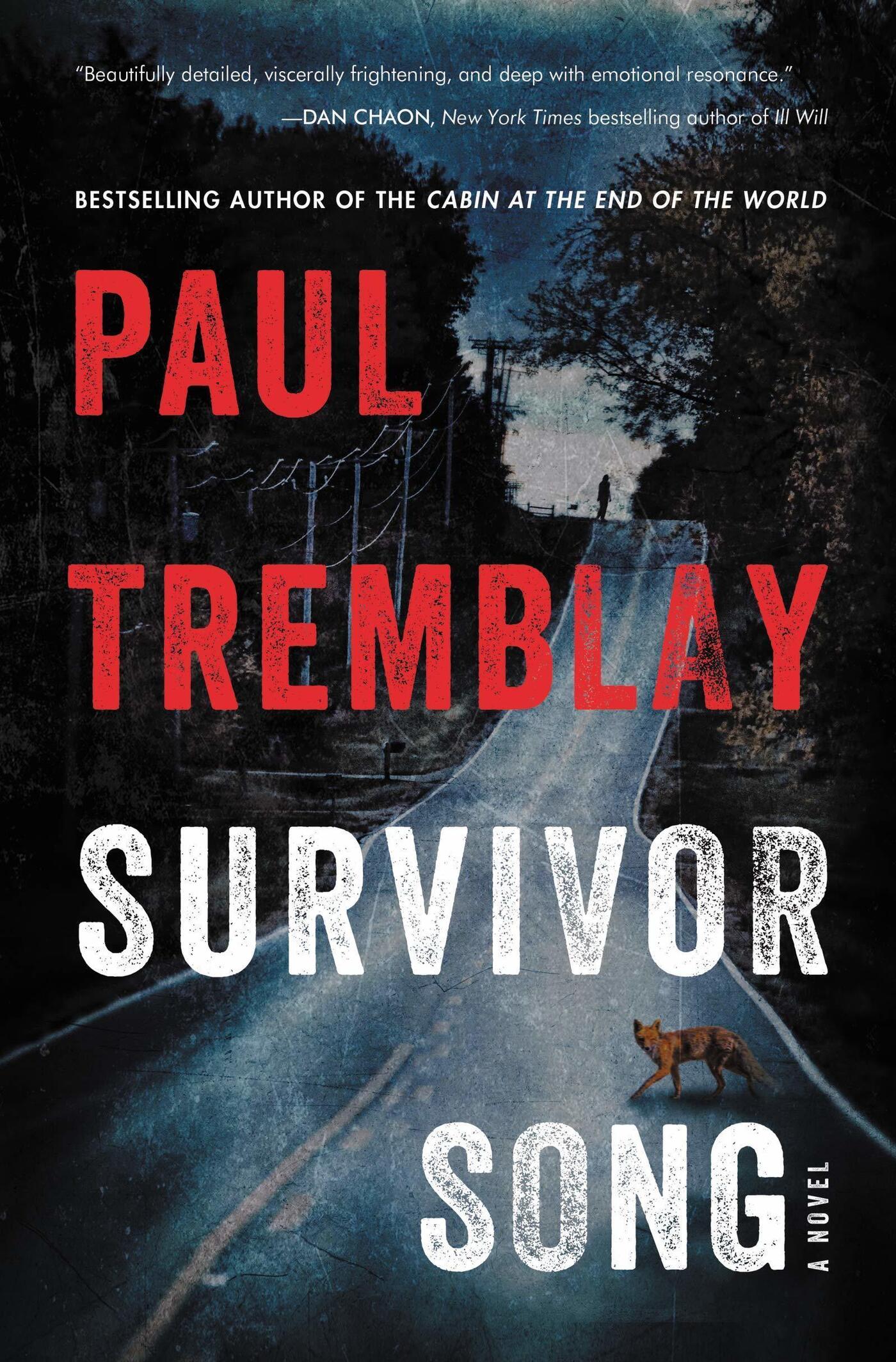 From the very first page of Paul Tremblay's new book, Survivor Song, you know exactly how it's going to end. You know because you know. Because you've seen this movie before, read these books before, heard these stories before. You know because it is in your bones to know how certain stories end even before they've really begun.

This is not a fairy tale. Certainly it is not one that has been sanitized, homogenized, or Disneyfied, bloodless in every possible sense of the word, beasts and human monsters defanged and claws clipped, the children safe and the children saved.

That's Tremblay talking straight to you, the reader. Page 1, paragraph 1. You know how this is going to end because he tells you how it is going to end.

And then he moves on.

Survivor Song is a zombie story and a virus story and a disaster story and an intensely personal, focused drama all at the same time. It takes place over three hours, total. Maybe four. It is, in another life, a short story. A chapter of backstory in someone else's novel. A storyline cut from the movie's final edit for time because it was nice, Mr. Tremblay, sure, but there just weren't enough explosions.

Quiet. That's what it is. Except for when it is very, very loud. Plodding (which might seem weird for a book with such a compressed time-line) except for when it absolutely is not. It's a ticking-clock action novel that is, at the same time, timeless, like all the clocks have been turned to liquid. It's an outbreak story released in the middle of a global pandemic which, in its awful reality, absolutely dwarfs the fiction contained between the covers, and it's a horror story with no scares because you know (you know) just how bad, how awful, how sad and how bloody it is all going to get before you're through.

... it's a horror story with no scares because you know (you know) just how bad, how awful, how sad and how bloody it is all going to get before you're through. None of this is a criticism.

None of this is a criticism. These were all deliberate choices. They all work. They all make Survivor Song what it is, which is a claustrophobically small, painfully real novel of everyday horror that feels (sickeningly, depressingly) like it might've been a long-form non-fiction story if things today and yesterday had gone just a little bit differently than they did.

In the beginning, there is Natalie — very pregnant, living in a quiet house in Massachusetts with her husband Paul during the first days of an outbreak of viral rabies that has made the jump to humans. When she mentions her boredom and anxiety after four days of lockdown, I have to laugh (from the hundred-something-th day of mine), but I can also remember those first days. The confusion. The worry. Natalie is afraid to turn the lights on because it might attract the attention of infected animals. She doesn't flush the toilet because it'll make too much noise.

And she is, in every way, living inside her own little horror movie — operating under assumptions and reflexes that have been learned over decades of apocalyptic storytelling. I did the same thing once upon a time. I bought gallons and gallons and gallons of water in March because that's what you do, right? That's what books and movies taught me. Been a hundred-odd days now. Haven't touched a drop.

Paul is at the grocery store. Standing in long lines. Trying to get supplies. The rabies, they say, can infect people. Turns them aggressive. Violent. Crazy. The government has dropped bait packs to vaccinate animals. The National Guard is directing traffic. The hospitals are getting overcrowded with panicked people who think they got it because their dog licked their face or their cat sneezed in their mouth. Four days.

Natalie is due in two weeks. She's worried (who wouldn't be?) and she talks and talks and talks to a voice recording app on her phone — introducing herself to her unborn child, talking about what is happening. Straight stream-of-consciousness stuff that Tremblay weaves into the wobbly narrative framework that jumps from narrator to narrator, that switches person and tense, that messes with time and convention in ways that feel both jarring and real. What's one of the things that our own crisis has taught us? That time bends and stretches in strange ways. That the apocalypse is, for the most part boring (except when it's not).

Natalie calls, in a panic. She's five minutes away. And, for the rest of the book, it will be these two women together, desperately fighting to get Natalie to a hospital so she can get a vaccine and then deliver her baby before the worst happens.

You know what's going to happen.

Along the way, there are panicked crowds, an overrun hospital, a mad ambulance ride, two teenage boys on bikes who think (believe, wish) that this is the zombie movie they've been waiting their entire lives for. Who argue over whether they are the main characters in it — the invincible heroes, clad in indestructible plot-armor — or just "randos" who exist to feed the meatgrinder.

You know what's going to happen.

'Survivor Song' is a small horror story. A personal one. A fast and terrible one that is committed beautifully to the page.

There's a residential street, blocked by camo-wearing racist survivalists spouting off about international globalist conspiracies, the U.N., vaccines. They're living out their own little last-man-on-earth apocalypse fantasy, going door-to-door with rifles and a big pickup truck hauling a mysterious covered trailer.

You know what's in the trailer, don't you? Of course you do. You know. And Tremblay knows. And he doesn't pull punches. He doesn't smooth the edges. He doesn't turn away.

Survivor Song is a small horror story. A personal one. A fast and terrible one that is committed beautifully to the page. It goes on, piling banal complication on top of the awful terror of time running out, and crushes you in the most surprising of ways — with a look, a line, a touch, a memory, an inevitability that you saw coming from page 1. It exists in a pandemic world where all choices are bad ones. Where things unravel faster than you can possibly believe. Where happy endings are transactional: they come with a cost. Because Survivor Song isn't a fairy tale. It's a horror story.

And you knew that going in.