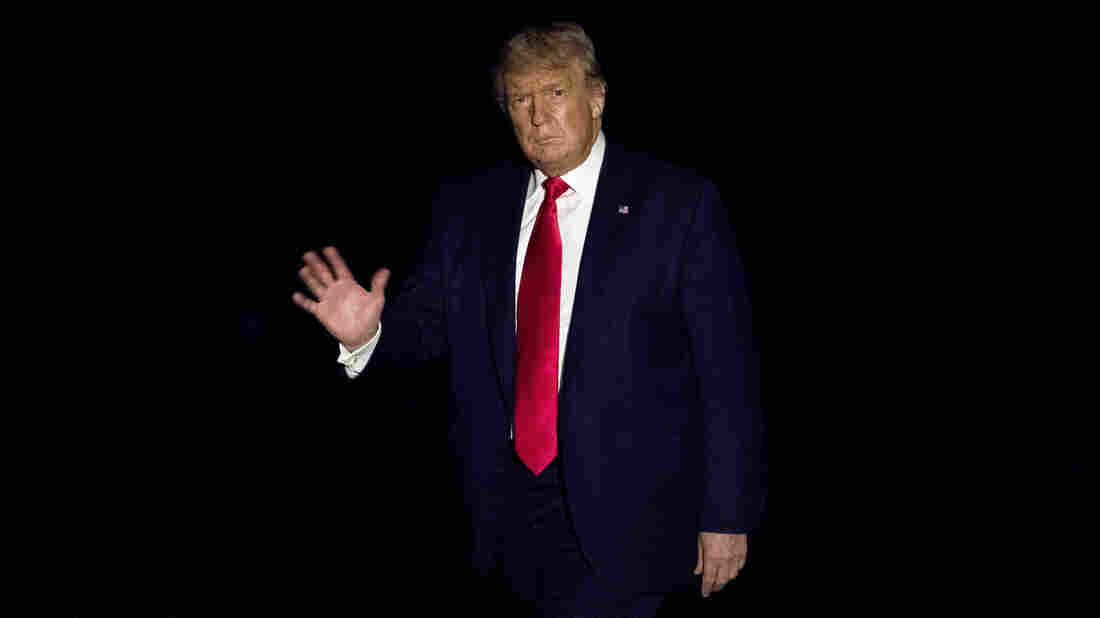 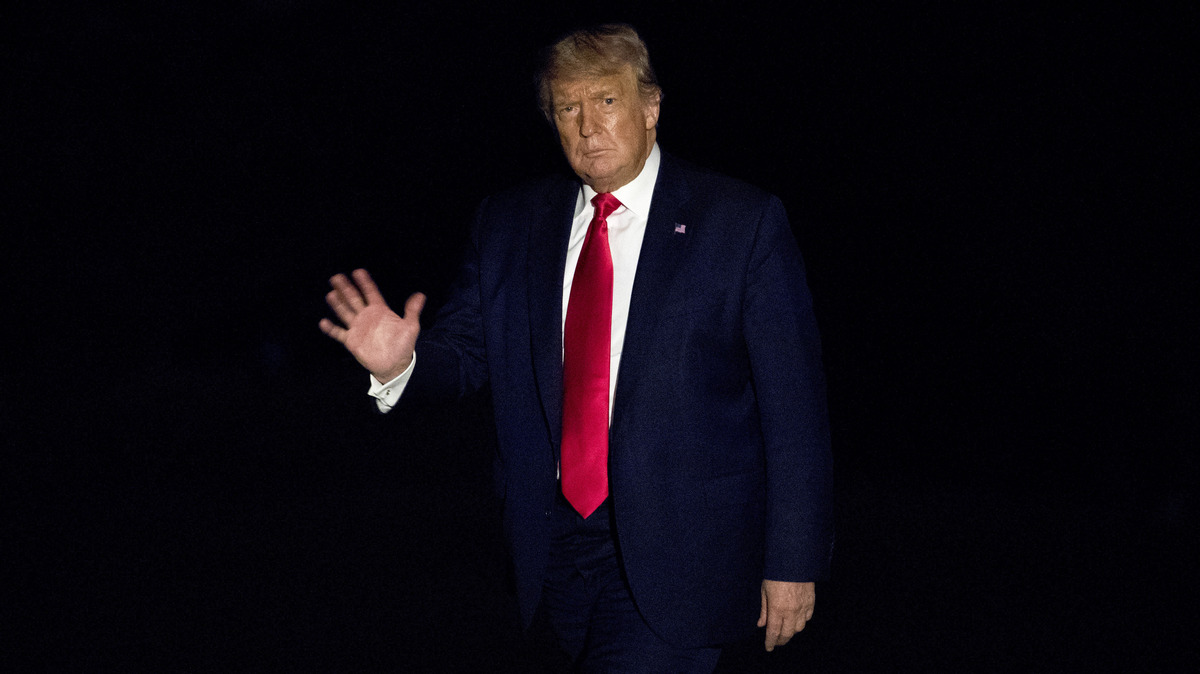 President Trump commuted the sentence of his longtime political confidant Roger Stone on Friday, just days before he was set to report to prison. Scholars say Trump's clemencies have rewarded friends and allies.

President Trump issued his first pardon in August 2017, just about seven months into his presidency. Three years and three dozen clemencies later, some patterns have emerged.

One clear pattern is Trump's tendency to grant clemency to prominent political figures and people who have shown loyalty to him, clemency scholars say. That propensity was on full display on Friday, as Trump commuted the sentence of his former campaign adviser Roger Stone. Stone was just days away from beginning a 40-month prison term for lying to lawmakers investigating Russian influence in the 2016 presidential election.

"Modern presidents have sullied clemency through disuse (both Bushes) and occasional self-serving grants (Clinton)," Mark Osler, a law professor and clemency scholar at the University of St. Thomas' School of Law, told NPR via email. "However, no president has ever used clemency primarily to reward friends and political allies" — until Trump.

In announcing the commutation Friday, the White House called Stone a "victim of the Russia Hoax" and said he "has already suffered greatly."

Presidents can grant clemency through both commutations, which reduce a prison sentence but do not erase a conviction, and pardons, which express presidential "forgiveness" and can restore certain civil rights.

With only a handful of exceptions, Osler said, Trump's clemency grants have gone to "people he knows or learned about from Fox News." On a single day in February, Trump pardoned or commuted the sentences of 11 people, all of whom had one thing in common: either their cases were promoted on Fox News or they had an inside connection to the president.

Trump also prefers to disregard the advice of the Office of the Pardon Attorney in the Department of Justice, said American University professor Jeffrey Crouch, who has written extensively on the presidential pardon power. That office is responsible for vetting the thousands of clemency requests the government gets every year.

For over a century, presidents have relied on the recommendations of that office. Not so for Trump, who prefers to make his own decisions. A Washington Post investigation found that most of Trump's grants of clemency "have gone to well-connected offenders who had not filed petitions with the pardon office or did not meet its requirements."

"He has largely ignored the little guy, or anonymous offenders who apply for presidential mercy through the usual channels," Crouch told NPR. "Under President Trump, the old back door to clemency — getting the president's attention somehow — seems to have become the new front door."

Trump's first pardon went to former Maricopa County, Ariz., Sheriff Joe Arpaio. Arpaio was convicted of contempt of court after he continued detaining suspected undocumented immigrants after a judge warned him to stop targeting Latino drivers. Arpaio's pardon did not go through the pardon attorney's office. And that first pardon would set the tone for many of Trump's pardons and commutations to come.

The president's clemency power is supposed to exist solely to protect the national interest, said professor Mark Rozell, dean of the Schar School of Policy and Government at George Mason University. Rozell cited Alexander Hamilton's pronouncement in the Federalist Papers that it's better to give this power to the president — "a single man of prudence and good sense" — than to a legislative body like Congress.

The Founding Fathers never anticipated that a president would use his power as Trump has, Rozell said. "There is nothing in Trump's pardons of political allies and cronies that meets the national interest standard," Rozell told NPR. "It is a mockery of the constitutional power vested in him."

Trump isn't the only president to use his power to help allies. Rozell cited what he called "some egregiously bad examples of the use of the pardon power" — Bill Clinton's pardons of Marc Rich and others on his last day in office, and George H.W. Bush's pardons of six Iran-Contra scandal figures, issued after he lost his bid for reelection. But "no one has violated the principles underlying the pardon power so much as [Trump] has," Rozell said.

Trump's immediate predecessor also faced criticism for his use of clemency powers. By the end of his two terms, Barack Obama had proudly granted more commutations than any other president in history — most of his later clemencies went to low-level criminals, especially those convicted of drug offenses with harsh penalties.

And some of Obama's clemencies drew harsh criticism, especially from conservatives — such as his commutation for Chelsea Manning, who was convicted of sharing classified information, or Oscar López Rivera, a Puerto Rican activist who had served 35 years of a 55-year sentence after his organization set off more than 100 bombs in the 1970s and '80s.

"I don't see these in the same category, though, as granting clemency to someone who was convicted of lying to protect the president who later pardoned him," Rozell said.

The Roger Stone commutation has been highly controversial, both among Democratic lawmakers and among some members of Trump's own party. Utah Sen. Mitt Romney called it "unprecedented, historic corruption." But Trump doesn't seem so concerned about how his clemency decisions could impact his approval rating, Crouch said, calling the timing "very unusual."

Most controversial clemency grants by several recent presidents came only after those presidents were "free from electoral consequences," Crouch said. But the Stone commutation "came just four months before the president will stand for reelection."