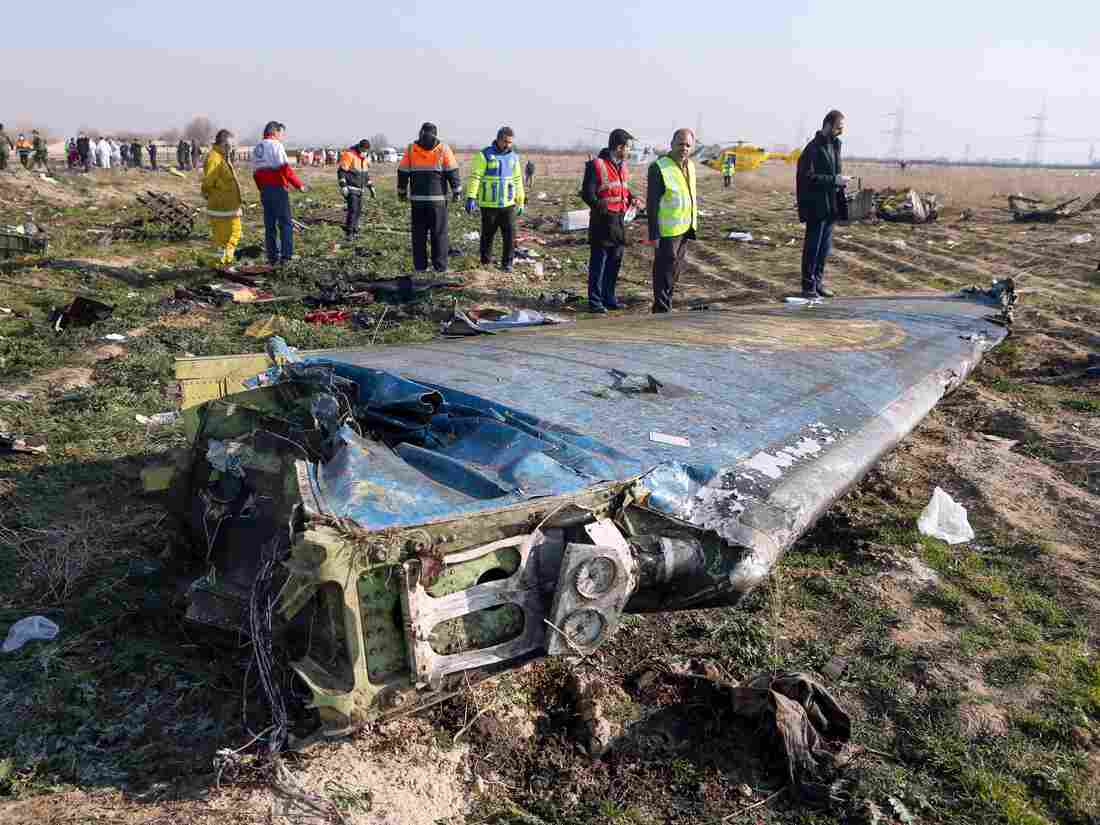 Rescue teams examine the wreckage of the Ukrainian airliner that was shot down shortly after takeoff in the Iranian capital, Tehran, on Jan. 8. Iran says a tragic series of mistakes led to the missile strike. Akbar Tavakoli/IRNA/AFP via Getty Images hide caption 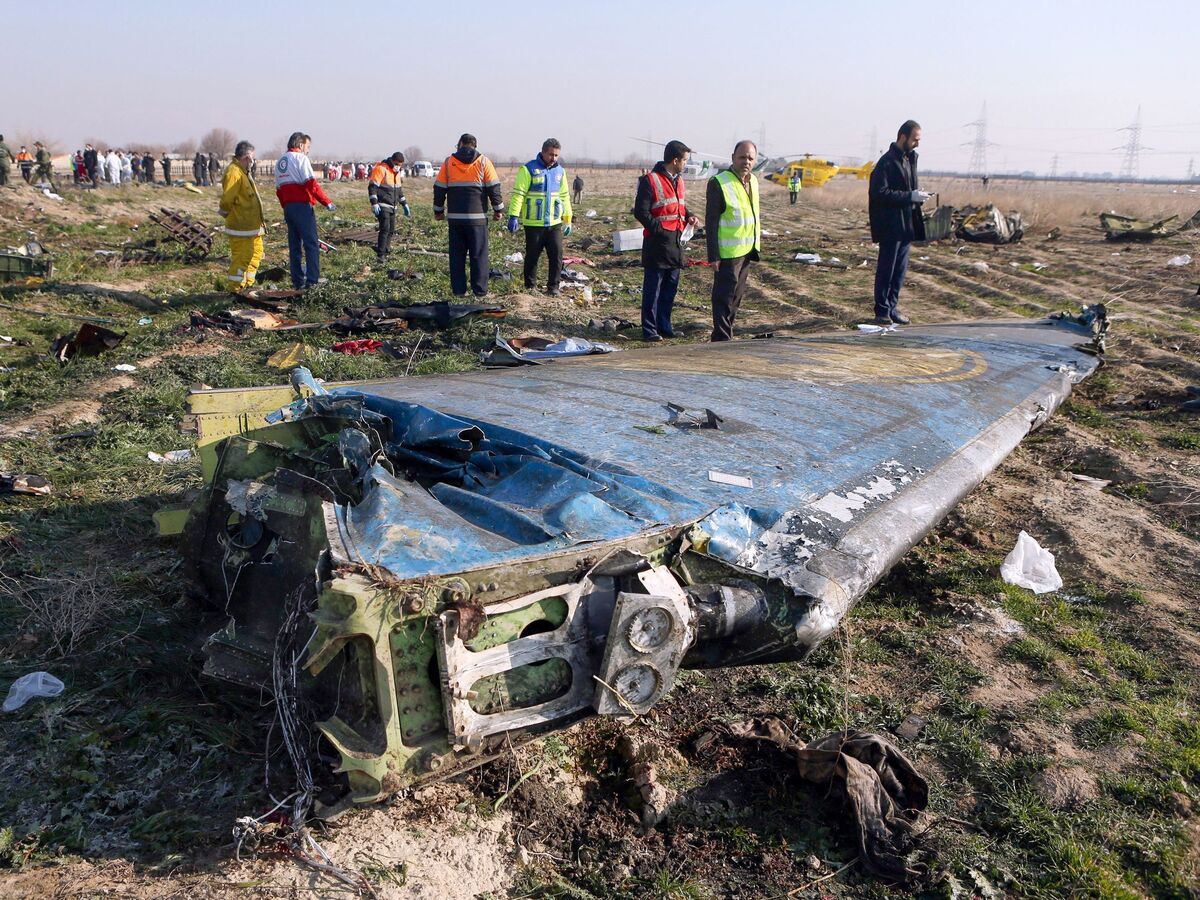 Rescue teams examine the wreckage of the Ukrainian airliner that was shot down shortly after takeoff in the Iranian capital, Tehran, on Jan. 8. Iran says a tragic series of mistakes led to the missile strike.

Human error, a misaligned missile guidance system and a decision to fire without authorization contributed to Iran's downing of a civilian passenger plane in January, according to a new report from Iran's Civil Aviation Organization.

Ukraine International Airlines Flight 752 was shot down shortly after takeoff from the Iranian capital, Tehran, killing all 176 people on board. For several days, no one took responsibility, but signs pointed toward it being struck by a missile. Eventually, Iran admitted it had targeted the plane after mistakenly believing it was a U.S. missile.

"PS 752 was identified by one of the air defense units as a threat and targeted consequently," Iran's accident investigation report says in its introduction, before laying out the pertinent facts. The Kyiv-bound plane received permission from air traffic control to take off from Tehran's Imam Khomeini International Airport. The flight plan was relayed to Iran's air defense coordination center, and the military granted clearance for the plane to depart.

That's when everything went awry. Mistake No. 1: One of Iran's air defense units had been moved — but because of human error, its radar system was never realigned. So when the unit spotted an object traveling on an unknown flight path, the unit didn't realize that it was the Boeing 737-800 that had already gotten clearance.

The air defense unit operator notified command about the object and identified it as a threat. But command never responded and never let the unit operator know that it was the Kyiv-bound flight. "Another link in the chain of events was formed at this point," the report says.

By now, the tragedy still could have been averted, the report says, if not for mistake No. 3: "If at this point he had identified the target as a passenger aircraft, the missile would not have been launched."

The errors continued. From air traffic control's vantage point, PS 752 was following its assigned flight path. But having not heard back from command, the air defense unit operator fired upon the target. He wasn't supposed to do that; Iran's military procedure states that individual units aren't authorized to fire without explicitly getting orders to do so. "The fourth link leading to the firing of the missile was now formed."

The first missile likely hit the plane, the report says. But the rogue unit, still tracking the object, fired again. By now, the aircraft had lost radio communication. It turned to the right. A fire broke out inside the plane. Two minutes later, it crashed into a playground in Khalajabad, exploding on impact. "The aircraft then kept hitting the ground and bouncing on a route towards the airport, making the aircraft pieces, victims' properties, objects and body remains disintegrate completely in a vast area near a residential complex, recreational and sports park, gardens and the surrounding agricultural land," the report says.

All passengers and crew members were killed.

"The sequence of events clearly shows the occurrence of a chain of events initiated by a human error," the report says.

Iran's government had previously explained that it was on high alert after it fired missile strikes on Iraqi bases hosting U.S. troops. That attack was a retaliation for a U.S. drone strike that killed the prominent Iranian military commander Maj. Gen. Qassem Soleimani and militia leader Abu Mahdi al-Muhandis in Baghdad on Jan. 3.

Iran has delayed providing international investigators with the flight's black box recorder but has reportedly pledged to provide it to French investigators on July 20.