Accessibility links
Trump Again Casts Doubt On Fauci As COVID-19 Cases Surge President Trump shares a tweet from game show host Chuck Woolery, who claimed the CDC is lying about the coronavirus pandemic to hurt the president in November's election. 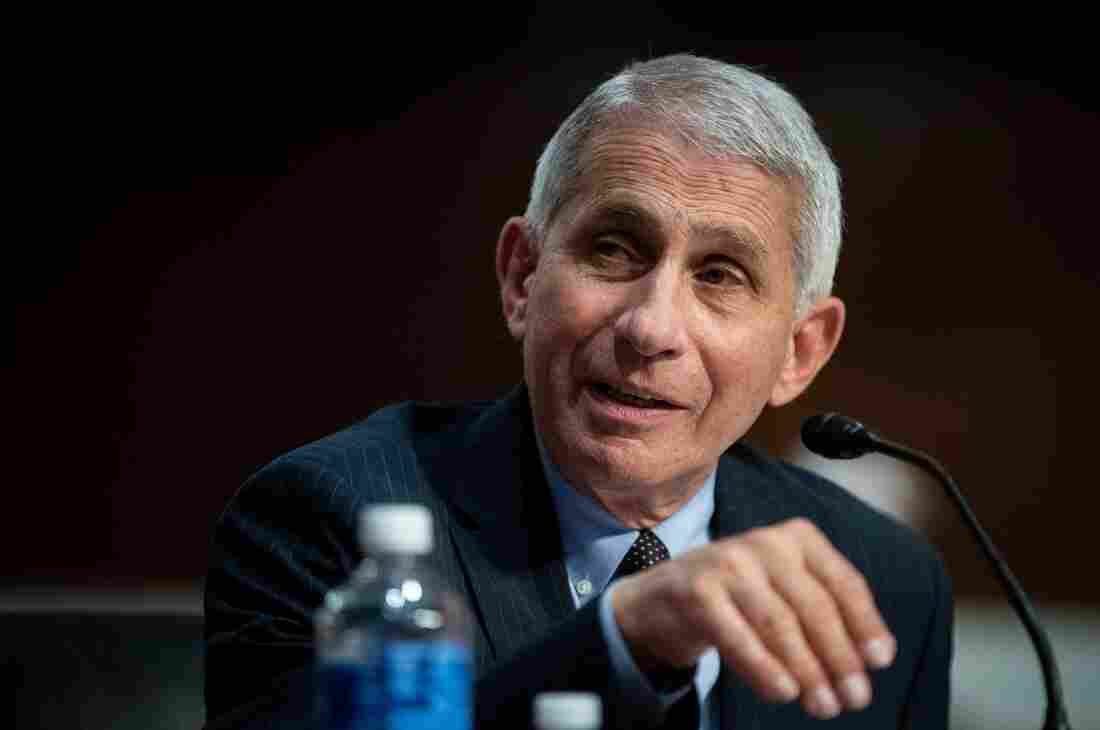 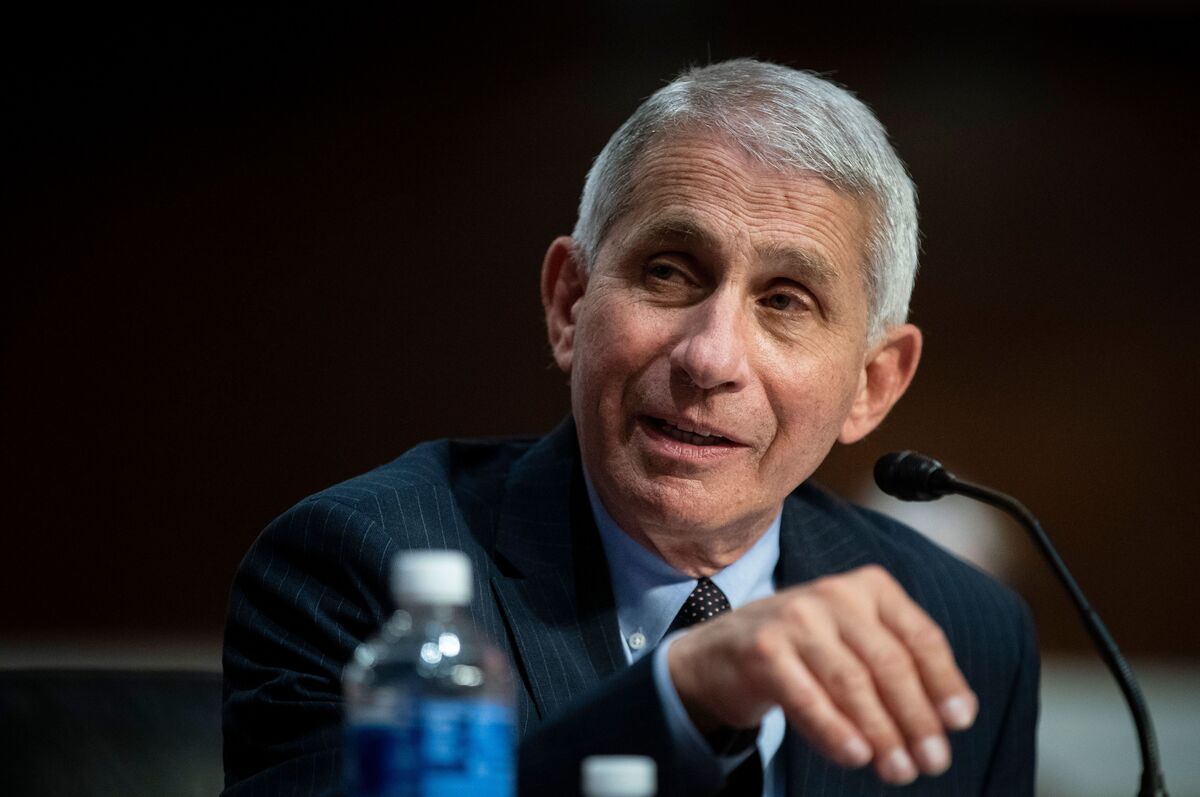 Dr. Anthony Fauci, director of the National Institute of Allergy and Infectious Diseases, has testified before Congress on the spread of the coronavirus. Reports that his relationship with President Trump had soured first surfaced in April.

President Trump once again questioned the expertise of his top public health officials Monday morning, retweeting a conspiracy theory from former game show host Chuck Woolery, who suggested that the Centers for Disease Control and Prevention, the "Media, Democrats [and] our Doctors" are lying about COVID-19 in an effort to hurt Trump in November's general election.

Trump also shared a tweet from Mark Young, who co-hosts a podcast with Woolery, which asked, "So based on Dr. Fauci and the Democrats, I will need an ID card to go shopping but not to vote?"

The president's tweets not only cast doubt on public safety measures top scientists such as Fauci advocate for as the economy continues to reopen but are another example of the fracturing relationship between Fauci and the White House.

Over the weekend, the White House released a statement to The Washington Post, saying "several White House officials are concerned about the number of times Dr. Fauci has been wrong on things," including a list of his comments since the outbreak of the pandemic. The New York Times later reported the list was "laid out in the style of a campaign's opposition research document" and had been "later released to several news outlets."

White House press secretary Kayleigh McEnany on Monday denied that the information distributed to reporters had been intended to be a smear campaign against the country's top immunologist but was instead a "direct answer" to the Post's questions.

"There is no opposition research being dumped to reporters. We were asked a very specific question by The Washington Post," McEnany said.

Reports of a souring partnership between Trump and Fauci first arose in April when the president retweeted a message that include the hashtag "#FireFauci."

When asked Monday whether Trump believed the CDC was intentionally providing misinformation, as expressed in the president's retweet, McEnany deflected, blaming "some rogue individuals" for "leaking guidelines prematurely" on the agency's planned coronavirus response.

"Overall, the notion of the tweet was to point out the fact that when we use science, we have to use it in a way that is not political," she said.

In an interview with NPR's All Things Considered earlier this month, Fauci was asked about his guidance early on in the pandemic that people need not wear masks unless they were sick or health care workers. Along with the surgeon general, Dr. Jerome Adams, Fauci has admitted that was a mistake.

"I think that that did have an effect," Fauci told host Mary Louise Kelly. "You are right, and we have to admit it. That that mixed message in the beginning, even though it was well-meant, to allow masks to be available for health workers, that was detrimental in getting the message across right now. No doubt about it."

White House and administration officials admit there is frustration with the way Fauci is held up as the be-all and end-all when it comes to making decisions on the response to the pandemic. There is also frustration that when Fauci does do interviews, he often ends up saying something that generates headlines and clicks about the White House ignoring Fauci's warnings, or otherwise highlights conflict.

For his part, Fauci has complained during interviews that he's being set up for drama, being asked questions designed to make him openly contradict the president.

One White House official, who declined to go on the record, said Fauci continues to be a valued voice. The official also noted that Fauci's sole focus is public health and that he doesn't have to take into account the various other considerations the White House weighs when faced with decisions about reopening the economy or schools.

It's a message various members of the administration have been pushing in recent days.

Adm. Brett Giroir, who heads up the administration's testing response, told NBC's Meet the Press on Sunday that while he "respects Dr. Fauci a lot," he doesn't have "the whole national interest in mind. He looks at it from a very narrow public health point of view."

McEnany, the press secretary, echoed that sentiment Monday morning on Fox & Friends, saying that Fauci represents just "one viewpoint" within the administration but reassured that his viewpoint "is represented and the information gets to the president through the task force."