Accessibility links
Review: 'Inheritors,' By Asako Serizawa Asako Serizawa's new novel is a tangle of interlocking stories about several generations of a Japanese family, beginning in 1868 and going all the way through to an imagined future in the 2030s.

'Inheritors' Maps A Complicated Family Tree Through The Centuries

'Inheritors' Maps A Complicated Family Tree Through The Centuries 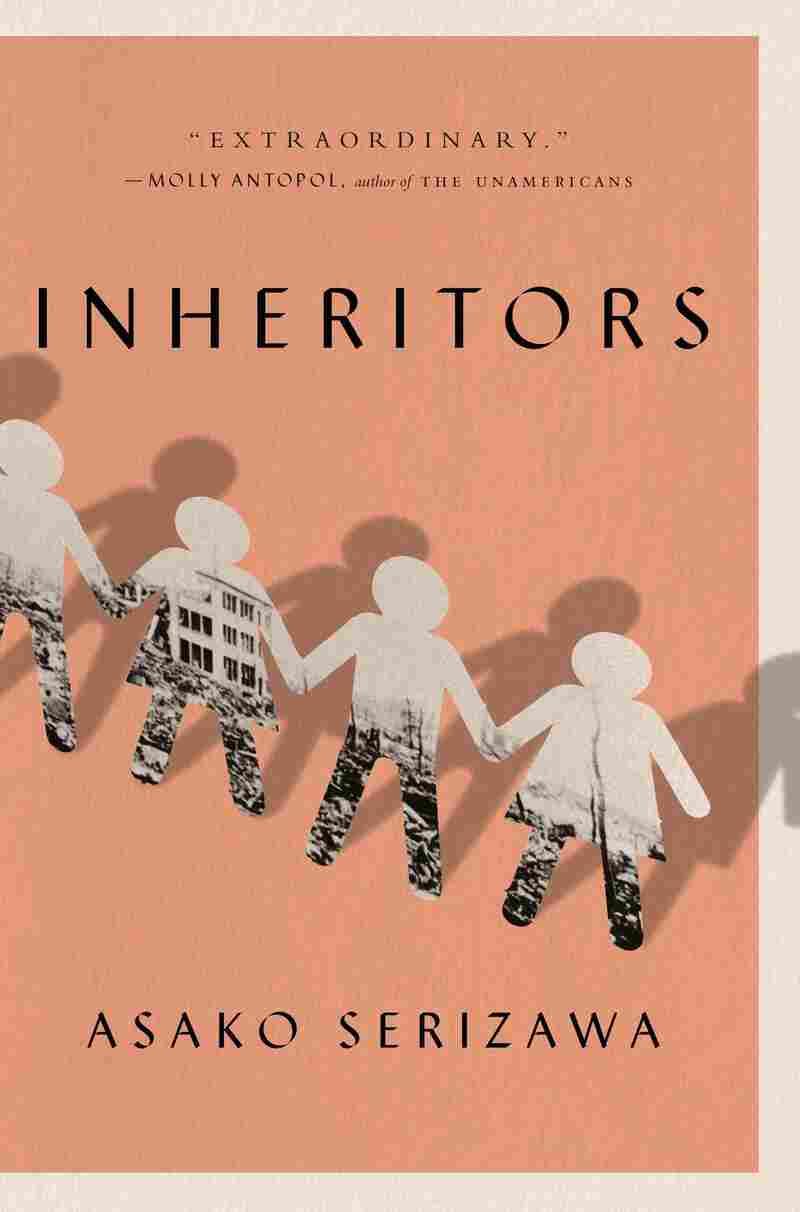 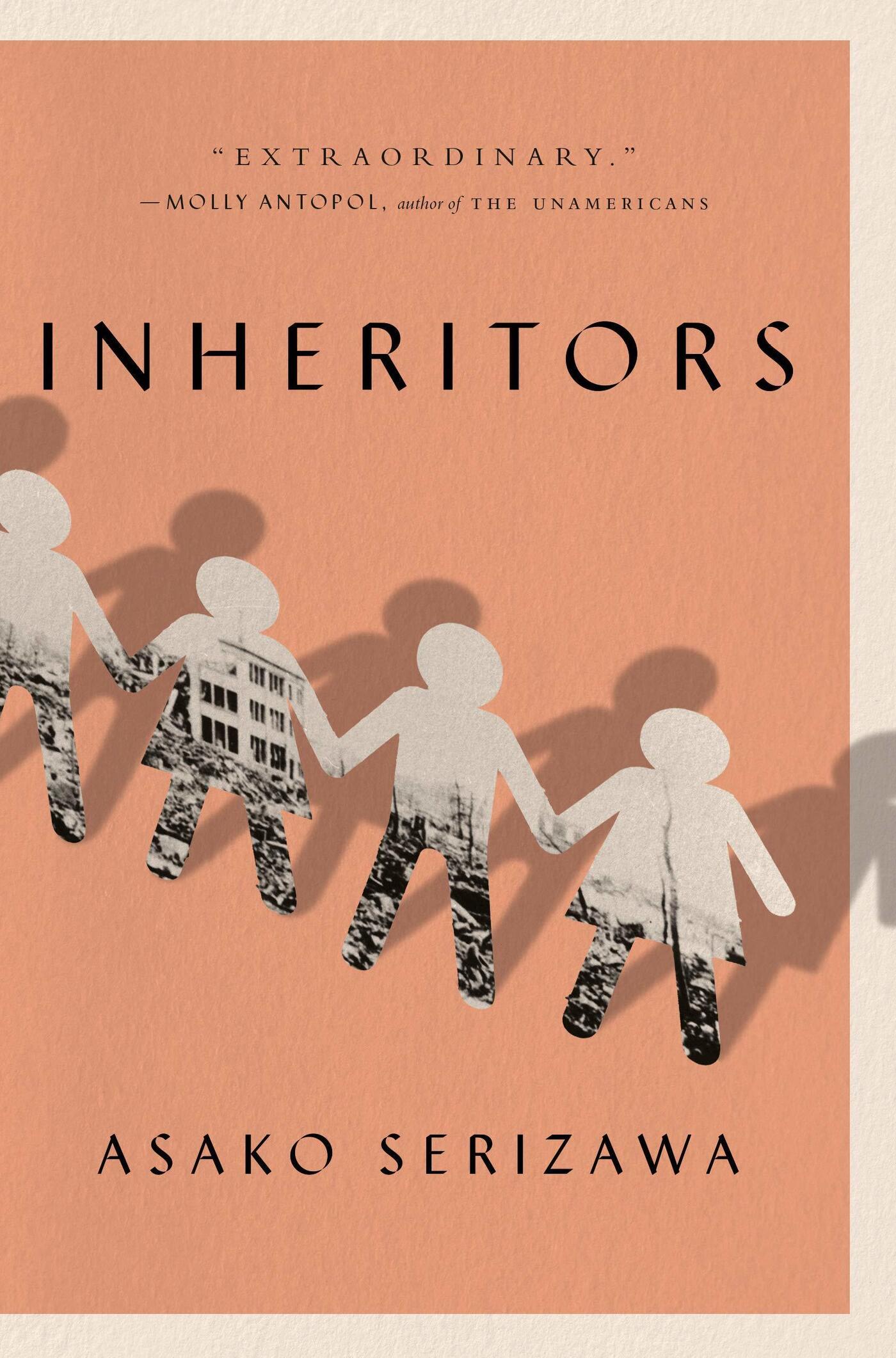 Here, in my neighborhood, life is a mix of re-revised rules for living and reality checks. Every day the local authorities publish new data on the where of illness. Daily a new national atrocity snaps a klieg light on us. Reading these days is a necessary escape from, and immersion into, reckoning. And so it is with Asako Serizawa's stunning and visceral debut, The Inheritors. Every page speaks to our current zeitgeist. Each character in these stories is occupied and occupier, trapped in a moral and existential crisis that's unnerving because it's evergreen, because the nature of human tragedy is our own making and the lessons we keep learning never seem to take.

The book is a labyrinth of collected stories which follow a Japanese family's history over 150 years, beginning in 1868 and emerging into a future set in the 2030's, and connecting one family's multi-generational experiences living in a colonial and post-colonial world — in Japan, China, and the United States. The inheritors are the extended family of Masayuki and Taeko, and their family tree both opens and maps Serizawa's storytelling. Through them, we enter a place constructed of remembered passages and blind alleys — a mother's search for a son presumed lost during the firebombing of Tokyo, a husband's discovery of the alternate life his wife leads to ensure their post-war survival, a doctor's quest for the moral courage he abandoned during World War II at the real-life bacteriological torture palace/laboratory known as Unit 731. The gate out of this labyrinth is a future foretold by sibling technologists, who invent a virtual world to predict the impact of global climate change, by enabling a total abandonment of reality.

In the before times — e.g., pre-pandemic — the big thinking on social issues by institutional media, philanthropy and academia had reached a point of commodification — curated conversations about the nature and causes of oppression, public health, and public policy were (and still are) sold as revenue generating events. Fixing social problems meant having money and therefore access to policymakers. I've curated enough of these events to understand the impact monetized access has on the balance sheet of high profile think tanks and social justice organizations.

But the pandemic and upheavals in our civic culture forced a pivot. Now, we're reckoning on fundamentals — on happiness, on good and evil. Now, ordinary citizens drive the conversations about solutions for the common good, in social media, through street activism, citizen journalism and grass roots litigation. This emerging civic culture is demanding access to solve tough questions: shall we re-boot the American idea? What are national boundaries for? Does American society need something else besides consensus government? What might that something else look like?

The Inheritors provides a stark scenario as one answer. These stories follow the impact of exclusion, of cultural and biological manipulation, of men turning away from humanity, of women turning to a desperate agency of sex work, of children creating agency from despair, told through a familial kaleidoscope of perspectives and voices. But Serizawa's brave storytelling gives us more than an epic arc. She creates a narrative that is in and of itself a multidimensional space. As well, it's an homage to the surreal artistry of writers like Jorge Luis Borges — whose voice she manages to honor with a story which is not an echo but her own capacious, original illumination.

Here is the sagacity of Serizawa's book — her enchantment draws us into a channel of experiences and voices seemingly connected only by the consequences of their tragedies — war, betrayal, rape, murder, abandonment.

The story "Pavilion" is Serizawa's conversation with Borges; here she creates a space where the ancestors and inheritors of Masayuki and Taeko pass into and over and within each other, as two brothers of (literally) different mothers meet and address the tragedy which both separated and reunited them. They discover their brotherly connection is the same but not equal. As they discuss the past and the parallel trajectory of their lives, their conscious desire not to forget folds back on itself so that we, and they, become aware that a moment of conjoining is upon them. It's a moment one of the brothers understands is akin to the Japanese bow of respect — a moment one might consider all possible choices as "we each pause at the threshold of our common space and lower our heads in deference, so that we might together, even under the eternal augur of a curse, ceaselessly start anew in light."

If the nature of human tragedy is our own making and the lessons we keep learning never seem to take, the nature of hope is the mystery of its survival over this interminable caprice. And here is the sagacity of Serizawa's book — her enchantment draws us into a channel of experiences and voices seemingly connected only by the consequences of their tragedies — war, betrayal, rape, murder, abandonment. But within these parables is her paradox — that joy comes from sacrifice, or the understanding that it exists within sacrifice, and not as a consequence but as a matter of one fact — the fact that a space can exist as a blessing, in every moment we take as a beginning.