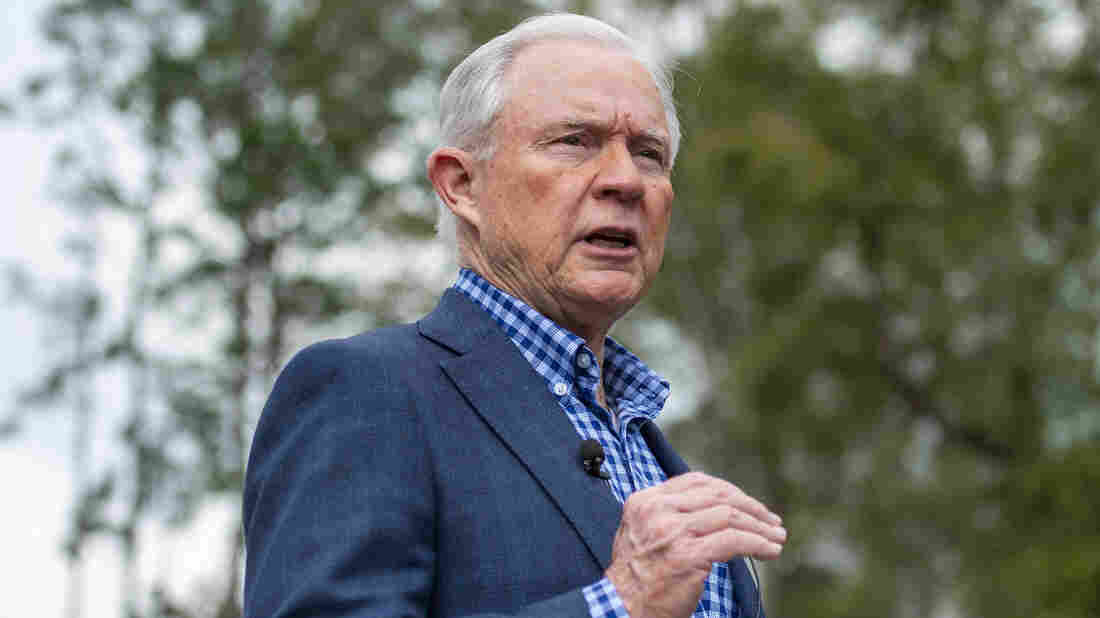 Jeff Sessions talks with the media after voting in Alabama's primary election, on March 3 in Mobile, Ala. Vasha Hunt/AP hide caption 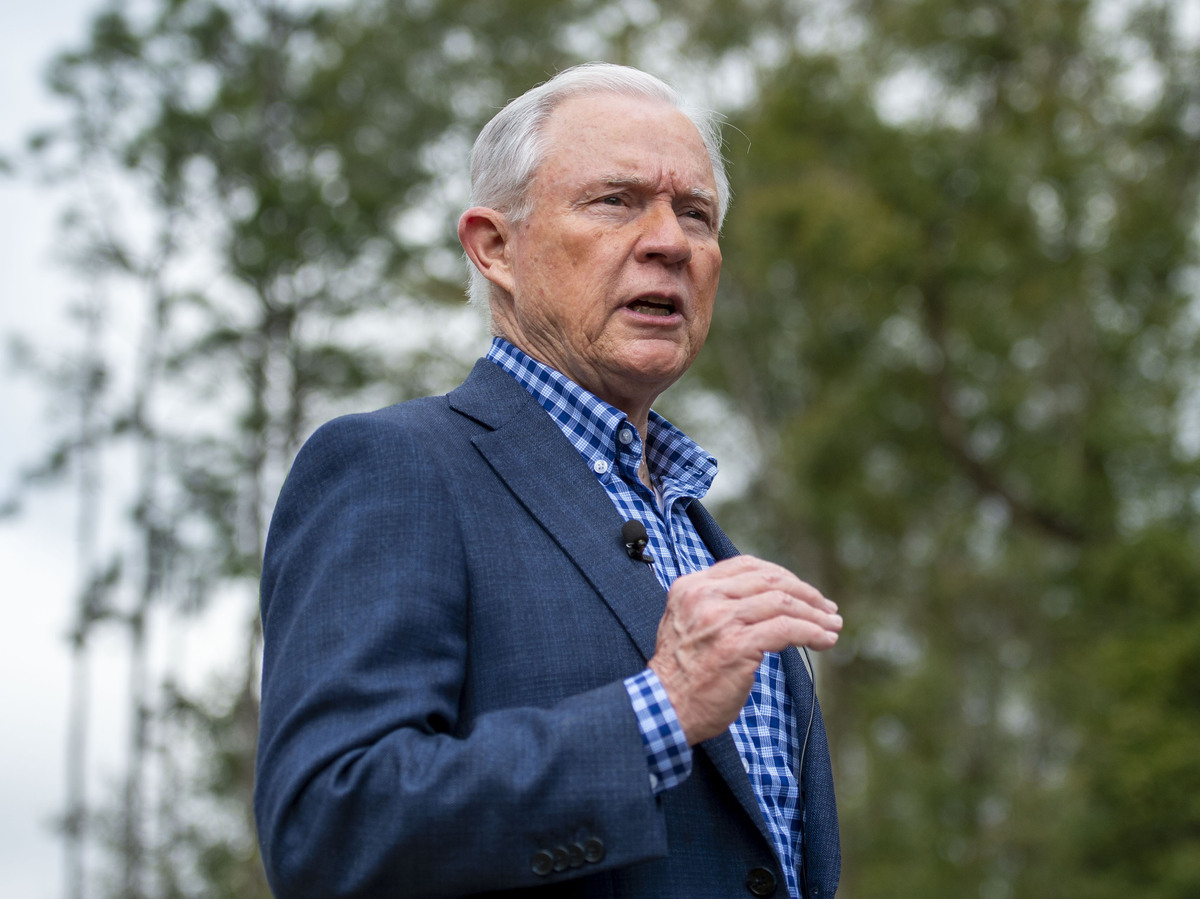 Jeff Sessions talks with the media after voting in Alabama's primary election, on March 3 in Mobile, Ala.

Jeff Sessions has lost a bid to regain his old Alabama U.S. Senate after falling from grace as President Trump's attorney general.

Sessions had been hoping for redemption after enduring months of relentless ridicule from Trump that eventually led to his resignation as the country's top lawyer.

But it was not to be. Sessions conceded defeat to former Auburn University football coach Tommy Tuberville, a political neophyte, who handily beat him in the state's runoff election for the Republican nomination for U.S. Senate.

"I leave elected office with my integrity intact," Sessions told reporters. "I hold my head high."

Tuberville, 65, who was endorsed by the president in the GOP matchup, edged ahead of Sessions in Alabama's state primary in March but failed to secure a majority of the vote, setting up Tuesday's runoff. Tuberville will now face Democratic incumbent Sen. Doug Jones in November.

As the race was called late Tuesday, Trump was quick to tweet about the stinging defeat.

Wow, just called! @TTuberville - Tommy Tuberville WON big against Jeff Sessions. Will be a GREAT Senator for the incredible people of Alabama. @DougJones is a terrible Senator who is just a Super Liberal puppet for Schumer & Pelosi. Represents Alabama poorly. On to November 3rd.

"Tommy Tuberville WON big against Jeff Sessions. Will be a GREAT Senator for the incredible people of Alabama," Trump wrote. 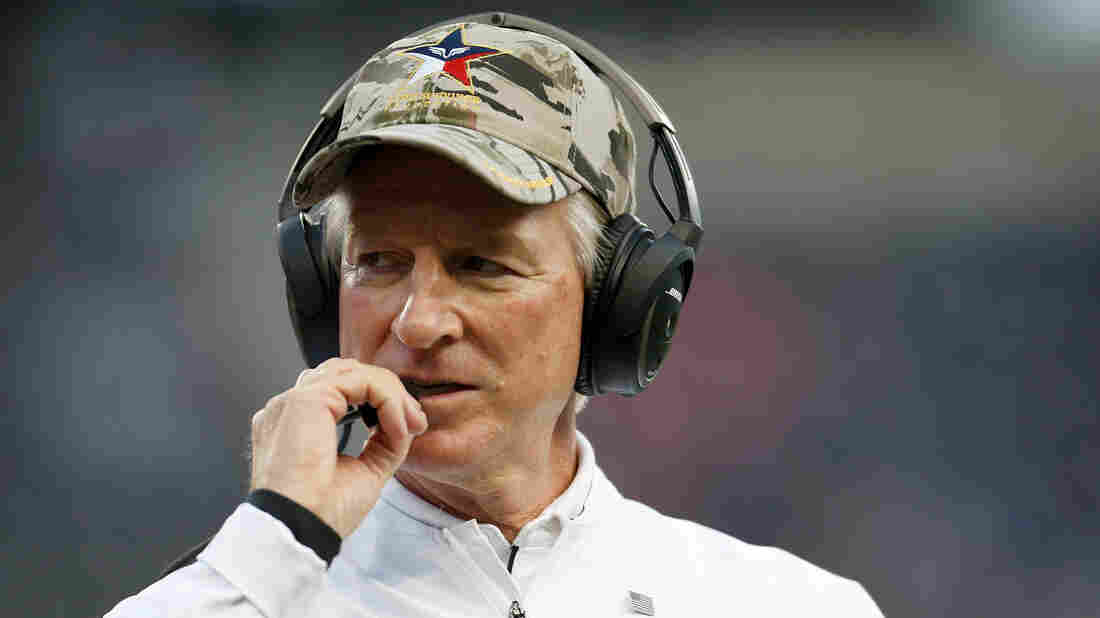 Tommy Tuberville, who had been head coach of the Cincinnati Bearcats football team, was supported by President Trump. Kirk Irwin/Getty Images hide caption

Sessions was an early endorser of Trump's presidential bid and then served as the president's attorney general until he was ousted in the fall of 2018. Sessions faced prolonged criticism from the president for choosing to recuse himself from special counsel Robert Mueller's investigation into Russian election interference. Sessions said he was bound by law to recuse himself.

Trump has continued to mock Sessions, calling him a "disaster" and loudly endorsing Tuberville for the seat.

"I know that he has his strong feelings about this race," said Sessions, who previously held the Alabama Senate seat for 20 years. "I know he's upset about the long, prolonged investigation that really disrupted his life and, in many ways, made it hard for him to govern effectively."

In a recent advertisement, Tuberville highlighted Sessions' tenure in the Trump administration, saying Sessions "wasn't man enough to stand with President Trump when things got tough."

In addition to securing Trump's endorsement, Tuberville outraised Sessions by more than $1 million.

Tuberville faced attacks from the Sessions campaign over his lack of political experience. As NPR's Debbie Elliott reported, the former coach "faced scrutiny for his role in a hedge fund that defrauded investors, and Sessions has criticized him for living in Florida before coming back to Alabama to run for Senate."

Looking ahead to the general election, Jones' seat in the Senate is likely to be the hardest for Democrats to hold onto. Jones narrowly defeated Roy Moore in a 2017 special election amid Moore being accused of sexual assault and having controversial engagements with underage girls.

Jones was the first Alabama Democrat to be elected to the U.S. Senate since 1992. The race is expected to lean Republican, according to the Cook Political Report.