Accessibility links
President Trump Speaks Amid Ongoing Coronavirus Crisis The president addressed the media in the Rose Garden to make a wide-sweeping pitch for his reelection over rival Joe Biden in the Nov. 3 race. 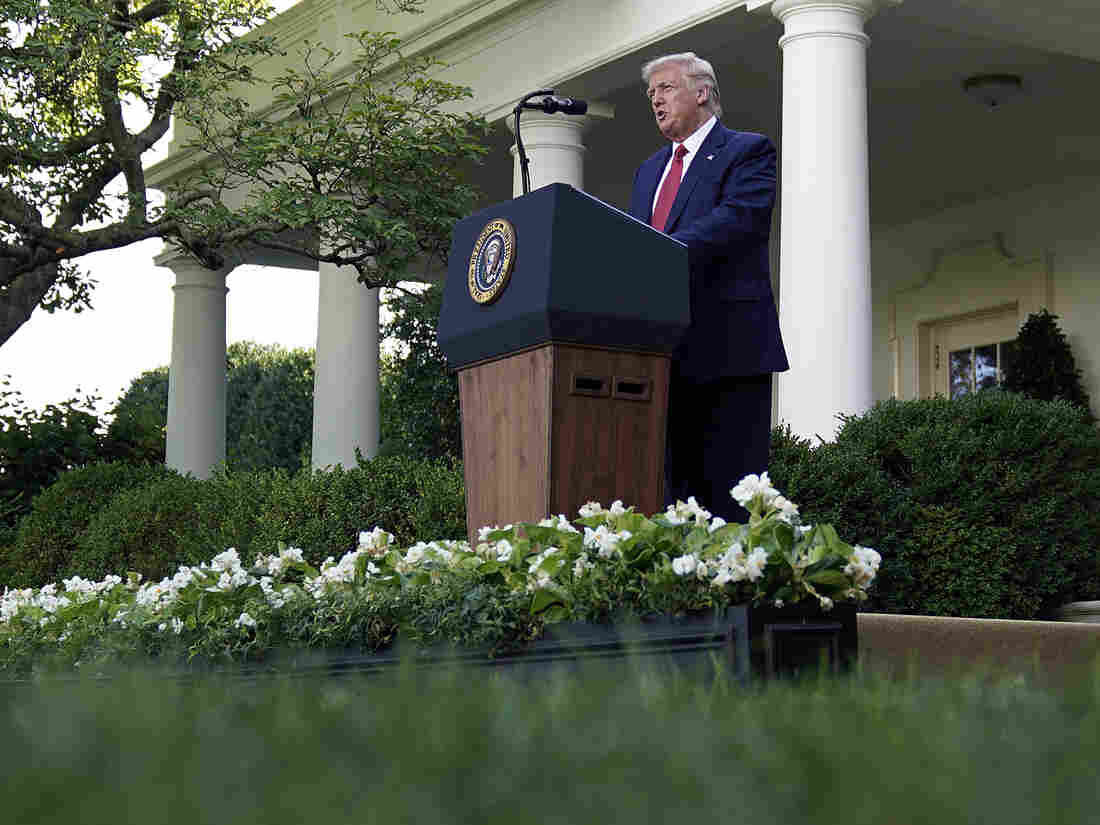 President Trump speaks to the media in the Rose Garden at the White House Tuesday. Drew Angerer/Getty Images hide caption 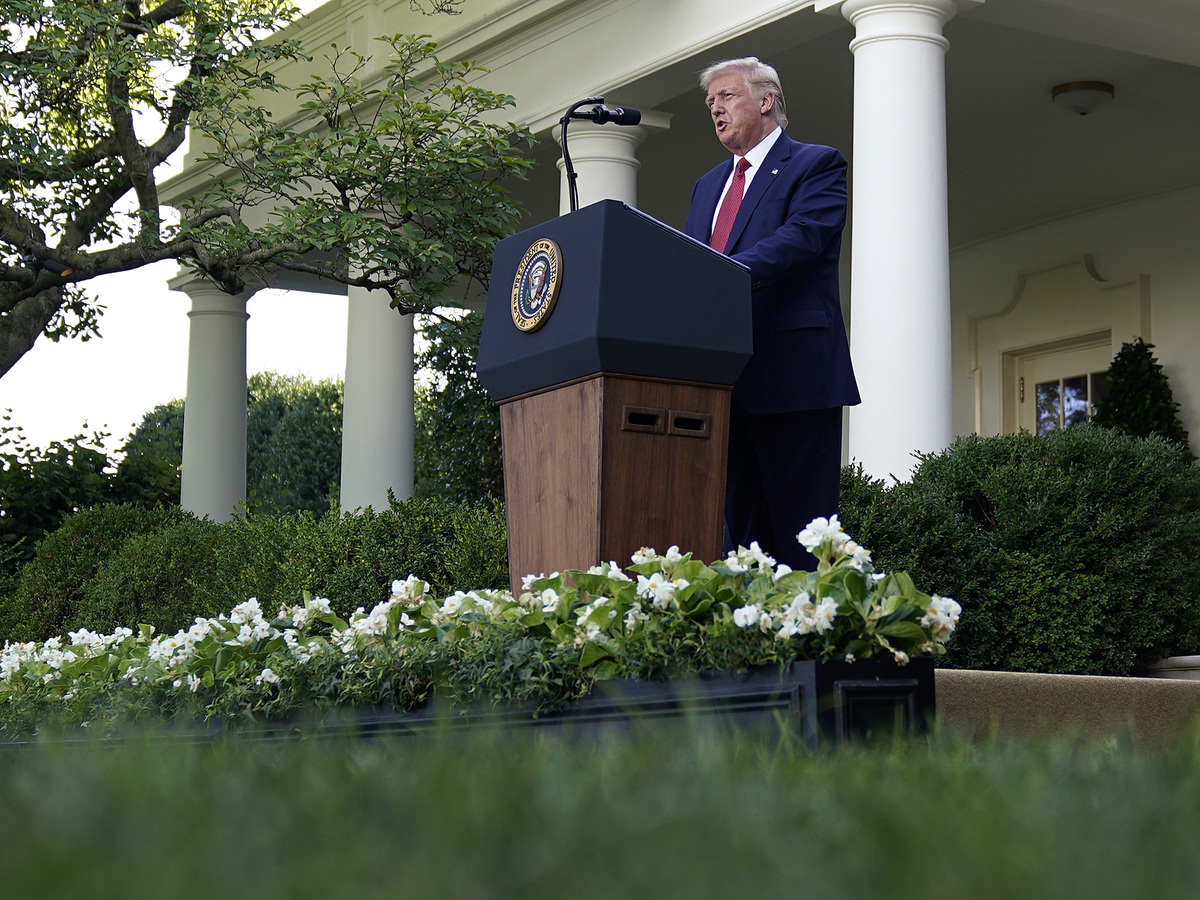 President Trump speaks to the media in the Rose Garden at the White House Tuesday.

President Trump spoke in the White House Rose Garden on a broad range of topics on Tuesday, pitching himself as the stronger competitor over rival Joe Biden to manage the deadly coronavirus pandemic and steer the U.S. economy to prosperity.

His remarks come amid mounting concerns raised by public health officials about his administration's aggressive pitch to return the United States to normalcy, including pushing guidance for schools to reopen for in-person classes this fall.

Trump dedicated some of the first half of his speech to announcing his signing of the Hong Kong Autonomy Act. The resolution ends the city's preferential treatment — as opposed to mainland China — over Beijing's strict imposition of a controversial national security law meant to quell dissent within Hong Kong.

From there, the president launched into a wide-ranging speech in defense of his administration's response to the coronavirus pandemic, and against rival Biden, who he accused of being "radical left" and soft on China.

"If we had listened to Joe Biden, hundreds of thousands of additional lives would have been lost," Trump said, referencing the 2009 swine flu pandemic that killed about 12,500 people in the United States.

So far, nearly 136,000 people in the U.S. have died from Covid-19, and major cities like Miami and Los Angeles remain hot spots in the virus' spread.

In the hour-long address, the president also went after Biden's campaign platform, including the former vice president's newly announced energy and environment plan, which Trump said would "totally demolish" the U.S. economy.

"This would do nothing for the environment but would cripple American industry while helping China."

"When Donald Trump thinks about climate change, the only word he can muster is 'hoax,' " Biden said in prepared remarks Tuesday in Wilmington, Del., "When I think of climate change, the word I think about is 'jobs' — good-paying union jobs that'll put Americans to work."

Voters will cast ballots in the 2020 White House race between Biden and Trump on Nov. 3.