Accessibility links
In Supreme Court Term, Liberals Stuck Together While Conservatives Seemed Split The court's conservative justices wrote separately a lot, often just for themselves. Meanwhile, the court's liberals let their victories speak for themselves and dissented as a bloc. 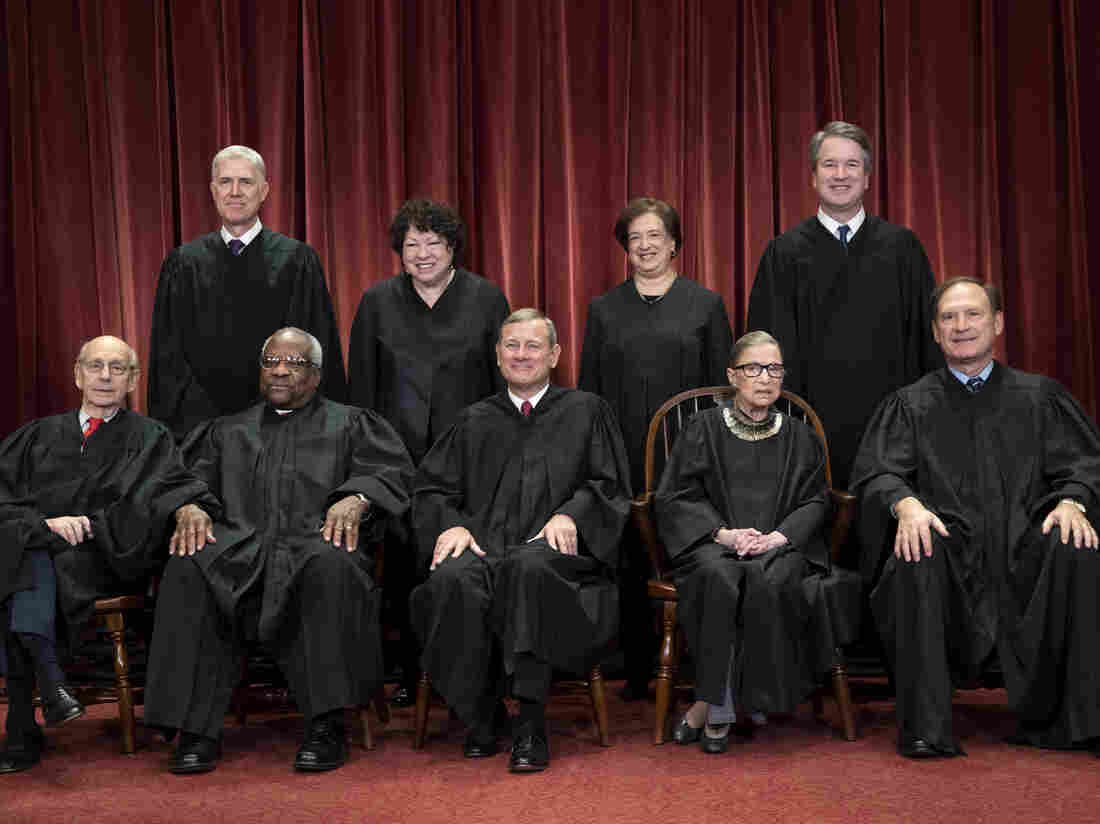 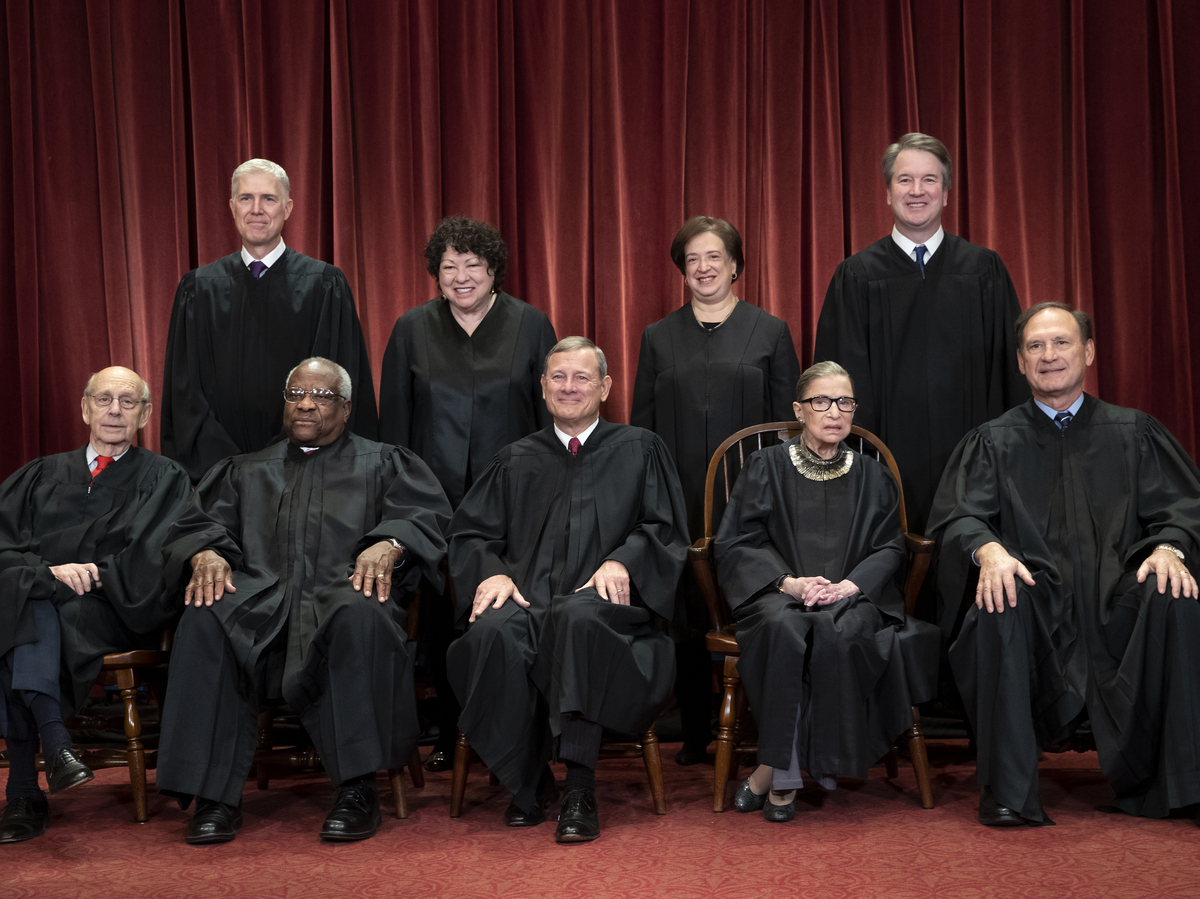 The justices of the U.S. Supreme Court gather for a group portrait.

The recently concluded Supreme Court term was remarkable for many reasons. But for SCOTUS geeks who love numbers, it's worth looking at how the conservatives often split among themselves, while the liberal justices, understanding that they are playing defense, stuck together far more often, refusing to dilute the outcome of their victories by disagreeing with one another.

They wrote nearly two-thirds of the concurring opinions. These are the opinions in which individual justices do not agree with some or all of the reasoning in the majority opinion.

In addition, they wrote more pages than the liberal justices, writing 734 pages of concurring and dissenting opinions, out of 1,214 such pages total.

The most restrained conservative author was Chief Justice John Roberts, who wrote just one concurring opinion and one dissent. But he was the deciding vote in a lot of cases and often wrote the majority opinion in the most important decisions.

The other four conservatives put pen to paper for themselves in especially ideologically charged cases, whereas the liberal justices stayed their hands in most of these.

On the liberal side of the court, Justice Sonia Sotomayor wrote the most concurring opinions — eight of them solo and one joined by Justice Ruth Bader Ginsburg. But in six of those cases, the decisions were either unanimous or 8-1.

While members of each bloc of justices banded together in most cases, the liberal justices more often stuck together overall. Of the 60 votes cast this term, the liberals voted as a unified group 80% of the time. The four most conservative justices voted together in 70% of cases.