Accessibility links
Review: 'The Sandman' Gets A Rigidly Faithful Audio Adaptation Neil Gaiman's impossible-to-adapt dark fantasy series has now been adapted, albeit into a medium no one could've predicted: a ten-hour-long audio drama, featuring a celebrity voice cast. 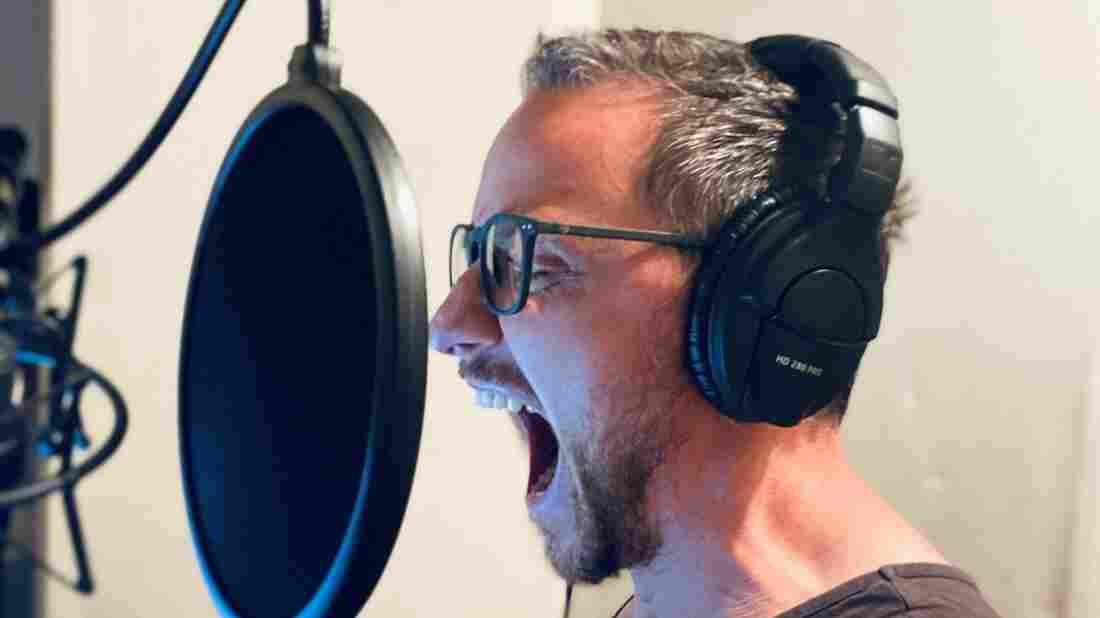 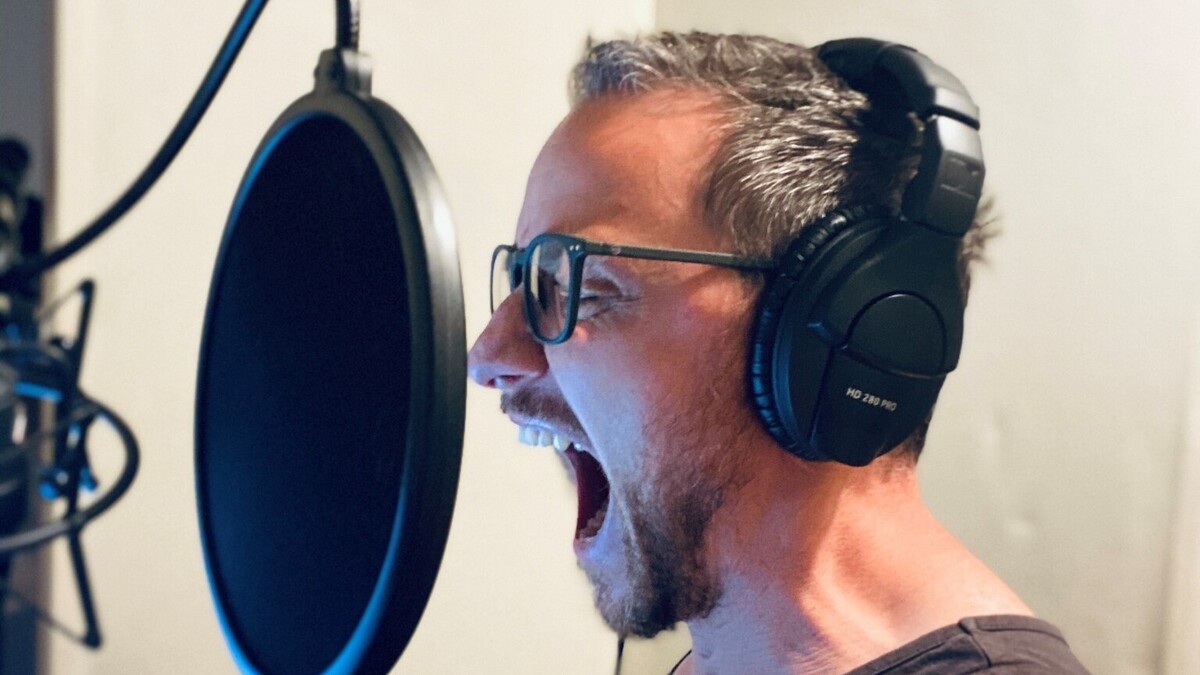 The moment it arrived on comics shelves in 1988, The Sandman was already its own distinct, idiosyncratic — and wholly weird — thing. Which is probably one reason it's resisted adaptation to any other medium for over three decades, despite repeated attempts.

The series, which ran for 75 issues, was written by Neil Gaiman and featured a series of artists including Sam Keith, Mike Dringenberg, Chris Bachalo, Kelley Jones and many more.

It's the story of Morpheus, immortal Lord of Dreams — informally referred to as "Dream" — who is one of a group of siblings tasked to watch over various aspects of reality; conveniently, their names all happen to begin with the same voiced, aspirated stop-consonant: Death, Desire, Destiny, Despair, etc.

When we meet Dream for the first time in The Sandman #1, he has been trapped by a mortal occultist. Stripped of his power and far from his home — an infinite, ever-shifting realm we mortals visit while we sleep — Dream waits and watches for his opportunity to escape. When he does, he sets about reclaiming his tools of office and rebuilding his kingdom. Over the course of the series' run, Dream rubbed his bony, alabaster-white shoulders with gods and monsters from the myths and folklore of many cultures. It grew into a epic, intricately plotted tale that gifted its hero with the one thing comic book characters like him only rarely get to experience — a definitive ending.

But from reading its first few issues, there was no telling how massive — and massively imaginative — the series would become. It had been conceived as one of its publisher's "For Mature Readers" titles, and it featured dark, violent, literally horrific imagery — yet Dream kept running into characters and places from the bright, sunny, primary colored world of DC's superheroes.

One early issue, for example, features Mister Miracle and Martian Manhunter, two heroes from the popular comic Justice League International, helping Dream retrieve his bag of dream-sand from a house with walls covered in bleeding, pulsating human viscera. In another issue, a D-list Justice League villain uses mind control to force the patrons of a 24-hour diner to sexually abuse, mutilate and murder one another.

Of course it makes sense that the series would traffic in horror — if your main character is the Lord of Dreams, he's inevitably going to hang out with a few nightmares. But on its way to becoming a sprawling masterpiece of mythic fantasy, the series harbored a nagging tendency, in those early issues especially, to steer into the cheapest trappings of the horror genre in ways that now read so much smaller, less imaginative and, especially in regard to its fascination with serial killers, howlingly dated.

In his later work, Gaiman would find ways to unsettle and disturb readers in more elegant, effective, insinuating ways. He'd create characters layered with conflicting emotions and motivations. But there's a sense in The Sandman's early going of an author treating his characters as vessels, manipulating them to impart tidy moral lessons straight out of old EC horror comics.

The good news: The Sandman, a property that has proven impossible to adapt for decades, has finally been adapted — and to a medium no one saw coming: A ten-hour audio drama featuring an all-star cast, available today on Audible. It sounds great, and it's a faithful adaptation.

The bad news: It's ... a doggedly faithful adaptation. Rigorously, assiduously, exactingly faithful. No attempt has been made to widen the story's appeal by sanding down some of its rougher, more dated edges. There's all that I-Love-The-80s business with serial killers, but also: The original comic's ties to the hilariously insular and self-referential world of late-80s DC superhero comics, for example, remain completely intact — yep, Mister Miracle and Martian Manhunter turn up, as does longtime deep-bencher Element Girl and evil Justice League villain Doctor Destiny.

The dialogue is lifted directly from the comic — which in most cases works okay, as Gaiman has always possessed a good ear. But passages of youthful, florid prose that functioned as design elements on the comic page tend to land with a wet thud, even when delivered by talented voice actors like Taron Egerton, Riz Ahmed, Justin Vivian Bond, Andy Serkis, Kat Dennings and Bebe Neuwirth — seasoned pros, all. Dennings voices Dream's sister Death, and captures her sense of breezy caprice, yet can't help but get hung up on the character's dialogue, which often sounds stiff and over-written.

Both James McAvoy, who voices Dream, and Michael Sheen, as Lucifer, manage to make Gaiman's dialogue sing, however. That's likely because both characters possess an intellectual formality, a coolly distant, patrician restraint, so when they hit a patch of arch or stilted dialogue they can lean into it and make it work for them.

McAvoy sounds like the Dream you heard in your head, reading the comic: Posh, a bit condescending, emotionally closed-off. He rarely speaks above a whisper, and — given the demands of radio drama — often talks to himself, letting a tinge of self-recrimination and regret into his timbre. (A passage which requires him to enter a fit of rage, on the other hand, doesn't quite get where it needs to; McAvoy's Dream just doesn't seem like a screamer.)

Gaiman himself narrates the story, and does a fine job of it, as his voice, too, possesses a reserved quality that neatly undercuts his prose's propensity for the purplish — not as clipped as McAvoy, but gentler, warmer, making him an effective guide through some of the story's more lurid events.

The Audible series covers the first twenty issues of the comic (or, if you've consumed the tale as most have, the first three trade collections: Preludes and Nocturnes, A Doll's House and Dream Country). That means it features all the grindingly gory details found in those early issues, which — in the case of the 24-hour-diner story especially — can get wearying. But it also offers our first glimpses of the wider, richer, stranger fabulist world the series would later encompass: the Three Witches/Fates/Norns, offering cryptic clues; the vast plains of Hell, thronged with slavering demons; a contingent from Faerie taking in a certain Shakespeare play on a verdant English hillside.

It comes to an end, unfortunately, just at the moment in the comic when Gaiman started pivoting to tell a grander, and even more gloriously weird, story; if it does well, here's hoping we get a second installment, and a third.

I suspect the Audible series will do well — after all, the comic remains both 1. hugely influential and 2. actually good, and its many readers will likely appreciate the audio drama's strict, unwavering adherence to Gaiman's every particular.

As for how it might be enjoyed by those who haven't read the comic — that's less clear. Comics are a visual medium, and one of the principal joys of reading The Sandman is encountering the multitudinous ways that the series' different artists interpret Dream and his world, literally shaping it in light and shadow, line and color — and in so doing, shaping the book's mood, tone and meaning. Where the comic offers an arresting, unforgettable blend of prose and art, the audio drama simply extracts the plot and dialogue and gets some very good actors to walk us through them, while tossing out brief physical descriptions here and there.

Which is to say: It's likely not the ideal introduction to the world of The Sandman, but it's a well-executed means to return to it, if your trade paperbacks are sitting in storage somewhere.