Accessibility links
Senator Lifts Hold On Military Promotions After Assurances On Impeachment Witness Sen. Tammy Duckworth, D-Ill., had demanded proof that Lt. Col. Alexander Vindman, who retired last week, was included on a list of more than 1,000 officers submitted to the White House for promotion. 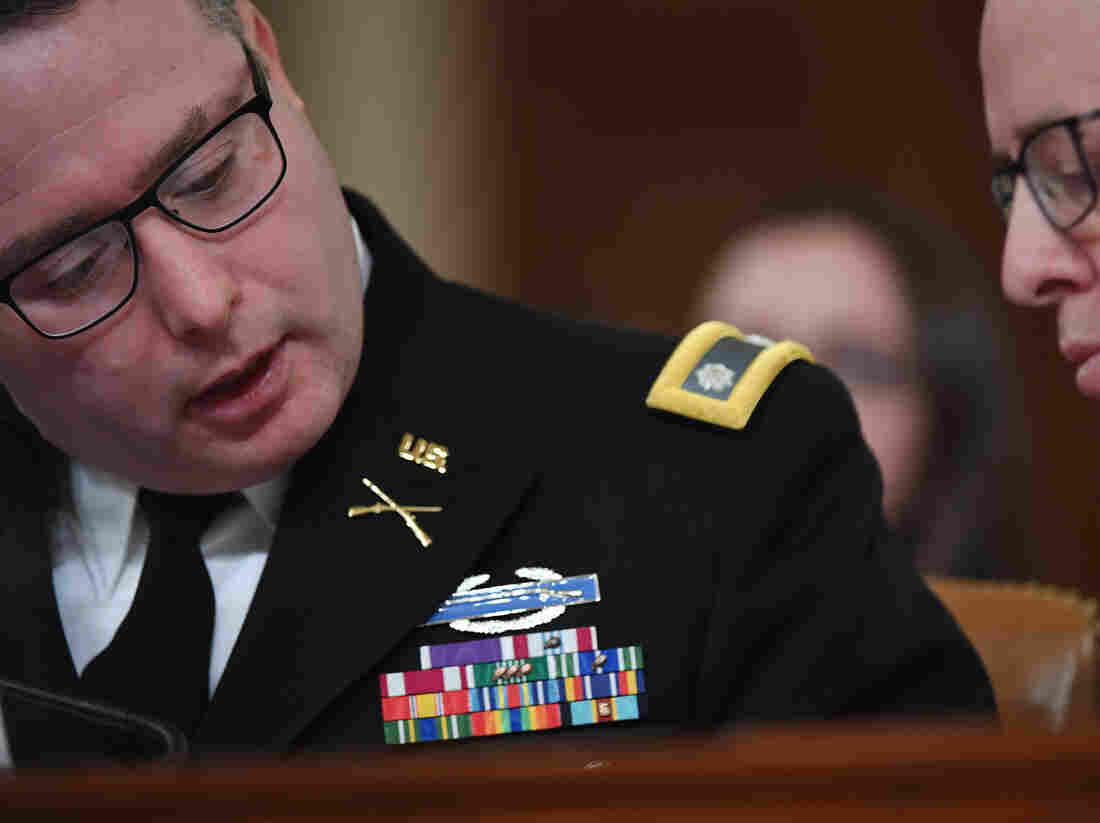 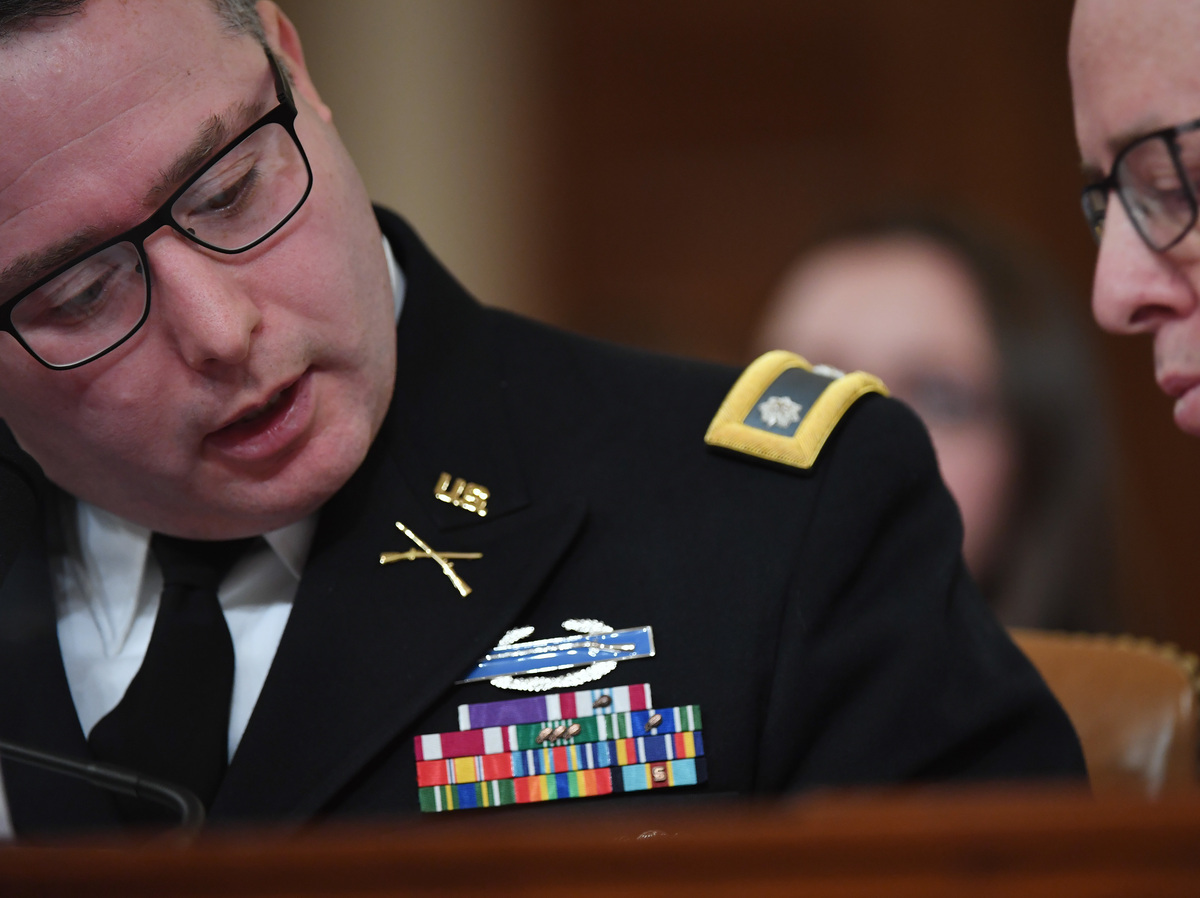 Sen. Tammy Duckworth, D-Ill., said Tuesday that she would lift a hold on more than 1,100 senior military promotions after the Department of Defense assured her that it did not block the promotion of Army Lt. Col. Alexander Vindman — a key witness in the impeachment inquiry of President Trump.

Duckworth, a member of the Senate Armed Services Committee and combat veteran, put the hold on promotions earlier this month, demanding written confirmation from Defense Secretary Mark Esper that the former National Security Council aide had been recommended for advancement to full colonel.

"Donald Trump's unprecedented efforts to further politicize our military by retaliating against Lt. Col. Vindman — for doing his patriotic duty of telling the truth under oath — are unconscionable," the senator said in a statement announcing that she would lift the hold. "I'm glad the Department of Defense was finally able to set the record straight that Vindman had earned and was set to receive a promotion to Colonel."

"We must always protect the merit-based system that is the foundation of our Armed Forces from political corruption and unlawful retaliation," she added.

Vindman, who immigrated to the United States from Ukraine as a child, testified before the House Intelligence Committee last year, raising concerns about a call he listened in on between President Trump and Ukraine President Volodymyr Zelenskiy. The testimony earned him Trump's ire.

In February, Vindman was fired from the NSC and escorted out of the White House. His twin brother, Yevgeny, also an Army lieutenant colonel, who did not testify at the impeachment hearings, was fired the same day from his job as an ethics lawyer at the council.

Through his lawyer, Vindman announced last week that he would retire from the Army following a campaign of "bullying, intimidation, and retaliation" against him that had "made it clear that his future within the institution he has dutifully served will forever be limited."

Duckworth, a former Army helicopter pilot who lost both legs after getting shot down in Iraq, has been an advocate for veterans' affairs. She was elected to the U.S. House in 2012 and to the Senate in 2016.